Beyond Disruption: Technology's Challenge to Governance

In Beyond Disruption: Technology’s Challenge to Governance, George P. Shultz, Jim Hoagland, and James Timbie present views from some of the country's top experts in the sciences, humanities, and military that scrutinize the rise of post-millennium technologies in today’s global society. 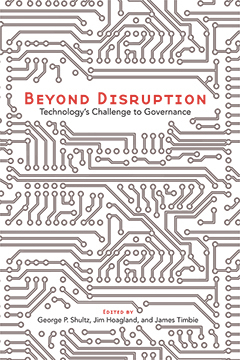 Beyond Disruption: Technology's Challenge to Governance 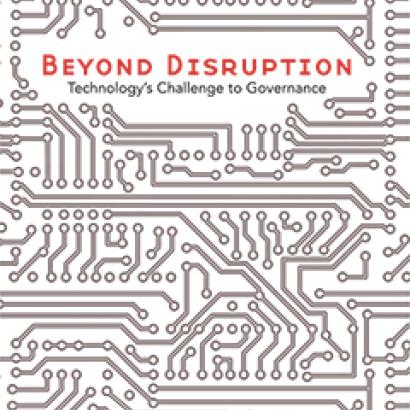 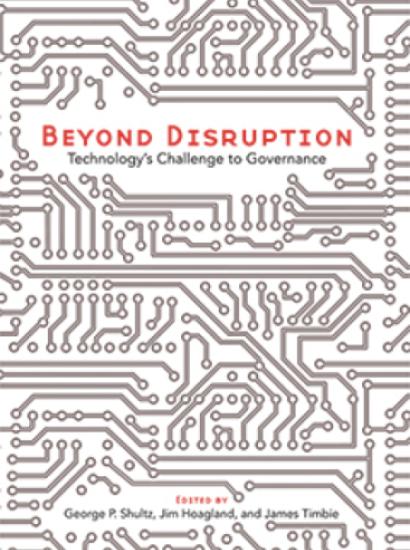 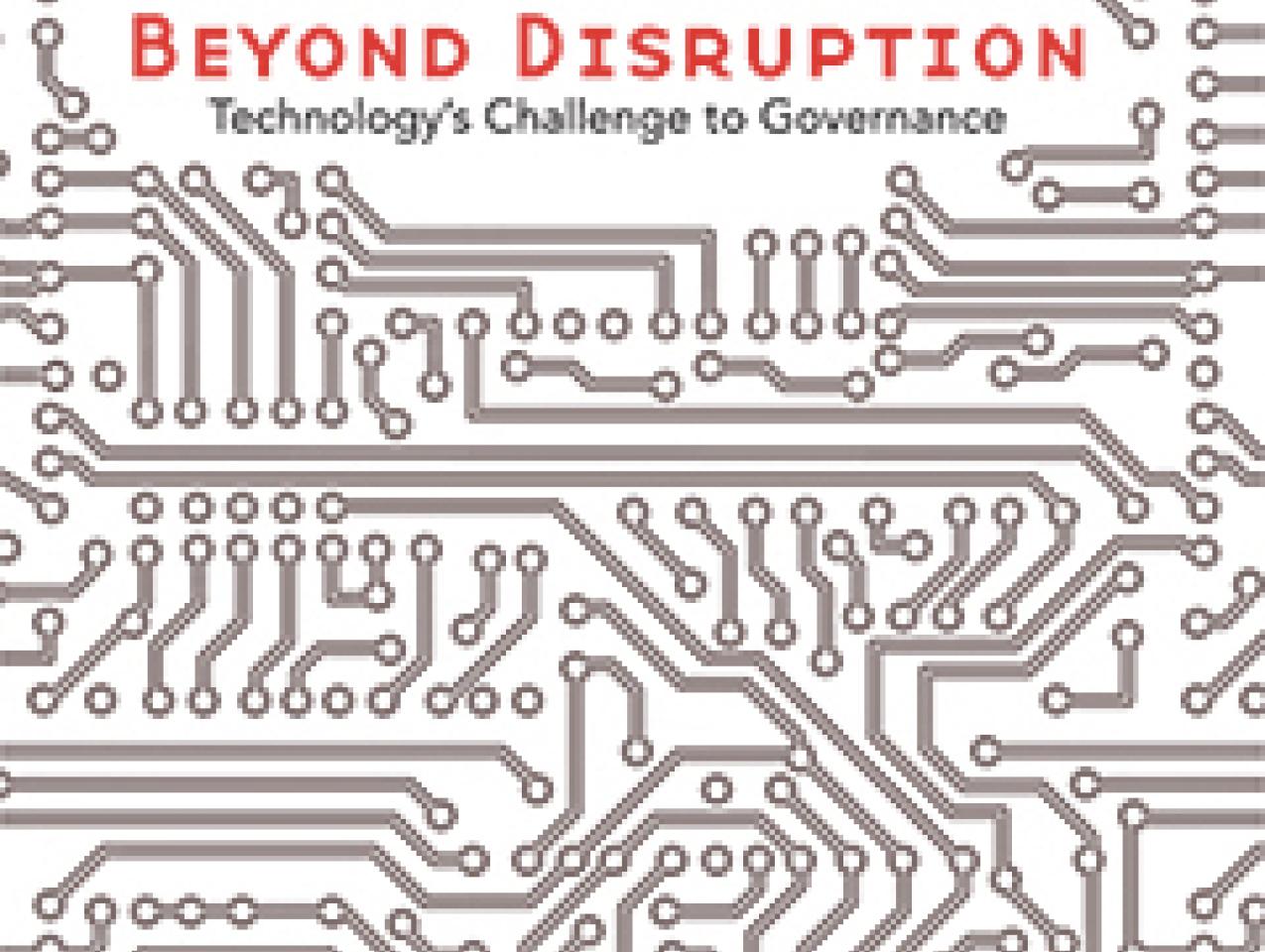 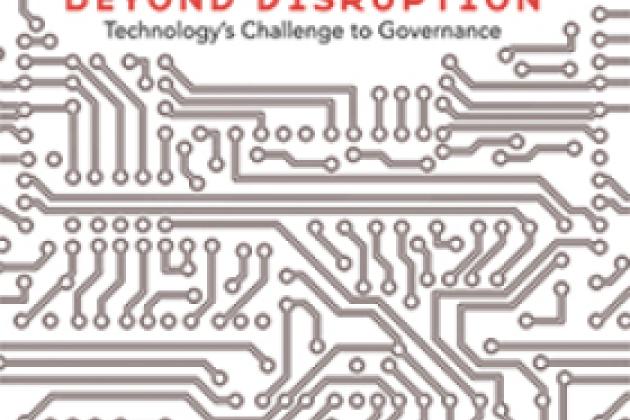 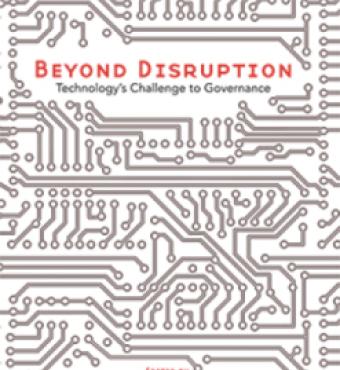 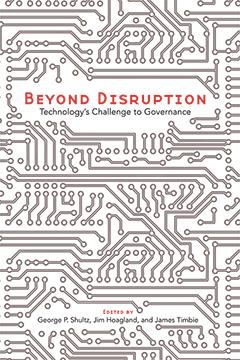 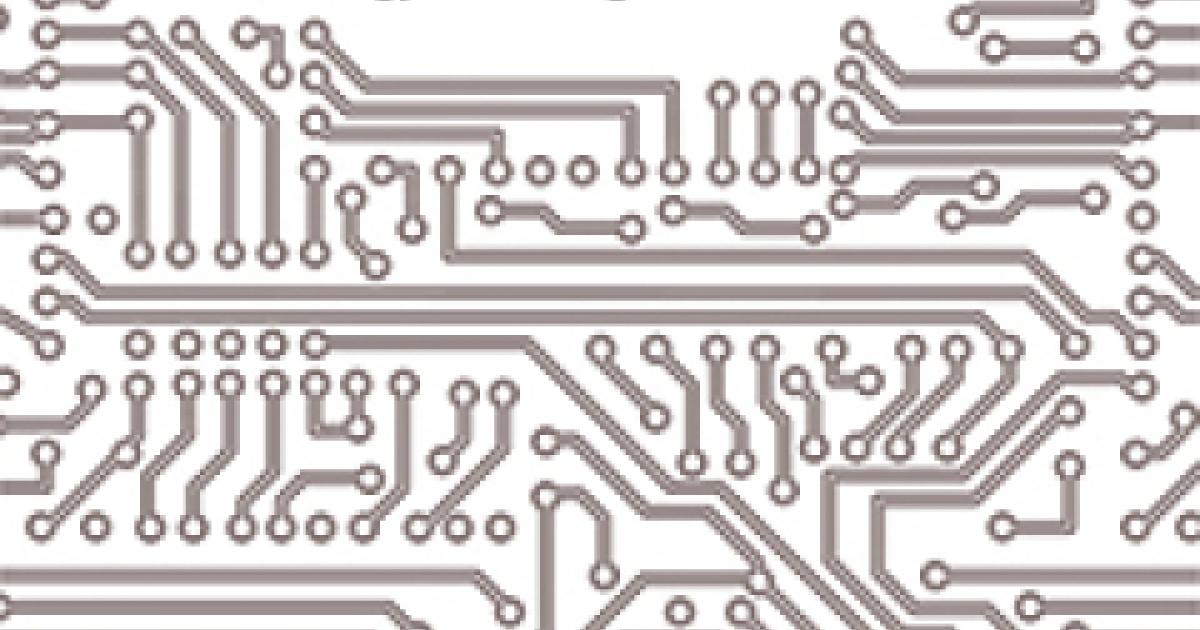 In Beyond Disruption: Technology’s Challenge to Governance, George P. Shultz, Jim Hoagland, and James Timbie present views from some of the country's top experts in the sciences, humanities, and military that scrutinize the rise of post-millennium technologies in today’s global society. They contemplate both the benefits and peril carried by the unprecedented speed of these innovations—from genetic editing, which enables us new ways to control infectious diseases, to social media, whose ubiquitous global connections threaten the function of democracies across the world.

Decision makers are watching as a surge of new technologies begin to take hold of nearly every industry. Beyond Disruption’s contributors explore this rapid wave of technological advancement and assess its impact on society and national security. Some techniques, like the advent of machine learning, have enabled engineers to create systems that will make us more productive. For example, self-driving vehicles promise to make trucking safer, faster, and cheaper. However, using big data and artificial intelligence to automate complex tasks also ends up threatening to disrupt both routine professions like taxi driving and cognitive work by accountants, radiologists, lawyers, and even computer programmers themselves.

For more information, visit the Hoover Press; or download PDFs of individual chapters below.

CHAPTER 1: Technological Change and the Workplace

The computation and communication technologies that enabled the information revolution continue to advance rapidly, promising benefits and efficiencies but also raising questions concerning displacement of workers, inequality, and privacy.

CHAPTER 3: Governance and Security Through Stability
by Raymond Jeanloz and Christopher Stubbs

Just as advancing technologies are disrupting many sectors of the domestic economy, they are also transforming the international security arena. Diplomacy, deterrence, and direct military action, tools that have long been used to protect our national interests, are being challenged by rapidly evolving technologies that present new problems with no clear solutions.

Nearly one hundred years ago, Christian Lange was awarded the Nobel Peace Prize for his lifelong commitment to and advancement of the theory and practice of internationalism, the promotion of greater political or economic cooperation among nations.

We are living in a time of explosive manmade change. Breakthrough advances in the sequencing, decoding, and manipulation of genomes of all organisms are occurring at the same time as disruptive changes in the world’s ecosystem. We are in the midst of the sixth great extinction, which is predicted to culminate in the elimination of about 30 percent of all ocean corals, sharks, and rays, 30 percent of all freshwater mollusks, 25 percent of all mammals, 20 percent of all reptiles, and about 15 percent of all birds currently alive.

CHAPTER 6: Governance and Order in a Networked World
by Niall Ferguson

“Is the world slouching toward a grave systemic crisis?” asked the historian Philip Zelikow at the annual gathering of the Aspen Strategy Group earlier this summer, the kind of “deep system- wide crisis .  .  . when people all over the world no longer think the old order work[s].” Among the reasons he gave for anticipating such a crisis was “the digital revolution and the rise of a networked world.”

CHAPTER 7: Governance from an International Perspective
by William Drozdiak

Disruptive technologies pose a pervasive challenge to democracies around the world. Th ese engines of human progress bring vast benefi ts. But they also pose risks to fundamental values of democracy. In some cases, new technologies that off er a great leap forward for humanity—instant communications around the globe or the creation of driverless cars that curtail deadly accidents—can also be viewed as potential threats to political order, shared prosperity, and stable communities.

CHAPTER 8: Governance and the American Presidency
by David M. Kennedy

My subject is the American presidency. I will mention some specific presidents, but my main concern is not with individual personalities. It is rather with the nature and attributes of the office of the president: its place in American constitutional architecture, its operational functions in the machinery of American governance, and its relation to American political culture—in particular, the standing of the office in the public’s eye and its relation to the organs of the media as they have evolved over the last two and one half centuries.

Language has been regarded as the original and most fundamental human tool. At certain points in history when other aspects of technology have enhanced or damaged the use of language, major changes in world order have resulted. We are witnessing such a phenomenon now, with impacts on individual psychology, on socio- pathologies, on autocratic regime powers, and on democratic governance.

REFLECTIONS ON DISRUPTION: Economic Governance
by John B. Taylor

I am grateful for the opportunity to discuss economic issues in this volume in honor of Sid Drell. Sid’s office at the Hoover Institution was just down the hall from mine, and I recall many discussions with him about government policy and economics.

Over the last few years, my research has focused on the black market for something called a zero day vulnerability, which a lot of people were not familiar with—or at least they weren’t four years ago. These days people are more familiar with this market thanks to an Apple–FBI–Department of Justice case a little over a year ago, when the DOJ sought in court to force Apple to create a backdoor into an iPhone used by one of the gunmen in the San Bernardino, California, shootings.

Ch. 1: Technological Change And The Workplace

Ch. 3: Governance And Security Through Stability

Ch. 4: Governance In Defense Of The Global Operating System

Ch. 6: Governance And Order In A Networked World

Ch. 7: Governance From An International Perspective

Ch. 8: Governance And The American Presidency