Scholars at the Hoover Institution—professors, thinkers, and practitioners of global renown in their respective fields—offer a series of policy ideas that would shore up the long-term foundations of American strengths. 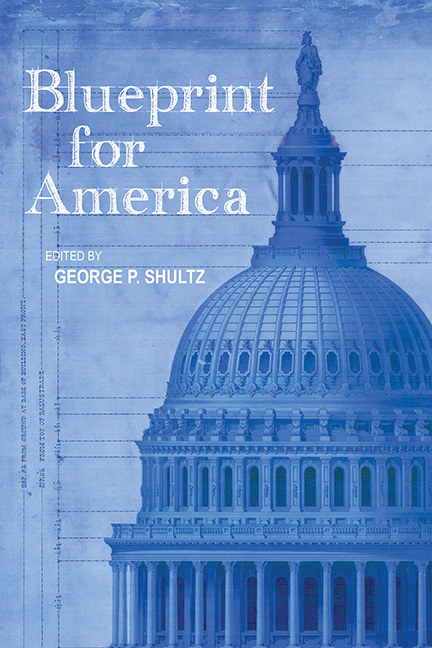 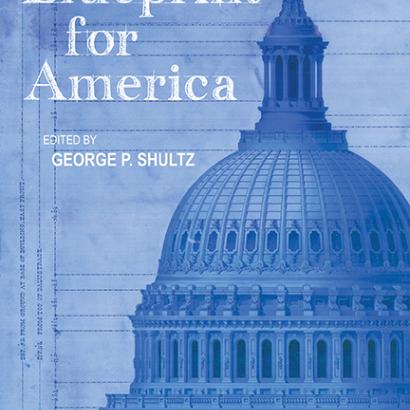 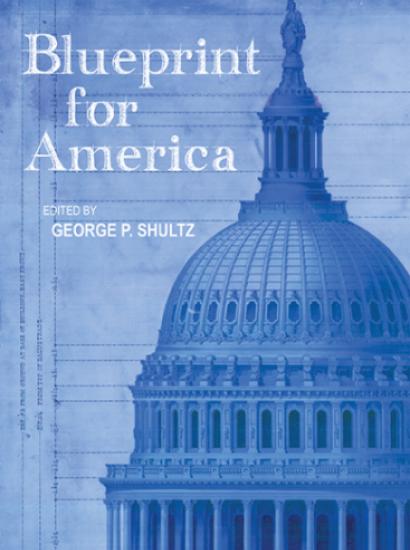 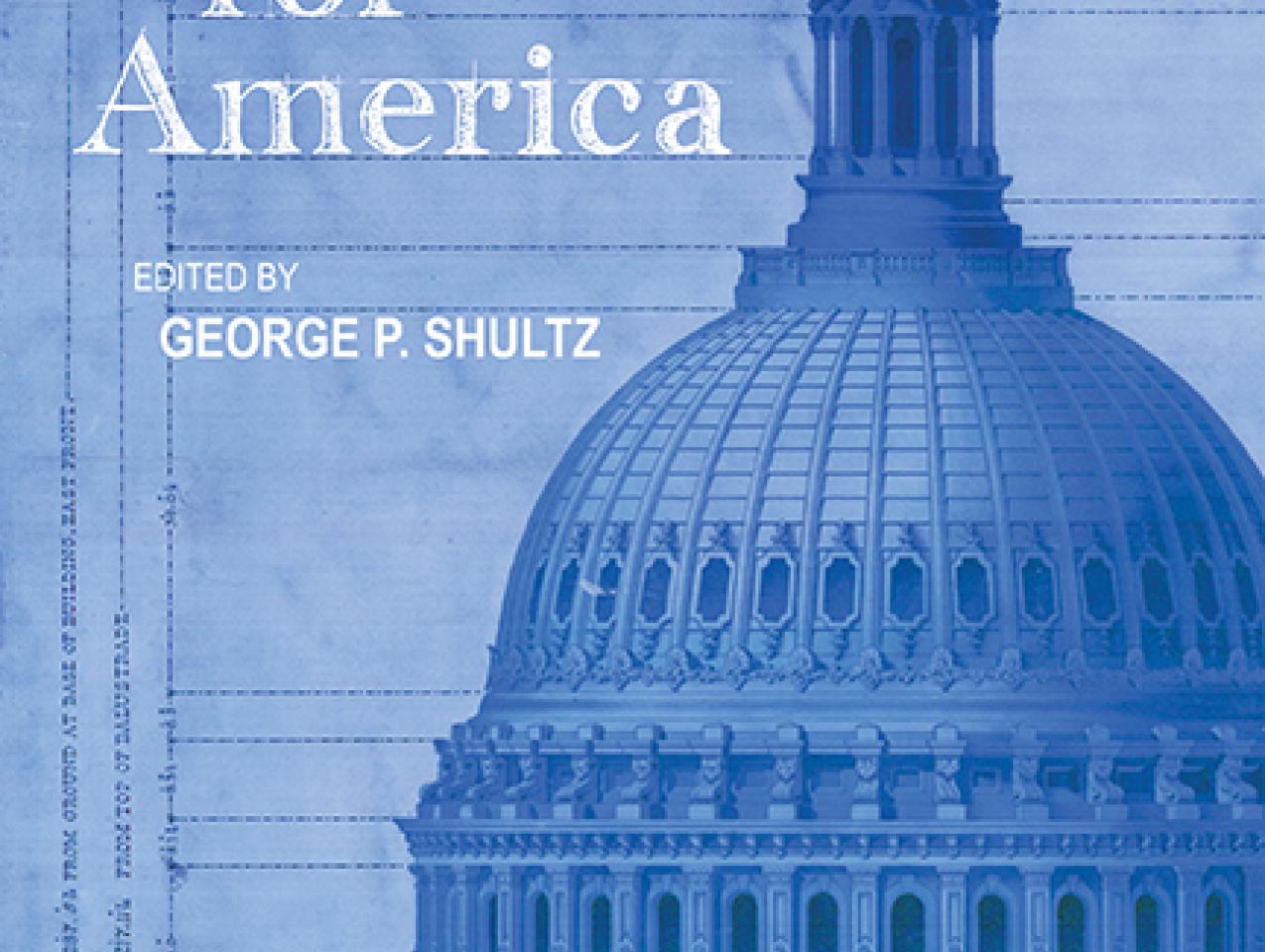 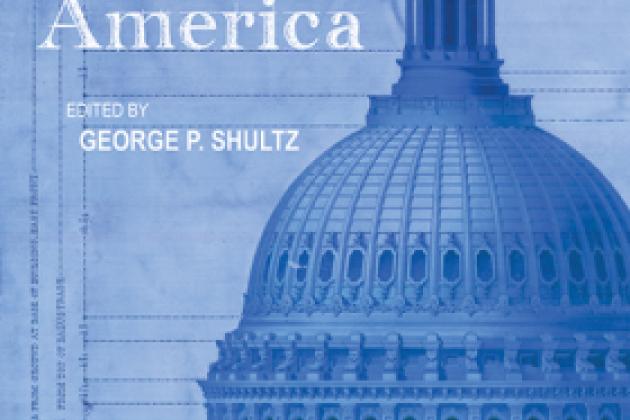 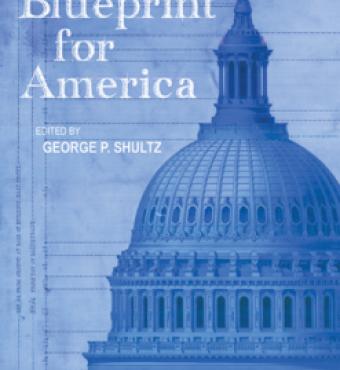 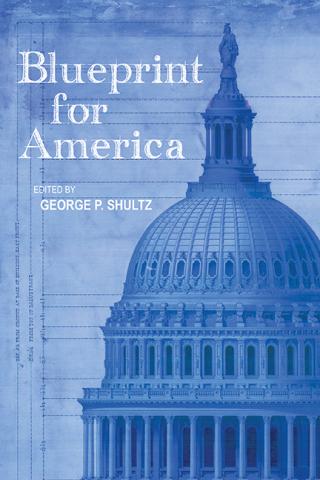 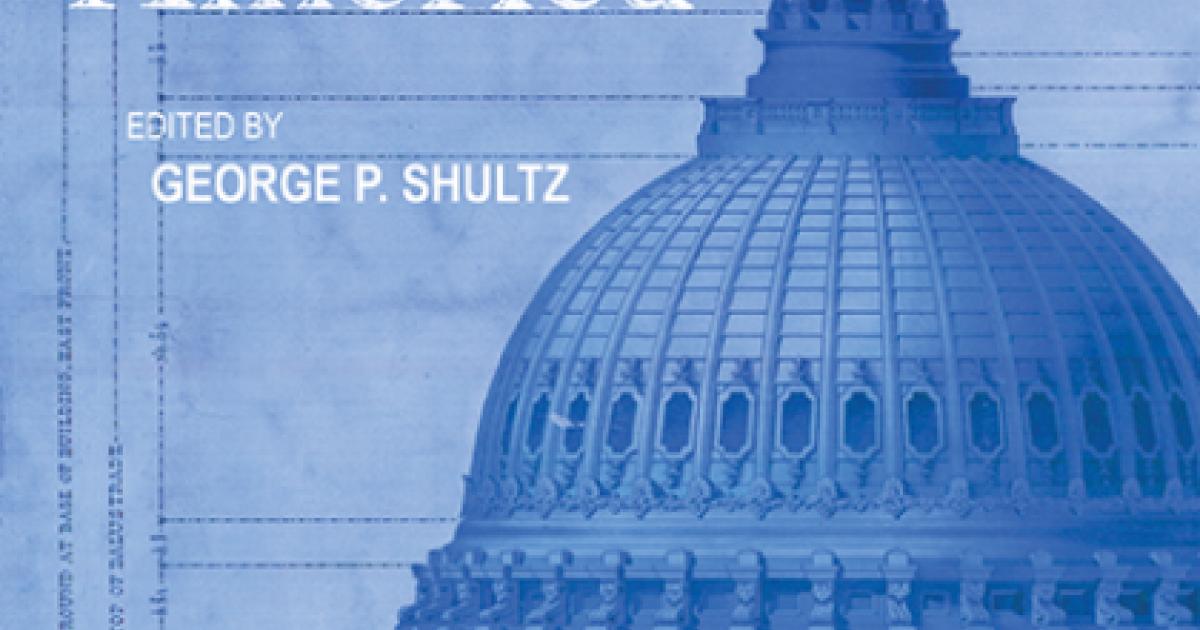 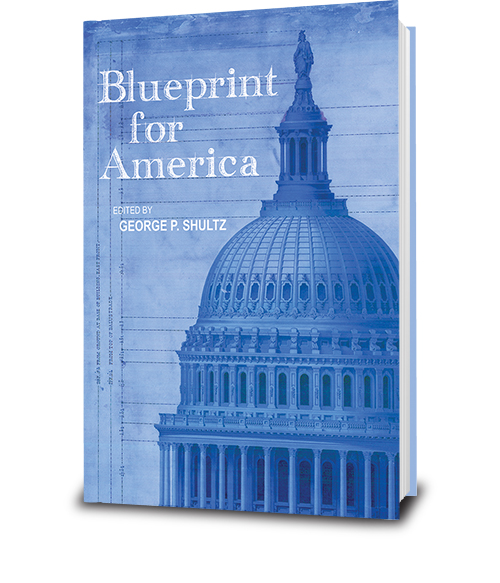 Scholars at the Hoover Institution at Stanford University—professors, thinkers, and practitioners of global renown in their respective fields—offer a series of accessible policy ideas for civic, economic, and security architecture that would shore up the long-term foundations of American strengths. Blueprint is a beyond-the-Beltway profile of the basic policy priorities facing an incoming president and Congress.

Economists Michael Boskin, John Cogan, John Cochrane, and John Taylor address the fundamental questions of entitlement reform, deficits, monetary reform, national debt, and regulatory and tax reform. Scott Atlas, MD, draws on his experience in the practice of medicine to tackle the Affordable Care Act and proposes incentive-based health care reforms. Cochrane reframes the heated political discourses on immigration and international trade. Eric Hanushek addresses the current performance—and benefits from reform—of K–12 education. Retired admiral James Ellis, retired general Jim Mattis, and Kori Schake offer their visions of how to restore America’s national security through proactive and realistic agenda setting. Ellis further urges a rethink of American energy security strategy in an era of abundance, and Ambassador James Goodby expounds on the country’s practice of diplomacy in a time of turbulent transition. Throughout, the Honorable George Shultz narrates with a range of clear-eyed observations on spending, human resources, foreign policy, the environment, and, in conclusion, the art of governance.

The spirit of Blueprint for America is wholly positive and grounded in first principles. It takes of long view for the nation by starting with the things that could be done today.

George Pratt Shultz has had a distinguished career in government, academia, and the world of business. He is one of two individuals to have held four different federal cabinet posts; has taught at three of this country’s great universities; and for eight years was president of a major engineering and construction company. Shultz was sworn in on July 16, 1982, as the sixtieth US secretary of state, serving until January 20, 1989.

America is at a historic crossroads. Michael Boskin opens the Blueprint with a survey of the country’s economic landscape, sketching an overview of key policy and governance reforms.

CHAPTER 2: Entitlements and the Budget
by John F. Cogan

The federal deficit routinely exceeds $400 billion; normalized interest rates would make that burden overwhelm the American economy. John Cogan recommends entitlement reforms that would do the most to help.

CHAPTER 3: A Blueprint for Tax Reform
by Michael J. Boskin

A dollar of additional revenue to fund the US government actually costs the economy $1.40 through higher marginal tax rates. Michael Boskin explores the options for a better performing and less debilitating tax system.

Government regulation is the flip side of the taxation coin and is pervasive at federal, state, and local levels. Michael Boskin describes how some regulatory mechanisms could work—and have worked—better than others.

CHAPTER 6: National and International Monetary Reform
by John B. Taylor

Research and experience show that sound rules-based monetary policy goes hand-in-hand with economic performance. John Taylor describes this history and the prospects for its re-adoption in the United States and abroad.

The current financial regulatory expansion underway in the US and abroad won’t work. John Cochrane offers a radical but goals-based alternative that removes the system’s reliance on short-term debt.

CHAPTER 8: Education and the Nation’s Future
by Eric A. Hanushek

Despite quadrupled spending, America’s K-12 schools have little to show for the federal government’s attention on them since the 1950s. Eric Hanushek outlines how to improve teacher quality—and student lifetime earnings—through a strategy of incentives, accountability, competition, and autonomy.

Every month, 5 million Americans lose their jobs—and another 5 million get new jobs. John Cochrane returns to first principles to cut through intense political posturing on both sides of the trade and immigration debates.

IN BRIEF: A World Awash in Change
by George P. Shultz

George Shultz turns to the foreign policy and security side of the Blueprint by drawing on lessons from his time in office to consider an effective strategy against the current breakdown of the global commons.

For decades, leaders from both US political parties have failed to operate from a national security strategy. James Ellis, Jim Mattis, and Kori Schake offer a clear-eyed rebuke of how America’s tactical obsession has failed to support our interests within the international order—and how to go about righting the ship.

CHAPTER 12: Diplomacy in a Time of Transition
by James E. Goodby

The US State Department is an institution with an ever-more important charge, but it is ill-suited towards handling today’s global challenges. James Goodby, through interviews with George Shultz, proposes helpful operational and structural reforms.

CLOSING NOTE: The Art and Practice of Governance
by George P. Shultz

George Shultz concludes the Blueprint by reflecting on how improved leadership and political attitudes are central to America managing its core—and original—challenge: governing over diversity in an age of transparency.

Chapter 2: Entitlements and the Budget

Chapter 3: A Blueprint for Tax Reform

Chapter 8: Education and the Nation's Future

In Brief: A World Awash in Change

Chapter 12: Diplomacy in a Time of Transition