In Africa, in any given year, twenty civil wars are being fought. The first step toward peace and stability? Establishing the rule of law. Hoover fellow Larry Diamond explains how. 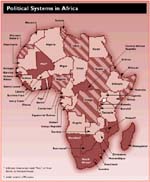 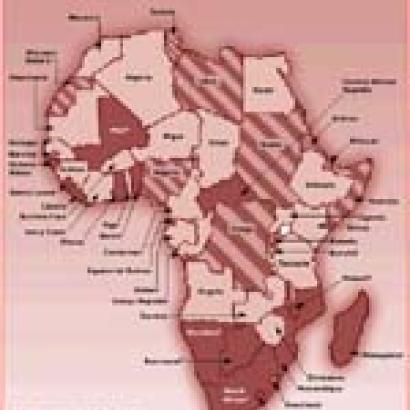 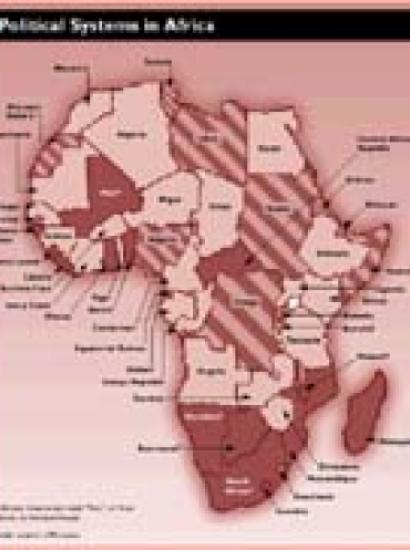 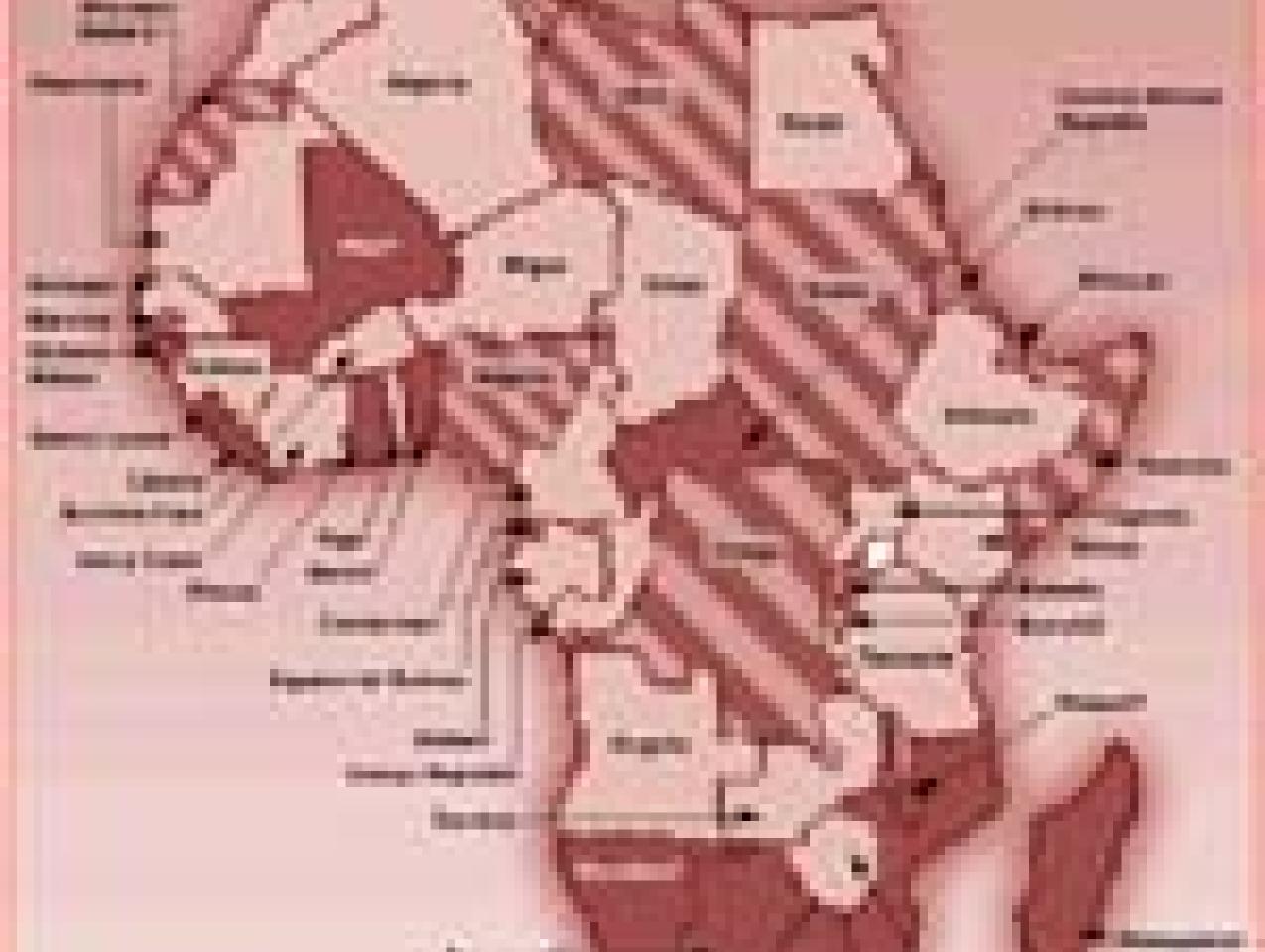 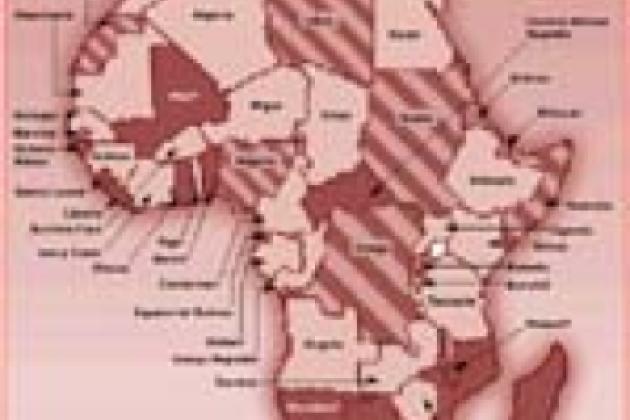 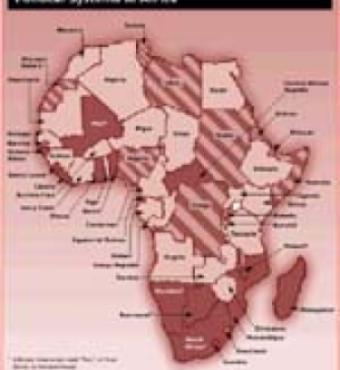 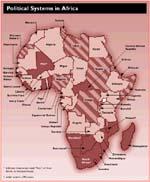 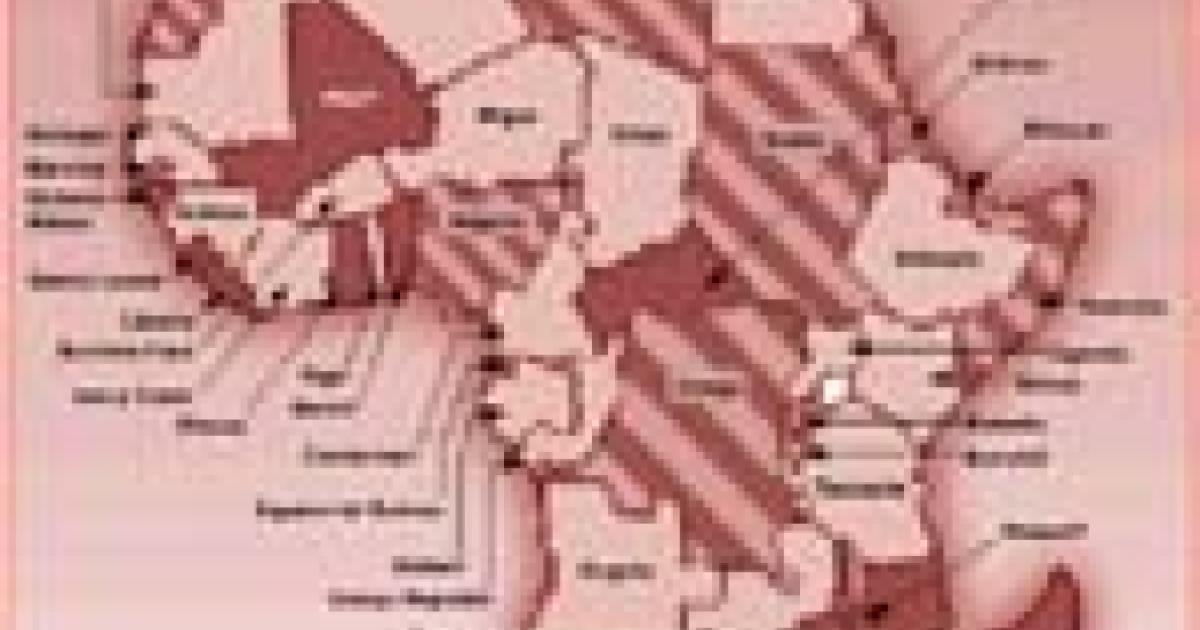 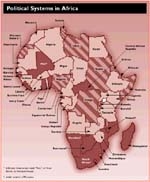 Violent turmoil erupted once again in Africa with the overthrow of President Mobutu Sese Seko in Zaire and the short-lived military coup in Sierra Leone. Oil-rich Nigeria is sinking deeper into economic destitution and political disarray as its military tightens its grip on power. What accounts for the continent’s chronic political and humanitarian crises?

THE PROBLEM
The common root cause of economic decay, state collapse, ethnic violence, civil war, and humanitarian disaster in Africa is bad, abusive governance. Because most states lack any semblance of a rule of law and norms of accountability that bind the conduct of those in government, their societies have fallen prey to massive corruption, nepotism, and the personal whims of a tiny ruling elite.

In such circumstances, every political clique and ethnic group struggles for control of a stagnant or diminishing stock of wealth. There are no institutions to facilitate trust, cooperation, or confidence in the future. Every competing faction tries to grab what it can for the moment while excluding other groups.

THE SOLUTION
The only real antidote to this decay is a constitutional framework that facilitates the limitation, separation, devolution, and sharing of power so that each group can have a stake in the system while checking the ruling elite and one another. In essence, this means a democratic political system, to one degree or another.

Given Africa’s authoritarian history, many changes in beliefs and institutions will be necessary for democracy to emerge. A growing segment of African elites and the public realize that every type of dictatorship on the continent has been a disaster. Thus, there is increasing hunger for economic and political freedom and the predictability of a democratic constitution.

As Hoover Institution senior fellow Barry Weingast pointed out in the American Political Science Review, ethnic groups will not trust and tolerate one another and cooperate for a larger national good unless there are credible limits on the state. Democracy cannot be stable unless rulers see that it is in their interest to abide by the rules. What makes it in their interest is the overriding commitment of all major ethnic groups, parties, and interest organizations to a constitution.

THE WEST’S LEVERAGE
In Africa, more than in any other region, the international community has the power to demand more democratic, responsible governance and to support the people and organizations that are pressing for that cause within individual countries. African states are very weak and dependent. For example, 70 percent of Chad’s budget comes from international donors. Even in Nigeria, with annual oil revenues of $8–$10 billion, the regime needs foreign investment and finance and its leaders crave legitimacy and acceptance in the world. Moreover, the personal assets of many corrupt African elites are invested heavily in Europe, Canada, and the United States. Their children attend private schools there, and they want to shop and spend holidays in the Western world. This gives the Western democracies true leverage, if they have the will and vision to exercise it.

International pressure alone cannot produce democracy. There must be an internal demand—a strong desire among the people for democracy and some set of political and civic organizations pressing for it. There also must be political leaders who—out of pragmatism or conviction—see democracy in their interest. These conditions are not present everywhere in Africa. Nevertheless, since the end of the Cold War and the dawn of Africa’s “second liberation” in 1990, more than a dozen or so of the continent’s states have made the transition to electoral democracy. Today there are eighteen democracies in Africa, and, while many of these are fragile and illiberal, Freedom House rates nine of these states as “free.” (Four of the “free” states are island states not shown on the accompanying map.)

Botswana and Mauritius already were solidly democratic by 1990, and they have extraordinary records of economic growth and political stability. In February the democratically elected government of Sierra Leone was restored to power when a Nigerian-led African peacekeeping force ousted a military junta. And there are strong pressures and aspirations for democracy in many other African states, including Kenya and Zimbabwe, where there is growing civic mobilization for constitutional reform, clean elections, and more-accountable governance.

Concerted international pressure on authoritarian elites could reinforce domestic pressures and persuade dictators that the costs of resisting demands for democracy exceed the benefits they expect to reap. At a minimum, international pressure can narrow the base of support for the regime and induce it to negotiate with the opposition for a new democratic framework, as happened in South Africa, Zambia, and Malawi.

What will be necessary for such pressure to be effective varies from case to case. There has already been an African-led military intervention in Sierra Leone to oust the rebels in that country. The American public will not support the deployment of U.S. troops to restore democracy in an African state, but it will back assistance for efforts by African states trying to take responsibility for security and humanitarian relief in their own neighborhoods. When military officers depose a functioning democracy, they should be told clearly, unanimously, and forcefully by the international community that their regime will be isolated from any support and that they must leave power and restore the constitutional system.

African states themselves need to apply more pressure. The reaction of neighboring nations to the coup in Sierra Leone, along with similar developments in southern and eastern Africa, represents a watershed in that regard. The old principle of nonintervention in the internal affairs of another sovereign state is beginning to wane in Africa, as it has in Europe and the Americas.

Increasingly, organized communities of states see that the political and economic good of their regions requires protections for human rights and support for constitutional governance. Regimes that brazenly violate international norms of good governance forfeit the claim to absolute sovereignty.

THE NEED FOR WESTERN UNITY
Pressure from Western states has made a difference in several instances but only when the major democracies have been relatively united. African states need to get a coherent message from the international community. One large obstacle to democratic and developmental progress has been the deep divisions among the Western powers and their lack of consistency over time. As a result, highly corrupt and abusive regimes—such as those in Nigeria, Kenya, and Cameroon—have managed to hang on in the face of widespread domestic opposition and discontent. Continuing French support for a number of authoritarian client states has been a particular hindrance.

The United States and its European and other democratic allies are doing much to support the development of civil society organizations, human rights groups, independent media, democratic civic education, open electoral procedures, decentralization of power, and effective representative and legal institutions. The U.S. Agency for International Development has made this a key element of its assistance programs in Africa, as have the U.S. Information Service and the official aid organizations of Great Britain, Canada, Sweden, and many other nations. In addition, nongovernmental organizations (NGOs), such as the U.S. National Endowment for Democracy and England’s Westminster Foundation, are providing assistance to democratic organizations and institutions of various kinds.

This probably is the most cost-effective international assistance that can be given because it is building the institutions that facilitate development and good governance and because much of the aid goes in small grants to nongovernmental organizations. In generating a new kind of civic participation and consciousness, cutting across established ethnic cleavages, these NGOs are building horizontal relations of trust and cooperation—what is called “social capital”—that are a necessary foundation for development as well as democracy.

AID MUST BE CONDITIONAL
More conventional forms of economic assistance should be just that—assistance for development. It should not be an open-ended subsidy. Most African economies are devastated and need help. However, aid will be more or less wasted, as it has been for the past quarter century, unless conditioned on certain principles and focused on transforming institutions and incentives economically and politically.

The choke hold of the state over all dimensions of the economy must be broken through trade liberalization, privatization, reductions in state bureaucracy, government decentralization, and other reforms. Human capital must be improved dramatically if Africa is to compete in the world economy. This requires the kind of emphasis on basic education and health services that has been so instrumental to the East Asian miracle.

A new bargain is needed between Africa and the West, swapping debt for democracy and development for good governance. Aid should be conditioned on economic liberalization, political freedom and accountability, and redirection of budgetary priorities away from military and other unproductive spending and toward human and physical capital. Those countries that are serious about development and good governance deserve more aid, including debt relief, as a transitional boost to sustainable development. Those that aren’t should be denied support.

There is a new spirit and awareness in Africa today, and some states are beginning to record rapid economic growth as a result. If the structures of democracy and the market become institutionalized in Africa, development will follow and the continuous cycle of violence and misery can be brought to an end.

Available from the Hoover Press is the Hoover Essay in Public Policy Prospects for Democratic Development in Africa, by Larry Diamond. To order, call 800-935-2882.