The Economics Of Calm

In the absence of a horizon for a political settlement, economics and security will be the twin pillars of the relationship between Israel and the Palestinians. This is not an economic peace that holds out prosperity in lieu of Palestinian national aspirations but because it is in Israel’s security interest. As international donor assistance to the Palestinians has declined, Israel –and the defense establishment in particular- has more actively promoted economic and financial stability in the West Bank and Gaza. 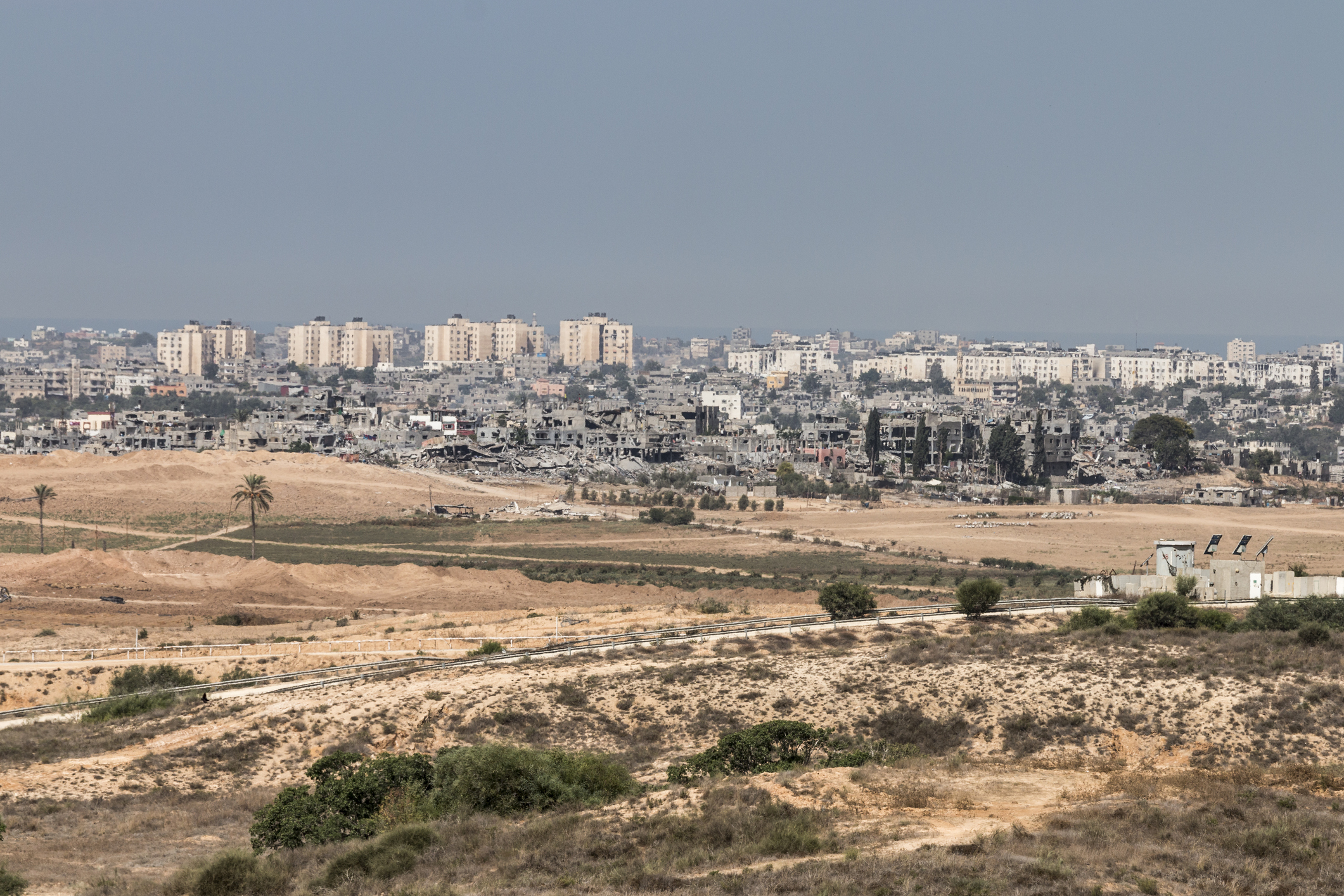 The Economics Of Calm 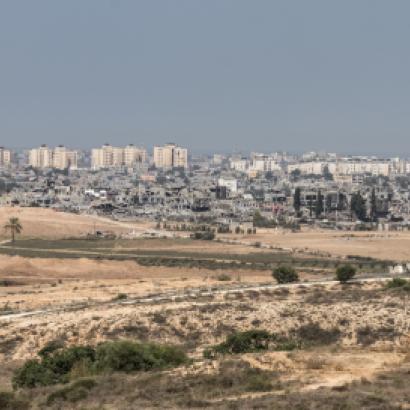 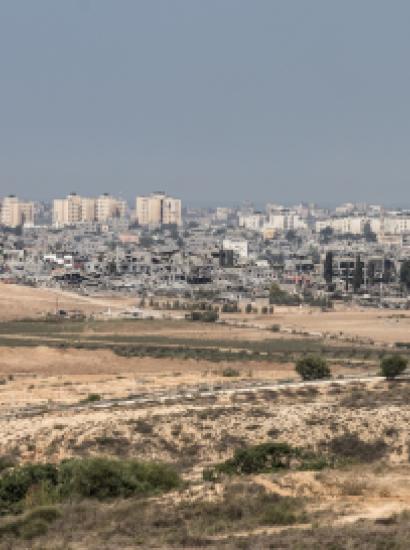 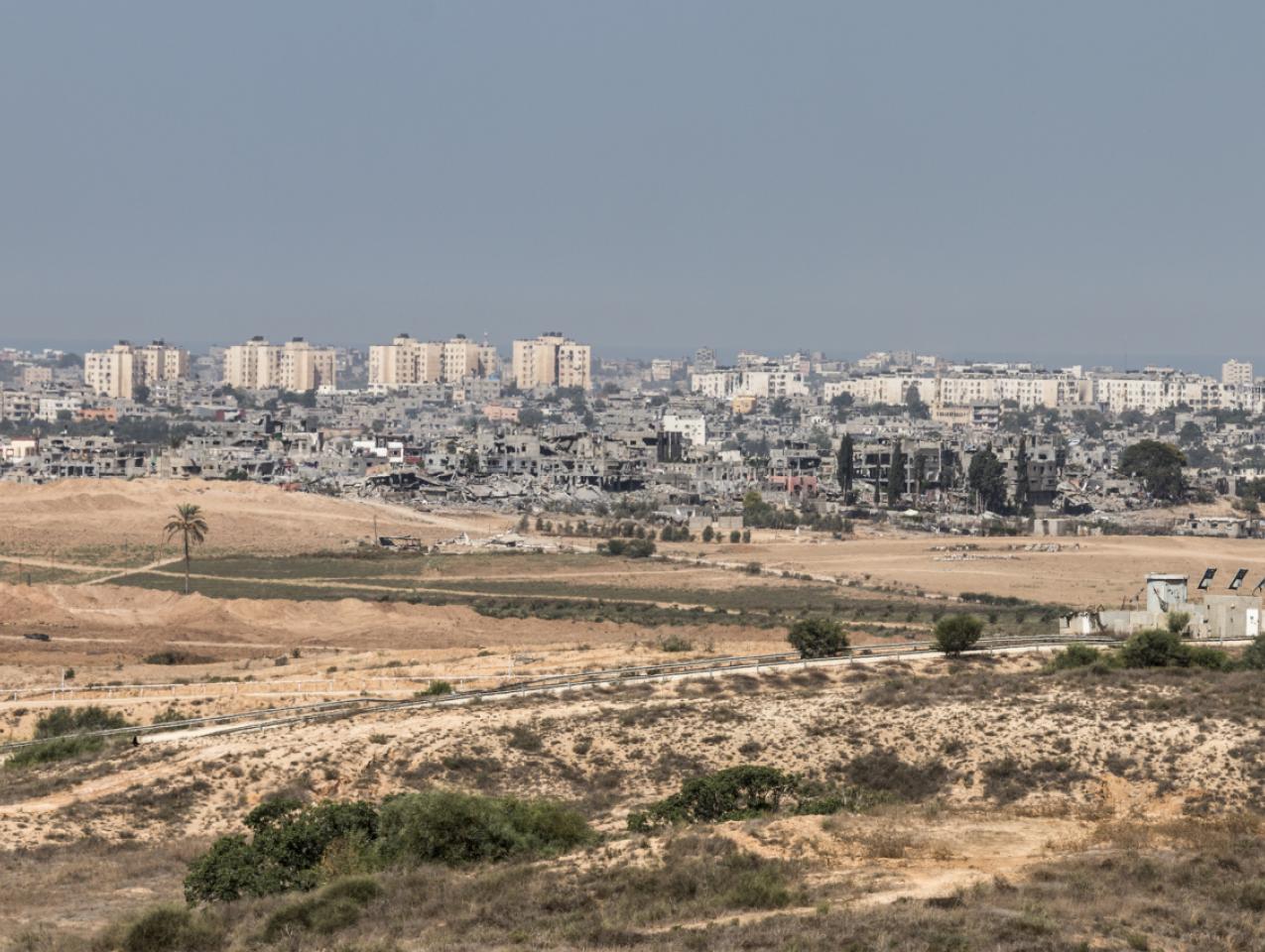 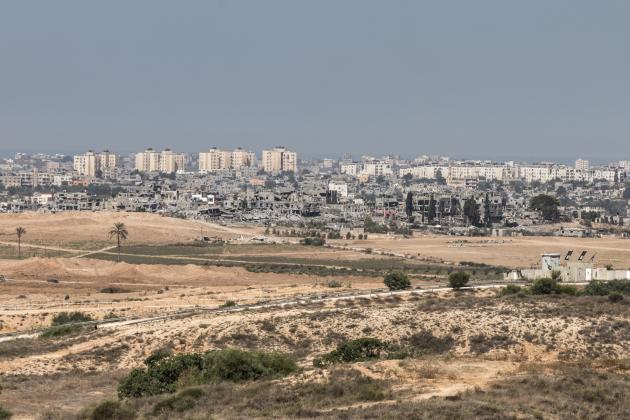 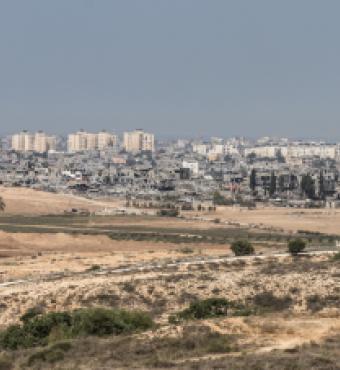 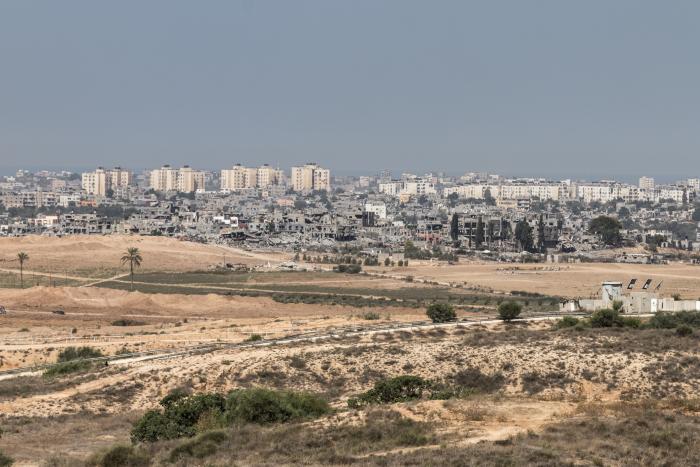 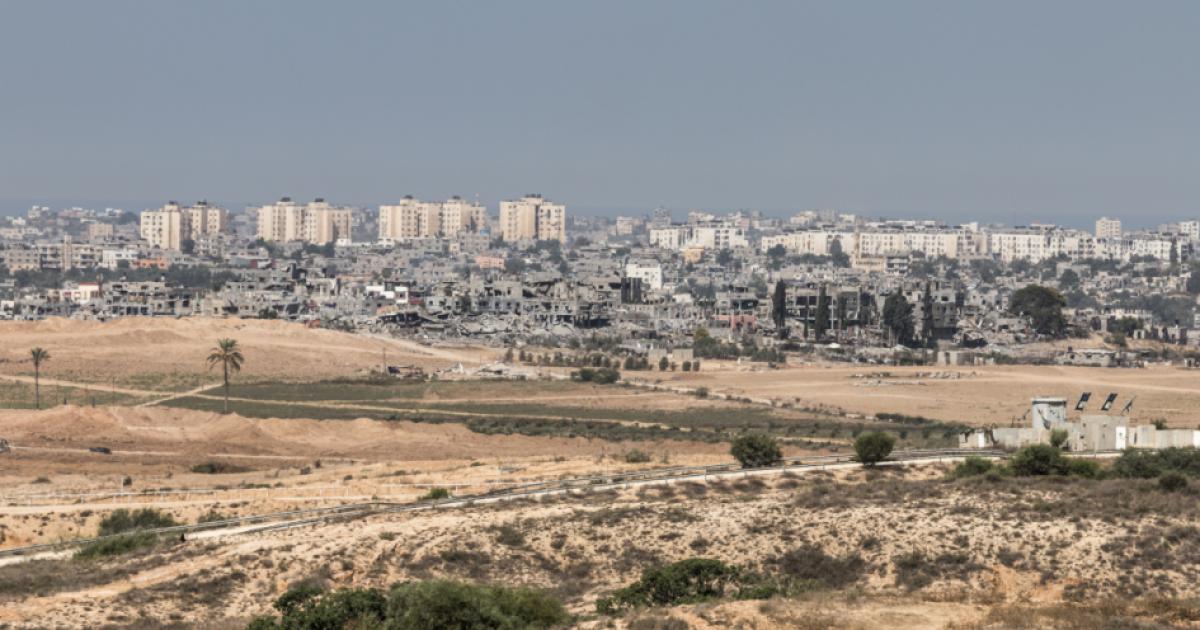 Is the Peace Between Negotiations Economic?

In the absence of a horizon for a political settlement, economics and security will be the twin pillars of the relationship between Israel and the Palestinians. This is not an economic peace that holds out prosperity in lieu of Palestinian national aspirations but because it is in Israel’s security interest. As international donor assistance to the Palestinians has declined, Israel –and the defense establishment in particular- has more actively promoted economic and financial stability in the West Bank and Gaza.

The trend arose most clearly in Gaza since the 2014 conflict with Israel, which was in part triggered by the economic decline in the Strip (Gaza Strip) following the crackdown on the lucrative tunnel trade between Gaza and the Sinai after the fall of the Muslim Brotherhood-affiliated Morsi government. When international reconstruction assistance largely failed to materialize, infrastructure in Gaza continued to deteriorate. Political change in Egypt, along with shifting alliances with Syria and Iran left Hamas more isolated than ever. PA (Palestinian Authority) cuts to salaries, support for fuel imports and other services in Gaza following a breakdown in reconciliation talks between Fatah and Hamas in 2017 put the economy on the brink of collapse and threatened a humanitarian crisis.

Concerned that the next conflict would necessitate a broader land incursion, Israel adopted a policy of containment in Gaza following the 2014 conflict. As the economic and security situation deteriorated in Gaza in 2018, and on the recommendation of the defense establishment, Israel began to approve cash transfers funded by Qatar of $15 million per month to support payment of salaries to Hamas “civil servants” at first, and more recently, needy families. Qatar has emerged as one of the top donors to the Palestinians in recent years, contributing more than $1 billion to Gaza alone between 2012 and 2018. The transfers, along with Qatari-funded fuel imports to support power generation in Gaza, have also helped sustain indirect negotiation between Hamas and Israel to reach a long term calm on the Gaza border. Such an agreement holds out the promise of the resumption of exports from Gaza on a more significant scale and improvements in electricity provision, among other elements.

But the situation is not without political and moral hazard. As weekly border protests and intermittent rocket launches continued in Gaza, Israeli Prime Minister Benjamin Netanyahu came under attack from political rivals for being soft. Former Israeli defense minister Avigdor Lieberman called the cash payments, delivered in suitcases through the Erez crossing “capitulation to terrorism.” As Hamas attempts to calibrate the threat from Gaza, other factions within the Strip have pushed back. Recent rocket attacks launched from Gaza against Israel have been pinned on Palestinian Islamic Jihad attempts to undermine the talks. Two suicide bombings at Hamas checkpoints in Gaza in late August have been blamed on Islamic State elements in Gaza, which has also been critical of Hamas’s relationship with Egypt.

Trends in the West Bank

A similar dynamic can be seen in the West Bank. Following an uptick in violence in Jerusalem and the West Bank in 2015, rather than the complete or near-complete closures of the West Bank, which marked the second intifada, the IDF response in 2015 focused on limiting movement restrictions to the immediate areas of violence while promoting even greater movement in other parts of the West Bank, as well as issuing additional permits for Palestinians to work in Israel.

Currently, the PA is experiencing its most severe fiscal crisis in decades, having rejected the transfer of so-called clearance revenues since February. The PA took this dramatic step -refusing the transfer of taxes collected by Israel on its behalf-- after Israel began deducting an amount equal to the amount the PA pays to prisoners in Israeli jails and families of martyrs.  To date, PA President Mahmoud Abbas has refused to accept the remainder or consider reform of the PA’s prisoner payments, unwilling to risk public backlash were he to cease the politically sensitive payments and seeming to calculate that Israeli concerns over instability in the West Bank will eventually force Israel to reverse its decision. Indeed, Israel has continued to transfer the revenues, requiring the PA to return the funds each month since the crisis began in February. The PA has adopted austerity measures, paying only partial salaries while accruing arrears to local providers and taking on additional local debt. Wagering that Israel would blink first, the PA did not anticipate that a second Israeli election would delay any possible action.

When the PA maxed out its borrowing from local banks in July, a combination grant and loan from Qatar allowed the PA to continue to pay partial salaries for two months. Facing another looming deadline, in August, the PA accepted the transfer of NIS 2 billion (roughly $600 million) from Israel, nominally based on the refund of fuel taxes Palestinians had paid to Israel for the prior six months. Where in previous crises, the international community was seen as mostly likely to step in, either with aid, loans and/or pressure on Israel, the current crisis has elicited no such response. The PA’s decision until recently to reject any partial transfer from Israel has not elicited sympathy. With the exception of Qatar, Arab states have not provided additional budget support for the PA; poor relations between the PA leadership and Abu Dhabi, and to a lesser extent, Riyadh, combine with the inter-Gulf rift, which has the latter two and Cairo aligned against Doha. In conversations I had with Palestinian interlocutors on a recent visit to the West Bank, just days before the second round of Israeli elections on September 17, they continued to insist that Israeli leaders will find a way to resolve the crisis; confident that Bibi would use his new mandate to amend the law requiring the deductions.

Constituencies on both sides are eager to lessen this mutual dependency. The Israeli government has been reluctant to move forward with upgrades to water and power connections between Israel and the Gaza Strip due to concerns that this would deepen and prolong Israel’s ties to the Strip. Speaking in 2015 at an international meeting on coordination of donor assistance to the West Bank and Gaza, an Israeli official said the Israeli steps to ensure Gazan access to energy are running counter to Israel’s overarching policy of disengagement with the Strip by “manufacture long term interdependency and exchange of strategic goods, such as energy.”

Taking office amid the PA’s sharpest fiscal and governance crises in decades earlier this year, PA Prime Minister Mohammed Shtayyeh announced a 100 day plan that included “gradual disengagement” from Israel, primarily on the economic front. Shtayyeh has called for a study on replacing Israeli fuel imports with Iraqi oil and sourcing electricity in Jordan, rather than the Israeli Electric Company. He also recently announced an “agricultural cluster” involving cultivation of lands held by the PA’s religious endowment. Although popular, these plans are impractical. Iraqi fuel wouldn’t meet standards shared with Israel; the endowment lands first identified for development primarily lie in area C of the West Bank where Israel has primary jurisdiction and would be unlikely to approve permits for new roads and wells needed to advance the agricultural projects.

For now, however, a stable and secure Israel and Palestinian territories are most likely to be economically interconnected. The customs union enshrined in the Paris Protocol makes the West Bank and Gaza a captive market for Israeli goods, imports which are financed by Palestinian labor in Israel. Israel accounts for 58 percent of Palestinian imports and 80 percent of exports. An estimated 127,000 Palestinian laborers work in Israel and West Bank settlements, roughly 80,000 with official permits.

The Palestinian territories dependency on Israel has been a feature of the Oslo era, where Israel controls borders and movement and collects the vast majority of PA revenues on its behalf, while the PA administers limited, urban areas and struggles to develop engines of economic growth, such as value-added industries, amid the restrictions. But two trends have exacerbated Palestinian dependence: the decline of international donor assistance and the erosion of the capacity of PA institutions, especially to contribute to the conditions necessary for economic growth.

While a number of recent examples support the contention that economic stabilization can buy relative calm, there are certainly historical examples in which Palestinian nationalist sentiment has prevailed and led to unrest, despite relative economic prosperity, such as in the lead up to the first Intifada. Moral hazards and political costs call the sustainability of such an approach into question. If the security and defense-led economic band-aids are to stick, they will require greater buy-in from political leaders and the ability to sell them to skeptical constituencies.