The End of Feminism

The new college sex codes do more to infantilize women than to empower them. 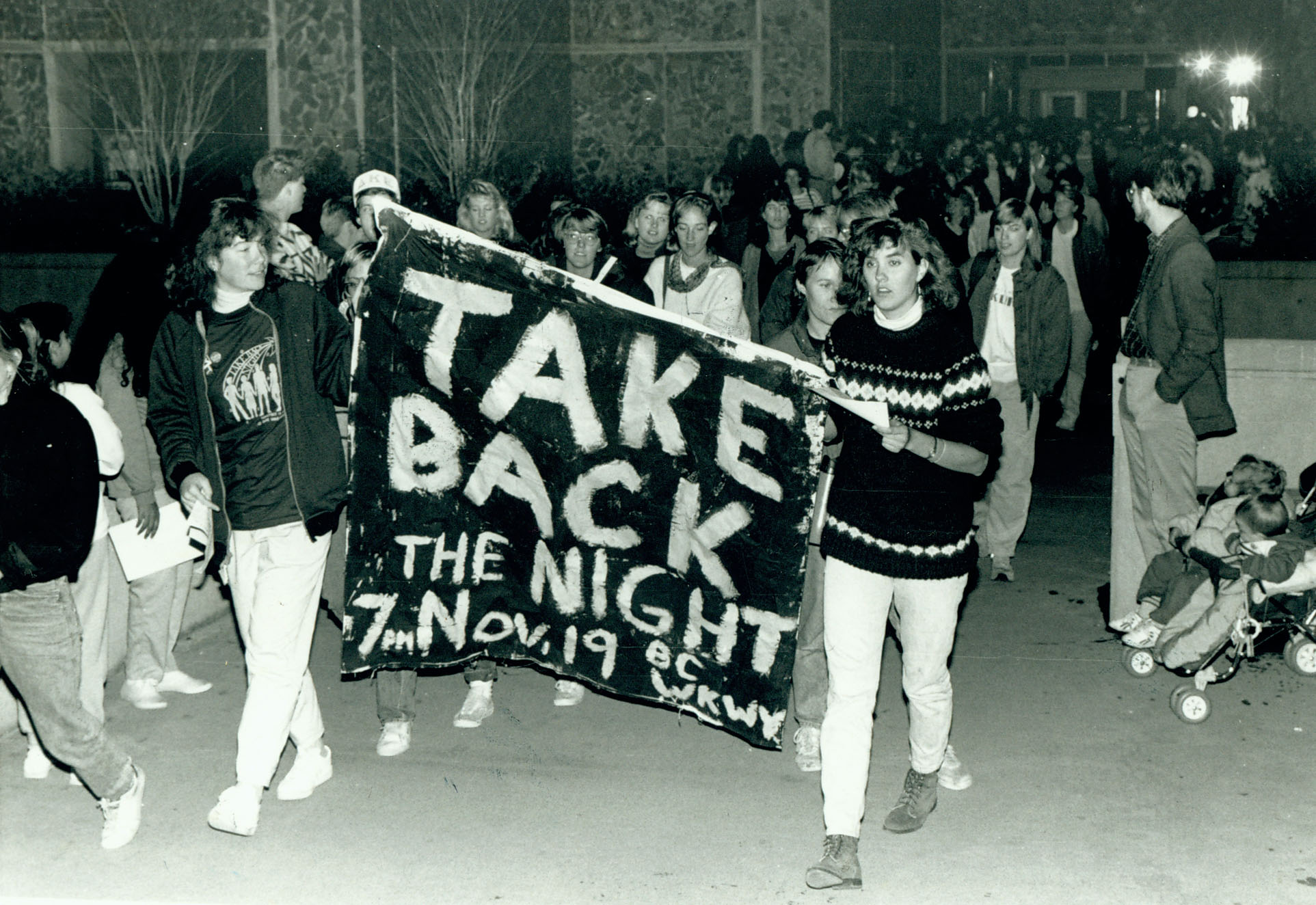 The End of Feminism 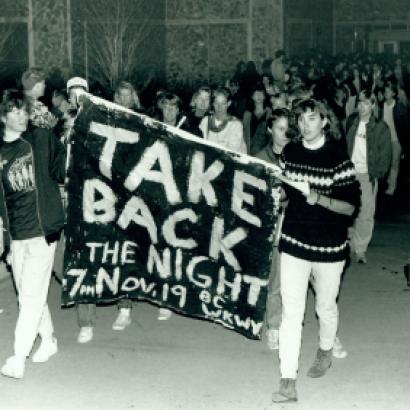 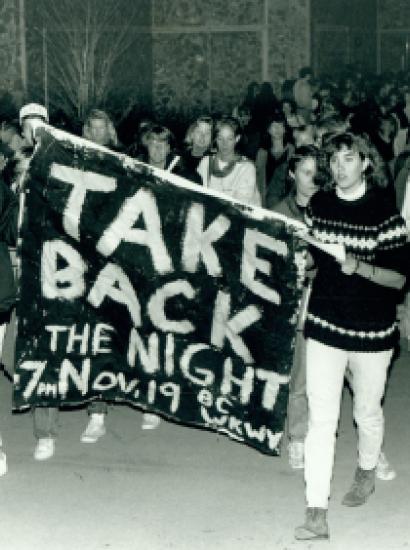 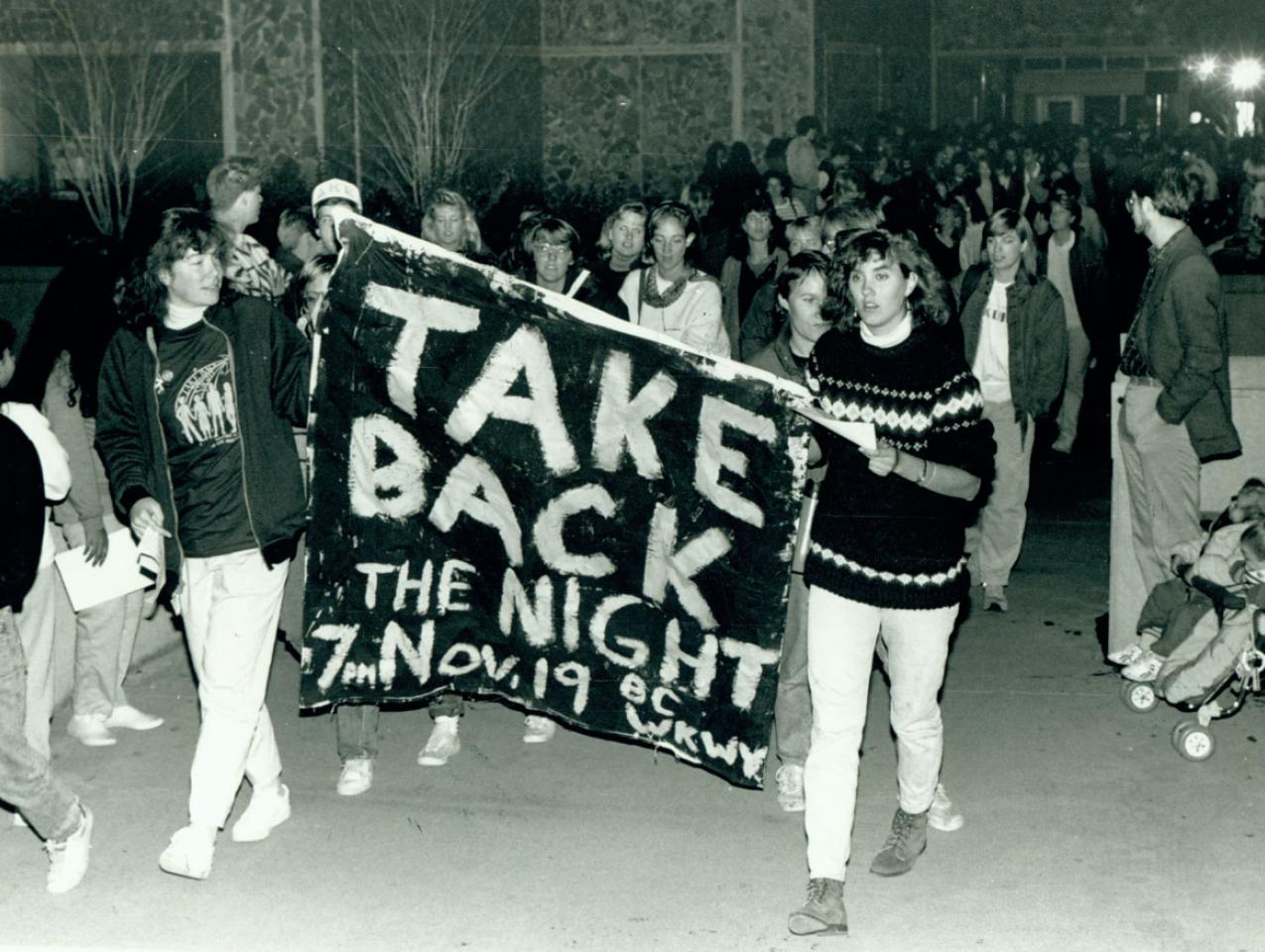 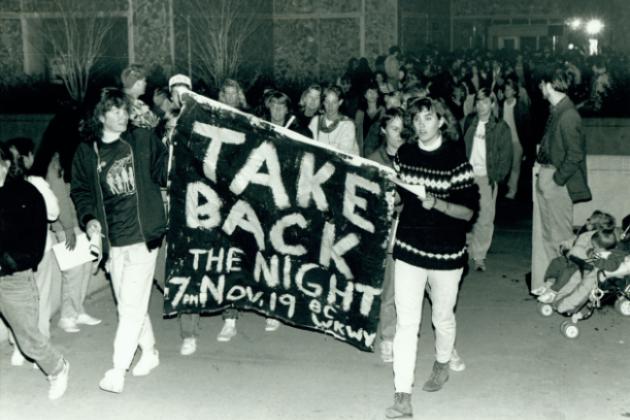 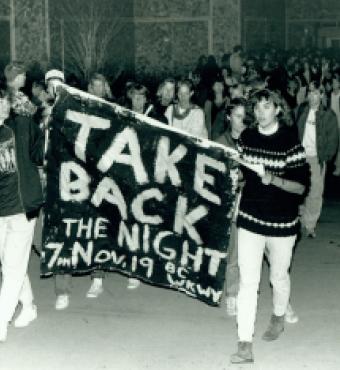 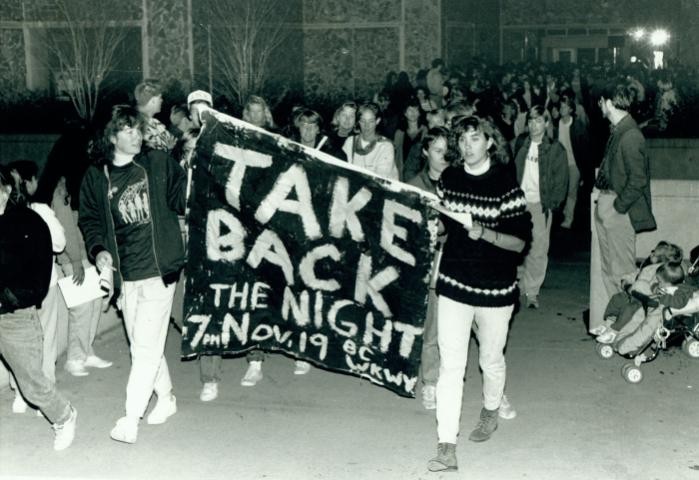 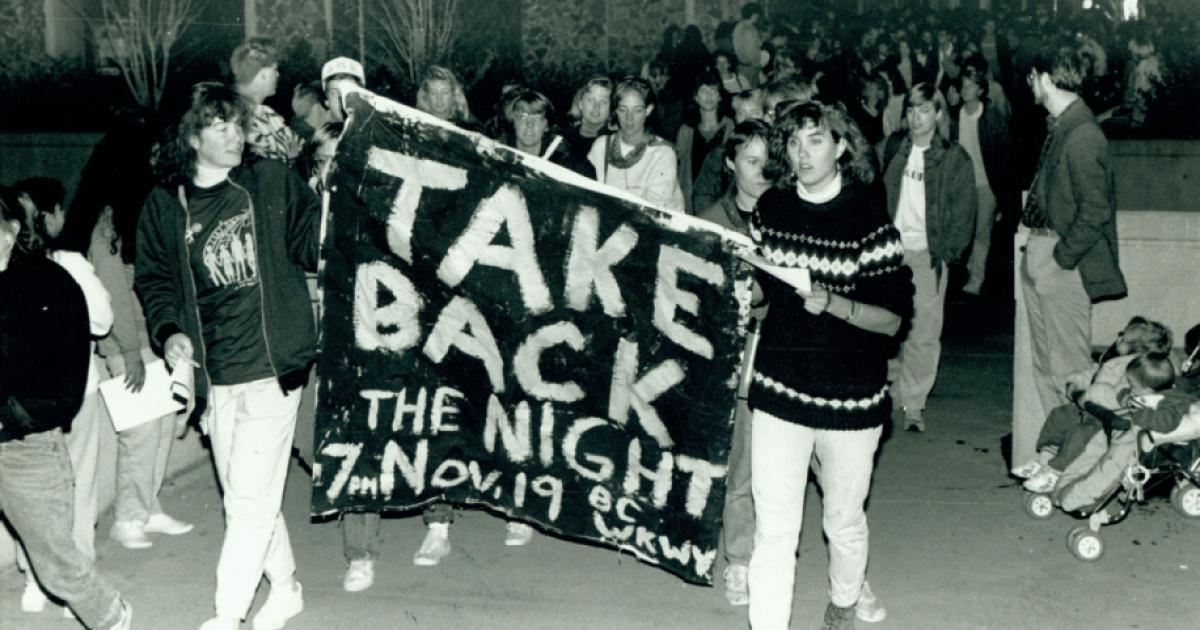 California recently passed a law requiring that sexual encounters between students in universities and colleges can proceed only on the basis of “affirmative, conscious and voluntary agreement.” Failure to resist or to ask the partner to stop the encounter can no longer be taken as consent. Institutions that wish to receive state funds or financial aid must adhere to this standard when investigating charges of “sexual assault,” a phrase redefined to include behaviors once considered boorish or insensitive, but not legally actionable. The California law follows on the 2011 Department of Education’s Office of Civil Rights’s “dear colleague” letter that instructed schools investigating sexual assault complaints to use the “more likely than not” or “preponderance of the evidence” standard of evidence rather than the “clear and convincing” one.

The dangers to individual privacy and accountability that follow such regulatory intrusions into sexual intimacy between legal adults have been well documented, not the least being the violation of the rights of the accused, who now enter a hearing with a presumption of guilt rather than of innocence. Also problematic is the double standard inherent in such rules, particularly when both accuser and accused are drunk or otherwise incapacitated.

But the main problem with the California law is the corruption of feminism that it represents. When it comes to sex, the old feminist claim to equal treatment based on a woman’s equal capacity to control her sexual choices has been transformed into an old-fashioned Victorian notion of women as weak creatures who need to be protected from sexually feral males, and who lack agency and thus should not be held accountable for their choices.

The feminists’ championing of sexual autonomy for women reached a head in the 1960s. Before the modern age, sex was seen as a necessary but dangerous force that, if left uncontrolled, not just impaired the mind, but also destroyed whole civilizations. It was the illicit sexual passion of Paris and Helen that “burnt the topless towers” of Troy, as Christopher Marlow wrote. As such, sex had to be contained and channeled by social practices and cultural institutions. Virtues, taboos, and especially marriage all attempted to direct sexual energy to its most socially important goal, procreation and the family. Christianity inherited these assumptions and put them in the context of the theology of man’s fallen nature and the need for the soul to be redeemed from the passions of the transient body.

By the late nineteenth century, many social and cultural developments had undermined this traditional sexual realism. Over the following decades, in the work of Richard von Krafft-Ebing, Sigmund Freud, Margaret Mead, Alfred Kinsey, Masters and Johnson, Norman O. Brown, Herbert Marcuse, and numerous others, sex was removed from the context of religion, custom, and taboo, and made a natural phenomenon that science could understand and hence make more enjoyable and less damaging. The destructive effects of sex, in this view, were not inherent, but the consequence of repressive social institutions and religious superstition perpetuated by the ignorant and narrow-minded. In the sixties, Cultural Marxism interpreted traditional limits on sexual behavior as the instruments of oppression and conformity, reinforcing the “false consciousness” that perpetuated the ruling class and its power. Breaking sexual taboos and experiencing sexual pleasure thus became acts of liberation, leading to self-fulfillment and personal freedom.

Feminism embraced this notion of sexual liberation. The autonomy of women depended on their casting off the shackles of patriarchal misogyny most evident in male control of women’s sexuality––“our bodies, ourselves” became the battle cry. Women should have the equal power to choose sexual experiences and pleasure, and the unjust double standards that gave men but not women sexual autonomy should be discarded. The biological differences between men and women, especially nature’s subjection of women’s bodies to the relentless imperatives of procreation, were now discarded as arbitrary, unjust impediments to women’s freedom and autonomy. This process was moved along by the new technologies of reliable birth control and accessible and safe abortion.

In the ensuing decades, however, the malign consequences of sexual liberation became increasingly manifest––the proliferation of sexually transmitted diseases, the wider access to demeaning pornography, and the explosion of out-of-wedlock childbirth and the attendant social dysfunctions that follow from children being raised without fathers. Even for more privileged women, there were psychological costs to be paid for contending with male sexual predators and absolving them of responsibility for their behavior, given that now men and women were equally in control of their sexual choices, and that the traditional mores once enshrining male responsibility, such as chivalry, had been dismissed as patronizing and sexist.

But as the years passed, many women began to discover that there are indeed differences between men and women and their experiences of sex. Liberation did not lead to the sexual utopia of carefree and cost-free pleasure, but to the guilt, regret, and humiliation that follow being used as an object for somebody else’s transient enjoyment.

The response to these ill effects was to create rules and codes designed to eliminate the negative consequences of sexual freedom. But contrary to the assumptions of lawmakers who want to regulate sexual behavior, sex is not a game like tennis that can be pleasurable for the players provided the rules are followed. As Camille Paglia has pointed out, when it comes to sex, the more appropriate metaphor is to the old Roman arena, where there was no law. An act that is so physically and psychologically complicated, and that exposes our most intimate longings and hidden selves, cannot be rationalized and made cost-free, or its unpleasant effects neutralized, by reducing it to a “voluntary agreement” in which the terms and conditions are spelled out and followed as in a contract. Shakespeare’s Prospero is wiser: “The strongest oaths are but straw to the fire in the blood.”

Faced with the costs of sexual liberation, contemporary feminism has betrayed its devotion to personal freedom and equality, choosing instead to demand that the state use its coercive power to protect women not just from insensitive men, but from the consequences of their own choices. Sexual harassment law is the most widespread expression of this impulse to use the tutelary state to defend women from a “hostile and intimidating” environment. The vulgar joke or boorish innuendo is now not just a violation of social decorum, but a crime subject to law and punishment.

But nothing infantilizes women more than the sexual codes promulgated by numerous universities. Obviously, sexual assault properly defined is a crime that should be investigated and the guilty punished. But getting drunk and then sleeping with an equally intoxicated partner is not a crime. It’s a learning experience about taking responsibility for one’s actions, and practicing the virtues of prudence and self-control.

By criminalizing young adults’ complicated sexual experiences, feminism is betraying its original call for sexual equality and autonomy by making women perpetual victims too weak to be held responsible for their choices, and too incapable of painfully learning from their mistakes and thus developing their characters. At the same time that feminists still call for unlimited sexual freedom, they treat women as Victorian maidens who lack agency and resources of character, and thus must be defended against sexual cads and bounders. As the Manhattan Institute’s Heather MacDonald puts it, this “new order is a bizarre hybrid of liberationist and traditionalist values. It carefully preserves the prerogative of no-strings-attached sex while cabining it with legalistic caveats that allow females to revert at will to a stance of offended virtue.”

This strange demand for absolute freedom without responsibility for one’s choices is not just a symptom of feminism. It reaches into our broader culture. It has become the enabler of the entitlement state, which justifies its growing size and regulatory power over people’s lives by promising to protect them not just from the vicissitudes of life, but from the consequences of their own choices, even as they enjoy more freedom to make even more choices. Thus the feminist demand for government-subsidized birth control and abortion is of a piece with government bailouts for homeowners who over-borrowed on the equity of their homes or lied on their mortgage applications.

The demand for personal freedom without accountability contradicts the foundational philosophy of our republic. The right to liberty is not the right be absolved from the consequences of one’s actions. Taking that responsibility is what makes one worthy of freedom and equal to others who likewise must be accountable for their actions.

Democratic freedom and equality are both compromised without responsibility and accountability. As Alexis de Tocqueville said about the necessity of self-reliance for democratic freedom, “It profits me but little, after all, that a vigilant authority always protects the tranquility of my pleasures and constantly averts all dangers from my path, without my care or concern, if this same authority is the absolute master of my liberty and my life.” Many Americans, including the feminists, have accepted the loss of freedom as the trade-off for shedding the burden of responsibility for their own lives.