The End Of Identity Politics

Trump signals the eclipse of the diversity industry and a yearning for a more unified America.

The End Of Identity Politics 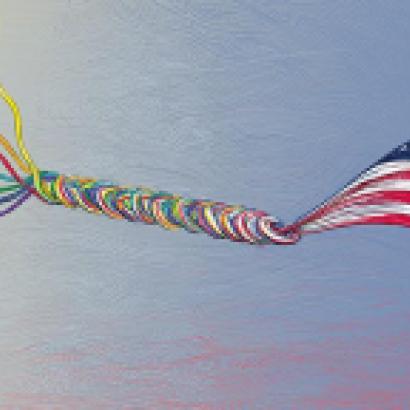 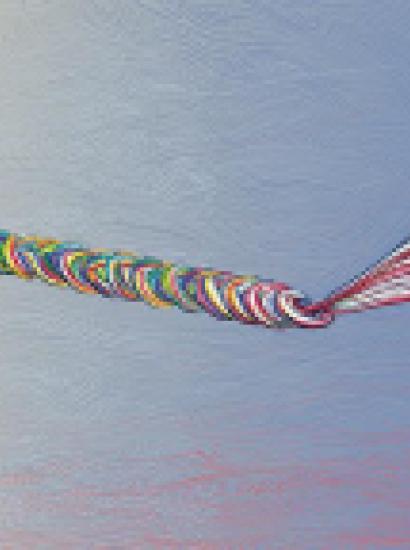 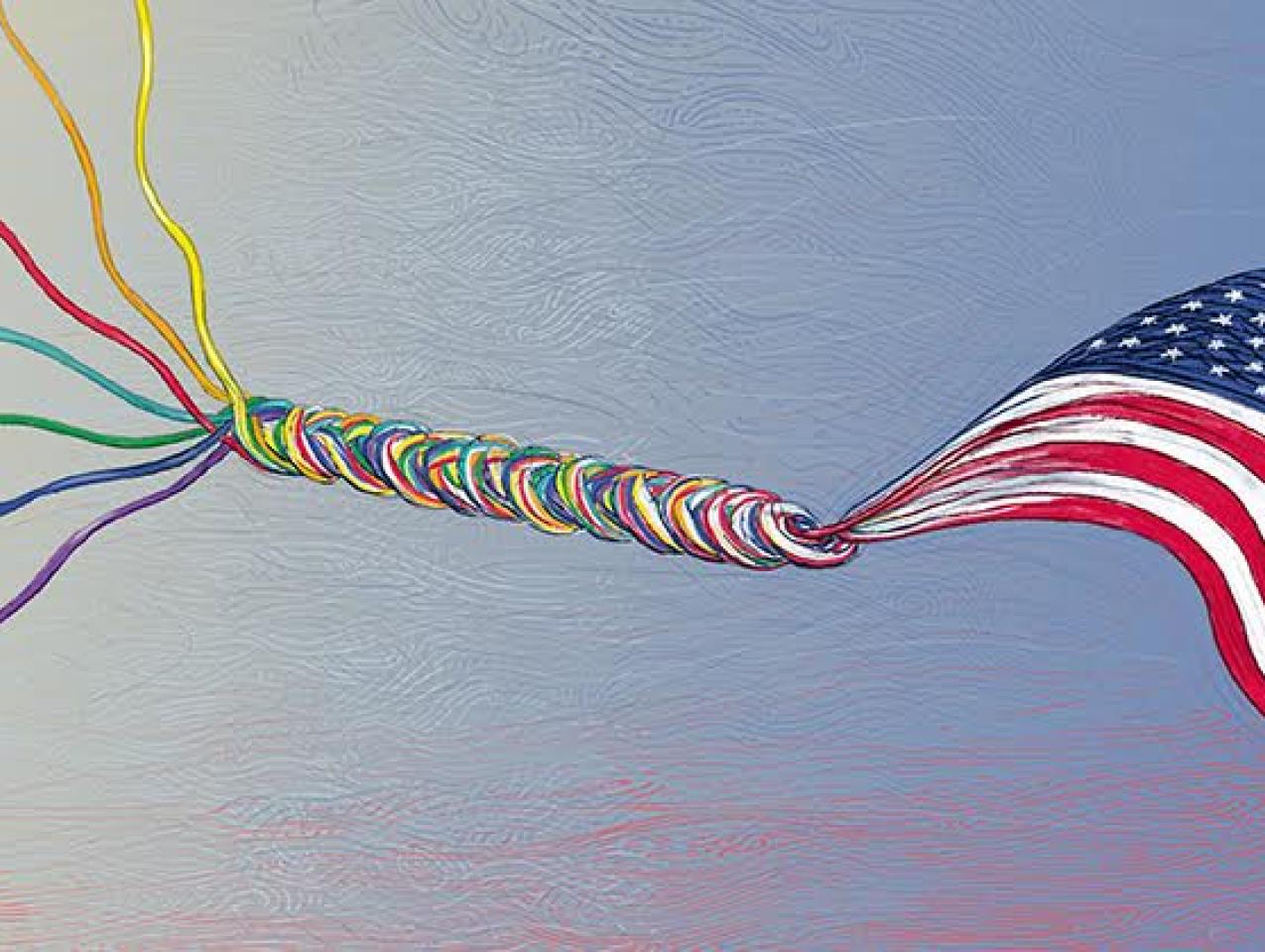 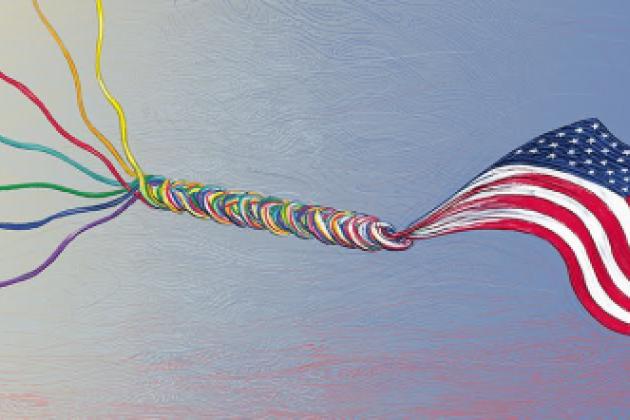 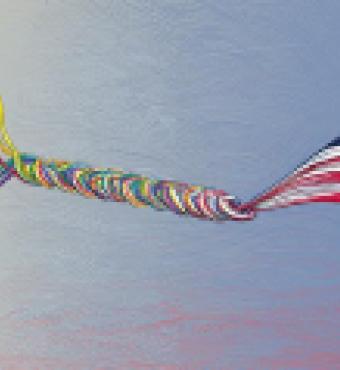 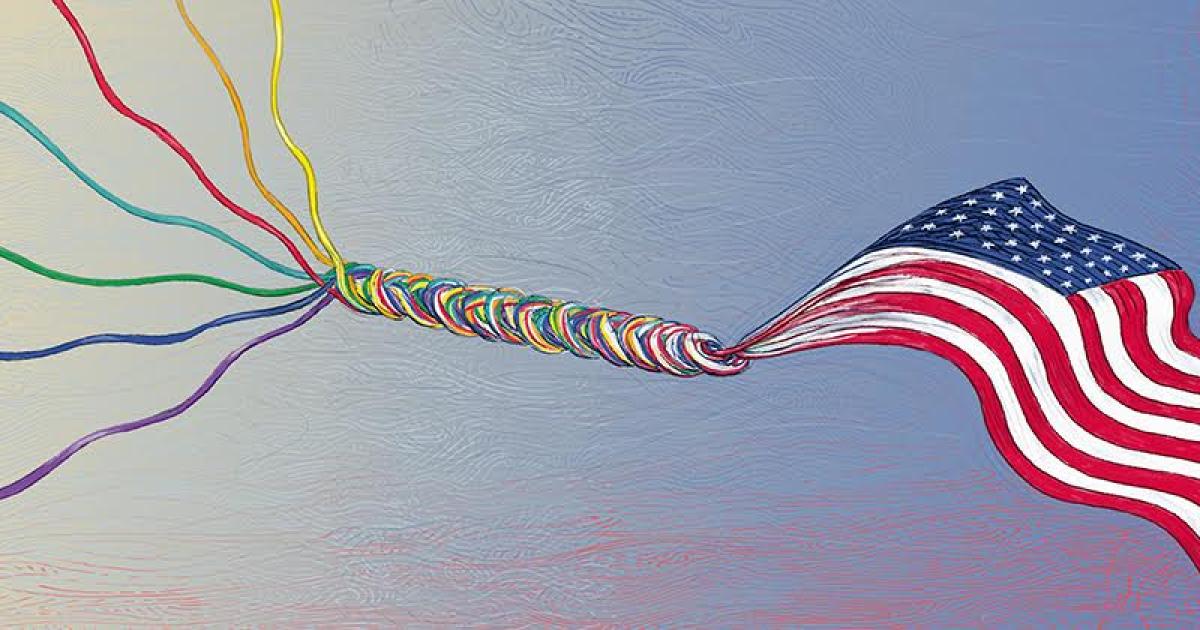 Who are we? asked the liberal social scientist Samuel Huntington over a decade ago in a well-reasoned but controversial book. Huntington feared the institutionalization of what Theodore Roosevelt a century earlier had called “hyphenated Americans.” A “hyphenated American,” Roosevelt scoffed, “is not an American at all.” And 30 years ago, another progressive stalwart and American historian Arthur Schlesinger argued in his book The Disuniting of America that identity politics were tearing apart the cohesion of the United States.

What alarmed these liberals was the long and unhappy history of racial, religious, and ethnic chauvinism, and how such tribal ties could prove far stronger than shared class affinities. Most important, they were aware that identity politics had never proved to be a stabilizing influence on any past multiracial society. Indeed, most wars of the 20th century and associated genocides had originated over racial and ethnic triumphalism, often by breakaway movements that asserted tribal separateness. Examples include the Serbian and Slavic nationalist movements in 1914 against Austria-Hungary, Hitler’s rise to power on the promise of German ethno-superiority, the tribal bloodletting in Rwanda, and the Shiite/Sunni/Kurdish conflicts in Iraq.

The United States could have gone the way of these other nations. Yet, it is one of the few successful multiracial societies in history. America has survived slavery, civil war, the Japanese-American internment, and Jim Crow—and largely because it has upheld three principles for unifying, rather than dividing, individuals.

The first concerns the Declaration of Independence and the American Constitution, which were unique documents for their time and proved transcendent across time and space. Both documents enshrined the ideal that all people were created equal and were human first, with inalienable rights from God that were protected by government. These founding principles would eventually trump innate tribal biases and prejudices to grant all citizens their basic rights.

Second, given America’s two-ocean buffer, the United States could control its own demographic destiny. Americans usually supported liberal immigration policies largely because of the country’s ability to monitor the numbers of new arrivals and the melting pot’s ability to assimilate, integrate, and intermarry immigrants, who would soon relegate their racial, religious, and ethnic affinities to secondary importance.

Finally, the United States is the most individualistic and capitalistic of the Western democracies. The nation was blessed with robust economic growth, rich natural resources, and plenty of space. It assumed that its limited government and ethos of entrepreneurialism would create enough widespread prosperity and upward mobility that affluence—or at least the shared quest for it—would create a common bond superseding superficial Old World ties based on appearance or creed.

In the late 1960s, however, these three principles took a hit. The federal government lost confidence in the notion that civil rights legislation, the melting pot, and a growing economy could unite Americans and move society in the direction of Martin Luther King Jr.’s vision—“I have a dream that my four little children will one day live in a nation where they will not be judged by the color of their skin, but by the content of their character.”

This shift from the ideal of the melting pot to the triumph of salad-bowl separatism occurred, in part, because the Democratic Party found electoral resonance in big government’s generous entitlements and social programs tailored to particular groups. By then, immigration into the United States had radically shifted and become less diverse. Rather than including states in Europe and the former British Commonwealth, most immigrants were poorer and almost exclusively hailed from the nations of Latin America, Asia, and Africa, resulting in poorer immigrants who, upon arrival, needed more government help. Another reason for the shift was the general protest culture of the Vietnam era, which led to radical changes in everything from environmental policy to sexual identity, and thus saw identity politics as another grievance against the status quo.

A half-century later, affirmative action and identity politics have created a huge diversity industry, in which millions in government, universities, and the private sector are entrusted with teaching the values of the Other and administering de facto quotas in hiring and admissions. In 2016, Hillary Clinton ran a campaign on identity politics, banking on the notion that she could reassemble various slices of the American electorate, in the fashion that Barack Obama had in 2008 and 2012, to win a majority of voters. She succeeded, as did Obama, in winning the popular vote by appealing directly to the unique identities of gays, Muslims, feminists, blacks, Latinos, and an array of other groups, but misjudged the Electoral College and so learned that a numerical majority of disparate groups does not always translate into winning key swing states.

At one point Clinton defined her notion of identity politics by describing Trump’s supporters: “You know, to just be grossly generalistic, you could put half of Trump’s supporters into what I call the basket of deplorables. Right? The racist, sexist, homophobic, xenophobic, Islamaphobic—you name it. And unfortunately there are people like that. And he has lifted them up... Now, some of those folks—they are irredeemable, but thankfully they are not America.”

What is the future of diversity politics after the 2016 election? Uncertain at best—and for a variety of reasons.

One, intermarriage and integration are still common. Overall, about 15 percent of all marriages each year are interracial, and the rates are highest for Asians and Latinos. Forty percent of Asian women marry men of another race—one quarter of African-American males do, as well—and over a quarter of all Latinos marry someone non-Latino.

Identity politics hinges on perceptible racial or ethnic solidarity, but citizens are increasingly a mixture of various races and do not always categorize themselves as “non-white.” Without DNA badges, it will be increasingly problematic to keep racial pedigrees straight. And sometimes the efforts to do so reach the point of caricature and inauthenticity, through exaggerated accent marks, verbal trills, voice modulations, and nomenclature hyphenation. One reason why diversity activists sound shrill is their fear that homogenization is unrelenting.

Second, the notion of even an identifiable and politically monolithic group of non-white minorities is also increasingly suspect. Cubans do not have enough in common with Mexicans to advance a united Latino front. African-Americans are suspicious of open borders that undercut entry-level job wages. Asians resent university quotas that often discount superb grades and test scores to ensure racial diversity. It is not clear that Hmong-Americans have much in common with Japanese-Americans, or that Punjabi immigrants see themselves politically akin to Chinese newcomers as fellow Asians.

Third, ethnic solidarity can cut both ways. In the 2016 elections, Trump won an overwhelming and nearly unprecedented number of working class whites in critical swing states. Many either had not voted in prior elections or had voted Democratic. The culture’s obsession with tribalism and special ethnic interests—often couched in terms of opposing “white privilege”—had alienated millions of less well-off white voters. Quietly, many thought that if ethnic activists were right that the white majority was shrinking into irrelevance, and if it was acceptable for everyone to seek solidarity through their tribal affiliations, then poor whites could also rally under the banner of their own identity politics. If such trends were to continue in a nation that is still 70 percent white, it would prove disastrous for the Democratic Party in a way never envisioned during the era of Barack Obama. Hillary Clinton discovered that Obama’s identity politics constituencies were not transferrable to herself in the same exceptional numbers, and the effort to ensure that they were often created new tribal opponents.

Fourth, it is not certain that immigration, both legal and illegal, will continue at its current near record rate, which has resulted in over 40 million immigrants now residing in America—constituting some 13 percent of the present population. Trump is likely not just to curtail illegal immigration, but also to return legal immigration to a more meritocratic, diverse, and individual basis. Were immigration to slow down and become more diverse, the formidable powers of integration and intermarriage would perhaps do to the La Raza community what it once did to the Italian-American minority after the cessation of mass immigration from Italy. There are currently no Italian-American quotas, no Italian university departments, and no predictable voting blocs.

Fifth, class is finally reemerging as a better barometer of privilege than is race—a point that Republican populists are starting to hammer home. The children of Barack Obama, for example, have far more privilege than do the sons of Appalachian coal miners—and many Asian groups already exceed American per capita income averages. When activist Michael Eric Dyson calls for blanket reparations for slavery, his argument does not resonate with an unemployed working-class youth from Kentucky, who was born more than 30 years after the emergence of affirmative action—and enjoys a fraction of Dyson’s own income, net worth, and cultural opportunities.

Finally, ideology is eroding the diversity industry. Conservative minorities and women are not considered genuine voices of the Other, given their incorrect politics. For all its emphasis on appearance, diversity is really an intolerant ideological movement that subordinates race and gender to progressive politics. It is not biology that gives authenticity to feminism, but leftwing assertions; African-American conservatives are often derided as inauthentic, not because of purported mixed racial pedigrees, but due to their unorthodox beliefs.

The 2016 election marked an earthquake in the diversity industry. It is increasingly difficult to judge who we are merely by our appearances, which means that identity politics may lose its influence. These fissures probably explain some of the ferocity of the protests we’ve seen in recent weeks. A dying lobby is fighting to hold on to its power.