No government agency should be able to acquire lands critical for habitat at no cost. 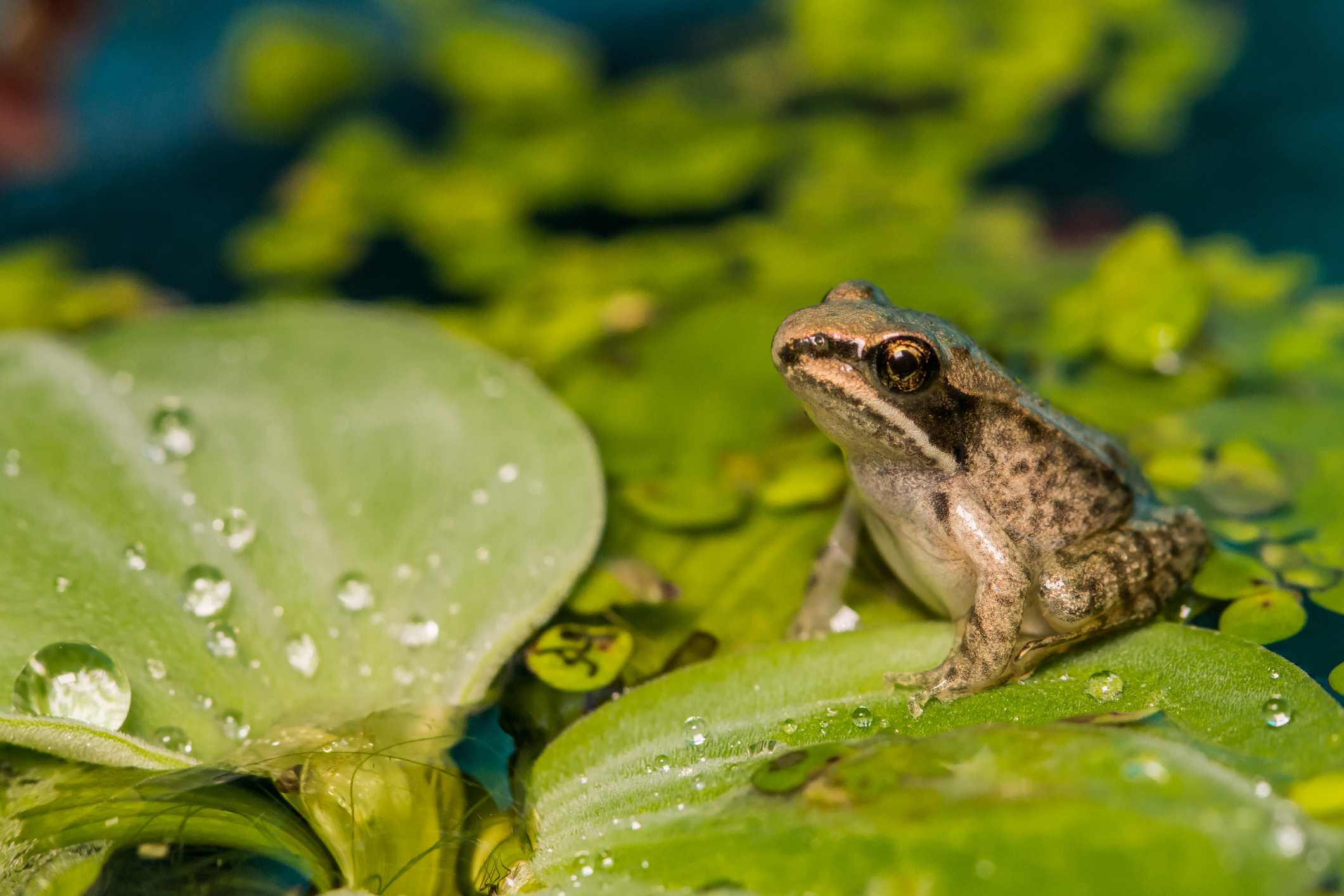 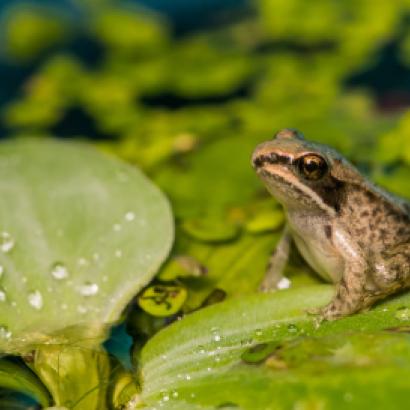 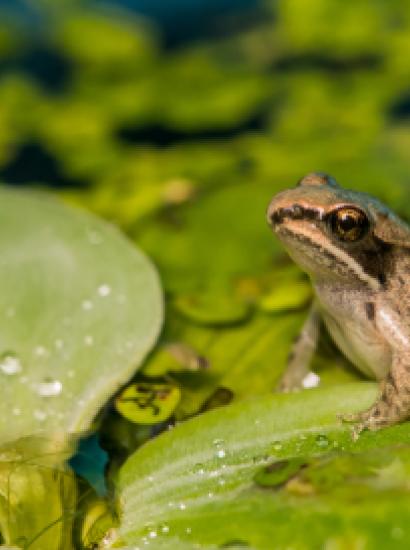 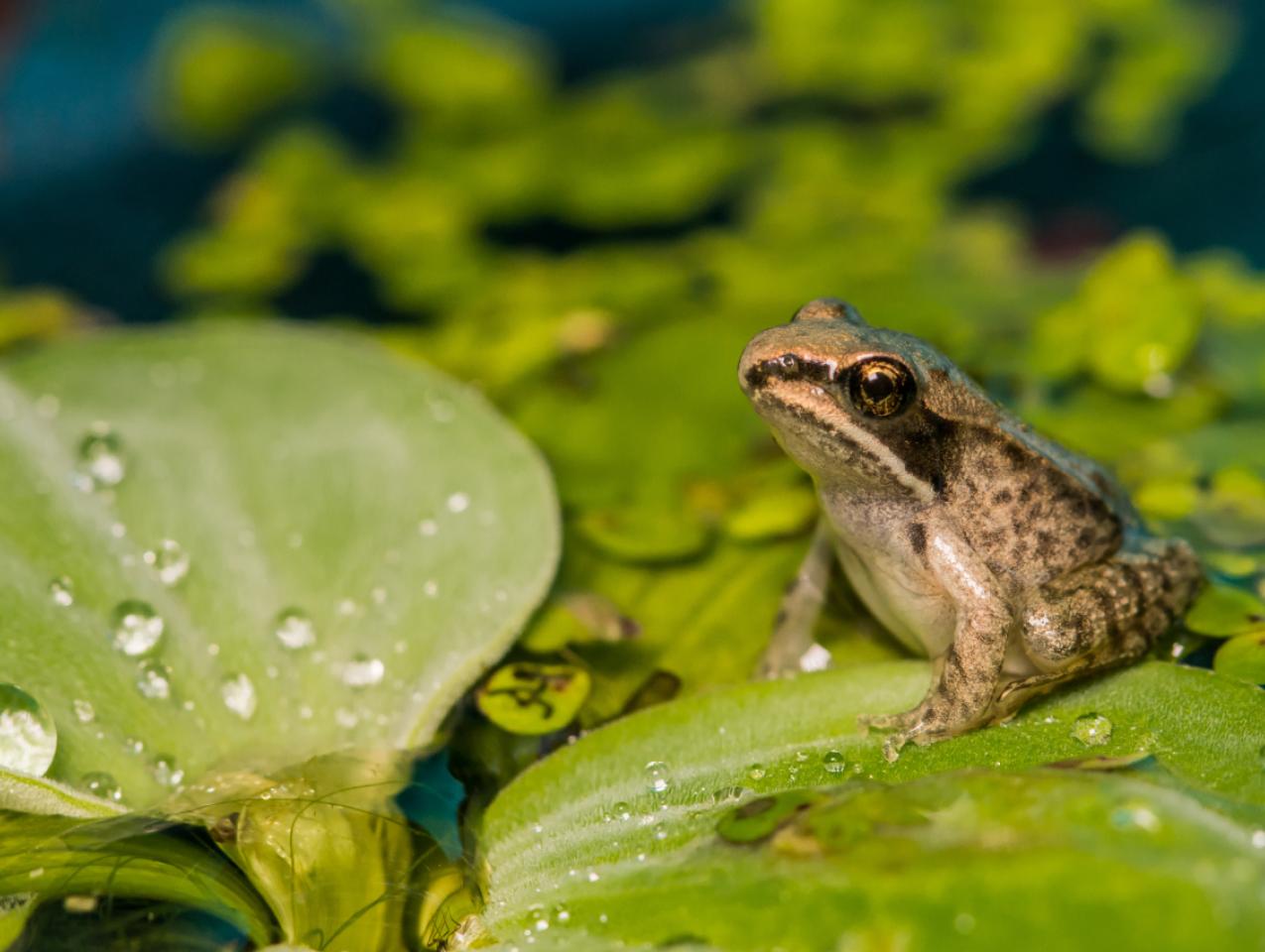 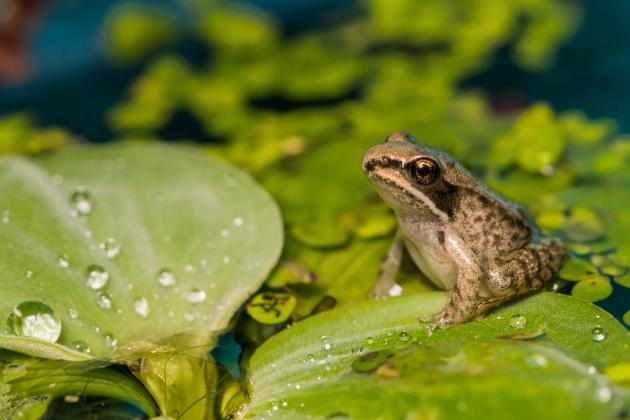 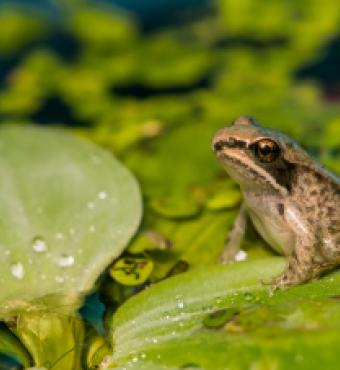 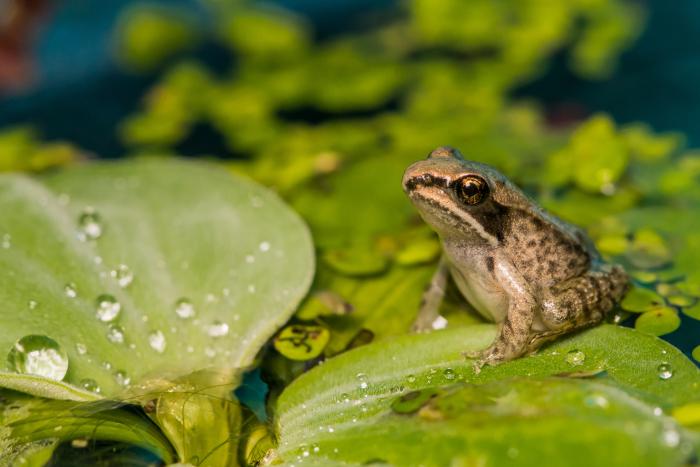 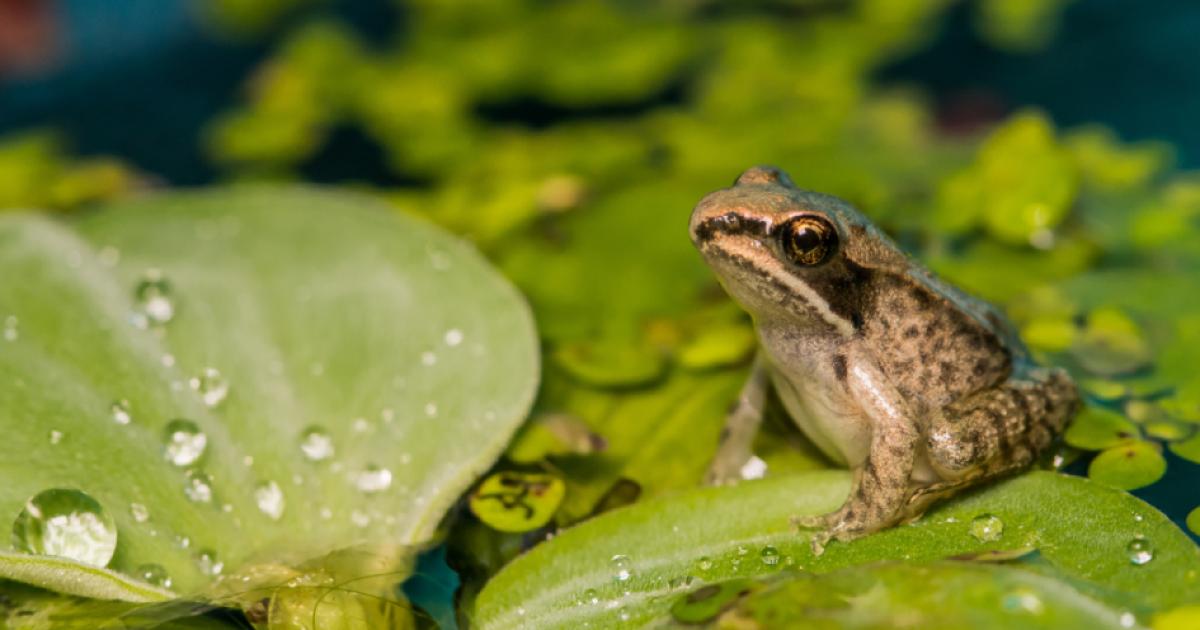 The new term of the United States Supreme Court got off to an inauspicious start in the important case of Weyerhaeuser v. United States Fish and Wildlife Service. At issue in the case is the Endangered Species Act of 1973 (ESA), which allows the government to take steps to protect endangered and threatened species from destruction. Weyerhaeuser involved the preservation of potential habitat for the dusky gopher frog, whose lifestyle requires living underground in areas covered by open-canopied pine forests, from which the frogs migrate to isolated, ephemeral ponds for breeding before returning home. These exacting conditions are not easily found, and the Fish and Wildlife Service (FWS) spent an inordinate amount of time, effort, and careful study to locate such a habitat. In this case, the FWS acted only after it conducted, as the majority in the Fifth Circuit noted, an exhaustive “economic analysis, two rounds of notice and comment, a scientific peer-review process including responses from six experts, and a public hearing.”

After its investigation concluded, FWS designated as critical habitat some 1,544 acres of privately-owned land in Louisiana. That land had been slated for timber harvesting, followed by residential and commercial development. The FWS made its designation even though only one such frog was found on these lands back in 1965. The ESA’s instruction to the FWS was to make sure that the site designated as critical habitat contains “those physical or biological features . . . essential to the conservation of the species.” The FWS read the term “essential” broadly to cover the proposed site, subject to two huge caveats. First, the designated space could not support the dusky gopher program in its current condition. Extensive site modification was required to make the area habitable for the frog. Second, FWS had no current plans for the needed site modification, and it had set aside no funds for its improvement. As a result, the site was in limbo. The Fifth Circuit majority protested that such critical habitat designations “do not transform private land into wildlife refuges” because they neither authorize the government to enter the land nor require the private owner to modify the property to populate it with members of the endangered species. But that sentence tells only half the story: the designation does put the land into legal limbo because its owners can no longer use it for its intended purposes unless they first obtain a permit under the Clean Water Act to alter the site, which can only happen if FWS approves of the change in use under the ESA. The plaintiffs alleged “that the resulting lost development opportunities could cost the landowners $34 million.” Those are social as well as private losses.

On this record, the Supreme Court had to decide whether to affirm the FWS’s designation. The oral argument before the Supreme Court on October 1, 2018 was dominated by dueling hypotheticals. Justice Kagan wanted to know from the landowners whether the designation of critical habitat could be accurately attached to a site as yet unused that might be rendered fit by a few “slight improvements,” such as digging holes in appropriate places. At the opposite pole, Chief Justice Roberts asked the government whether the term “critical habitat” was expansive enough to “build a giant greenhouse and plant the longleaf pines” for the frog to live in, say, Alaska.

The actual case lies neatly between these two poles, and in order to see why the Court’s questions resemble an entertaining parlor game, it is necessary to take one step back from the warring hypotheticals to ask why the case came to the Court to begin with. The odd examples arise because the justices are focused on the wrong questions, dealing with the adequacy of the FWS’s statutory interpretation and site analysis. As a matter of principle, there are two, central underlying questions. First, how far can the government go to protect these species from destruction? And, second, what means are at its disposal? Can it work through a coercive command and control system, or must it in cases of critical habitat preservation provide just compensation to private landowners whose property is so designated?

Unfortunately, the Court took a desperately wrong turn on habitat preservation in the 1995 case Babbitt v. Sweet Home Chapter, Communities for Great Oregon. The majority in Sweet Home held that government need not pay compensation in order to designate particular lands as critical habitat. To see why this initial move matters, ask this question: how would the FWS have proceeded if it knew that it would owe the private landowners $34 million to make its critical habitat designation on the exact same site and based on the exact same research as it conducted here? Faced with that bill, it is highly unlikely that the FWS would have forged ahead once it had to consider both sides of the equation, costs as well as benefits. At this point, the two extremes proposed by the Kagan and Roberts hypotheticals neatly sort themselves out. Having done its thorough and dispassionate evaluation, the odds are far greater that FWS would commit its tax dollars to the Kagan program than to the Roberts one.

Oddly enough, by this metric the least likely candidate for critical habitat designation is the non-hypothetical FWS program for the frog: its deferred benefits that could take perhaps 50 years or more to materialize won’t cut it in the face of a high, immediate payment to the landowners, especially if the project may never be undertaken (perhaps because the designated habitat might be home to some other endangered species). If FWS went forward at all, it would certainly look for less costly ways to discharge its mission.

Indeed, it is exactly this course of action that was contemplated by the ESA. Section 9 of the ESA contains a basic prohibition that makes it unlawful to “take” any endangered species within the United States, the territorial seas, or on the high seas. The term “take“ receives a statutory definition that means “to harass, harm, pursue, hunt, shoot, wound, kill, trap, capture, or collect, or to attempt to engage in any such conduct.” In Sweet Home, Justice Stevens held that the term “harm” included the destruction of critical habitat—a ruling that showed deference to the government administrator, and thus offers yet another illustration of the mischief of the Chevron doctrine.

Yet this broad definition of “harm” sticks out like a sore thumb from the other items on the list. The term “harm” should be reserved for focused actions that attack some protected species, including, for example, poisoning or throwing newborn birds out of their nests to die. Those terms fit in neatly with the basic prohibition of Section 9. But treating habitat destruction as harm makes no sense on the high seas, where the government lacks any jurisdictional power. In addition, the broad definition of habitat makes hash of the basic statutory scheme, which gives the government an explicit option under section 5 to acquire by voluntary purchase or condemnation “lands and waters, or interests therein,” that are suitable for habitat protection. It seems painfully clear that the section will be a dead letter if the government always has a zero price option at its disposal to protect habitat. To meet that objection, Justice Stevens noted that the Secretary of the Interior “may also find the § 5 authority useful for preventing modification of land that is not yet but may in the future become habitat for an endangered or threatened species.” After Weyerhaeuser, Stevens proved a bad prophet as the condemnation power was left unused. The simple calculation for the government is, if it has no immediate use for the property, why pay a dime for its occupation today when it can use its permit power to regulate the activities of the private owner? It is precisely where the losses to the owners are both large and immediate that the purchase option should be mandatory, because the government will not exercise it at its own cost otherwise. Without it, we live in the worst of all possible worlds—neither private nor public use.

In the current, second-best world, it is not possible to undo Sweet Home’s major conceptual blunder. Indeed, at no point in the case did the justices or lawyers bother to question the soundness of Sweet Home. So the hard statutory question deals with the proper construction of the word “essential.” In engaging in the usual game of deference, the Fifth Circuit held that the designation of critical habitat could be essential, even if there were no time limit for the exercise of that power. That account has to be wrong. A standard dictionary definition lists as synonyms for “essential” such words as “all-important, critical, imperative, indispensable,” and the like. It tortures the English language to think that a project that may or may not be undertaken counts as essential. So even if the ESA protects both occupied and unoccupied habitat, that unoccupied habitat can only be critical to the conservation of a species if it is immediately pressed into that service. Justice Kagan’s hypothetical only confirms what the ESA explicitly states, namely, that the phrase “unoccupied critical habitat” is not necessarily an oxymoron. But it lends no support whatsoever for any definition of critical habitat that does not speak of putting the habitat into operation now. If the FWS would not pay for this project out of its own fund, it should not force private firms to bear those costs. The Supreme Court should stoutly rebuff this dangerous extension of government power.