One of Turkish President Tayyip Erdogan’s pet projects is the promotion of “imam-hatip” schools within the Turkish education system with the hope that it would help create his desire for a “pious generation.” Originally designed to educate young imams and preachers, the schools follow the standard curriculum of Turkey’s ministry of education, but also offer additional courses in Arabic, Islamic law and the Quran. Erdogan – himself a graduate – wants Turkey’s imam-hatip schools to be the centerpiece of the country’s educational system and its graduates to be the next generation’s leaders, undoing nearly a hundred years of secular dominance. 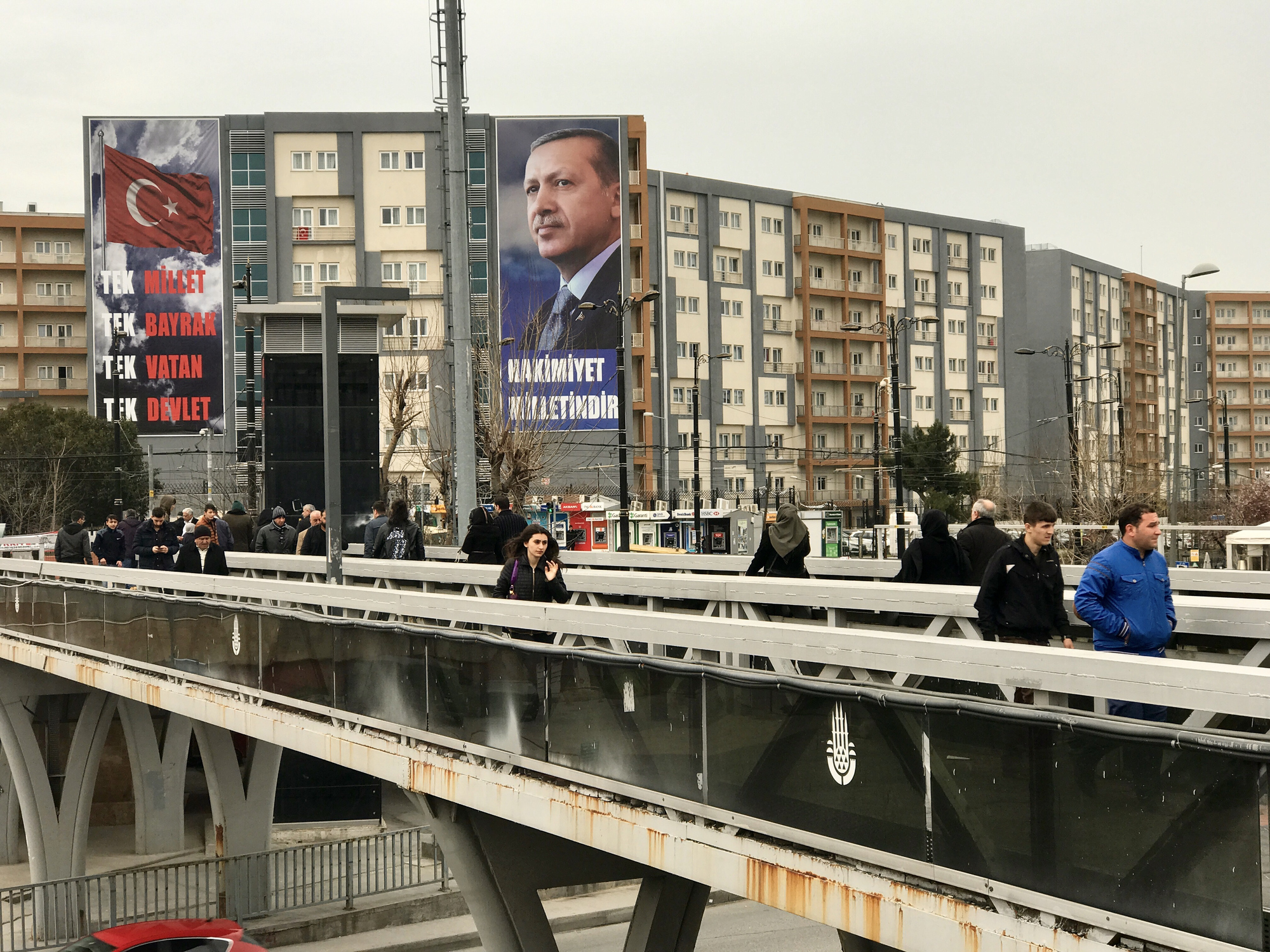 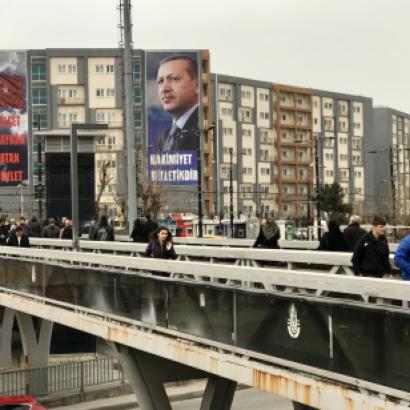 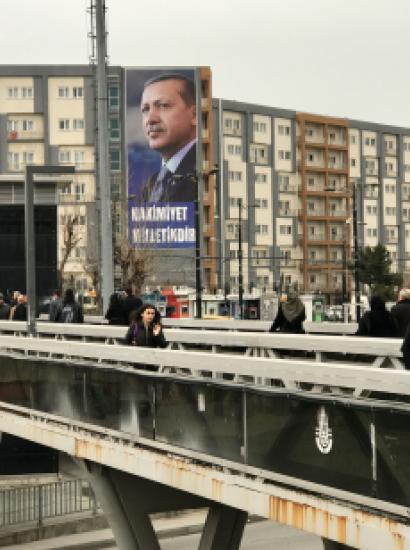 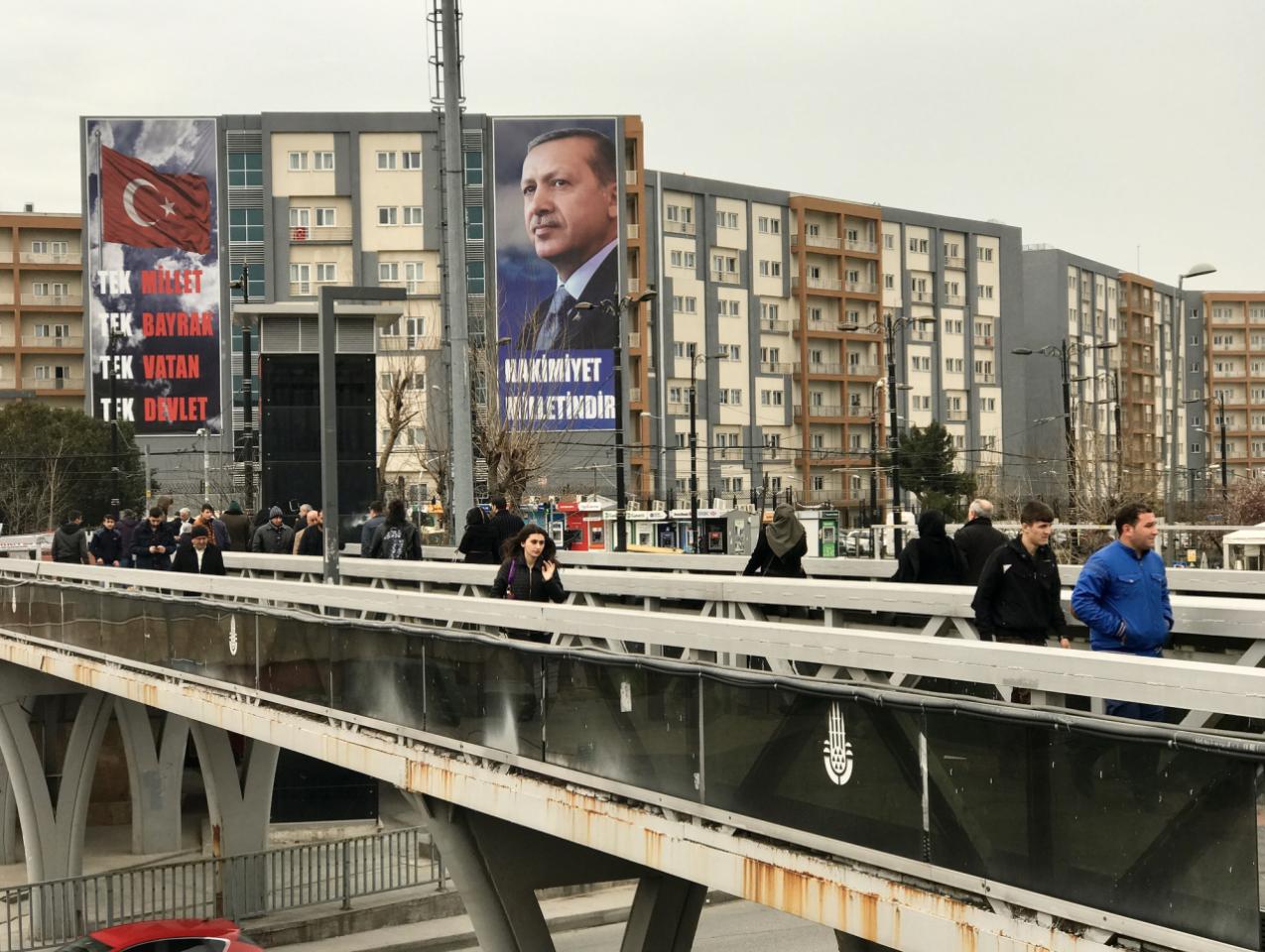 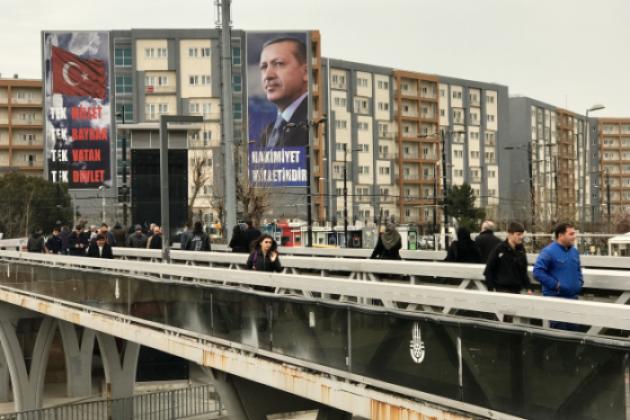 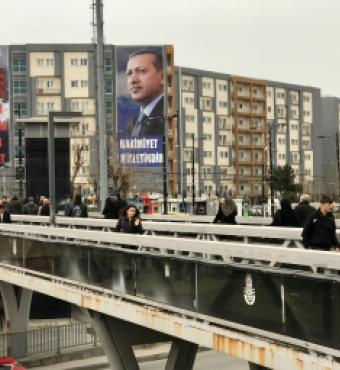 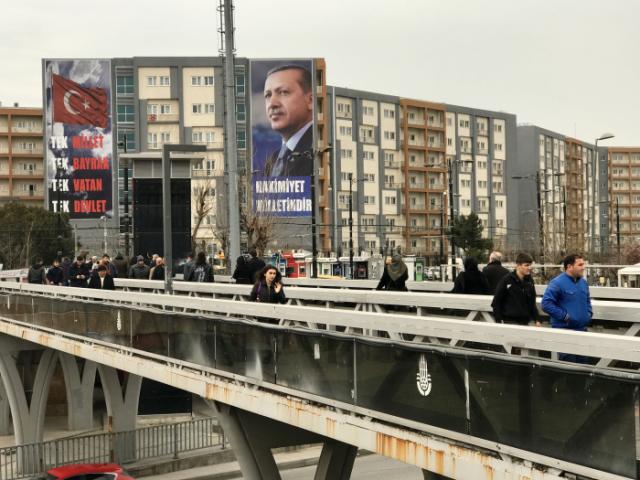 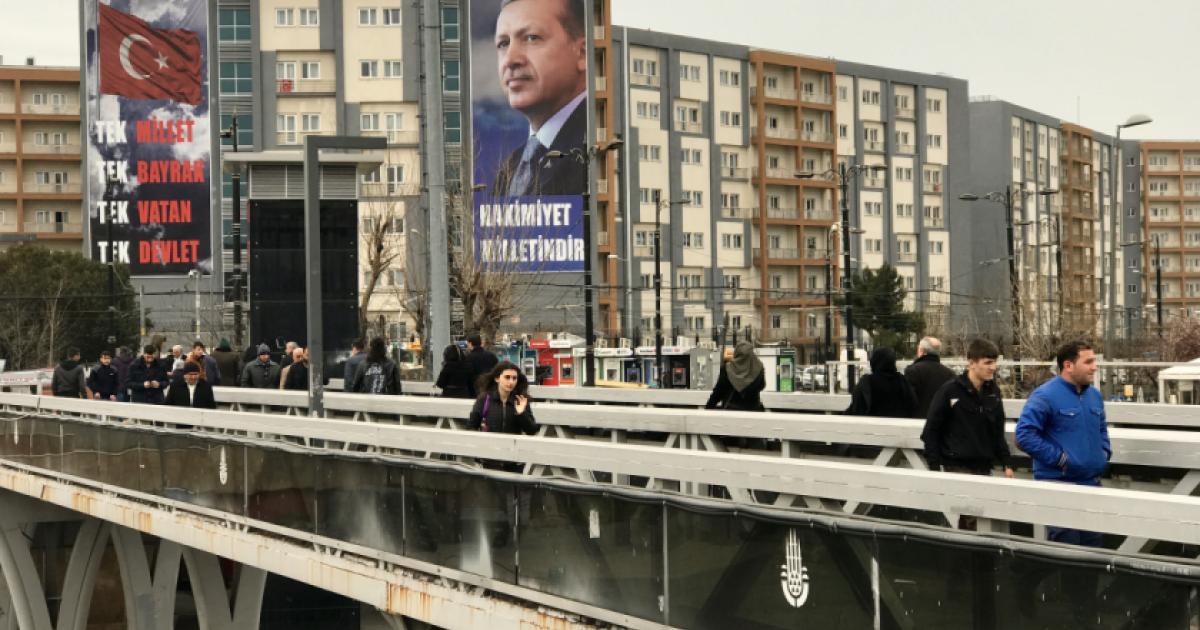 One of Turkish President Tayyip Erdogan’s pet projects is the promotion of “imam-hatip” schools within the Turkish education system with the hope that it would help create his desire for a “pious generation.” Originally designed to educate young imams and preachers, the schools follow the standard curriculum of Turkey’s ministry of education, but also offer additional courses in Arabic, Islamic law and the Quran. Erdogan – himself a graduate – wants Turkey’s imam-hatip schools to be the centerpiece of the country’s educational system and its graduates to be the next generation’s leaders, undoing nearly a hundred years of secular dominance.

But there is a problem. Despite the pro-Islamist Turkish government’s efforts to promote imam-hatips and the injection of enormous funding over the years, when given a choice, most Turkish families prefer secular public schools. Turkey’s imam-hatip students are no madrassas kids – the schools follow the strict curriculum of Turkey’s ministry of education and the teachers are appointed by the ministry. But still, only 10% of the student body in middle schools prefer imam-hatips and their student quotas remain vacant across the country. There is an obvious reason for that. Secular schools have better test results and university placement records – whereas only 15% of imam-preacher school students make it to universities. So even in conservative Anatolian towns, families opt for imam-preacher schools only when grades, test scores, or school district zoning regulations make it difficult for their kids to enter alternative schools.

Something is happening in Turkey – Islam’s political ascendancy under the leadership of Tayyip Erdogan is sprinkling a thin layer of conservatism over the country, but not creating an Islamist society – or a new order.

Last year, a report emerged from the conservative town of Konya that imam-hatip students gravitated towards “agnosticism.” Erdoğan was furious. During a public appearance last April, Turkey’s mercurial president called the minister of education. “This cannot be,” he was heard saying.

While most international observers take it for granted that Islamism is on the rise in Turkey, in reality something deeper and more profound is taking place. True, Erdogan’s new regime is seemingly dismantling Ataturk’s secular republic. But in reality what is really changing is Islamism itself. Mustafa Akyol, an expert on Turkish Islamism, explains this as a reaction to Islam being identified with political power but also political oppression, corruption and degeneration.

Since coming to power 16 years ago, pro-Islamist Justice and Development Party (AKP) has rolled back some of the symbolic tenets of Turkey’s secular governance model. Turkish Islamists had complained for decades that the secular republic of Mustafa Kemal Ataturk had grown a draconian set of laws that stifled free speech and curtailed their rights. Over time, AKP has lifted the ban on headscarf in schools and public offices; given Turkey’s religious sects greater freedom to organize at the grassroots level; promoted imam-hatip schools and generally positioned the conservative lifestyle as the new ruling class in Turkey.

But it is hard to travel across Turkey and conclude that AKP brought the triumph of Islamism over secularism. “The triumph of Erdoganism over Kemalism” may be a more appropriate way to describe the emergence of an authoritarian Erdogan-centric new power center. In that, “Islamism” of AKP is merely the headscarf, the moustache, the personality cult around Erdogan, and the imam-hatip schools – the superficial displays that fall below the demands of Islamist movements across the region. Yes, the ruling class in Erdogan’s Turkey is outwardly more religious than the previous generation of Turkish rulers. But they are a far cry from the Islamist elites in other parts of the Middle East.

For Erdogan, the goal has been the introduction of religion into the public space. But rather than the culmination of an Islamist project, Erdogan’s Turkey can be described as the interjection of a dose of conservatism to an already authoritarian nation-state.

Sure, there are more women with headscarves in the public sphere and most senior bureaucrats fast – or pretend to fast – during the Ramadan. But underneath that thin paint of religiosity, the predominant color in Erdogan’s “New Turkey” is the return of Turkish nationalism.

Erdogan and his followers like to refer to the “New Turkey”— in their view, a rising power that had left behind the trappings of Ataturk’s pro-western republic to emerge as a regional hegemon. It is this yearning for a restoration of the Turkish power that drives AKP today. The party’s Islamism has long been co-opted by its desire to adopt and own the state and its structures in Turkey. Having finally eliminated all his enemies – the “deep state”, the secular military, and finally the Gulenists – Erdogan has consolidated enough power to reshape the military, the bureaucracy, security services, and education. But he has not fundamentally changed the core of Turkey’s state philosophy or national security doctrine– he just put himself at the center of the decision-making process. AKP’s earlier instincts to challenge the Kemalist republic’s establishment views on Kurds, on relations with Europe, and democratization have long been replaced by complacency. On most national security issues, AKP’s outlook today is no different than the former secular establishment. The party has even lately embraced Ataturk as a symbol—referring to Turkey’s founder as a savior who reversed western designs on dividing Turkey. AKP supporters like to draw a direct line from Ataturk to Erdogan.

In a mood of rising nationalist fervor, it is hardly surprising that Erdogan has recently formed an alliance with the ultra-nationalist Nationalist Action Party (MHP) in parliament.  It is thanks to the nationalists and an election campaign based on nationalist themes that the AKP leader was able to retain power in June 2018 elections. Erdogan has walked away from the decade-long peace process with the Kurds (the separatist Kurdistan Workers Party, or the PKK) in 2015 and assumed hardline positions on the Kurdish question in general—not only inside Turkey, but in Syria and Iraq as well. His speeches are peppered with praise for Turkish and Ottoman history and he now attends events like commemorations for the battle of Manzikert, which mythically opened the gates of Anatolia to Turkic tribes in 1071 and started its “Turkification” when Byzance was defeated.

A decade ago, Erdogan, the Islamist, would have had nothing to do with a ceremony glorifying Turkish ethnicity. Today, Erdogan, the nationalist, is eager to witness the re-birth of the Turkish Empire. From the Kurdish issue to civil rights, from Cyprus to a deep paranoia about western designs on Turkey, in many ways Erdogan’s Turkey is not so different from the country I grew up in the 90s: Nationalistic, on edge and pining for its time in history.

If Islamism is a challenge to the modern nation-state with the purpose of replacing its core elements or creating a new order, Erdogan’s Turkey doesn’t quite cut it. His Islamism is not a challenge to the nation-state –  it’s an accessory to it. The regime Erdogan has established is authoritarian and superficially more conservative, but equally nationalistic as its predecessors.

That begs the question of what role Turkey can play in the Middle East. Under Erdogan, Ankara has gone through various personations before settling on the Turkish nation-state model. There was the reformist phase of AKP, from 2002 until 2010, pushing for democratization in an effort to get into the European Union. Then there was the neo-Ottoman era starting with the Arab revolutions of 2011, when AKP officials hoped that Ankara would provide the softpower and the political model to re-create the Ottoman Empire. “The Sykes-Picot borders on the south will eventually just become faded lines on maps,” a senior Turkish official told me in all seriousness in 2012. An important component of this resurgent era was the Kurdish peace process, “We will expand with the Kurds,” was AKP’s maxim.

But the Arab revolutions failed, the Kurdish peace process fell apart, the Syrian civil war dragged on, sectarian wars raged, and the Muslim Brotherhood, long regarded by AKP as a kindred spirit across the Arab world, fell into a retreat after the coup in Egypt. The coup attempt in 2016 rattled Turkey further, leading to an apparent institutional decline and a sense of alarm about “preserving the state.”

Today, the regime’s priority is neither the Islamic ummah nor hegemony in the Middle East expansion or a return to the Ottoman era. The Arab lands that Ottomans left behind during the First World War look increasingly unattractive to mercantile Turks. The new priority is the protection and preservation of the Turkish nation-state and its borders. Turkey’s policy towards the Syrian war or the referendum in the Iraqi Kurdistan region last year are a throwback to its “Anybody But Kurds” policy from the 90s. Much like in the past, today’s priority is about staving off the emergency of a Kurdish entity while fighting “enemies of the state” internally.

There is one fundamental difference between Erdogan’s Turkey and the secular order he has replaced and that has to do with relations with the West. Turks were always suspicious of western intentions, but careful to stay within the boundaries of the western camp. That balance seems to have disappeared in Erdogan’s Turkey. The failed coup attempt of 2016 has encouraged Ankara’s drift away from the Western consensus, many senior government members secretly blaming Turkey’s allies for harboring the Gulen movement whom they hold responsible for the putsch. Since the coup, nationalists and former members of the Turkish establishment have embraced Erdogan as the new symbol of and a vehicle for the state. After its flirtation with Islamism, and for a while liberalism, AKP is content with preserving the status quo – not radically changing it.

In Erdogan’s vision, the new world order is nothing but an arena of great power competition between a resurgent Russia, the United States, China and a frail Europe. Erdogan’s ultimate desire is to add Turkey to that mix as an economic and military power for the 21st century. To justify consolidation of massive power in the hands of Erdogan, AKP has developed the narrative that the world has entered a period of chaos and only a steady captain can prevent the type of ruin that befell the Ottomans during the First World War.

Even though technically Ankara is still part of the West as a NATO country and an aspiring candidate for European Union membership, in reality, Turks feel their country belongs to neither the east nor the west – a “precious loneliness” according to Ibrahim Kalin, one of Erdogan’s top advisors. At the dawn of the new century, the mood in Turkey is simultaneously one of vulnerability and ambition. There is a perception of threat from allies and foes and an obsession about preserving “the state.”

And that, more than anything, marks the resurgence of a nationalist Turkey.