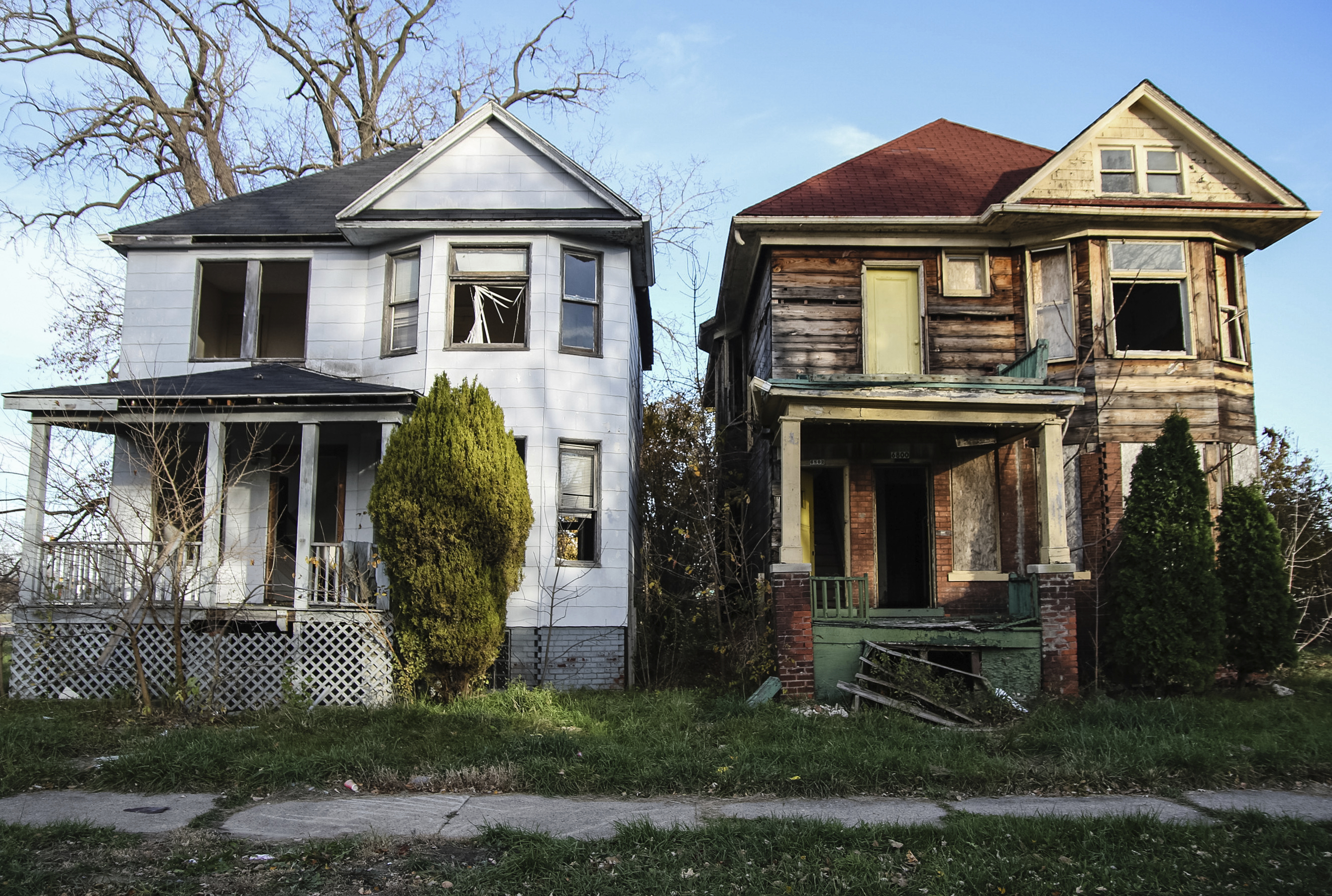 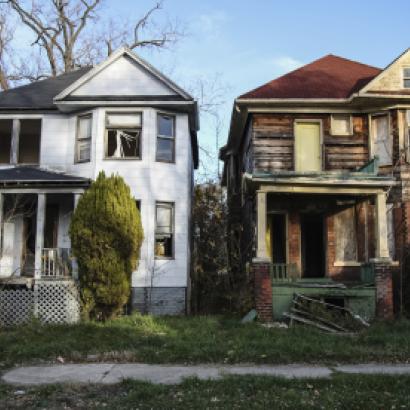 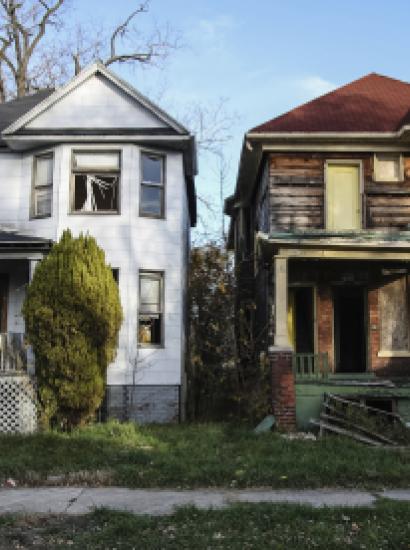 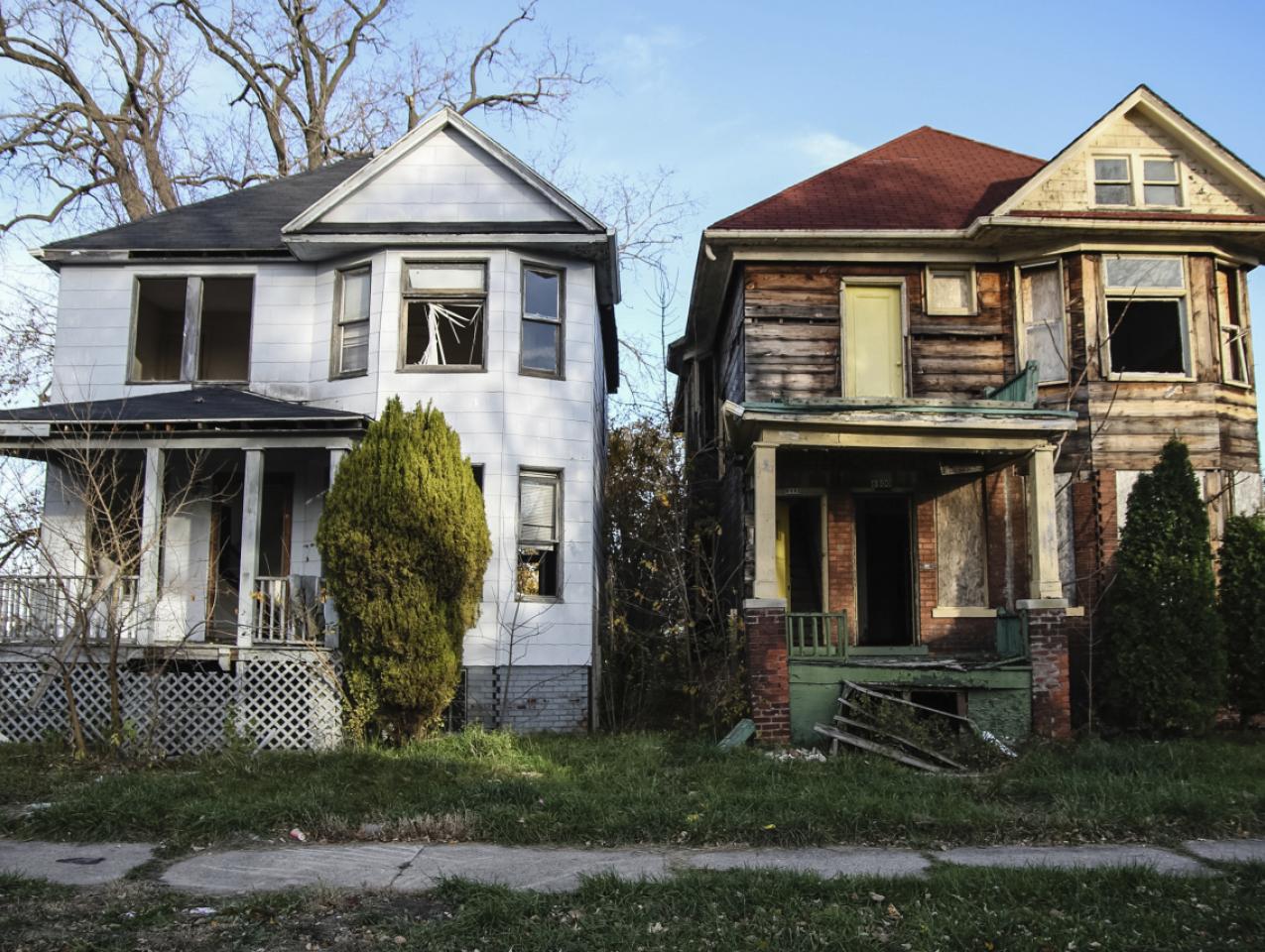 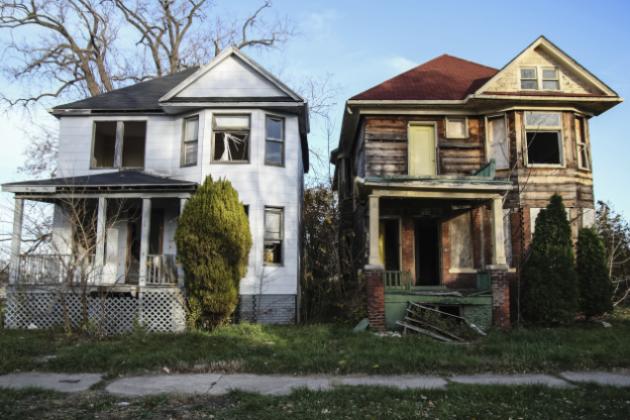 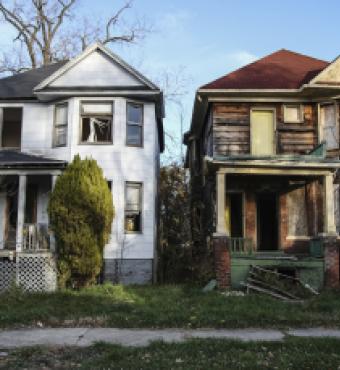 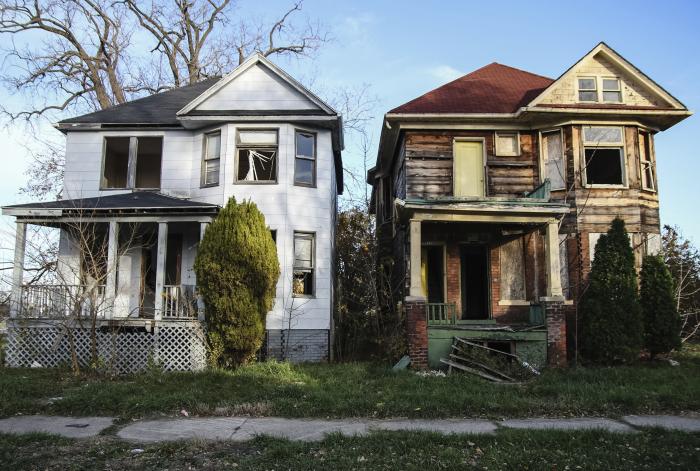 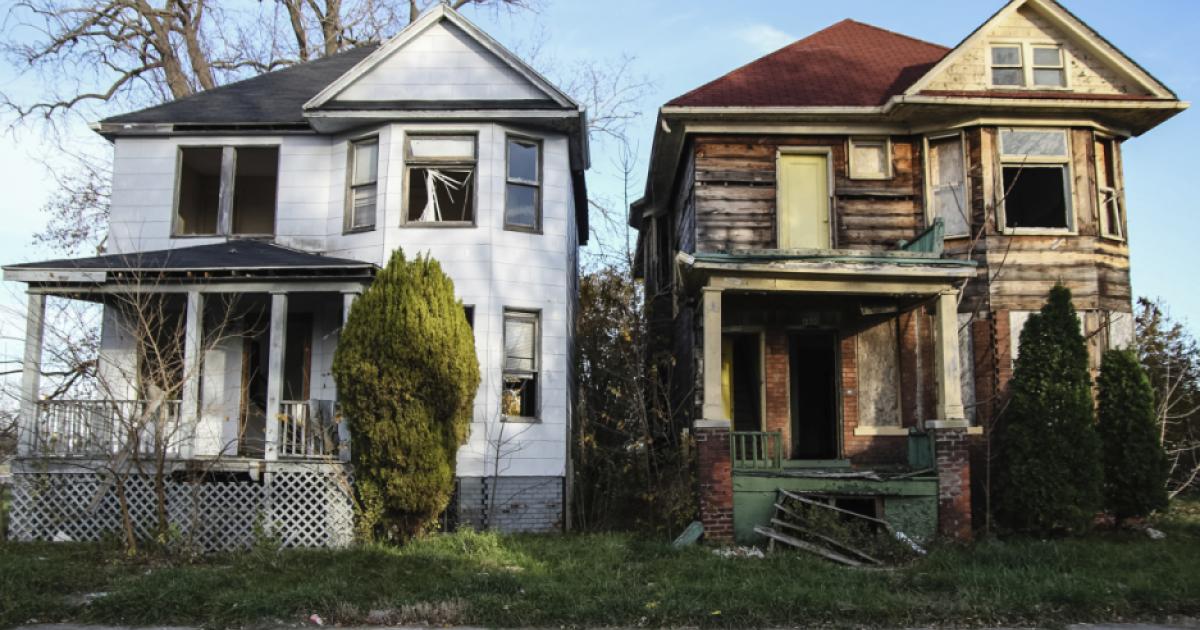 Only about 30 percent of California households, including multi-earner households, are able to afford the state’s median price home. Affordability is even worse in some of the state’s highest income locations, such as San Francisco and Santa Clara County, where only about 15 percent of households can afford the median home. High home prices also raise rental housing prices. Over half of California renters have a rental payment that is considered to be unaffordable according to industry standard income ratios.

Increasingly restrictive zoning and other land-use regulations are the primary factor driving ever-higher California housing costs. California’s housing price premium averaged only about 35 percent between 1940 and 1980, despite the enormous population growth that occurred in this period, when California grew from about seven million residents to about twenty-four million. The substantial rise in California home prices since 1980 coincides with more restrictive land use regulations, including tighter zoning regulations. Many studies present evidence that these regulations are substantially increasing housing costs. One study by economists Edward Glaeser, Joseph Gyourko, and Raven Saks (2005) concluded that restrictive zoning regulations increased housing prices in San Francisco and San José by about 50 percent. This premium is likely to be even higher today.

Other studies have reached similar conclusions: zoning slows down the construction of new housing units and makes it difficult to build public infrastructure.1

California land use regulations are reducing residential construction, which in turn increases housing costs, reduces living standards, imposes an unreasonable financial burden on many families in the state, and slows economic growth. A recent study by economists Kyle Herkenhoff, Lee Ohanian, and Edward Prescott (2018) estimates that shifting California land-use regulations back to 2000 levels would expand California’s population and ultimately generate an additional $800 billion in California incomes and production.

The solution to California’s housing affordability crisis is to create a regulatory framework that balances the interests of economic growth, housing affordability, and development sustainability with environmental protection, protecting California’s rich historical heritage, and development planning that also addresses the challenges created by traffic congestion and expanding public utilities. More housing needs to be built, particularly multifamily housing units, and this can be done while respecting these other considerations.

A central step is to reform the California Environmental Quality Act (CEQA), which was signed into law by then governor Ronald Reagan in 1970. CEQA requires state and local officials to analyze and, when possible, mitigate the adverse environmental consequences of new development projects. More important, CEQA also allows for lawsuits brought by private parties.

While CEQA has accomplished many worthwhile environmental goals, CEQA is also being used in ways that weren't intended. Specifically, CEQA litigation is being widely used by groups that want to delay or block development for a variety of reasons, many of which have little to do with environmental concerns. A detailed report by the law firm Holland & Knight in 2015 established that nearly half of CEQA litigation targets public projects unconnected with private business interests and that infill development projects (i.e., projects that redevelop already existing areas within cities and townships) account for 80 percent of challenged agency approvals of projects with a specific physical location.

Moreover, CEQA litigation is used by businesses that try to prevent competitors from entering their markets and by labor unions that want to strengthen their bargaining power against both public and private employers. All told, roughly half of CEQA lawsuits are decided in favor of the plaintiff, which further incentivizes those bringing CEQA-based lawsuits.

There are several simple and sensible reforms that would remedy some of the worst abuses of CEQA litigation. First, duplicative lawsuits should be prevented, particularly for projects that have already passed the CEQA review. Second, procedural reforms should ensure that delay tactics are not allowed.

Third, losing parties in CEQA legislation should pay for court costs and attorney's fees, as is the default rule in other civil cases. Exceptions to this rule could be permitted only in truly unusual circumstances. Judicial remedies, in particular for minor issues, should be limited to the fixing of such issues and not rescinding a public agency’s project approval to force the repetition of the entire CEQA assessment.

Fifth, historical preservation standards should be tightened to ensure that only truly significant buildings are preserved, not simply old buildings that do not have a significant historical or architectural interest.

The state of California should complement the reform of CEQA litigation by coordinating a new general framework for city and township zoning procedures that would limit the power of private interest groups and local politicians to limit new construction. This new general framework would favor multiuse buildings that include multifamily housing with other uses, including retrofitting existing buildings (such as strip malls) with preference given to locations near public transit. Government could help by coordinating the sales of properties or assisting the financing for acquiring and developing properties.

New zoning regulations can also favor economic development in areas that are very affordable, such as the Central Valley and other inland areas. For example, zoning could favor higher-density areas close to amenities such as a University of California campus, a California State University campus, or a community college campus. A large body of research demonstrates that areas close to higher education institutions benefit significantly from peer-to-peer effects and that high density increases such productivity. Economic development in depressed areas is not only a worthwhile goal in terms of equity within California but is also a sensible way to shift population away from high-cost-of-living areas. This would also reduce carbon emissions and other pollutants, since many California workers live far away from their work locations.

Proposition 10 changes incentives in such a way as to exacerbate California’s housing crisis, particularly for renters. While the renters who live in units that are newly controlled may benefit from lower rents, there will be some rental units that will be converted from rental property to owner-occupied housing. Moreover, the existence of increased rent control, or even the potential of future rent control, will depress the incentives to construct new rental housing. This will reduce the supply of rental units and thus widen the already large gap between supply and demand. Since property values reflect future explicit and implicit rental prices, increased rent control may also tend to reduce property values, which will reduce state property tax revenues, and which in turn will place additional pressure on the state budget.

Rent control does not productively address the fundamental factors that are causing the current imbalance between demand and supply. Rather, it represents a market distortion (a price control) that is intended to deal with another market distortion (zoning regulations). Proposition 10 may well increase the imbalance between supply and demand and it may increase homelessness. It will create a lottery in which there will be some fortunate renters who will pay lower future rents while many other unlucky renters will not be able to find housing. These views are consistent with the empirical study by Diamond, McQuade, and Qian (2007), who find that rent control in San Francisco decreased rental housing supply substantially between 1995 and 2012. This lower supply cost all renters $5 billion. This loss occurs despite the benefit to those renters who remain in their units and receive considerably lower rent because of controls.

The views expressed here regarding the impact of rent control on the housing market are also consistent with the empirical study by Gyourko and Linneman (1989), who find that rent control significantly depresses housing values and that in the absence of free market rentals, landlords may ration scarce rent-controlled units in such a way as to increase racial and other types of discrimination against minority renters.

It is important to note that increased California development would bring challenges associated with traffic congestion, which is already severe in many California cities. A potential solution is to combine congestion pricing of the use of streets and highways with enhanced public transportation. Stockholm, London, and Singapore, among other large cities, have introduced electronic congestion user-fees to prevent severe congestion of their roads and streets during peak times. Modern computer systems allow for sophisticated management of such systems to regulate traffic and collect fees during the day with a minimal impact on drivers. California could create an agency that would collect such congestion fees and use the revenue, net of operating costs, to invest in the construction and operation of public transportation systems. In such a way, roads would operate with lower levels of congestion, pollution would be reduced, and citizens would have access to fast, reliable, and economical public transit.

Jesús Fernández-Villaverde is professor of economics at the University of Pennsylvania, where he serves as director of graduate studies in the Economics Department. He is a visiting professor at University of Oxford, visiting fellow at Nuffield College (Oxford), visiting scholar at the Federal Reserve Banks of Chicago and Philadelphia and the Bank of Spain, adviser to the Hoover Institution at Stanford University’s Regulation and Rule of Law Initiative, and a member of the National Bureau of Economic Research, the Center for Economic Policy Research, and ADEMU. He is editor of the International Economic Review. In the past, he has served on the editorial boards of several other journals. His research has appeared in leading journals, including American Economic Review, Econometrica, and Review of Economic Studies. He has edited and coauthored several books.

Lee E. Ohanian is professor of economics and director of the Ettinger Family Program in Macroeconomic Research at the University of California-Los Angeles, where he has taught since 1999. He is also a senior fellow at the Hoover Institution at Stanford University and the associate director of the Center for the Advanced Study in Economic Efficiency at Arizona State University. He is an adviser to the Federal Reserve Bank of Minneapolis and previously has advised other Federal Reserve banks, foreign central banks, and the National Science Foundation. His research has appeared in the American Economic Review, Econometrica, the Journal of Political Economy, the Review of Economic Studies, and other peer-reviewed journals. He also writes the weekly economics column “California on Your Mind” at https://www.hoover.org/publications/californiaonyourmind.