The Need For Missile Defense

America has been largely impervious to foreign attack and invasion. That’s no longer the case. 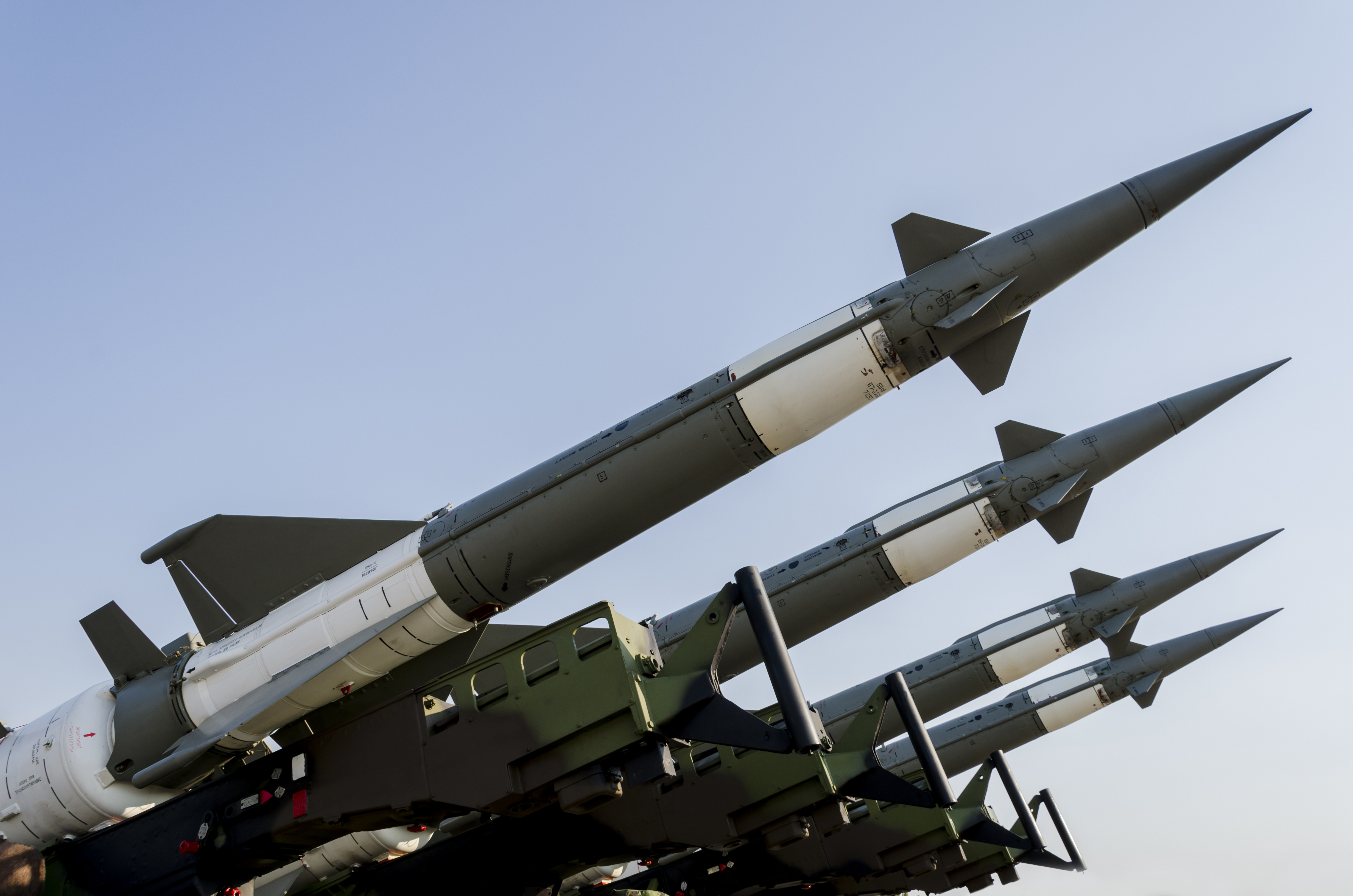 The Need For Missile Defense 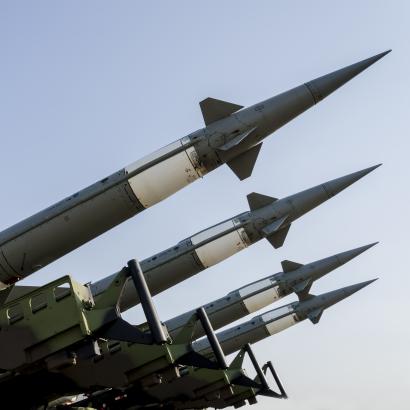 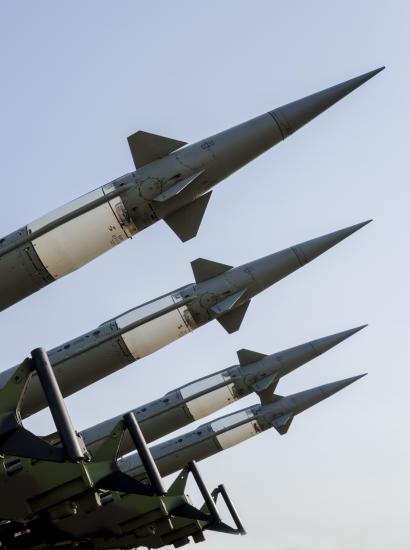 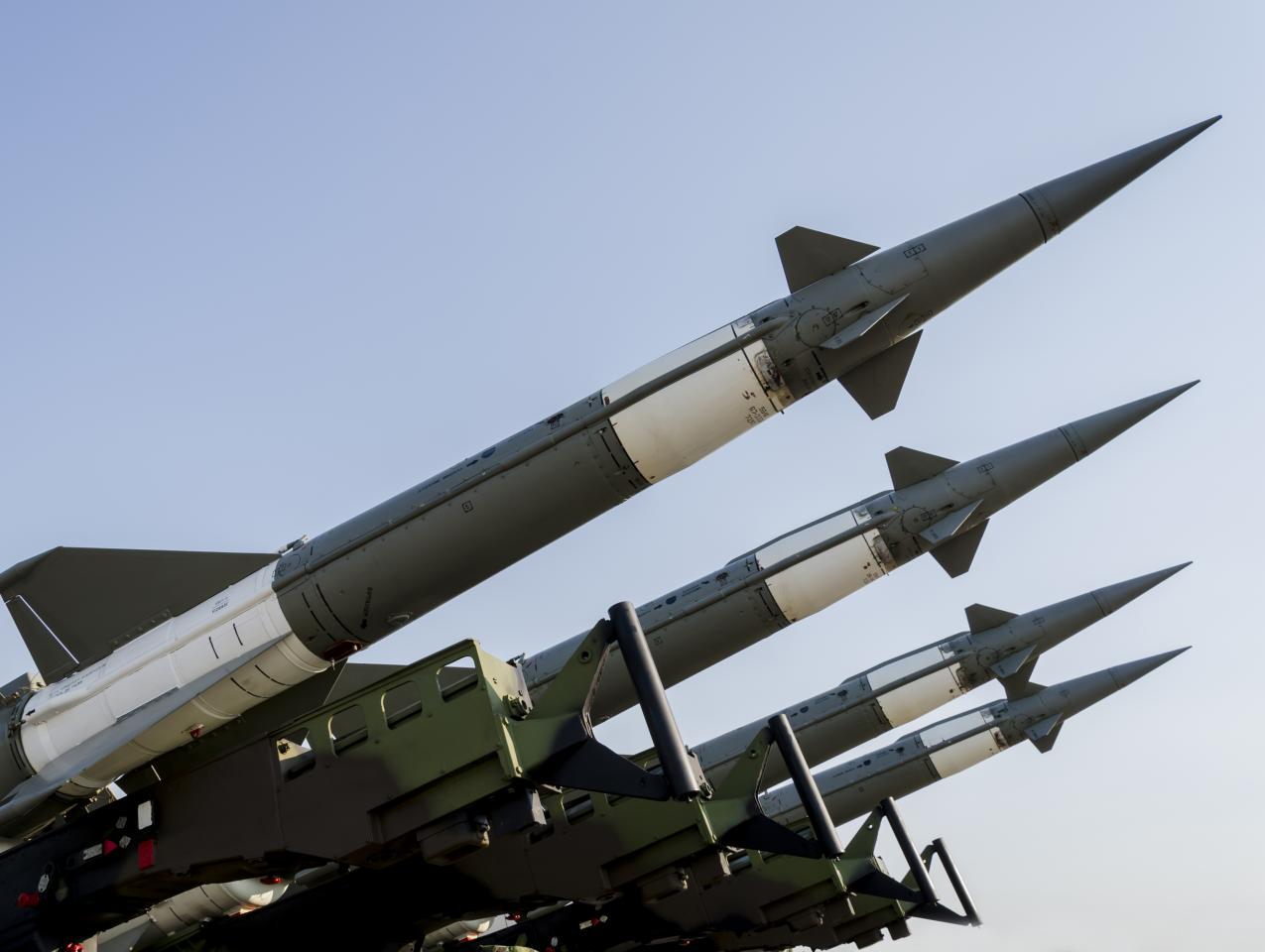 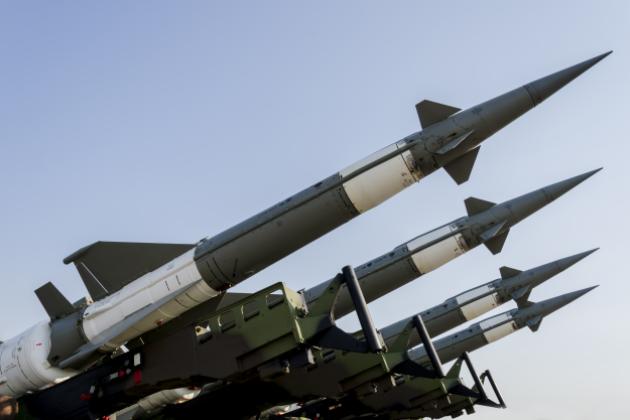 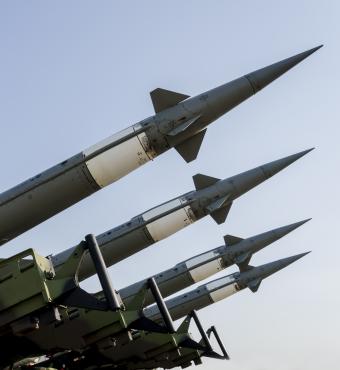 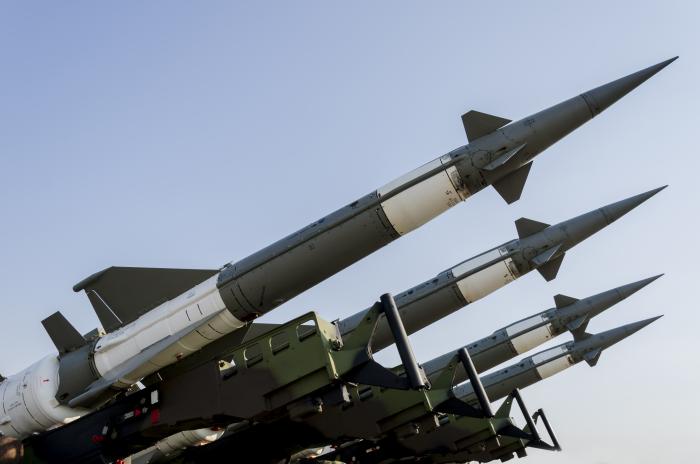 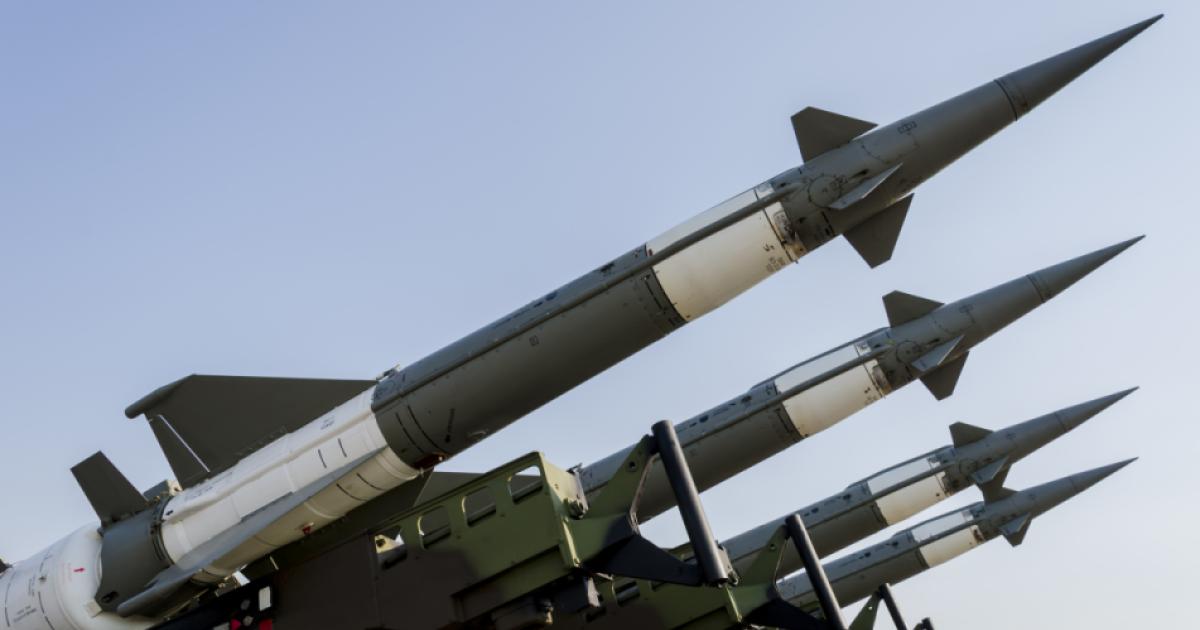 America’s great advantage when it entered world affairs after the Civil War was that its distance from Europe and Asia ensured that it was virtually immune from large sea-borne invasions.

The Pacific and the Atlantic Oceans proved far better barriers than even the forests and mountain ranges of Europe. At twenty-eight years old, Abraham Lincoln succinctly summed up America’s natural invincibility in his famous Lyceum Address of January 27, 1838: “All the armies of Europe, Asia and Africa combined, with all the treasure of the earth (our own excepted) in their military chest; with a Bonaparte for a commander, could not by force take a drink from the Ohio, or make a track on the Blue Ridge, in a trial of a thousand years.”

In an age before air power, missiles, and napalm, Lincoln understood that no great power had the expeditionary power to invade and hold the vast North American continent.

So Americans began to assume that while they might fight frequently abroad and send expeditionary armies and naval forces around the globe, the fight would never come to them at home. America’s security cocoon was reinforced after the mid-nineteenth century when there was no longer any danger from either a neighboring Canada or Mexico.

The rare times in our history that enemies breached our natural defenses and hit our cities caused national hysteria—and yet never approached the magnitude of a serious invasion.

The small British expeditionary army that left the West Indies to burn the White House in August 1814 was under orders not to venture inland, but to conduct raids of terror and then leave. The Japanese never managed a serious attack. Their pathetic efforts at launching armed balloons to hit the west coast or to shell shoreline facilities by submarines inflicted almost no damage. Such pinpricks only further reminded the world of innate U.S. defensive advantages.

Hitler talked grandly of a long-range, multi-engine “Amerika” bomber that could hit U.S. cities. But the weapon remained the stuff of fantasy. German U-boats did terrible damage to U.S. freighters off the East Coast in early and mid-1942. Yet they never were, nor could have been, the vanguard of a German expeditionary attack. Equally impotent were Nazi attempts to send terrorist teams to disrupt U.S. industry.

Even during the Civil War, the Union remained impervious to sustained attack on most of its homeland by either foreign or Confederate troops. The South’s planned and actual incursions into Northern territory caused temporary panic—such as Albert Sidney Johnston’s envisioned advance beyond Tennessee that failed at Shiloh, Robert E. Lee’s march into Pennsylvania that was turned at Gettysburg, and Jubal Early’s audacious attempt to sprint into Washington. But these Confederate efforts were never designed to take and hold vast Union cities.

The September 11, 2001 attacks on the Pentagon and the World Trade Center killed thousands, destroyed and damaged iconic buildings, and sought to undermine U.S. resolve. But again, the terrorist operations were not part of a sustainable war aimed at destroying the U.S. mainland.

Only by the 1950s during the Cold War did the Soviet Union for the first time in U.S. history achieve the potential to destroy the U.S. homeland. But that aim was itself checked by the doctrine of mutually assured destruction. MAD ensured that any first-strike effort against American cities and bases would result in the total destruction of the Soviet Union itself by the American nuclear arsenal.

When “Red” China went nuclear in 1964, there were worries that Mao was an early Kim Jong-un-like figure—unhinged and not subject to deterrence. Thus he was feared for being capable of sending his small arsenal of nuclear tipped missiles against the West Coast without worries of an overwhelmingly destructive U.S. counter-strike. In fact, Mao, like Stalin had earlier, soon proved rational enough, with no desire to lose a Beijing or Shanghai in order to take out San Francisco, in an age before serious missile defense.

It was said that Ronald Reagan “broke” the Soviet Union with his arms build-up and vision of a space-based missile defense system (the Strategic Defense Initiative, dubbed “Star Wars” by its critics). Such a promised escalation and expense challenged the ossified Russian economy to match it in kind, which it could not do, even if it had acquired the necessary commensurate technological know-how.

In sum, America has grown accustomed to believing that most foreign powers could never bring the war home to our shores—and the few who could accepted that it would be too insane to try.

Yet now, the United States is in quite new strategic territory.

Reagan’s envisioned SDI was never seriously pursued—given that it was often caricatured as a “hoax” and “destabilizing” by critics such as the Democratic Party’s 1984 presidential nominee Senator Walter Mondale. Subsequent liberal administrations predictably frowned upon missile defense. They felt that such a successful first-strike deterrent might make nuclear war more likely; or they wanted the money spent on domestic programs; or they were uneasy with ensuring that the United States achieved preeminent global strategic dominance.

The result was that missile defense systems during the Clinton and Obama administrations were either cut back or curtailed entirely. Recall Clinton Defense Secretary William Perry’s dismissal that there was never a need for missile defense to deter a rogue nation like North Korea: “We do not need a national missile defense system because . . . no rogue nation has ICBMs. . . and if these powers should ever pose a threat, our ability to retaliate with an overwhelming nuclear response will serve as a deterrent.” North Korea supposedly has both thermonuclear weapons and ICBMs, and claims that it is not at all deterred by the specter of nuclear war. And Barack Obama’s infamous hot mic exchange in Seoul, South Korea, with outgoing Russian president Dmitri Medvedev seemed to promise an end to Eastern European–American missile defense deployment.

Here is their exchange:

President Obama: “On all these issues, but particularly missile defense, this, this can be solved but it’s important for him to give me space.”

President Medvedev: “Yeah, I understand. I understand your message about space. Space for you…”

President Obama: “This is my last election. After my election I have more flexibility.”

President Medvedev: “I understand. I will transmit this information to Vladimir, and I stand with you.”

Current existing missile defense systems, both short- and long-range, are of little value in countering a massive Russian strike. And they offer only marginal assurance that a Chinese or Pakistani missile attack could be partly averted.

We have been able to live with these realities for some time, thinking that communist and Islamist adversaries ascribe to the Cold War MAD doctrine. But what is new and terrifying is the emergence of two rogue powers, North Korea and Iran—one nuclear and the other soon to be. Both deliberately seek, at least rhetorically, to ignore MAD reasoning.

Accordingly, both dictatorships have sent unhinged assurances that counter-strike losses on their respective homelands would be well worth vaporizing a Western state or major U.S. city. Kim Jung-un has said: “Let’s reduce the U.S. mainland to ashes and darkness”—while Akbar Hashemi Rafsanjani has taken aim at our ally, Israel: “The use of even one nuclear bomb inside Israel will destroy everything.”

Past diplomatic efforts to stop their nuclear proliferation have proved futile and may have even accelerated the progress of their nuclear acquisition. Certainly, their thuggish leaders learned from the fates of Saddam Hussein in Iraq and Muammar Gaddafi in Libya that losing a nuclear weapons program could be tantamount to losing their lives.

We should assume that barring some sort of new Manhattan Project or national defense commitment analogous to the gargantuan B-29 effort during World War II, the United States will be unable to assure its population of complete safety against a volley of half a dozen North Korean or Iranian intercontinental thermonuclear weapons.

That vulnerability to nuclear attack is evident in the past inability of both the Obama and Trump administrations to fashion a credible threat to such rogue nations—for fear we might well lose an overseas base or even a major city in the effort. Both presidents in quite different fashion alluded to the likely destruction of North Korea should it launch a nuclear weapon at the U.S. homeland or against our allies, but without being sure that such a rhetorical threat would ever deter a seemingly irrational Kim Jong-un. Indeed, we will soon face a far greater likelihood that a nuclear North Korea or Iran will use all of its assets against America than Russia or China would ever consider using one of its nuclear missiles.

Such existential vulnerability is especially unsettling to America. The crisis is not just that our diplomacy is hamstrung and our military options limited. Our role as the leader of the world is likewise diminished.

We can already see an emerging bifurcation with South Korea. Kim Jong-un was able to separate once identical U.S. and South Korean strategic agendas by announcing an ability to hit a U.S. city. For the first time in the nearly seventy-year history of Seoul and Washington, South Korea cannot demand absolute deference in our joint defense posture—given its past unique vulnerability to North Korean attack. Given its new exposure, America now must prioritize its own home defense over its former commitment to its ally South Korea, which in the past was alone vulnerable to a devastating North Korean conventional or nuclear attack.

As Kim Jong-un saw, the specter of incinerating San Diego or flattening Portland has scrambled many previous allied assumptions. Imagine also that an Iranian nuclear-tipped missile fleet would cause the same disruption between European nations and the United States over their differing degrees of vulnerability to an Iranian nuclear first strike. Just as North Korea’s arsenal has unsettled the Japanese-South Korean-Taiwanese-American strategic axis, so too would a nuclear Iran create dozens of contradictory strategic positions out of NATO’s presently shared mutual defense posture.

Missile defense should no longer be written off as a Strangelove fantasy. Rather, it should be seen as the only way in the near future of diminishing the dangers of nuclear blackmail from a Kim Jong-un and Ayatollah Ali Khamenei—or other rogue nuclear nations to come.