The Trump-loathing American left has spiraled out of control. 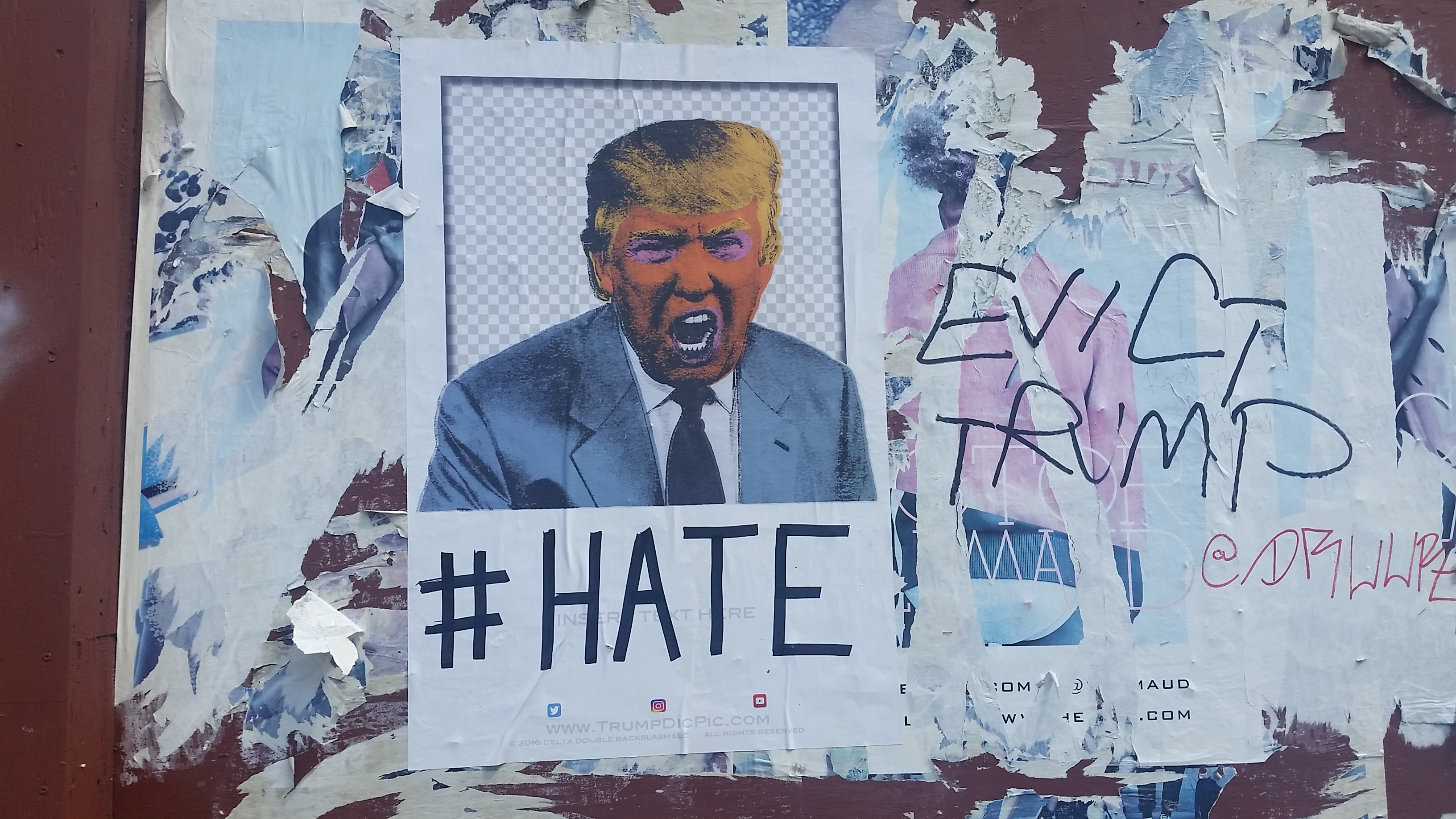 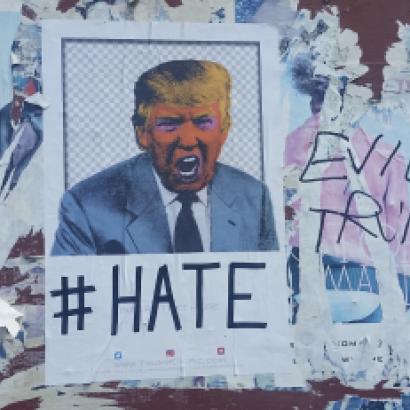 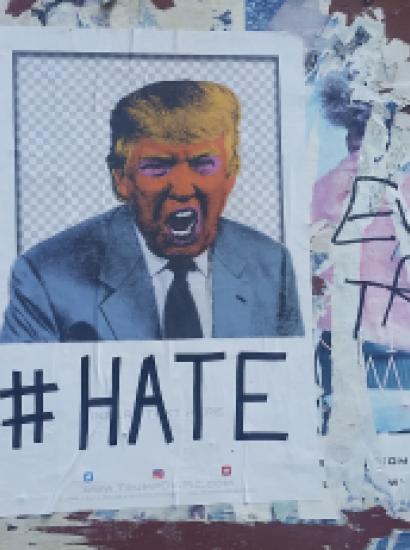 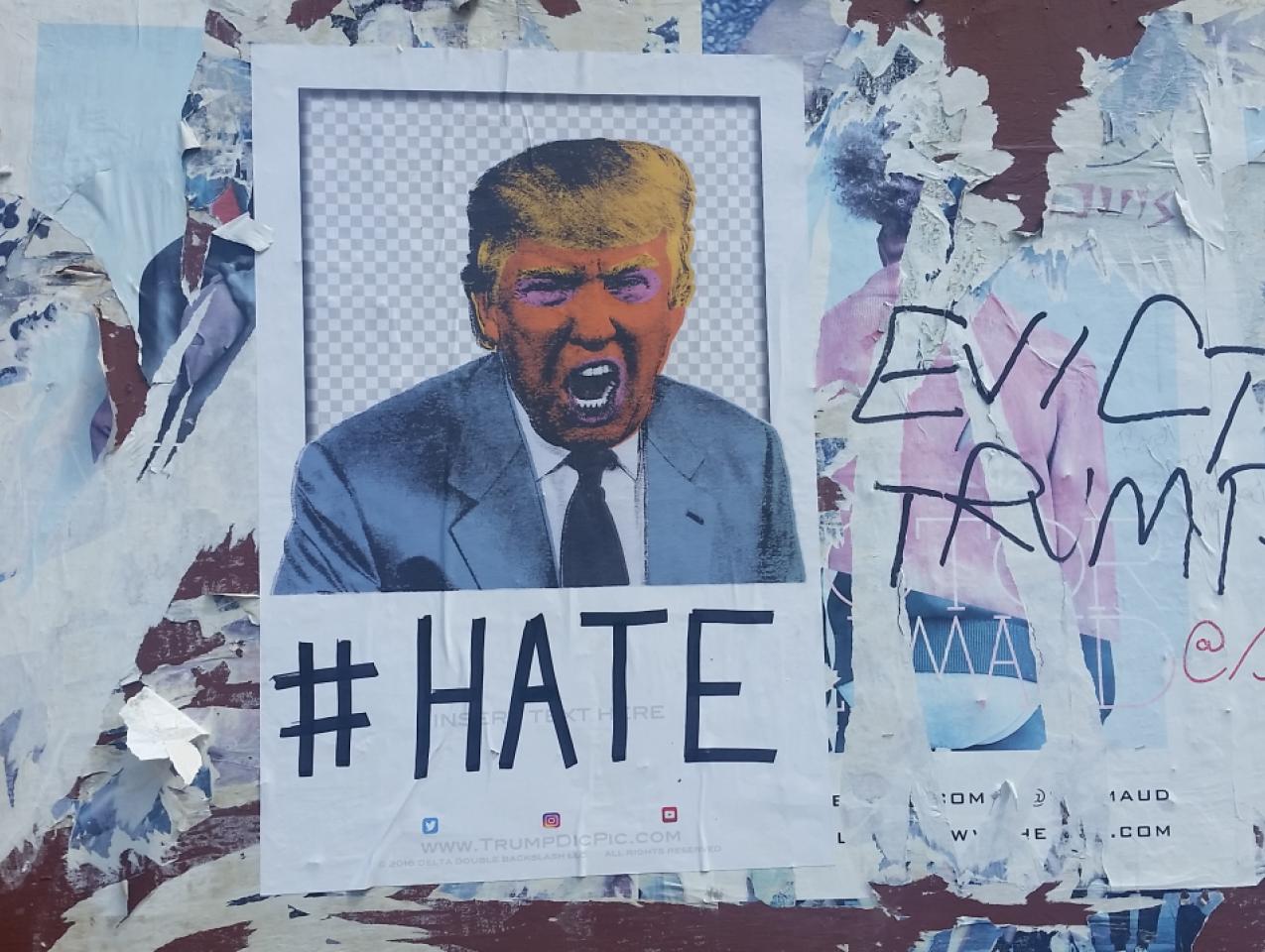 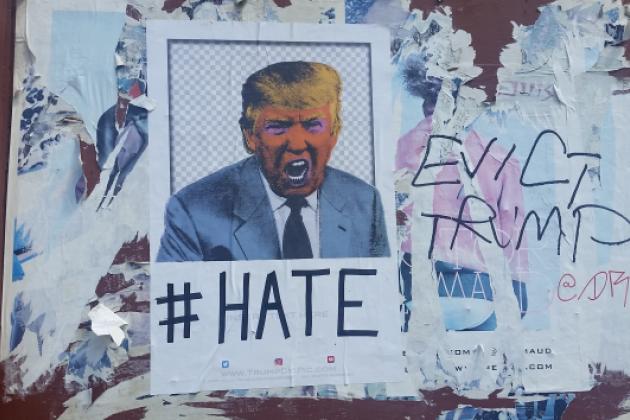 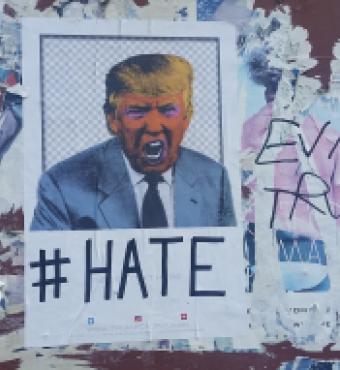 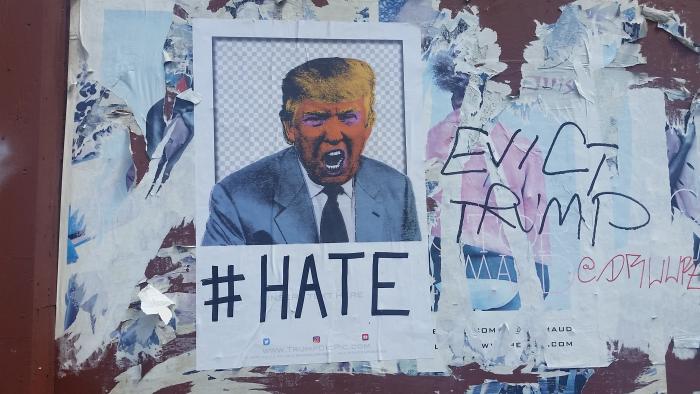 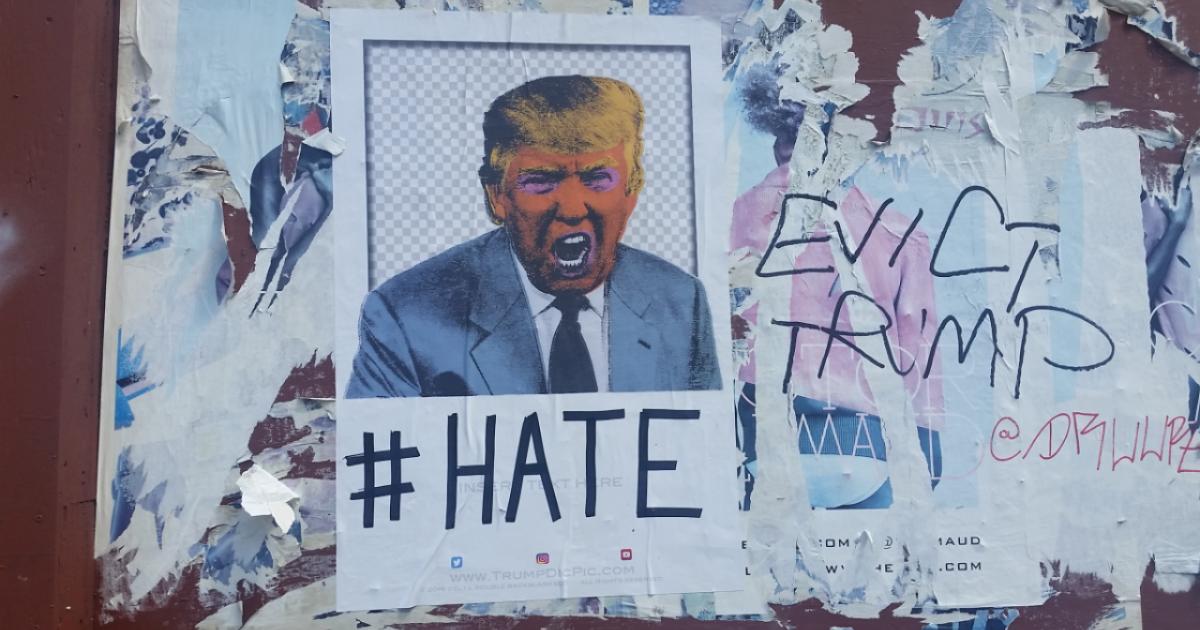 As the 2020 election nears, there is as yet no coherent Democratic response to the Trump agenda. If Trump himself is unpopular and polarizing, his agenda is for the most part in sync with a majority of Americans who like the 3% annualized GDP growth; near-record peacetime unemployment; record natural gas and oil production; young, scholarly and constructionist justices; pro-Israel Mideast politics; and realism about NATO laxity, the flawed Iran Deal, and the Paris Climate Accord, Chinese mercantilism, and the past inability of the U.S. to translate battlefield victories abroad into lasting security and strategic advantages.

Yet hatred of Trump himself, as well as fear of a successful Trump agenda, has unhinged his opposition. From 2017-19, progressives sought to abort the Trump presidency through furor at his person and often pathetic attempts to invoke the Emoluments Clause, the 25th Amendment, the Logan Act, Articles of Impeachment, the Mueller special counsel investigation, former Deputy FBI Director Andrew McCabe’s counter-intelligence investigation of Trump, and cherry-picking federal justice to stay Trump initiatives. All failed. Now the Left has decided to offer not just invective, but a new array of alternatives—often of a radical sort that we have not seen or heard about since the 1960s.

The result is that on almost every issue, the answer to Trump is neither liberal nor progressive, but nihilistic. The logical extreme alone ensures revolutionary purity even as it would result in chaos and destruction.

The new Democratic idea of Medicare for all is tantamount to Medicare for no one. Abolishing private insurance would crash the health-care system. Once everyone is let into the Medicare system--despite never having contributed to it--the entire notion of a generational and legal bond is shattered. If birth is to be rationed by radical abortionists, soon life will be too—and on the same premise that a supposed defective or unwanted infant is as much a burden to the family and society as is a sick or unproductive senior.

The leftwing rebuttal of Trump’s economic agenda is apparently not now a return to Obama tax schedules. Much less is it a point-by-point refutation of Trump’s efforts to reduce regulations and taxes.

Instead, new Democrats are calling for an unconstitutional “wealth tax” on the accumulation of already taxed income. They propose a radically new estate tax to confiscate already taxed income. And they envision new rates of 70% to 90% on the top brackets—on the logic that if the government does not get your savings account, or your estate, it can at least take your income.

The logic is again nihilistic: if lower taxes have created rare 3% per annum growth and near-record unemployment, then far higher taxes would do what exactly? Stall the economy to ensure a recession where everyone might be more equally poorer?

The country has long been divided on abortion, which has been legal by court decision for nearly half a century, with well over 50 million abortions performed since 1973. Half the country would still allow it; half want it ended.

A fourth of Americans would forbid it under all circumstances including rape of the mother; the other quarter of the public would allow it to the point of delivery—or even after.

Yet the new Democratic position, as we see from efforts in New York and Virginia and in other states, is well beyond extreme. As Virginia governor Ralph Northam articulated the new laxity: the mother and doctor after birth could in theory and in mutual consultation agree to kill the delivered infant—a position shared only by a few countries such as North Korea and China where it de facto occurs. Endangered species of snails, worms, and rodents in theory earn more protection from radical progressives than do third-trimester unborn babies and delivered infants, who can be deemed without legal protection.

Vastly expanded natural gas and oil production has ended the Persian Gulf stranglehold on US foreign policy. Cheap fuel has empowered the middle classes and helped to expand the economy as well as created trillions of dollars in national treasure.

Yet “The New Green Deal”, within a decade after its passing, would call for the end of the internal combustion engine, without ensuring that Americans have reasonable ground, air or sea transportation, affordable methods to heat and cool their homes, or the means to replace the sources of 83 percent of our generated electricity. Is the point to make power and fuel so expensive that few can use it—on the theory that the planet in 1840 was preferably cooler than it is now?

Again, these proposals are anarchic. They strain the imagination to find the most radical means necessary to destroy the very fabric of modern life as we know it, as if Venezuela, Cuba, and the old Soviet Union have taught us nothing.

According to a recent Yale-MIT joint study, nearly 20 million foreign nationals are currently residing in the U.S. illegally. In many places, the border is wide open. Local and state agencies are spending hundreds of billions of dollars to provide housing, food, education, legal counsel, and health care subsidies to those who crossed the border unlawfully. They do so often at the cost of shorting care to needy American citizens.

When immigration is illegal, en masse, non-meritocratic, and not diverse, then assimilation and integration lag, social tensions rise, and identity politics and tribalism are the result. Cynicism spreads among Americans who cannot, as illegal aliens do, pick and choose which federal laws they find inconvenient.  Legal would-be immigrants are considered veritable dunces, who wait years in line as lawbreakers cut in ahead of them.

What is new the Democratic solution for open borders? Forbid any border fence or wall, although border barriers were mainstream Democratic tenets during the passage of the Secure Fence Act of 2006? Abolish the bureau of Immigration and Custom Enforcement, currently the only impediment between an additional 40-50 million illegal arrivals, given that international polls suggest as many as half the populations of Central American and Mexico would prefer to emigrate to the United States?

Currently, students and graduates owe collectively about $1.5 trillion in school debt, largely as a result of spiraling college costs. Universities have long jacked up the rates of tuition, and room and board, above the rate of inflation. The assurance of government-backed student loans has proved a narcotic for prodigality, especially given that such ensured obligations were never predicated on the applicants’ ability to repay such indebtedness.

The responsible bipartisan solution might be to work with higher education to reduce costs. More competition is needed in the financial market place. More online education, and on-the-job training and trade schools, can offer alternatives to traditional higher education.

Radical reforms within universities might include truth in advertising about the costs versus the benefits of a bachelor’s degree.  Tenure should be replaced by periodic contracts.  A national exit exam is needed for the granting of a BA—a sort of exit ACT or SAT to ensure the degree means something. Future teachers should be able to substitute an academic MA for the School of Education’s monopoly over the teaching credential.

In contrast, the nihilist approach would be to cancel all student debt, and make college “free” for all. Thereby, we would send a message to those who forewent college and have been working since 18 that they must shoulder the burden of the educational debts of their peers. Universities would feel little need to reform. Students would be even less pressured to finish their studies in a normative four years or to concentrate on curriculum choices that guaranteed literacy and fact-based education.

Why has the Democratic Party veered so sharply to the hard Left to the point of anarchism?

If Donald Trump is the catalyst, the genesis of the new radicalism preceded him. The half-century obsession with identity politics, especially tribal identification and victimhood, taught an entire generation that one’s essence is defined by superficial appearance or lineage, not innate character.

For about a half century, universities have eroded inductive and empirical education. Instead, deduction and advocacy took its place—and to such a degree that to question man-made global warming, the dogma of racial separatism and chauvinism, radical abortion, or gay marriage became taboo and proof of near criminality.

But advocacy for generations of youth also came at a price of not learning history, languages, science, math, and literature, the age-old menu of broad liberal arts education.  And the result is reified by the emergence of Rep. Alexandria Ocasio-Cortez, whose arrogance and ignorance are emblematic of the worth of a costly Boston University degree. Never have self-professed radicals been so class-conscious in self-referencing their degrees from bourgeoisie institutions, and so vehement in espousing agendas about which they can provide no logical arguments or data.

Most of the nihilistic positions are also funded by wealthy Americans on behalf of poor Americans. Rich leftwing activism reflects a an almost Medieval desire for penance and exemption. Progressive philanthropists virtue-signal their class solidarity without real costs to their own privilege, while assuaging abstract guilt. In other words, never have the representatives of the very rich and the subsidized poor been so eager to make the middle classes pay for their agendas.

Finally, the new nihilism is often advanced through social media and the Internet. These are frighteningly intrusive media in which millions can electronically and anonymously bully, pontificate, and slander without consequence, and in the expectation that the more radical, the more instantaneous, and the more polarizing an argument, the more likely it will gain attention from the internet mob. We saw the dangers of the electronic mob in the smearing of the Covington high schoolers and the supposed “hate crime”  against Jussie Smollett.

Force-multipliers of this new thumbs-up/thumbs-down electronic absolutism are the providers themselves, such as Google, Facebook, Twitter, and Apple. In various ways, Silicon Valley has been caught censoring traditional views, warping searches to promote progressivism, and banning participants in asymmetrical partisan fashion.

In sum, the emerging alternative to Trump is not Democratic pragmatism, but an angry nihilism that is as incoherent as it is destructive.