The Path To Affordable Health Care

Incentivize consumers to seek value, increase the supply of care, and stimulate competition among providers. 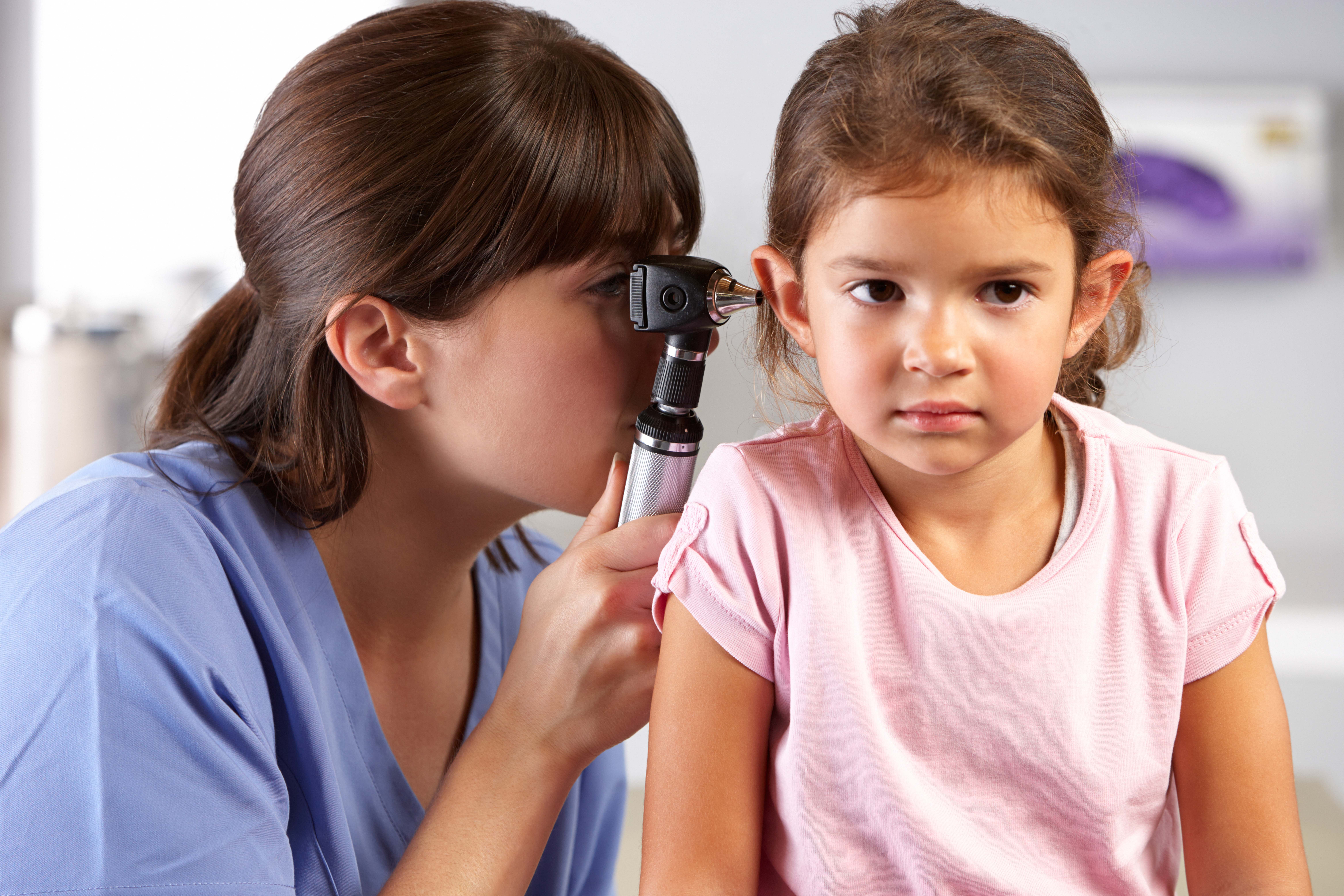 The Path To Affordable Health Care 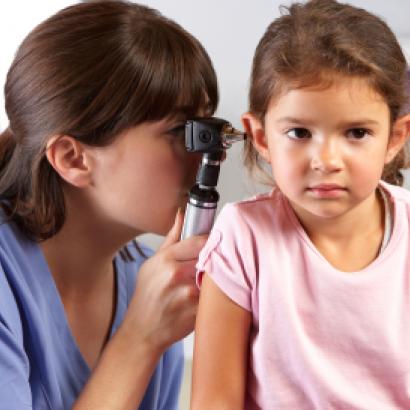 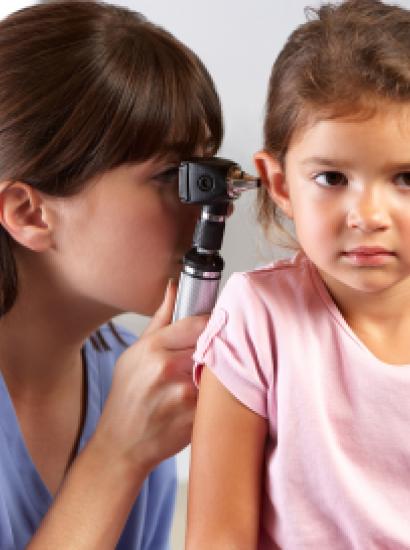 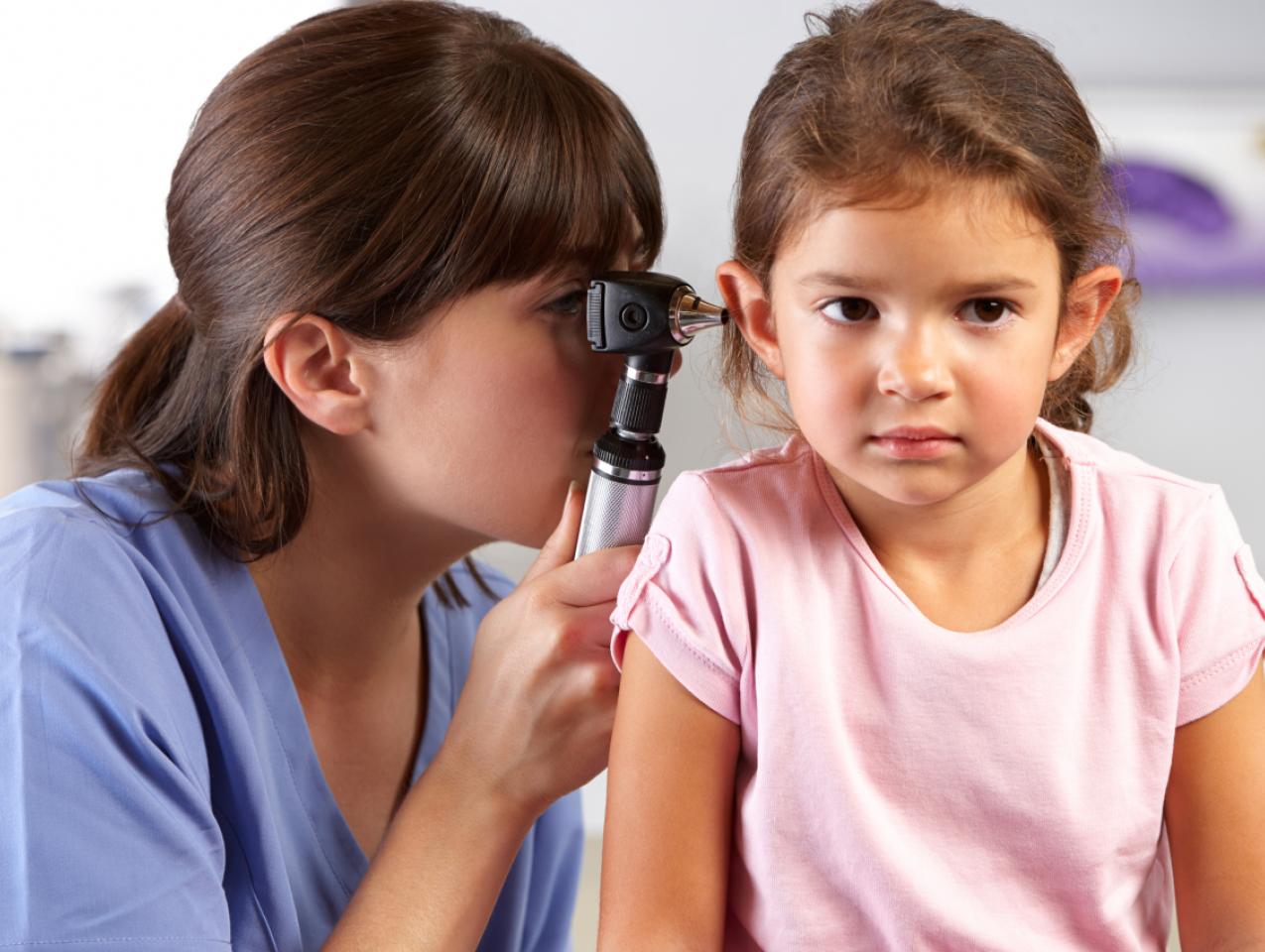 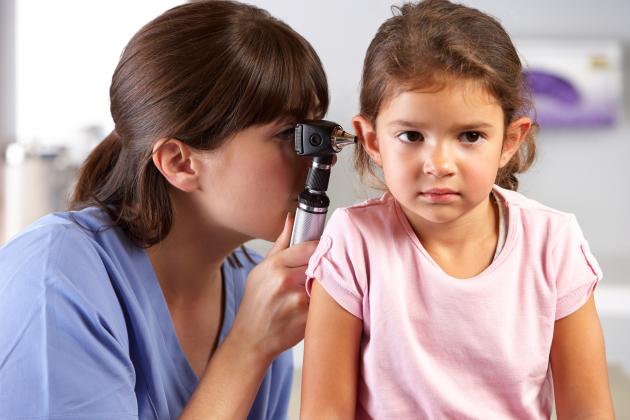 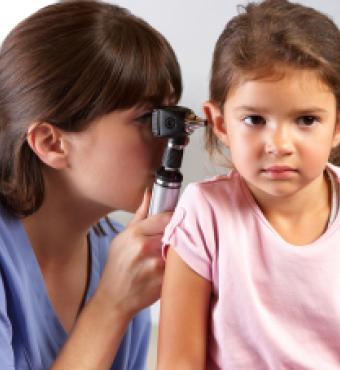 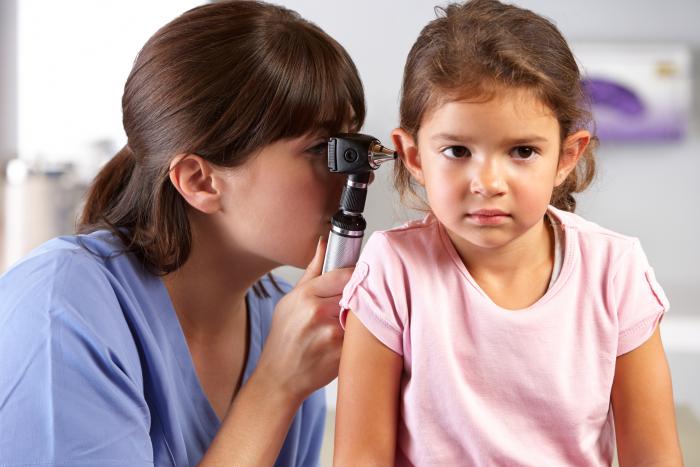 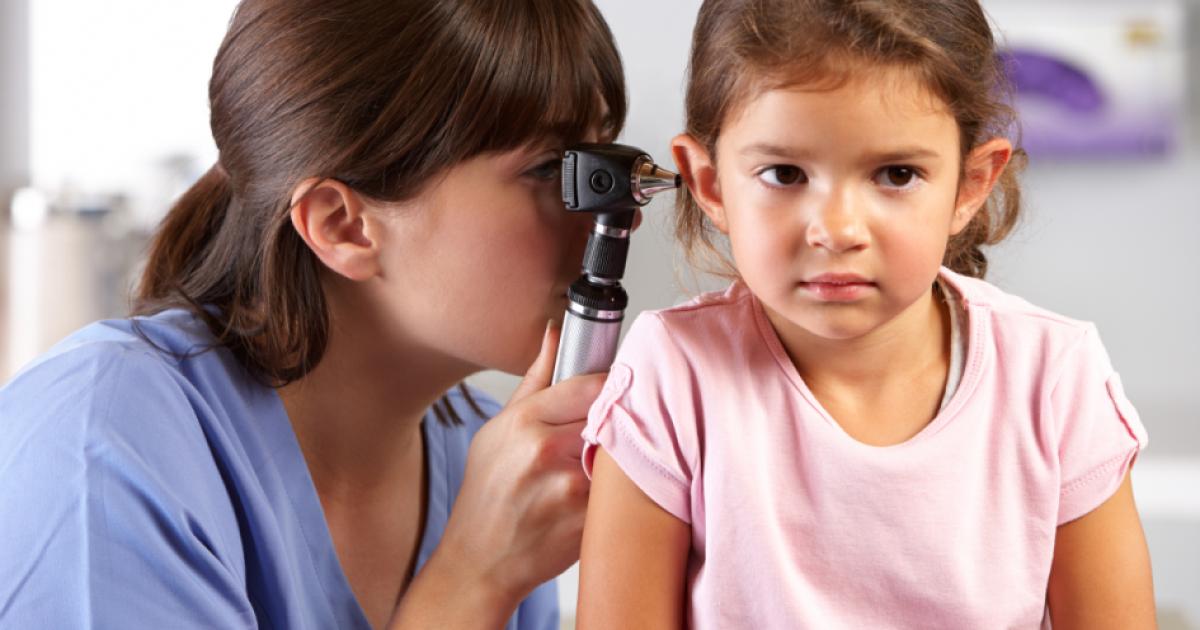 Editor’s note: This is an amplified version of an op-ed that originally appeared in the Wall Street Journal on October 3, 2017.

The policy proposition of the Affordable Care Act was to increase the number of people with health insurance by expanding government programs and subsidizing private insurance premiums. It did so by expanding eligibility for government insurance programs and regulatory authority over U.S. health care via new mandates, regulations, and taxes. The two major elements of the law—a significant Medicaid expansion for non-disabled adults and subsidies for exchange-based private insurance—will each be funded with almost $1 trillion of taxpayer money over a decade, according to a January 2017 CBO analysis.

The harmful effects of this ill-conceived approach are now well documented: Insurance premiums have skyrocketed; many insurers have withdrawn from the state marketplaces; and for those with coverage, doctor and hospital choices have narrowed dramatically. The ACA will also undoubtedly accelerate the development of the kind of two-tiered health care system characteristic of other nationalized systems, where people with money or power are able to circumvent the substandard government systems that the lower classes must endure. The result will be an end to the superior access, broad freedom of choice, and exceptional quality of care that distinguishes American health care from the centralized systems that are failing the world over.

The direct path to broadening access to American medical care rests on reducing the cost of care itself. This can be accomplished without restricting its use or creating obstacles to the use of development drugs and technology, and by avoiding the way that governments regulate costs in single-payer systems. Decreasing the cost of medical care requires creating conditions long proven to bring down prices while improving quality: incentivizing empowered consumers to seek value, increasing the supply of medical care, and stimulating competition among providers.

But is it realistic to suppose that people will factor in the price as they choose medical care? Aside from emergency care, which represents only six percent of health expenditures, the answer is a resounding yes. Among privately insured adults under age 65, almost 60 percent of all expenditures is for elective outpatient care, only 20 percent is for inpatient care, and 21 percent is for medications. Likewise, 60 percent of Medicaid money is spent on outpatient care. Even among the elderly, almost 40 percent of expenses are for outpatient care. Of the top one percent of spenders, the group responsible for more than 25 percent of all health spending at an average of $100,000 per person per year, a full 45 percent is also outpatient. Outpatient services dominate America’s health spending, and these are amenable to price-conscious purchasing.

Below are three key reforms to reduce the cost of medical care.

Consumers must first and foremost have strong incentives to consider price when seeking medical care, yet the Affordable Care Act was highly counterproductive in this regard. The ACA’s broad coverage requirements and imprudent subsidies encouraged more widespread adoption of bloated insurance and perpetuated the misguided idea that insurance should minimize out-of-pocket payment for all medical care. With patients having little incentive to consider value, prices and doctor qualifications remain invisible, and providers don’t need to compete on price. The consequences are the overuse of health care and unrestrained expenditures.

For consumers to incorporate price into decisions to buy health care, they must pay directly for more of their own care, and they must also personally gain from paying less. Motivation by patients to consciously seek value and save money is the essential lever to force competition among health care providers.

One critical piece of the puzzle is widely available high deductible insurance plans (HDHPs). Higher deductibles necessitate direct patient payment for care up to the deductible. A second highly effective tool to motivate patients to consider price is large, liberalized health savings accounts (HSAs). These tax-sheltered accounts grow by contribution or investment and are generally used to pay for non-catastrophic expenses, which form the bulk of medical care. Better than tax deductions, HSAs introduce something unique—they incentivize saving.

The data reinforces that large HSAs with HDHPs motivate patients to consider prices more than they otherwise would. The spending of patients with HDHPs paired with HSAs decreased at least 15% annually, according to a March 2015 study. When people have savings to protect in HSAs, the cost of care comes down without harmful impact on health. More than one-third of the savings by enrollees in such coverage reflected value-based decision-making by consumers. According to a Health Affairs report, system-wide health expenditures would fall by an estimated $57 billion per year if even half of Americans with employer-sponsored insurance enrolled in plans combining HSAs with high deductibles.

HDHP premiums are typically less expensive, but ACA regulations counterproductively raised their premiums and limited their availability. My analysis of Employer Health Benefits Annual Survey data shows that premiums for HDHPs rose from two to five times faster than premium increases for any other type of coverage after ACA passage. Excessive coverage mandates that make HDHPs more expensive should be rolled back—including Obamacare’s “essential benefits” that increased premiums by almost 10%, and the 2,270 state coverage mandates for everything from acupuncture to marriage therapy. To make HDHPs even more affordable, we should remove the ACA’s 3:1 age rating that raised premiums for younger enrollees by 19-35%, many of whom would buy lower premium coverage.

To maximally drive down the price of care, HSAs should be available to all Americans, including seniors on Medicare, given that seniors are the biggest users of health care. Because life expectancy from age 65 has increased by 25% since 1972, today’s seniors need to save for decades of future health care. Raising maximum contributions at least to those of IRA limits is one important step, as well as permitting tax-sheltered rollovers to surviving family members. HSA payments should also be allowed for the expenses of the holder’s elderly parents.

The visibility of information that patients require for assessing value must also be radically improved.  Data from magnetic resonance imaging (MRI) and outpatient surgery show that introducing price transparency encourages price comparisons by patients. Patients also need to have adequate information to assess quality, such as doctor qualifications and experience. The most compelling motivation for doctors and hospitals to post prices and qualifications would be their understanding that they are suddenly competing for price-conscious patients empowered with control of their money.

The supply of medical care must be significantly yet strategically increased, so patients have options to seek out the best value for their money. Simultaneously, archaic obstacles to competition among medical care providers must be eliminated.

We need to simplify the credentialing requirements and remove outmoded scope-of-practice limits on qualified nurse practitioners and physician assistants. Private clinics staffed by NPs and PAs can provide cheaper primary care, including vaccinations, blood pressure monitoring, and dispensing common drugs. In a 2011 review, 88% of visits to retail clinics involved simple care, which is 30-40% cheaper than the care provided at physicians’ offices and about 80% cheaper than that of emergency departments, and it comes with high levels of satisfaction.

Increasing specialist supply is also critical. Medical school graduation numbers have stagnated for almost 40 years and estimates show that by 2025, there will be a shortage of 124,000 doctors nationwide—about two-thirds of that shortage being in specialists.  Medical societies harm consumers by protectionist residency limits that artificially restrict competition, a practice that should be publicly scrutinized. Additionally, national MD licensing should replace non-reciprocal state licensing, especially to facilitate access to high quality interstate telemedicine.

Separately, archaic barriers to medical technology impede competition and raise prices. Although originally intended to “restrain health care facility costs,” the certificate-of-need requirements for such things as adding MRI scanners are another example of bureaucratic overregulation with harmful unintended consequences. Such requirements are still in place in 34 states, Puerto Rico, and the District of Columbia.

Third, introduce the right incentives into the tax code.

The tax code plays an important role in realigning consumer incentives to put downward pressure on prices. The unlimited income exclusion for health expenses created harmful, counterproductive incentives. It encouraged higher demand for care, regardless of cost, while distorting insurance into covering almost all services. Similarly, premium subsidies in the ACA and the tax credits proposed by the GOP artificially prop up high insurance premiums for bloated coverage that minimizes out-of-pocket payment. This prevents patients from caring about prices, thereby reducing the incentives for doctors and hospitals to compete on price. If health care deductions or exclusions are maintained, the tax code should first cap them. Additionally, tax reform should eliminate counterproductive incentivizes that ultimately limit the consideration of price and value of medical care. That means limiting eligibility of deductions to HSA contributions and catastrophic premiums, rather than blanket deductions for health care expenses.

In other countries, governments hold down health care costs mainly by limiting the use of medical care, drugs, and technology through power as the single payer. The expected results are documented long waits and worse medical outcomes, particularly for the poor and middle class, who are unable to circumvent those systems. America’s elected officials who base policy on facts rather than emotional assertions, anecdotes, and wishful thinking must educate the public on the benefits of a different approach—leveraging incentives with commonsense deregulation to reduce prices. This is the best pathway to broaden access to high quality care for all Americans, including the poor and the elderly.