As Seen By The Saudis

Perhaps no grand strategic moment has been caught by the camera in such an unposed yet meaningful way. There on the heavy cruiser USS Quincy at anchor in Egypt’s Great Bitter Lake, is President Roosevelt, fresh from Yalta, on his way back across the Atlantic, having tea with Ibn Saud Abdul-Aziz, King of Saudi Arabia. An American orderly squats before His Highness to ask how he likes his tea. 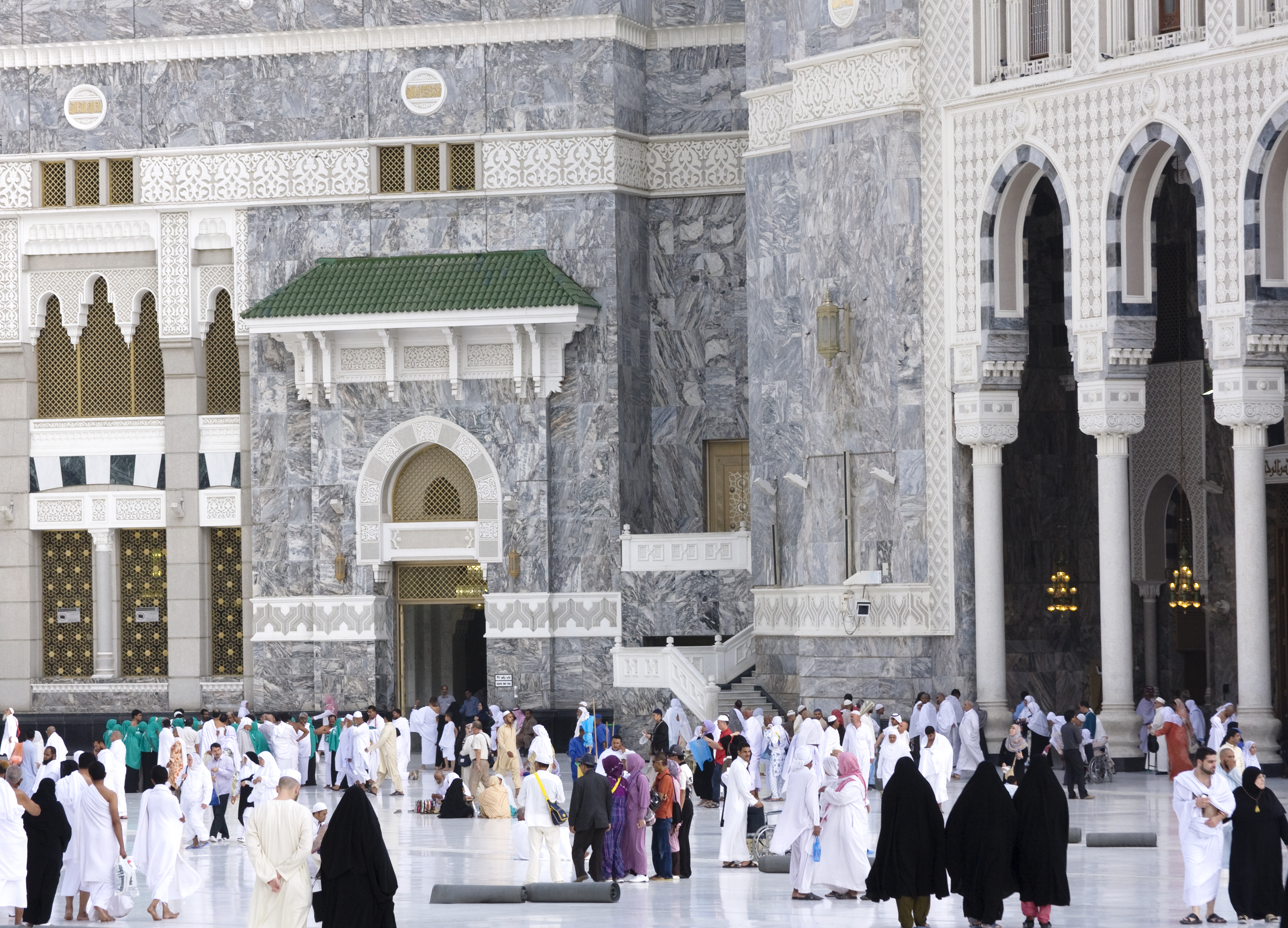 As Seen By The Saudis 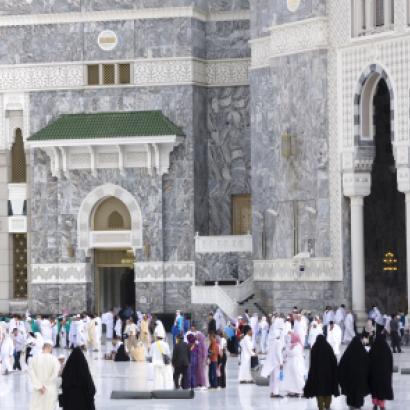 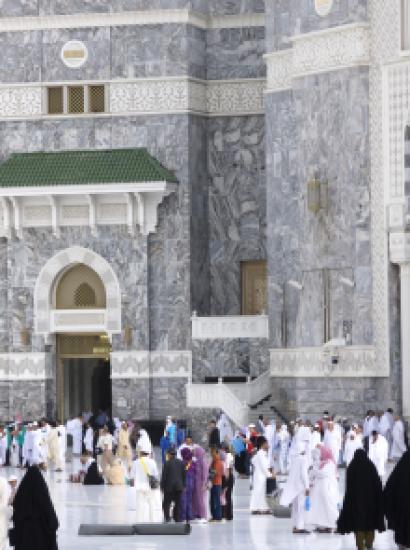 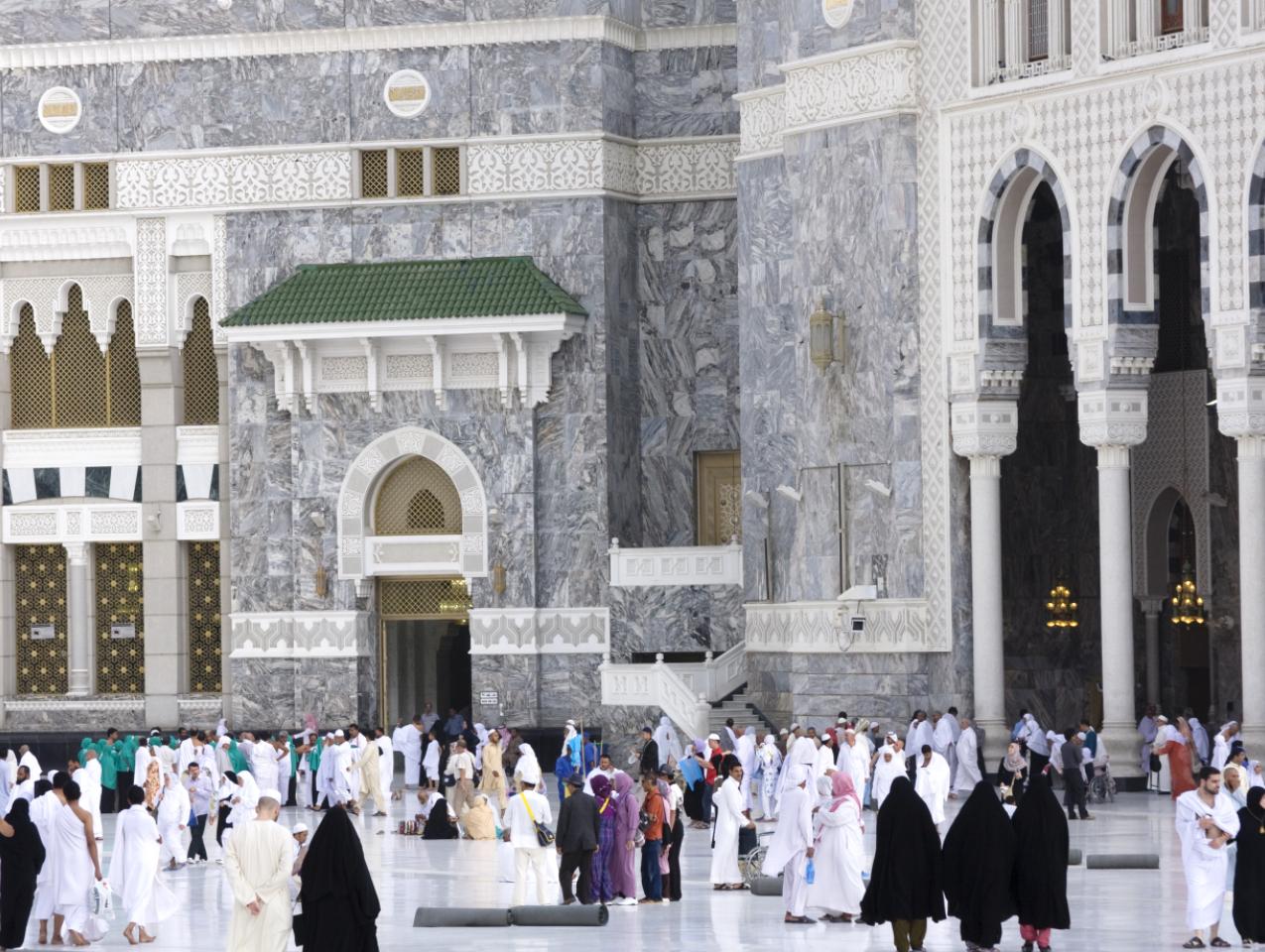 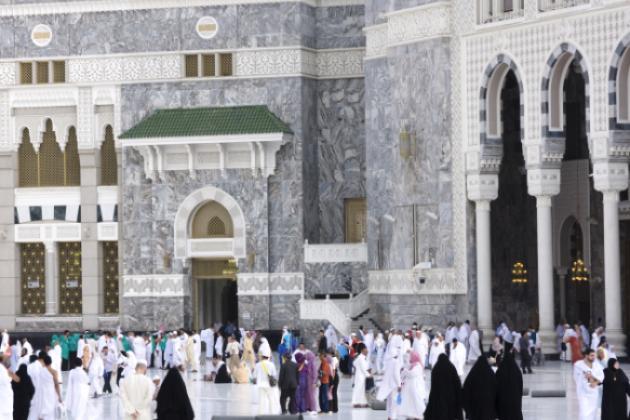 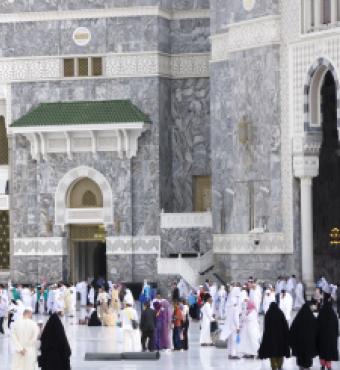 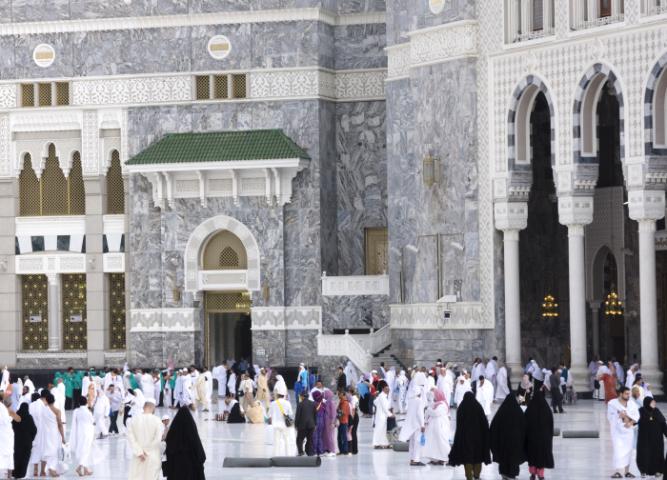 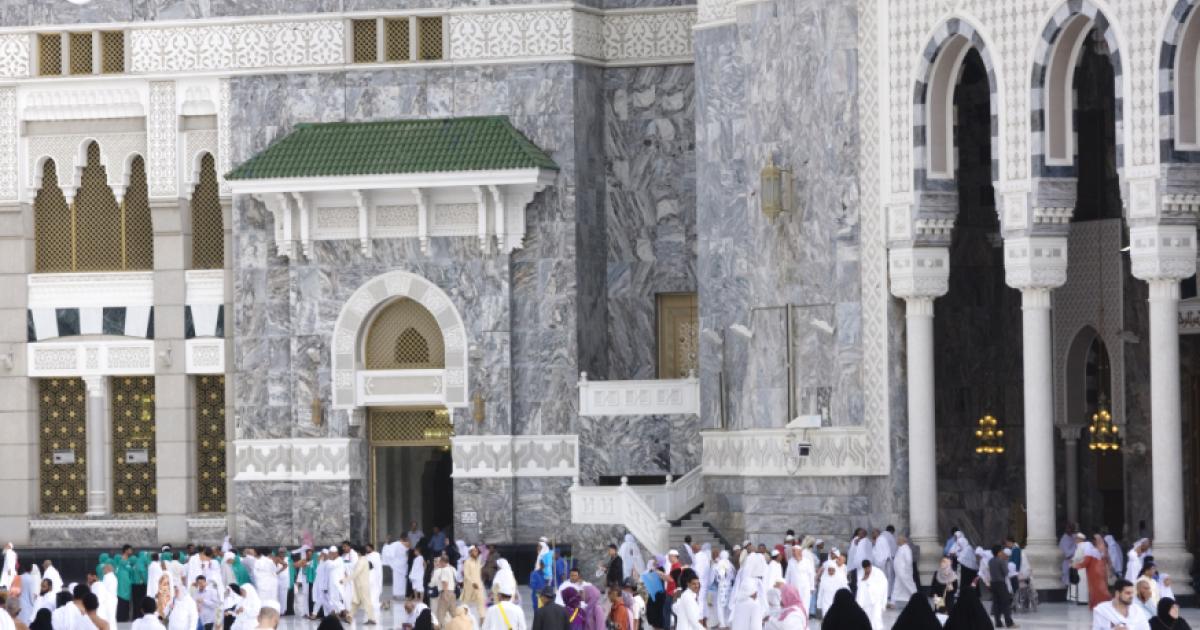 Perhaps no grand strategic moment has been caught by the camera in such an unposed yet meaningful way. There on the heavy cruiser USS Quincy at anchor in Egypt’s Great Bitter Lake, is President Roosevelt, fresh from Yalta, on his way back across the Atlantic, having tea with Ibn Saud Abdul-Aziz, King of Saudi Arabia. An American orderly squats before His Highness to ask how he likes his tea. The King’s expression warms the scene: a friendly, beneficent monarch. FDR asks about Saudi support for Jewish immigration to Palestine. Then, strategically, out of this moment came a quiet agreement that the U.S. would train and assist Saudi forces amounting to guaranteed security for the Kingdom and requiring an American presence in Saudi Arabia’s predominantly Shia Eastern Province. In return the Saudis would guarantee a secure and steady supply of oil for the U.S.. Thus emerged America’s unique standing in the region: trusted working relationships on the highest security level with both Arabs and Israelis. So mutually advantageous was this arrangement that it would survive the 1967 and 1973 Arab-Israeli wars and the Saudi oil embargo on countries backing Israel.

1979 brought two remarkable events. The Grand Mosque in Mecca was seized by an apocalyptic band whose version of the faith claimed to be even more purely Muslim than the Saudi’s puritanical Wahhabism that won control of Islam’s two holy mosques of Mecca and Medina in the early 19th century. For the first time, Saudi preeminence was challenged by a religious uprising from within the Kingdom.

That same year brought Ayatollah Khomeini’s overthrow of America’s close ally the Shah to establish the Islamic Republic of Iran. By storming the U.S. Embassy to take American diplomats hostage the new regime announced its rejection of the international system’s basic principle of diplomatic immunity. And by declaring that the Ayatollah’s new Shia theology aimed to unite all Muslims, Sunni and Shia, the new regime challenged Saudi Arabia’s religious paramountcy over the faith.

The new Iran quickly established itself as both inside the established international system as a recognized state with all the privileges and immunities of a sovereign power and at the same time an enemy of that system through terrorism, subversion and a secret program to acquire nuclear weapons. Playing on both sides of the line would serve Iran well from 1979 onward.

The rise of revolutionary Iran compelled Saudi Arabia to lean ever more heavily on the United States. The Saudis also would emulate Iran in playing both sides of the line. On the one hand the kingdom would conduct itself as a good citizen of the state system while on the other hand it would subsidize Wahhabi mosques and schools throughout the Muslim world and beyond. All knowledge not based on the Quran or the practices of the Prophet’s time were anathema; the concept of the state itself was unacceptable.

Here was a theological confrontation. Ayatollah Khomeini had revised Shi’ism so that the highest clerics, formerly “quietest”, would now become the ultimate governing authorities; it was neo-Shia. Saudi Arabia would turn back to its founding Wahhabi structures; it was retro-Sunni.

Following the 1979 shocks, Iran conducted a disruptive, revolutionary statecraft. Saudi Arabia portrayed itself as a status quo power except for its far-reaching Wahhabist proselytizing. The rivalry turned deadly in 1996 when Khobar Towers, a U.S. Air Force residence building in the Saudi Eastern Province, was bombed by a branch of the Iranian-backed Shia Hezbollah militia, killing 19 Americans and wounding some 500 personnel. This was an attack on Saudi rule carried out in the one province of the Kingdom that was Shia rather than Sunni in population.

Over the next twenty years, and rapidly in the past few years, Saudi Arabia has realized that it is becoming geo-strategically encircled. Across the northern tier of the region Iran now holds sway over a Shia arc of influence that runs from Iran through Shia-governed Iraq and Tehran’s satellite Syria, into Hezbollah-controlled Lebanon to the Mediterranean. Russia’s intervention in Syria has prevented the linchpin of this arc of power—the Assad regime—from collapsing. As seen from Riyadh, Iran also is driving a northeast-to-southwest line of Shia influence from the Persian Gulf’s Shia-majority Bahrain to Saudi Arabia’s Eastern Province and then by sea to Yemen’s Iran-backed Houthi forces. On a map of the region, Riyadh begins to resemble a bullseye.

This perception contributed to the Saudi decision to execute the Eastern Province cleric Nimr al-Nimr and 47 others at the beginning of this year, the largest mass execution since after the 1979 seizure of the Grand Mosque. Under Saudi Arabia’s new King Salman, and propelled by his son Mohammad bin Salman as defense minister, the Saudis are signaling that their long partnership with the U.S. has changed dramatically: arms sales, yes, but in policy and strategic matters, Riyadh no longer has confidence in Washington; by its commitment to a nuclear “Deal” with Iran the U.S. is holding itself hostage, reluctant to disturb Tehran in any way for fear the deal will be lost. To the Saudis, America’s non-response to Iran’s high handedness in the region seems incomprehensible.

Thus Saudi Arabia under the Salmans can no longer be expected to define itself as a status-quo power. We may expect the Saudis to further emulate what they see as aggressive Iranian dynamism in the region. If Iran is going to be a nuclear weapons-wielding power, so also will be Saudi Arabia. If Iran is to consolidate a Shia sphere of influence crisscrossing the Middle East, so the Saudis will activate to a greater extent their networks of Wahhabi- indoctrinated Sunni populations in and beyond the region. Saudi fighter-bombers now fly out of Turkish airfields. Recent signs of radical Islamism in “mildly” Muslim Malaysia and Indonesia show signs of Saudi-stimulated change. Saudi Arabia’s offer to send ground troops northward to fight the Islamic State, under American auspices, if not taken seriously by the U.S., could lead to an informal Saudi-Islamic State marriage of convenience in a wider Sunni war against Iranian Shia hegemony.

The U.S. finds itself in an unprecedented situation. Iran’s strategy—extend dominance over the region in the near term, go nuclear later—proceeds apace. The decades-long U.S.-Saudi partnership is in shreds. America’s commitment to Israel remains, but the mood is sour and unproductive. Russia and the U.S. get along well in keeping each other’s fighter jets from colliding, but otherwise Russia’s extensive military operations in Syria leave the U.S. looking hapless and humiliated.

The U.S. is now back-footed wherever in the arena it may try to play. The several layers of civil wars that have roiled the region for the past ten to fifteen years are consolidating themselves into one big war between Shia Iran and Sunni Saudi Arabia, with nuclear weapons casting an enlarging shadow across the area. The options for the next American administration are limited. Mediation between the two regional powers faces the barrier of diminished American credibility and a record of hesitancy or retreat. Going to one or the other side in this expanding crisis would insert the U.S. in a religiously-inflamed conflagration, something Washington will do anything to avoid.

The Middle East upheaval will not be suppressed or solved by those in the Middle East themselves. The only workable option for the U.S. under these conditions is to undertake a significant diplomatic effort to:

Above all must come a recognition that the current situation resembles one of those few times in modern history when signs of a general conflict are appearing on the horizon and cooperative efforts must urgently be made to fend off the coming of another world war.