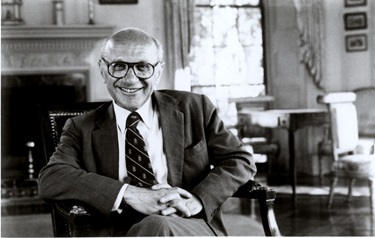 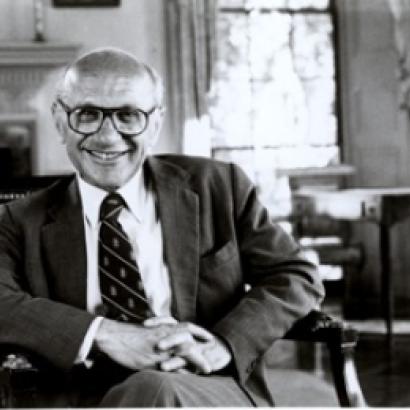 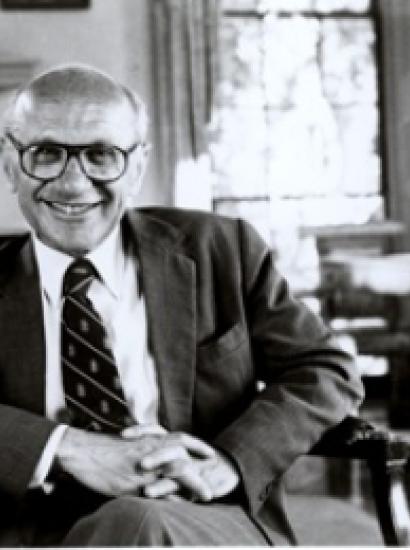 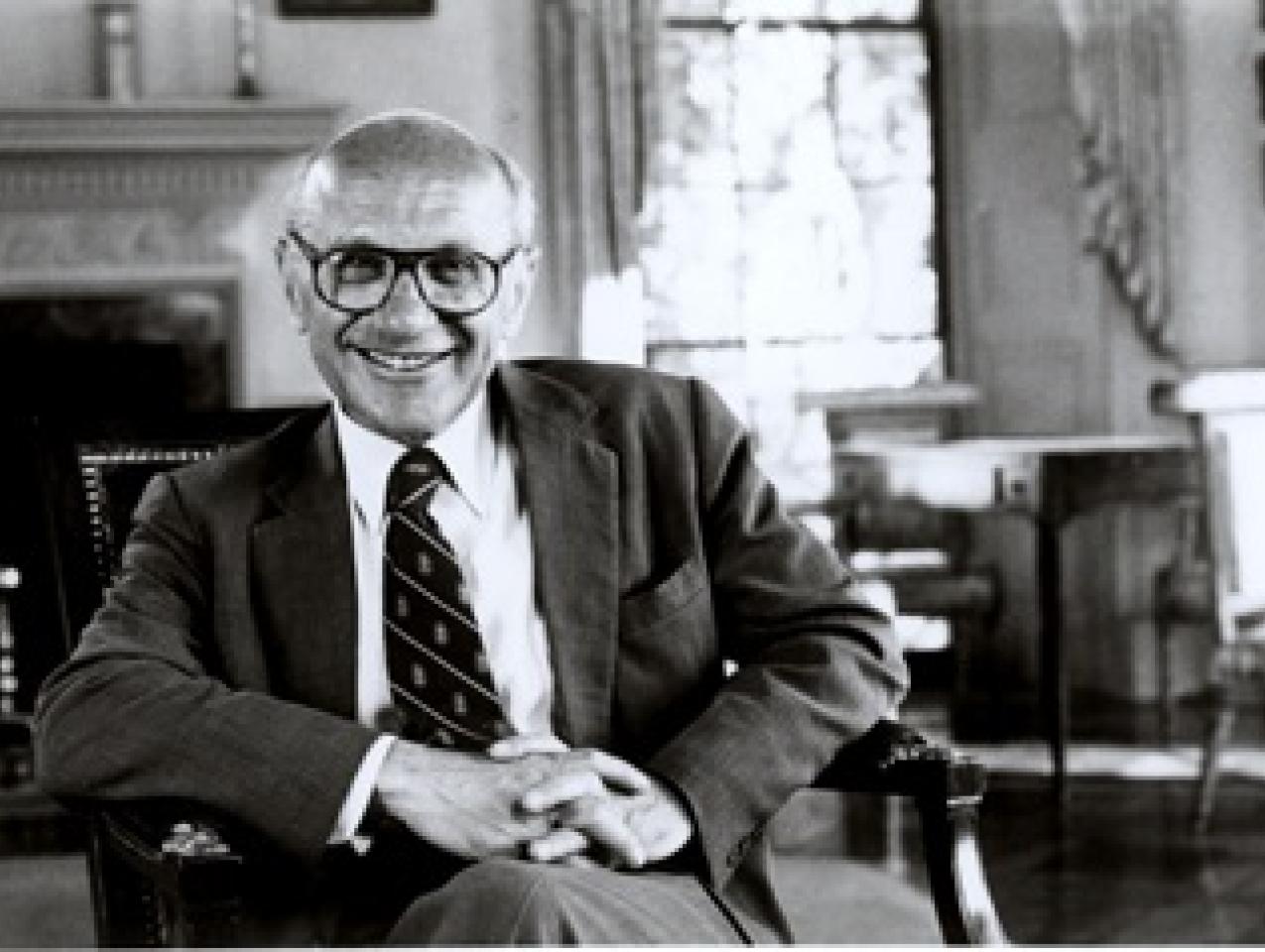 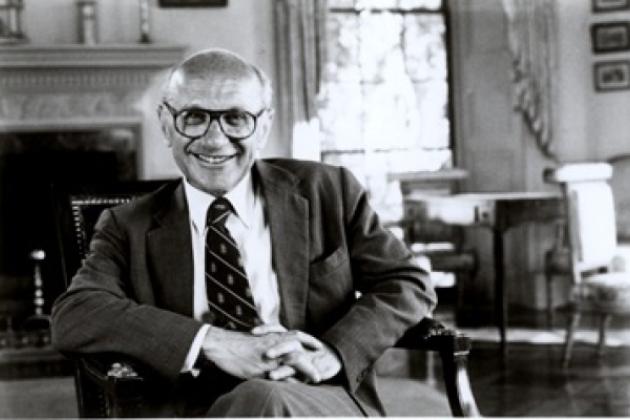 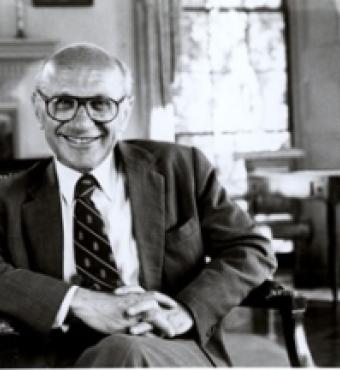 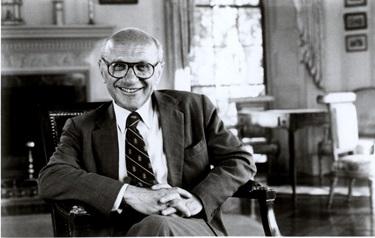 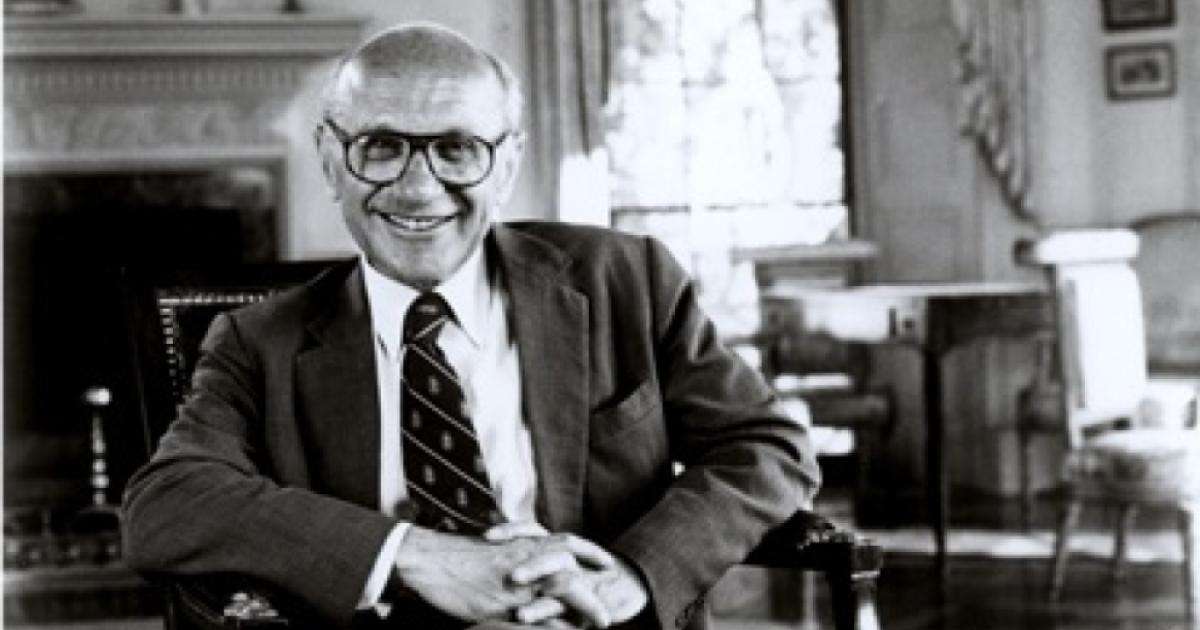 World-renowned economist and recipient of the 1976 Nobel Memorial Prize in Economic Sciences, Milton Friedman, was a senior research fellow at the Hoover Institution from 1977 to 2006. He passed away on November 16, 2006. During his tenure as a Hoover fellow, he inspired millions of people with his accessible ideas on free markets and monetary economics.

Much of his groundbreaking work remains available in the Library & Archives and at the extensive digital Collected Works of Milton Friedman website. This online resource features more than 1,400 digital items by and about the Nobel laureate and Hoover fellow, including every episode of his PBS series Free to Choose, 206 episodes of Friedman’s weekly Economics Cassette Series, sound and video recordings of the lecture series Milton Friedman Speaks, and hundreds of Friedman’s op-eds published in Newsweek and the Wall Street Journal.

The majority of items included in the Collected Works were compiled and edited by deputy director emeritus of the Hoover Institution Charles Palm and former Hoover National Fellow Robert Leeson. They wrote about the breadth of the collection and its relevance, stating, “By bringing these materials together in an organized way, the Hoover Institution has provided interested citizens, students, advanced scholars, and public policy makers access to more than seventy years of Friedman’s works and ideas that will continue to be relevant far into the future.” Palm and Leeson also drew from the Collected Works to compile a recent volume of essays, Milton Friedman on Freedom. Friedman’s ideas continue to inform researchers and policymakers, including the scholars of the Hoover Institution.

The true test of any scholar’s work is not what his contemporaries say, but what happens to his work in the next twenty-five or fifty years. — Milton Friedman, The Power of Choice

Today, Friedman’s work lives on in the work of many Hoover scholars. The Hoover Institution recently launched Friedman Fundamentals, the latest video series in its Educating Americans in Public Policy (PolicyEd) program. The new videos pair the voice of economist Milton Friedman with custom and contemporary animation to compellingly illustrate his timeless explanations of economic concepts and policy ideas. This program also seeks to highlight the work of Hoover scholars with research in areas similar to Friedman’s. Their work can be viewed on the site’s Fellows with Friedman sections. Hoover fellows highlighted include Terry Anderson, Scott Atlas, Michael Boskin, John Cochrane, Richard Epstein, John Taylor, and more. Videos are released twice a month, each one highlighting how Hoover scholars’ work connects with Friedman’s ideas.

The Appropriate Role of Government

Several essays written by Milton Friedman were republished in recent years by the Hoover Institution. You can read a selection of those essays here: