The Limits Of The Indirect Approach

In October 2017, the Trump administration rolled out its long-anticipated policy to counter Iranian expansionism in the region. The policy pays significant attention to Hezbollah, Iran’s principal instrument of regional power projection. After eight years of American courtship of Iran, which drastically elevated its regional position, pushing back against Tehran and its proxies was always going to be a formidable challenge. 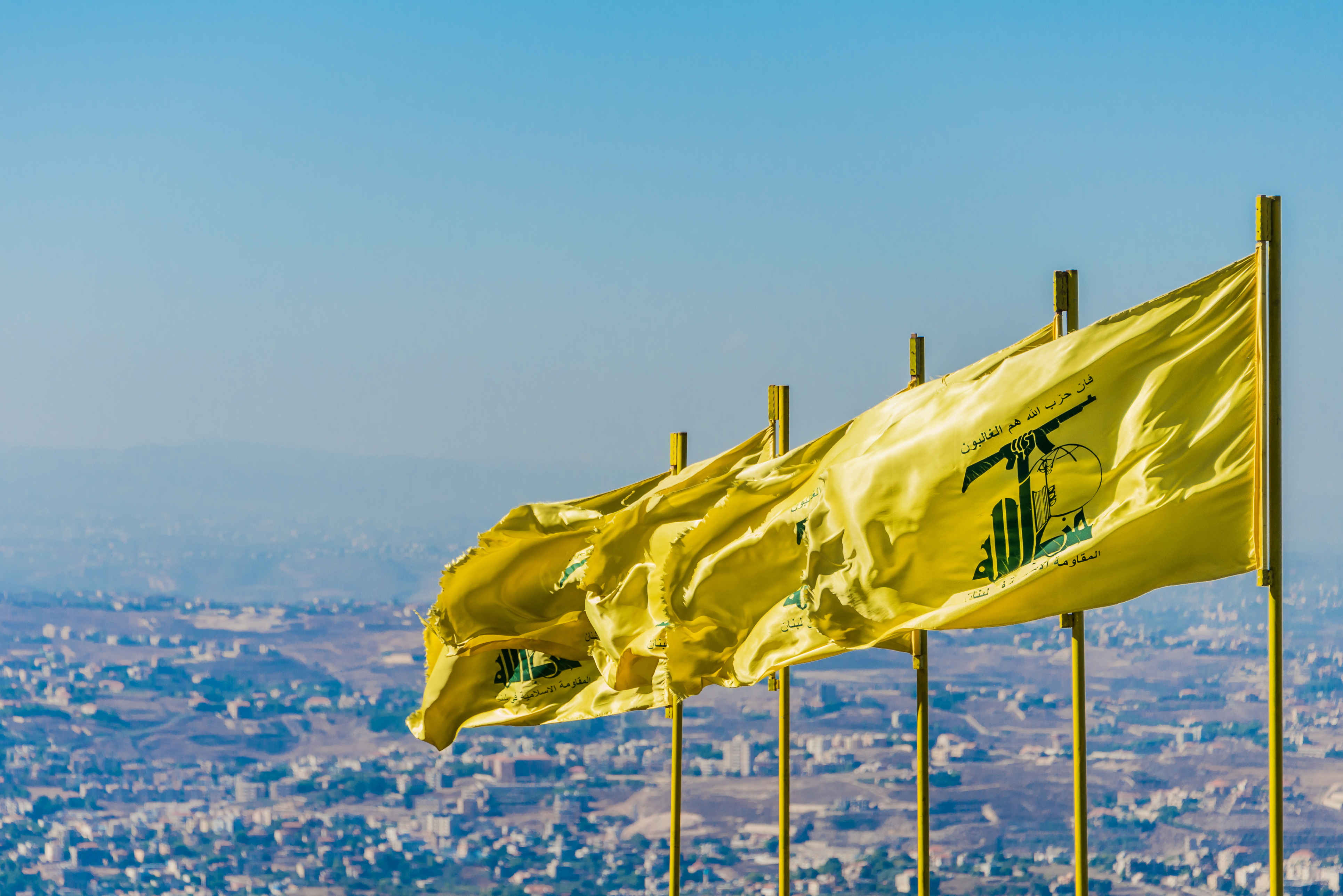 The Limits Of The Indirect Approach 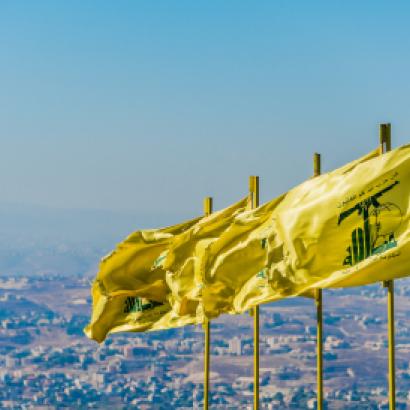 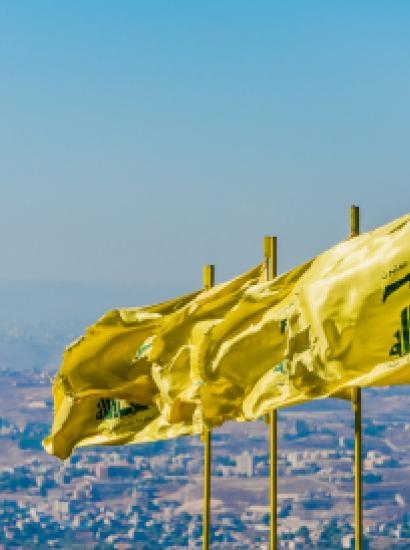 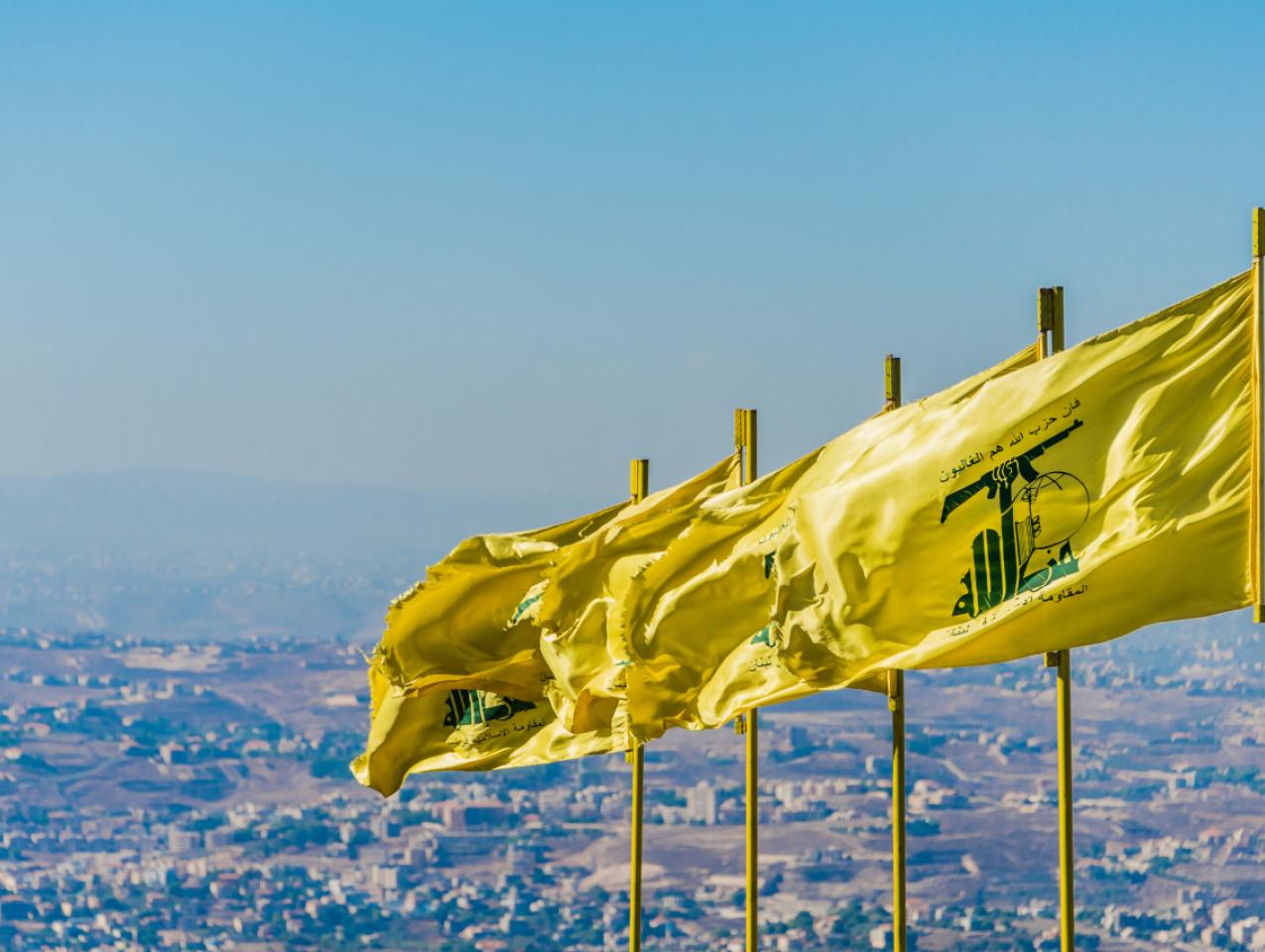 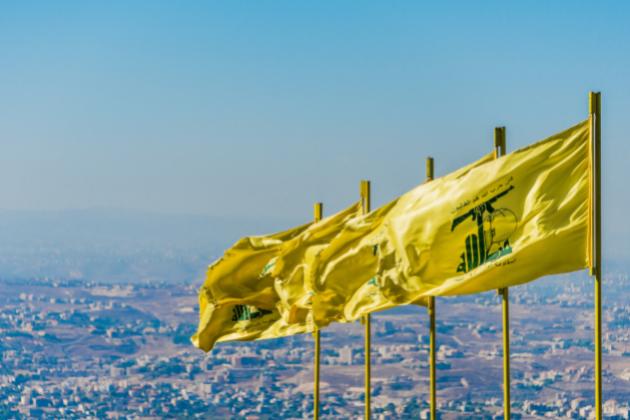 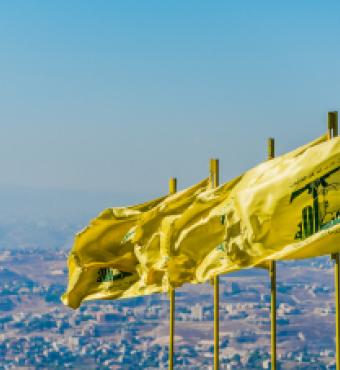 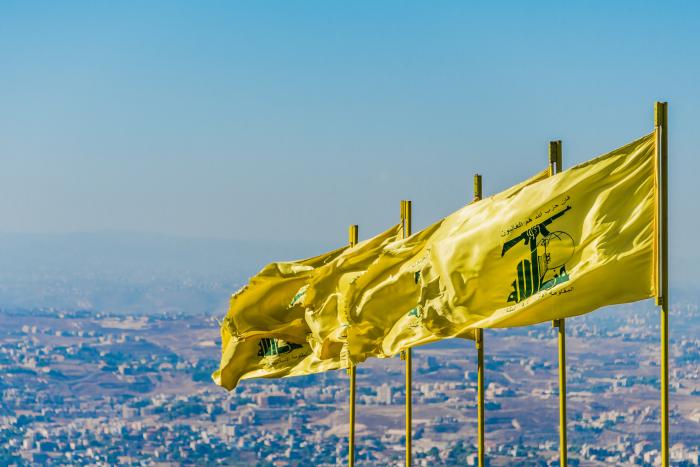 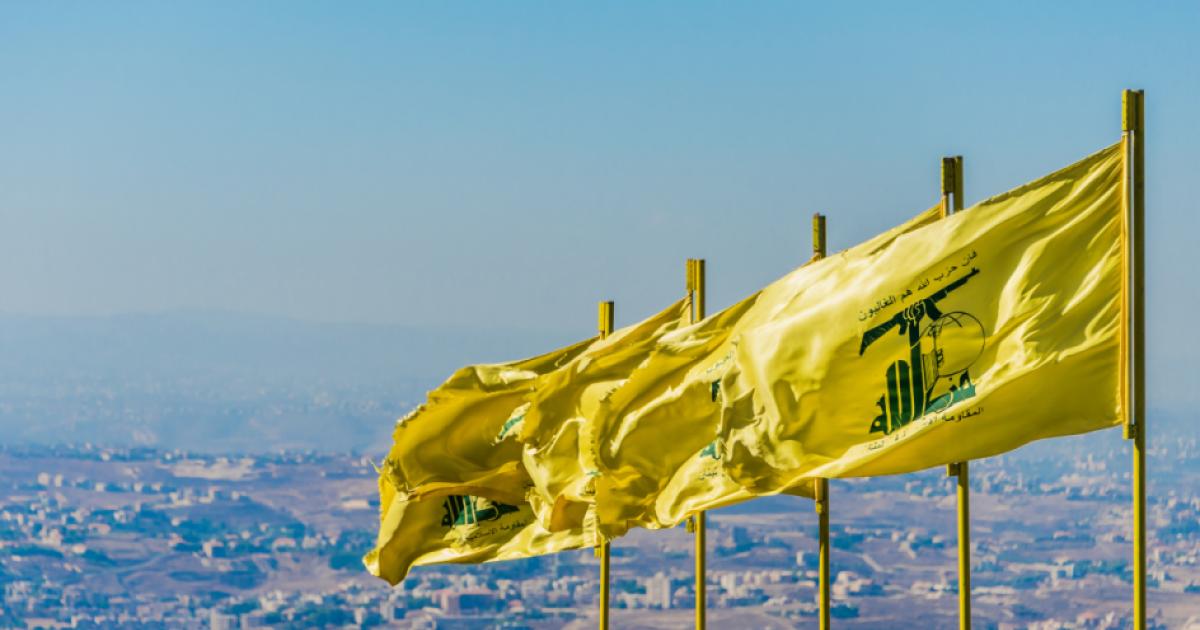 In October 2017, the Trump administration rolled out its long-anticipated policy to counter Iranian expansionism in the region. The policy pays significant attention to Hezbollah, Iran’s principal instrument of regional power projection. After eight years of American courtship of Iran, which drastically elevated its regional position, pushing back against Tehran and its proxies was always going to be a formidable challenge.

For years, the Obama administration oversaw not just the strengthening of the Iranian position across the region but also the alignment of US policy with Iran. Under President Obama, US policy in Syria and Iraq assisted Iran in establishing a continuous geopolitical sphere of influence stretching from Iran to the Mediterranean. In Lebanon, US policy, under the cover of supporting the Lebanese Armed Forces (LAF), helped Iran secure the western end of this realm. Washington tacitly recognized Hezbollah’s dominion in Beirut and winked at its synergetic relationship with the LAF. It increased its support to the LAF, which in turn assisted Hezbollah in securing its rear and the border with Syria. The end result has been that Islamic Revolutionary Guard Corps (IRGC) militias directly control the ground across Iraq, Syria, and Lebanon.

Facing this challenge required a major shift in US posture and priorities, along with clarity about how certain notions and policies had facilitated Iran’s expansion. The Trump administration’s overarching principle that Iran is a destabilizing force which needs to be countered is a much-welcome departure from the previous administration’s view of Tehran as a partner with whom we share fundamental interests in the region. However, many of the policy ideas currently in circulation either don’t quite rise to the level and urgency of the challenge or, in some cases, work against the administration’s declared principles and thereby inadvertently reinforce Obama’s policy of realignment.

The case of Lebanon is instructive in this regard. The stronger elements of what the administration has disclosed about its anti-Hezbollah policy are geared primarily toward targeting the group’s sources of funding and its global criminal enterprise—though these are insufficient on their own. The rest is far less tangible. It is centered on supporting “legitimate state institutions” in Lebanon and exposing Hezbollah's “nefarious behavior.” The White House explained the reasoning behind this approach as follows: “Over time, we believe that by denying Hezbollah political legitimacy, it will lose the support of the Lebanese people.”

Such woolly ideas, heavy on hopefulness over the indefinite long term and light on specific and credible mechanisms, make for an inadequate response to the nature of the challenge facing the United States and its allies in the region. Moreover, the concept behind this approach is inherently flawed. The “Lebanese state” is not some independent theoretical construct, separate from, and in opposition to, Hezbollah. Hezbollah is not only a fundamental part of the Lebanese state, it also thoroughly permeates and dominates it and all its institutions. As such, “supporting legitimate state institutions” as a means to counter Hezbollah is a contradiction in terms: supporting a state and institutions controlled by Hezbollah by definition helps Hezbollah.

Political competition and information campaigns are likewise deficient tools. It’s not just that the political class in Lebanon is entangled with Hezbollah, or that it wouldn’t be able to unseat Hezbollah from its position of absolute supremacy. It’s also that Hezbollah is a special unit of the IRGC—a military force which is part of the command structure of a regional power. Hezbollah is not playing by different rules: it’s playing a different game altogether.

And herein lies the problem. So far, US policy has relied on an indirect approach, premised on avoiding direct confrontation with Iran and its instruments. Policy-makers might believe that building up state institutions and denying Hezbollah and its sister groups “political legitimacy” over the long haul was the smarter, more sophisticated way to counter Iran. However, twelve years after this approach was tried in Lebanon, the result has been the consolidation of Hezbollah’s control, the total capitulation of its erstwhile political adversaries, and the exponential growth of its military power. Meanwhile, just as Hezbollah’s territorial control has expanded into Syria, the IRGC has been busy lapping up real estate and state structures from Baghdad to Beirut.

Consequently, this indirect, long-term approach has proven futile and counterproductive. Beyond that, it confuses US priorities. America's interest in the Levant always was straightforward: cutting off Iran’s overland route to Lebanon and choking off and degrading Hezbollah. The critical arena for pursuing this objective is Syria.

Syria is much more than Iran’s principal conduit for logistical support to Hezbollah. The IRGC and Hezbollah now directly control territory, command local IRGC franchises, and have constructed military infrastructure in the country. The border area with Lebanon has gone from being strategic depth to being Hezbollah-controlled terrain. The area between Damascus, south Lebanon, and the Golan Heights is now an Iranian zone. And, most recently, Hezbollah and the IRGC and their Iraqi units have connected on both sides of the Syrian-Iraqi border.

These developments represent a strategic setback for the United States and its allies. America had an opportunity to prevent this outcome during the previous six years. The Obama administration’s expressed policy at the time, however, was to respect Iran’s “equities” in Syria. This opportunity was squandered and the position of Syrian anti-Iranian forces is far weaker today. But the overriding US interest in Syria has not changed: disrupt this Iranian territorial link and degrade Hezbollah and the IRGC and their weapons capabilities in Syria and Lebanon. This is a priority that the United States still can, and should, pursue, even if it requires a more direct involvement today than it would have a few years ago.

The Iranian forces are vulnerable. They are overstretched and, in certain cases, they are operating in exposed terrain. The new military structures they are building are equally exposed. Israel has been exploiting these vulnerabilities to target military installations, bases, and weapons shipments, as well as senior IRGC and Hezbollah cadres. The Russian presence has not deterred the Israelis. The United States should reinforce this Israeli policy by adopting Israeli red lines as its own. And, using the considerable elements of US power in the region, it can expand this campaign against Iran’s and Hezbollah’s military infrastructure, arms shipments, logistical routes, and senior cadres. Local Syrian groups in eastern and southern Syria, and their sponsors, should also be empowered to take part in this endeavor.

Having the United States behind this policy strengthens Israel’s position vis-à-vis the Russians and provides it more room to maneuver, especially in the case of a conflagration with Hezbollah that expands to Lebanon. Throughout the Syrian war, the US position has held sacrosanct Lebanese stability, even as Lebanon was the launching pad for Hezbollah’s war effort in Syria, Iraq, and Yemen, and even as the group multiplied its stockpile of missiles aimed at Israel. Should the targeting of IRGC and Hezbollah assets lead to an escalation that encompasses Lebanon, the United States should offer full backing to Israel as it destroys Iran’s infrastructure in Lebanon and degrades its long arm on the Mediterranean. Lebanon’s stability, insofar as it means the stability of the Iranian order and forward missile base there, is not, in fact, a US interest.

The Trump administration’s anti-Iran posture and its recognition that Iran is an adversary, not a partner, is a much-needed corrective to the previous administration’s policy. The profound strategic challenges and geopolitical shifts which resulted from Obama’s policy of realignment with Iran severely complicate the task of pushing back against Tehran in the region and significantly narrow US options. The moment calls for strategic clarity and a set of policies that rise to the nature of the challenge. While there’s room for measures that work over the long term, the United States also needs other options to address immediate priorities.