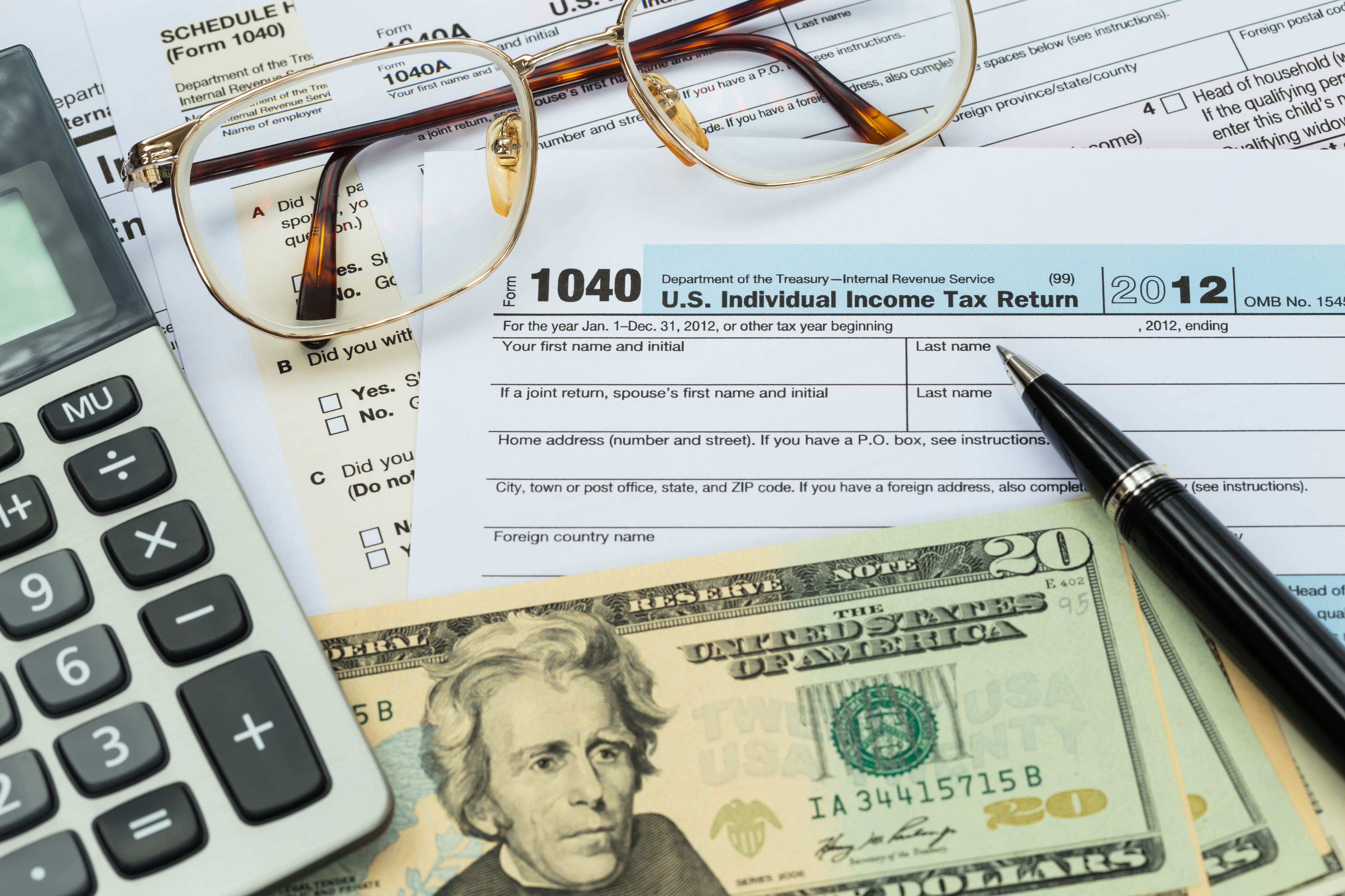 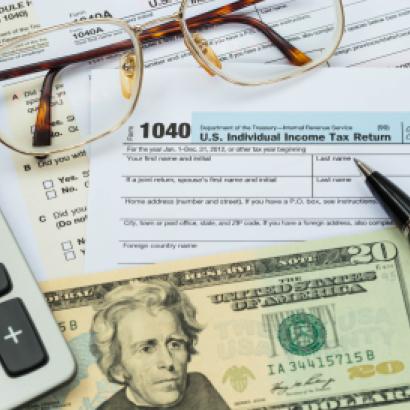 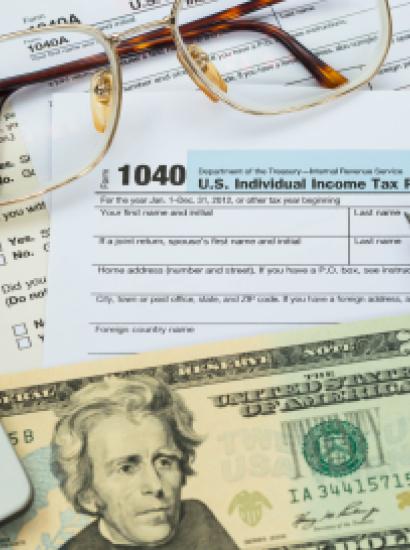 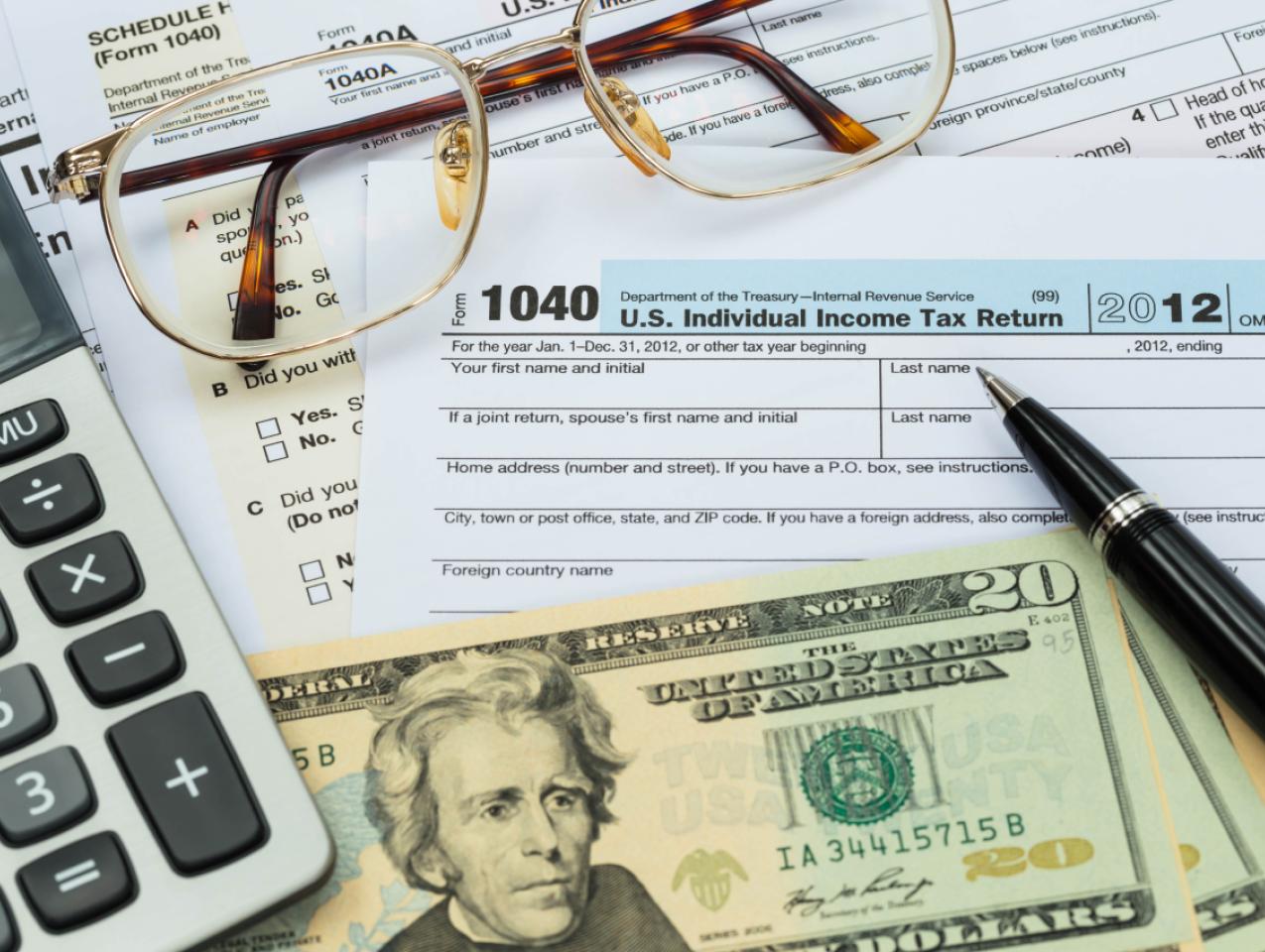 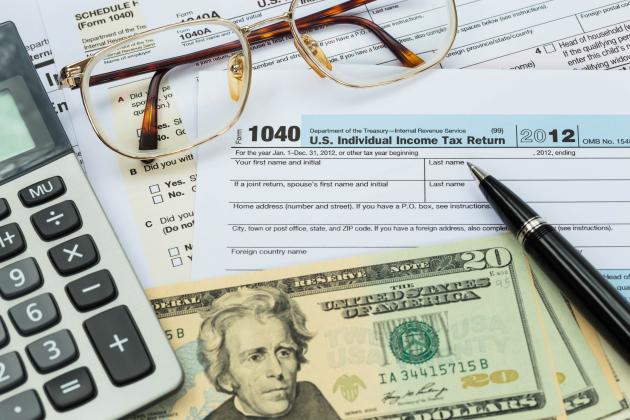 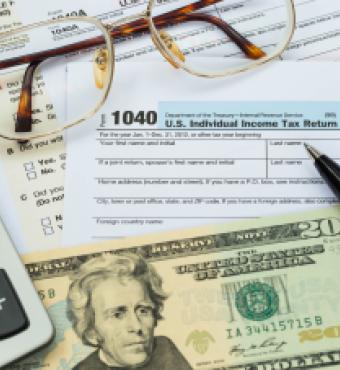 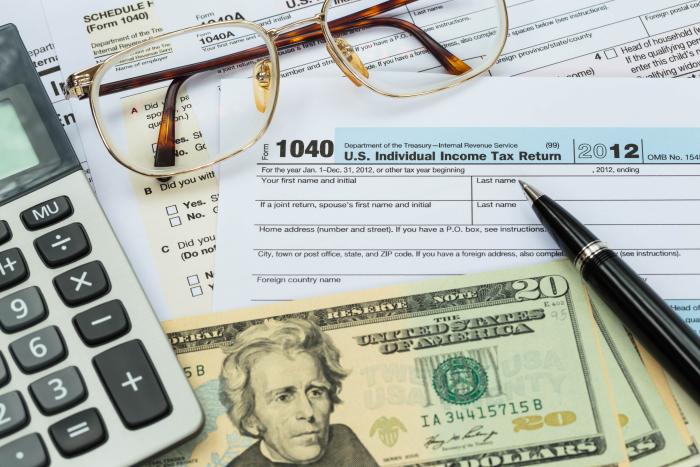 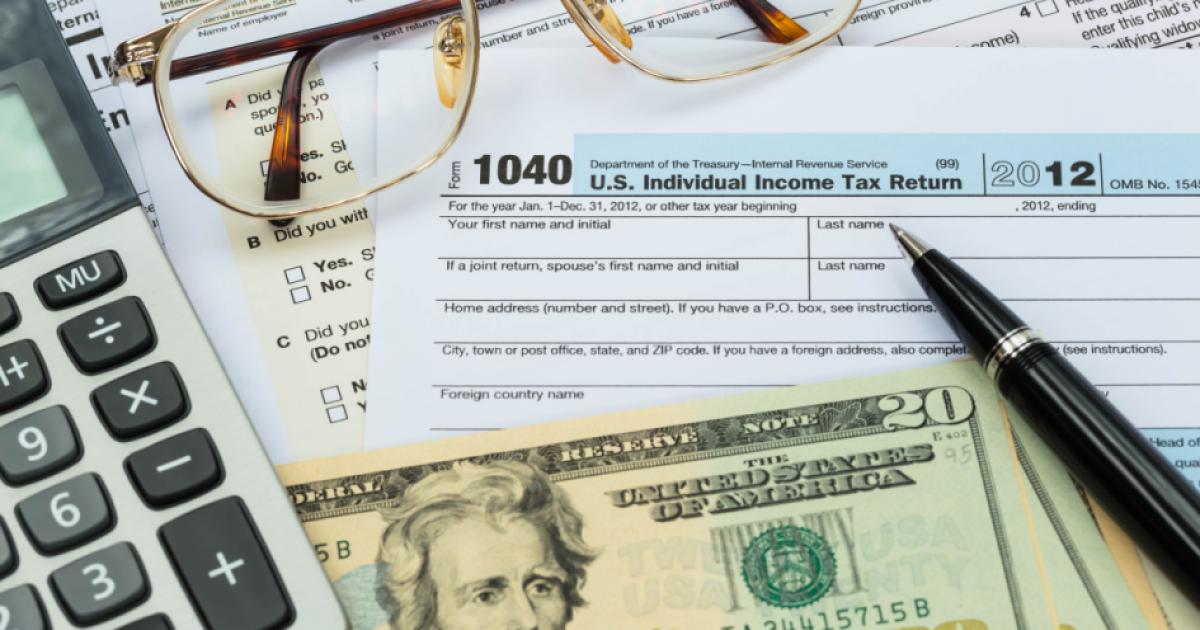 In my last Defining Ideas column, I explained how Senator Elizabeth Warren’s wealth tax violates well-established constitutional limits on income and transfer taxes. Ever since the Sixteenth Amendment legalized the income tax, all taxes on income have been based on some fraction of the amount earned within a given year. And all taxes on capital are imposed only once, namely at their transfer during life or upon death. In contrast, the Warren wealth tax would be imposed annually on all forms of wealth at rates that start at 2 percent for households whose net worth is between $50 million and $1 billion, and 3 percent for households who hold amounts of wealth in excess of $1 billion. The tax applies in both rich and lean years, whether a person makes or loses money.

To defend this dubious scheme on economic grounds, Warren, now a presidential aspirant, relies on a letter prepared by two prominent economists from Berkeley, Emmanuel Saez and Gabriel Zucman, both experts on the economics of inequality. Indeed, it is just there that the problems begin, for any fixation with equality or, as Saez and Zucman call it, equitable growth, rests on shaky premises.

It’s not clear why we should worry about inequality of income or wealth. Both concentrate solely on the gap between those at the top and those further down in the distribution. To be sure, the gap is striking. As Saez and Zucman point out, the yearly increase in wealth for the top 0.1 percent between 1980 and 2016 has averaged about 5.3% compared to the general average of 2.5%. But where is the social problem? Why am I worse off because someone else has become better off? The superrich have made their money by providing goods and services to their fellow citizens. Rather than just engaging in massive consumption, the rich, especially at the billionaire level, typically reinvest or give a large fraction of their wealth, often to charitable enterprises. The upshot is that the distribution in consumption is far more equal than that in income.

Nor is it possible to protest the very rich for their undue political influence. Per person, their influence is great, but on many social issues their views are hardly monolithic. In a world of majoritarian politics, moreover, that isolated 0.1 percent, even if unified, has less in aggregate influence than the unions, civil rights, environmentalist, and consumer groups aligned against them. That differential influence is most evident on taxation. The fraction of total taxes paid by the 90 percent of the population has shrunk over the last 35 years, from over 50 percent to about 35 percent. Currently, about 40 percent of taxes are paid by the top one-percent, which earns just over 20 percent of the income. Piling a wealth tax on top of that tax burden, year after year, is a big deal. Thus, if the wealthy earn about 8 percent return per year on their investments, a wealth tax of 3 percent is like an income tax of 37 percent, on top of the tax on current income. And there’s no reason to think that a Warren wealth tax is necessarily limited to two and three percent. If established, the tax will likely expand.

If income inequality is indeed a problem, the wealth tax is the wrong way to deal with it. The wealth gap can be closed by raising the income or wealth of the poor or lowering  the income or wealth of the rich (or some combination of both). The former requires growing the economy. The wealth tax would supposedly raise $2.75 trillion, but Saez and Zucman seem unwilling to address whether, and if so how, such a tax would impede growth. A one percent decline in GDP ($200 billion) could largely wipe out the supposed revenue gain of the wealth tax. Most rich people do not idly count their wealth sitting under palm trees; they continue to reinvest it in new projects that require both equity and debt capital. When a wealth tax of $5 or $10 million comes due, it could require an entrepreneur to liquidate part of his business—or to divert his assets from investment and business growth to the payment of taxes. Perhaps Saez and Zucman believe the government makes better use of capital than our most successful entrepreneurs, but that’s an economic pipedream. There is no way that the rate of return from public investment will approach that of startups. We should be lowering income tax rates on the rich, not raising them.

The negative growth effects are likely to be compounded by the reach of the tax. Saez and Zucman tout that one of the virtues of the wealth tax is that it “has a comprehensive base with no loopholes and is well enforced through a combination of systematic third party reporting and audits.” They also note that through the enforcement of the tax, society “will generate much more accurate data to estimate and track the wealth of the wealthiest Americans.” Of course, this would only come about by a systematic misuse of data. Right now the IRS treats all data as strictly confidential. It would require a massive change in policy to allow it to be shared with state or federal enforcement agencies or outside research firms, especially in individually identifiable form. From their letter, it is clear that neither economist has spent a single second thinking about the administrative burdens in running a tax system.

Take the income tax. The income tax does not tax all increments of wealth, however derived. The wealth of the superrich includes not only publicly trade stocks and bonds that have precise market values, but also working assets such as interests in start-ups that are not traded at all. Those business interests are typically not alienable, and their valuation can fluctuate extensively over time. Banks are reluctant to lend against assets in new ventures that have a high chance of going bust.  Similar valuation problems frequently arise for people who have complex interests in legal, medical, or banking practices; their wealth, too, is not in readily taxable form.  Accordingly, income tax law has made the sensible decision never to tax annually the increment (or decrement) in value of these interests. Instead, that income is taxed only when it is converted into cash or marketable assets. Similarly, the government does not tax the unrealized appreciation of such key personal assets as homes and art work, for which there is no ready market. That institutional decision to defer the collection of income taxes has two virtues. It avoids these multiple and costly valuation problems, and it does not require successful citizens to sell or borrow against their assets to pay any tax.

One of the reasons why I am firmly opposed to any estate tax is that it cannot duck these valuation problems.  When someone dies, it becomes necessary to attach a value to all property that passes at the time of death. At this point, the valuation problem is acute for all different asset classes. In order to administer a complex estate, it is necessary to comply with the voluminous requirements of Section 706 of the Internal Revenue Code, which for requires detailed information about every stock and bond that is found in a given portfolio. Thereafter, it is necessary to untangle a web of unique financial assets—interests in partnerships and closed corporations, patents, royalties, options, leases, mortgages, and more, from which must be offset the full range of immediate and contingent liabilities. The entire process often takes years to resolve, given the high level of valuation uncertainty.

But at least the administrative costs are worth incurring, because estate tax rates quickly zoom up to 40 percent on the taxable estate. It is sheer madness, on the other hand, to incur these costs to collect 2 percent of a total, as Warren’s wealth tax would do. The administrative costs of imposing a 2 percent wealth tax on persons whose net worth is, say, $55 million would surely surpass the $1,100,000 the tax would generate. Yet just imagine how much it will cost the IRS to process the 75,000 returns that Saez and Zucman predict will be filed annually. Unfortunately, the government will have to cast its net even wider to determine which households have assets exceed that Warren’s $50 million exemption. Few disputed estates can be closed within a year, especially if any dispute goes to litigation. In each subsequent year, the wealth tax will have to be reduced to take into account the unresolved, deferred liabilities from past years. It is a senseless use of government resources to require our ablest citizens to take valuable time supplying documents and undergoing audits and grueling examinations that carry with them the risk of civil and criminal sanctions.

So we are back to the original question: why do Saez and Zucman put such emphasis on minimizing the gap in wealth between the rich and poor? A sensible strategy puts growth before equity, which will produce larger gains for people at all points in the overall wealth distribution. The classical liberal approach wants to simplify taxation and reduce regulation to spur growth. Plain, old growth is a much better social tonic than the toxic Warren wealth tax.