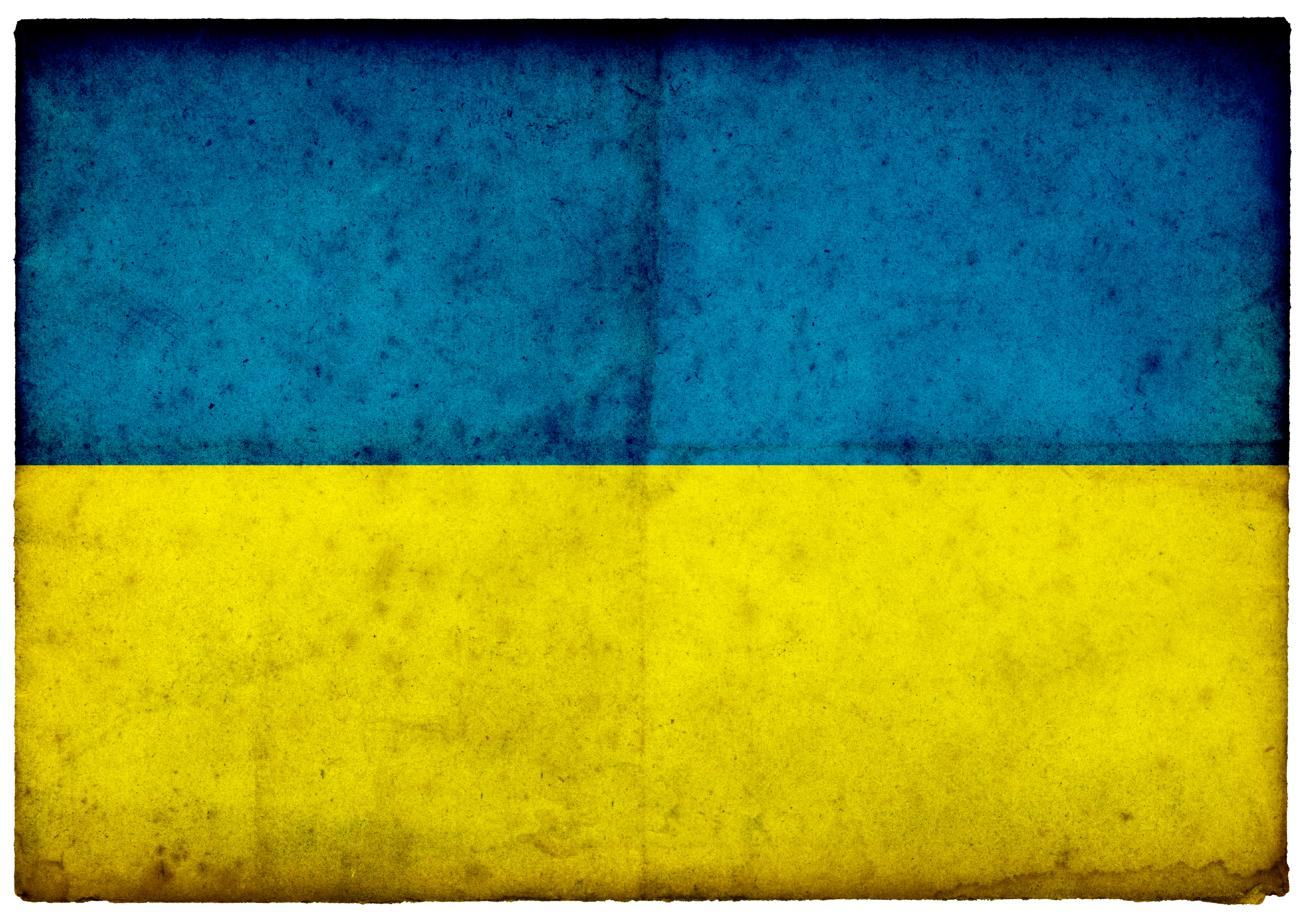 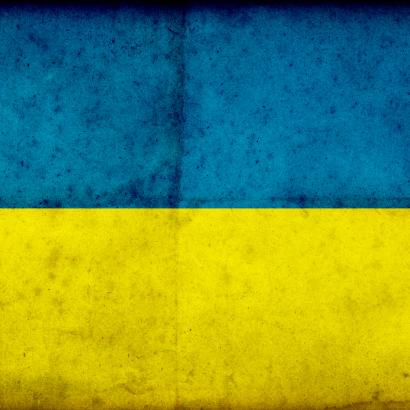 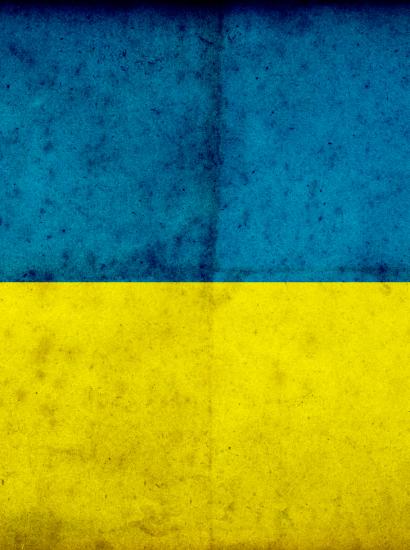 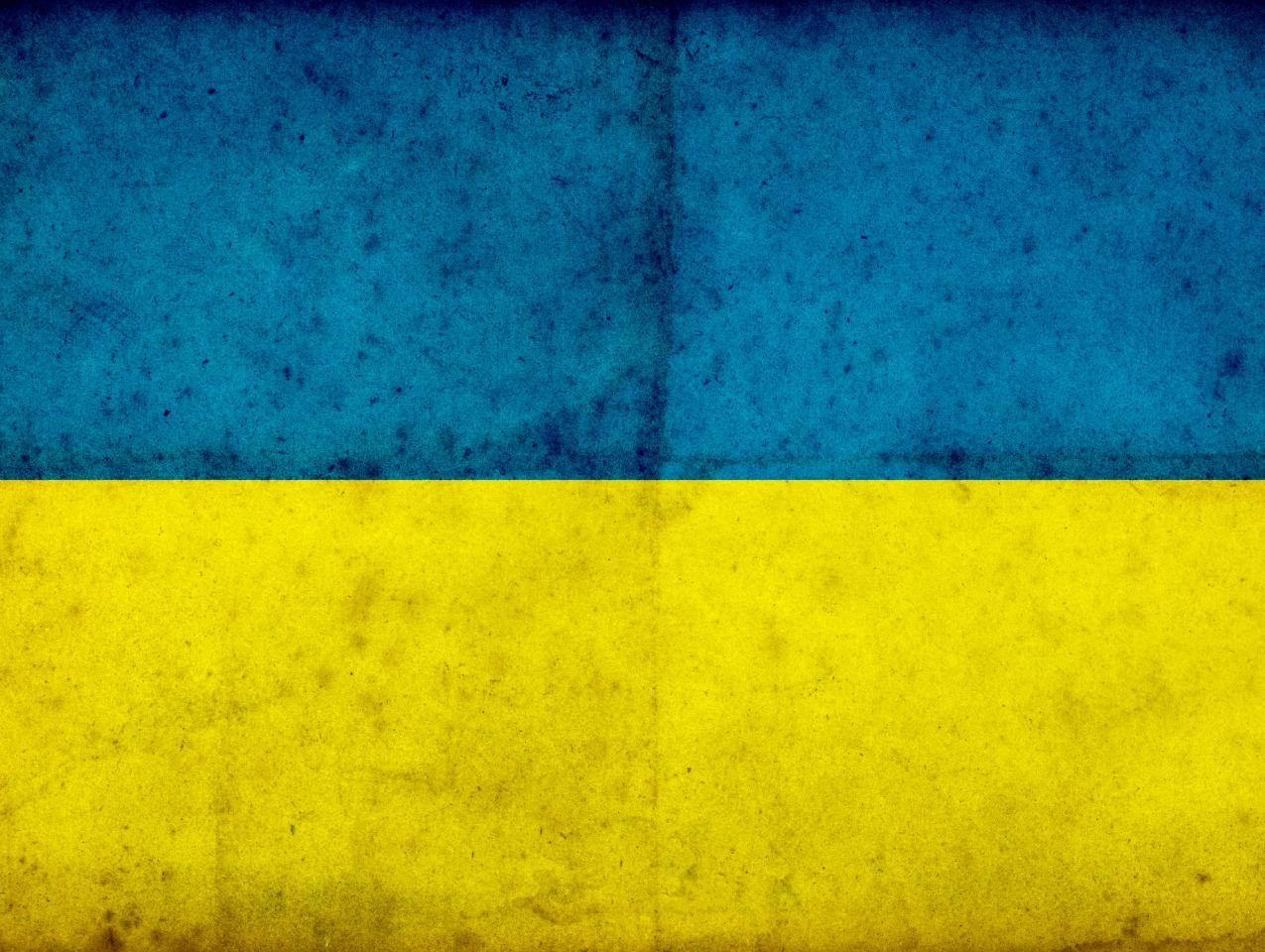 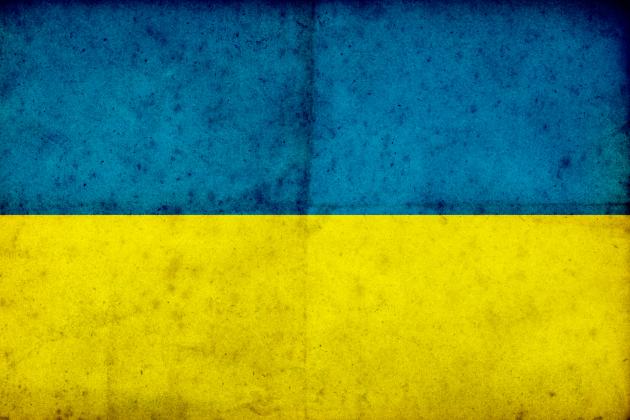 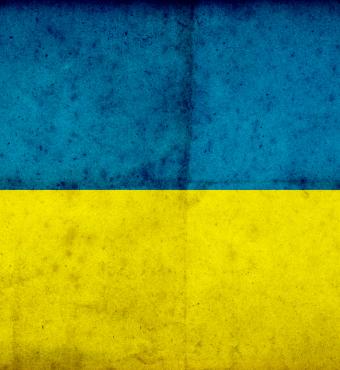 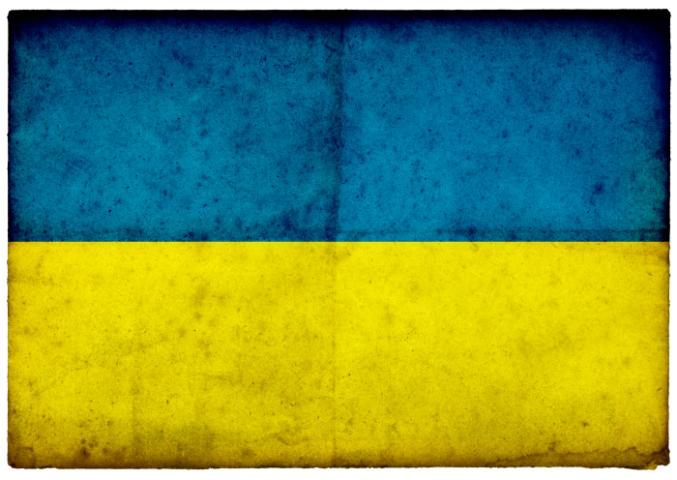 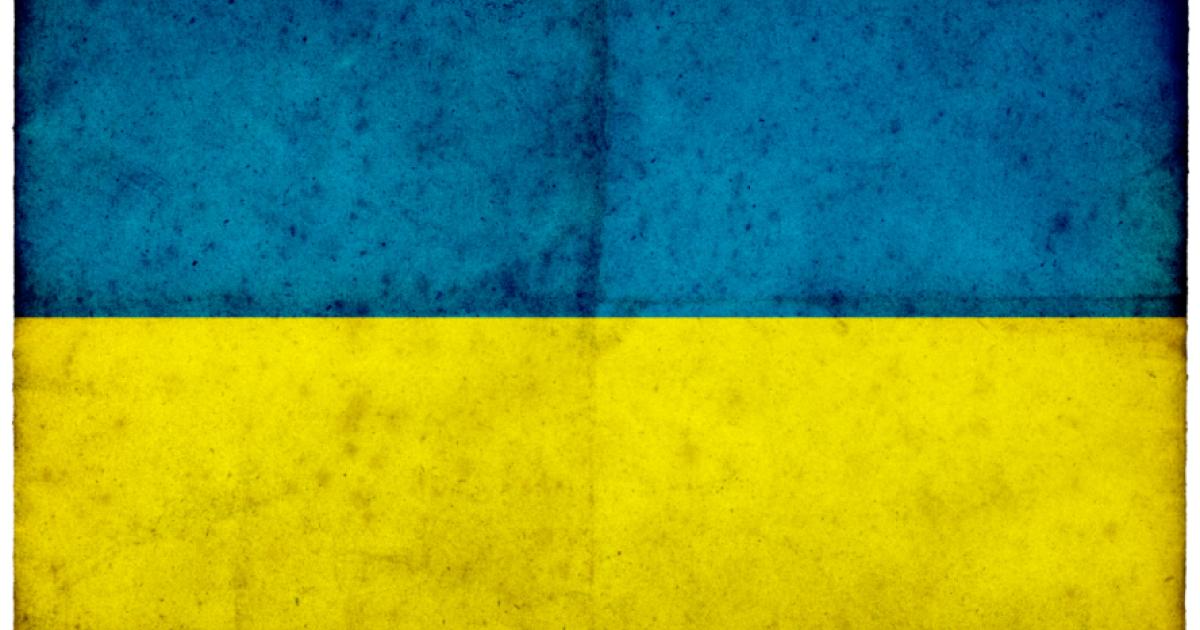 In the United States’ perennial quest for allies who share goals and contribute their fair share toward security, Ukraine is an exceptional bargain. This was perhaps the most important message that President Volodymir Zelenskiy carried with him to Washington last week in his face-to-face meeting with President Biden. Time will tell whether his message sinks in.

The United States has not had the best of experiences with choosing allies over the years. In Asia, Africa, and Latin America, Washington often has thrown in its lot with unsavory partners. In recent weeks, as Afghan forces collapsed despite the billions of dollars spent to train and equip them, it again became clear that lavish military aid buys neither friendly, stable governments nor territorial integrity. And within NATO, partner nations seem to want the American security blanket without always paying their dues or developing serious military forces of their own.

Zelenskiy, therefore, should have earned a warm reception from the Biden administration at the long-awaited Washington summit. Instead, he was received as a supplicant from a country characterized as paralyzed by corruption. The forty-three-year-old former TV actor, in his third year of office and first Washington visit, had come to America to counter Ukraine’s more-than-half-empty image in Washington.

Biden poured cold water on Zelenskiy’s most important request: US support for granting Ukraine MAP (Membership Application Plan) status in NATO. MAP would provide a path to Ukraine’s eventual membership in NATO. The White House statement last week shrugged off Ukraine’s request as follows: Ukraine must first undertake “the deep and comprehensive reforms necessary to fulfill its European and Euro-Atlantic aspirations.” During last June’s NATO summit in Brussels, when asked directly by the media whether Ukraine should be admitted to NATO, Biden responded that Ukraine must “meet the criteria . . . they still have to clean up corruption.” He concluded, “In the meantime we will do all we can to put Ukraine in a position to be able to continue to resist Russian physical aggression.”

In other words, the United States would support Ukraine’s armed resistance to Russian aggression, but no NATO membership for the foreseeable future. The White House underscored that stance last week, saying little beyond a vague endorsement of Ukraine’s “right to decide its own future foreign policy course free from outside interference.”

Zelenskiy has countered the corruption charge by describing Ukraine’s comprehensive reform program under way. But measuring reform progress is difficult. How to do so is not clear.

Zelenskiy had to make do with the White House’s reiterated assurances of the United States’ “commitment to Ukraine’s sovereignty and territorial integrity in the face of continued Russian aggression.” Such assurances may have reminded Ukrainian officials of Biden’s fly-ins to Kyiv as vice president during the dark days of 2014 with lofty promises but empty hands.

Zelenskiy wanted to drive home the fact that Ukraine has been fighting Russian illegal aggression, occupation, and annexation for nigh on eight years, and with remarkably little outside assistance. In fact, he intimated that Ukraine is actually fighting Washington’s and NATO’s own battles against Russian aggression and expansion. Nor is there doubt about where Ukraine stands in the world. Even the UN General Assembly has condemned Russia’s “temporary occupation” of Crimea, and the European Parliament has condemned human rights violations in Crimea and the occupied Donbas region. And Russia is burdened by sanctions for its many misdeeds and outrages on the international stage.

There also can be little doubt about Ukraine’s allegiance to the West. The 2014 Maidan Revolution was a reaction to the pro-Russian president at the time, Viktor Yanukovich, rejecting association status with the European Union. Over the years, Ukraine has contributed armed forces to NATO’s Kosovo and Afghan missions and participated in NATO maneuvers.

Ukraine’s military assistance from its American partner is remarkably small, considering that some 7 percent of Zelinskiy’s nation is occupied by Russian-controlled forces backed by a massive deployment of Russian troops on an open border (a troop number that recently swelled to one hundred thousand).

Ukraine received just 3.5 percent of the $80 billion total of US military assistance in 2020. In absolute value, Ukraine’s $280 million equals what tiny Jordan receives from the United States. Unlike NATO partners, Ukraine meets NATO defense contribution requirements, devoting 3.4 percent of its GDP to defense (versus Germany’s 1.2 percent). Ukraine maintains a standing army of three hundred thousand, the largest in Europe along with that of France, versus 1.5 million for Russia.

Ukraine’s armed resistance has come at considerable cost: almost fifteen thousand Ukrainian military and civilian lives, and the displacement of more than a million Ukrainian citizens.

To sum up Zelenskiy’s message: Ukraine has for eight years served as a buffer against Putin’s revanchism that threatens Eastern Europe and former Soviet states. As expressed by a top adviser to Zelenskiy, Ukraine is “very different from Afghanistan. . . . We are an independent country, not a failed state, and our military has managed to resist the Russians, not the Taliban.”

Given its losses and sacrifices, Ukraine will never capitulate to Russia. Imagine the effects of a “peace” agreement forced upon Ukraine by Russia and the two other members of the so-called “Normandy Four” (France and Germany) according to Russia’s interpretation of the 2014 Minsk Accords. Under its terms, the two breakaway eastern provinces—ruled by Moscow potentates—return to Ukraine in good standing with veto power over important measures. Under such circumstances, Ukraine would eventually return to the Russian sphere of influence a la Belarus and bring Vladimir Putin’s reconstituted Russian empire to the borders of Romania, Hungary, Slovakia, and Poland—all NATO members.

Putin would still require foreign enemies to justify his repressive rule at home. He would go about peeling off NATO’s eastern flank with cyberwarfare, border maneuvers, bribes, and other threats.

Not that Putin is in any particular rush for peace anyway. In the current clash, Ukraine has no eastern border, Ukraine’s access to its eastern ports is insecure, and Russia can threaten Ukraine at will with massive troop buildups. That Ukraine has a growing economy despite all this is a singular achievement.

For the above reasons, Zelenskiy had yet another message for Biden: Ukraine will not allow third countries to decide its fate. Nothing like Neville Chamberlain’s 1938 debacle in Munich will take place. Ukraine will reject any negotiation without a seat at the table for itself.

Ukraine insists on this position based on bitter experience. In June, Biden and German leader Angela Merkel agreed that the United States would not enforce its sanctions against the Nord Stream 2 undersea gas pipeline from Russia to Germany. Biden and Merkel presented this as a way to repair German-US relations. Although the pipeline is an existential issue for Ukraine, which will lose security leverage now that vast Russian gas deliveries will now circumvent Ukraine, Zelenskiy learned of this German-American agreement through the press. Similarly, Biden’s one-on-one meeting in Geneva with Putin in June was received as a potential sellout of Ukraine.

Biden’s withdrawal of the last US forces from Afghanistan without first consulting its NATO allies could also be seen as reinforcing Ukraine’s view that its needs will easily be disregarded.

What Are Ukraine’s Options?

How legitimate are Biden’s objections to setting Ukraine on the road to eventual NATO membership?

Ukraine does suffer from corruption and oligarch influence, as does virtually every country that emerged from the Soviet Union (except the Baltic states). The Zelenskiy administration understands the importance of reform and seems to be working hard to deal with it. NATO has not always been so particular with respect to some of its current members. Ukraine’s corruption index is roughly equal to those of NATO members Albania and Northern Macedonia. Its global freedom score, as measured by Freedom House, is superior to those of NATO members Turkey and North Macedonia. Most important, Ukraine remains one of the few countries from the former Soviet Union that have relatively free elections for parliament and the presidency.

It is legitimate to ask whether the denial of NATO MAP status to Ukraine is based on Russia’s objections. The Kremlin has labeled NATO membership for Ukraine a red line that would trigger a ferocious Russian response. A Washington Post editorial warned that Ukraine’s admission to NATO would be a “bridge too far.” Russia’s saber rattling will not let up as long as Putin is in charge. What will NATO do if Ukraine clearly solves its corruption issues, and continues to seek membership?

If Ukraine understands that Russia’s “red line” will block it from NATO membership, it can pursue other options, which may become more attractive if NATO is permanently weakened by the chaotic withdrawal from Afghanistan. Ukraine has entered into a regional alliance of sorts with Poland and Lithuania, both strong anti-Putin nations. Called the Lublin Triangle, its combined military force equals a half million. In this way, Ukraine could conceivably maintain its national autonomy, reduce its military dependence on the United States, and be in a position to impose immense costs on any invading Russian force. This option is worth Zelenskiy’s attention.