President Obama transformed the Democratic Party into a bastion of elite progressivism that alienated the working class. 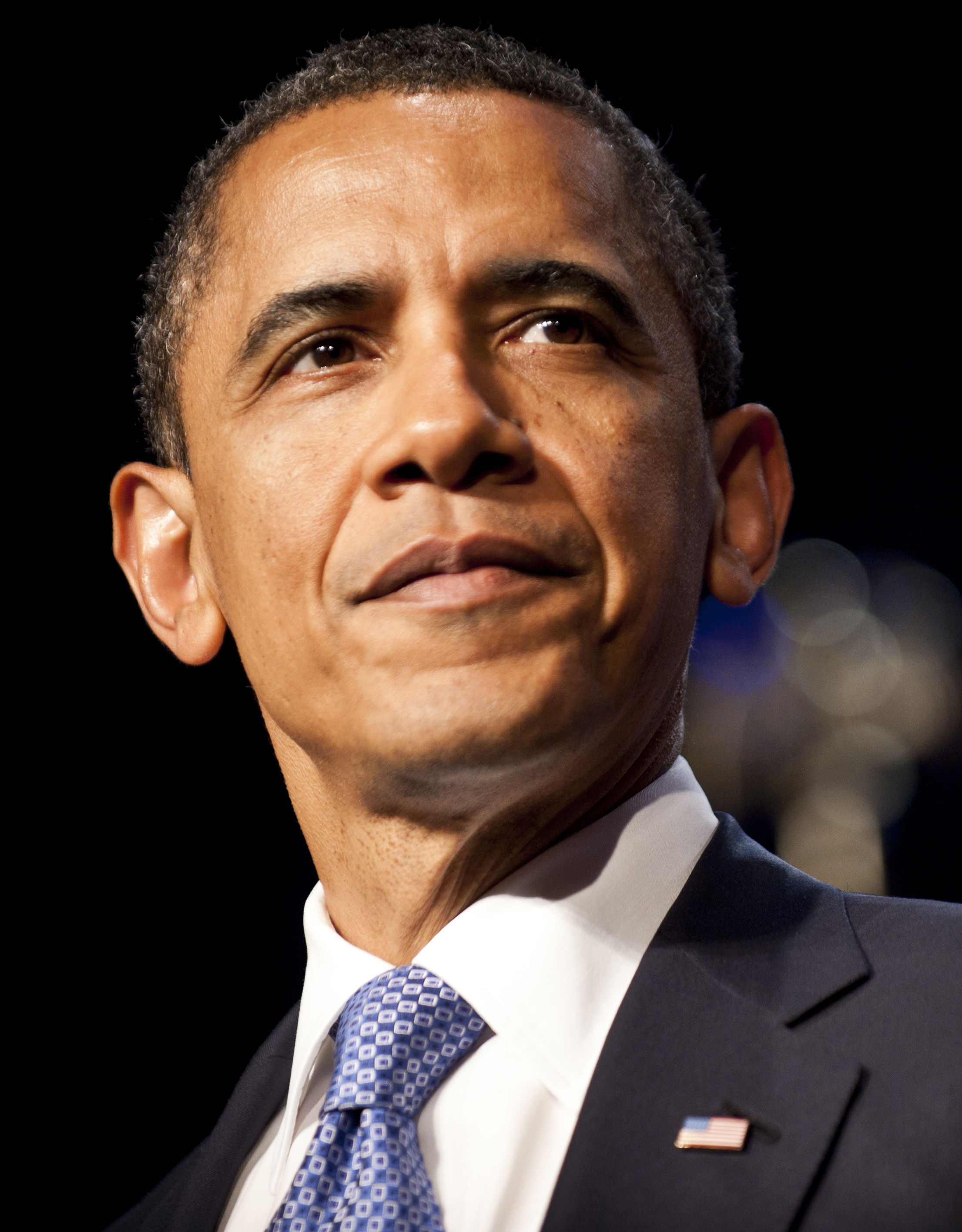 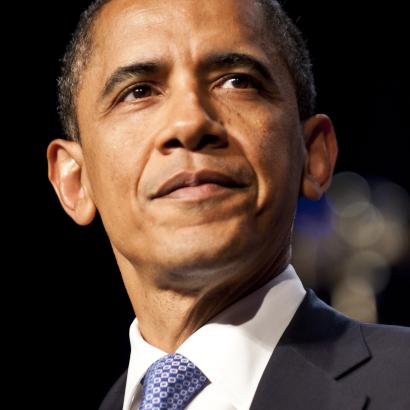 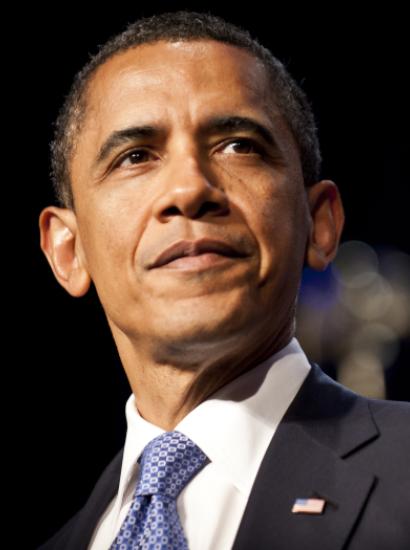 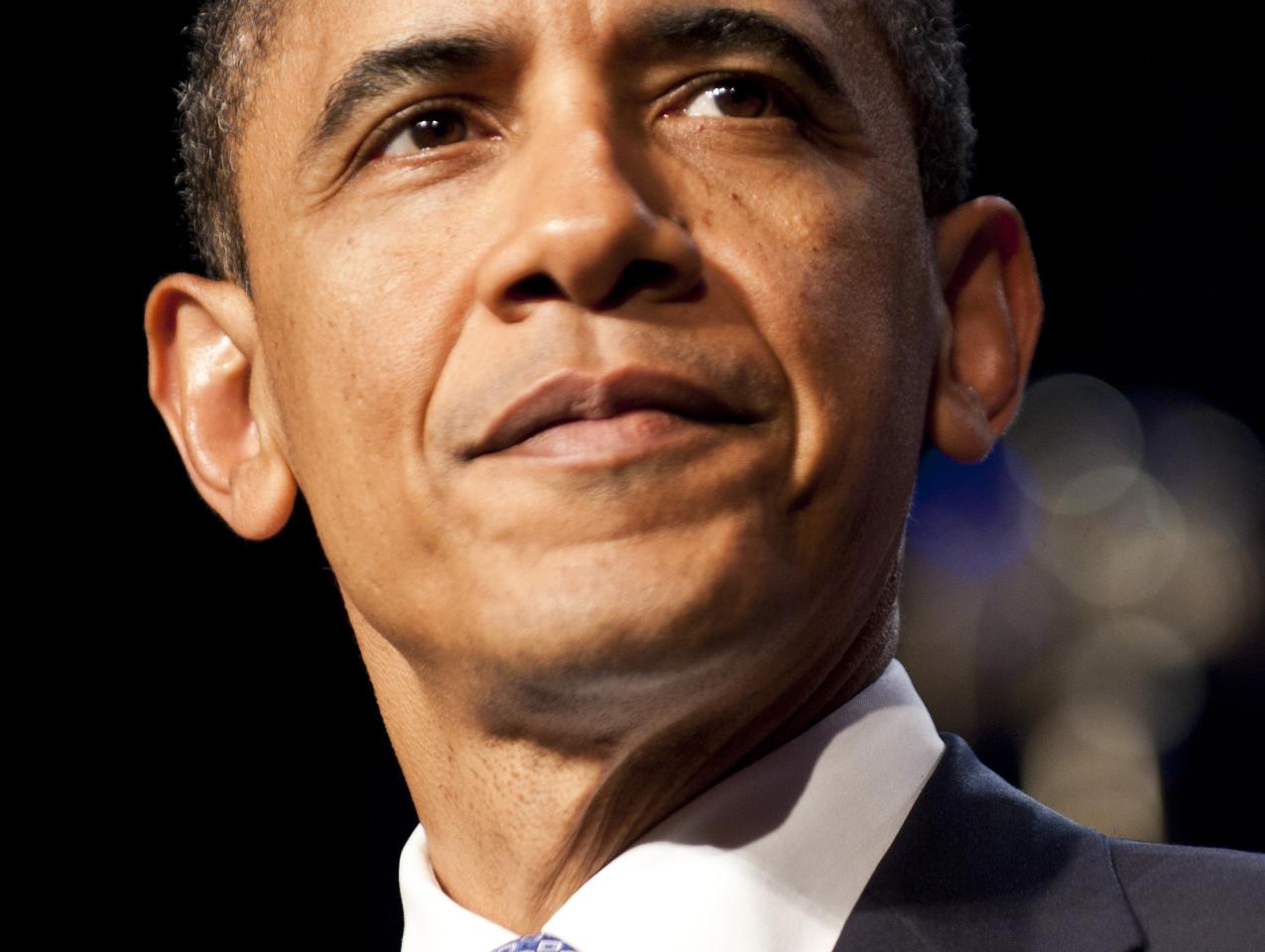 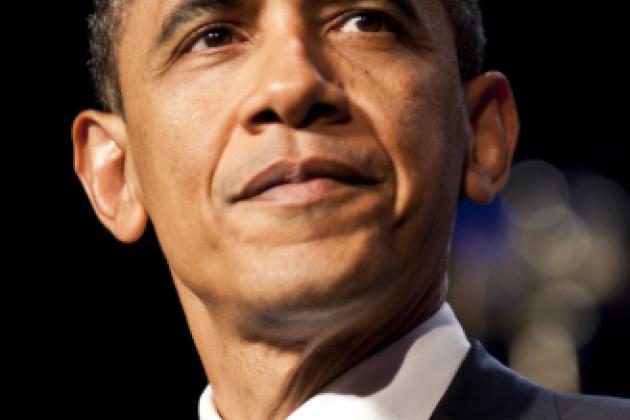 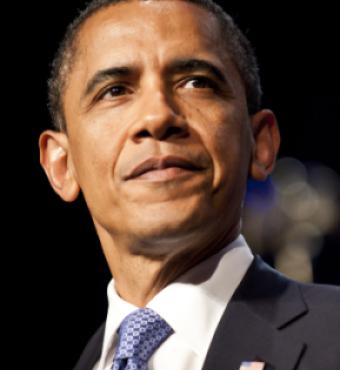 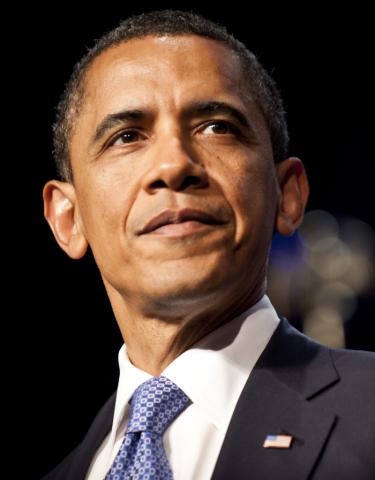 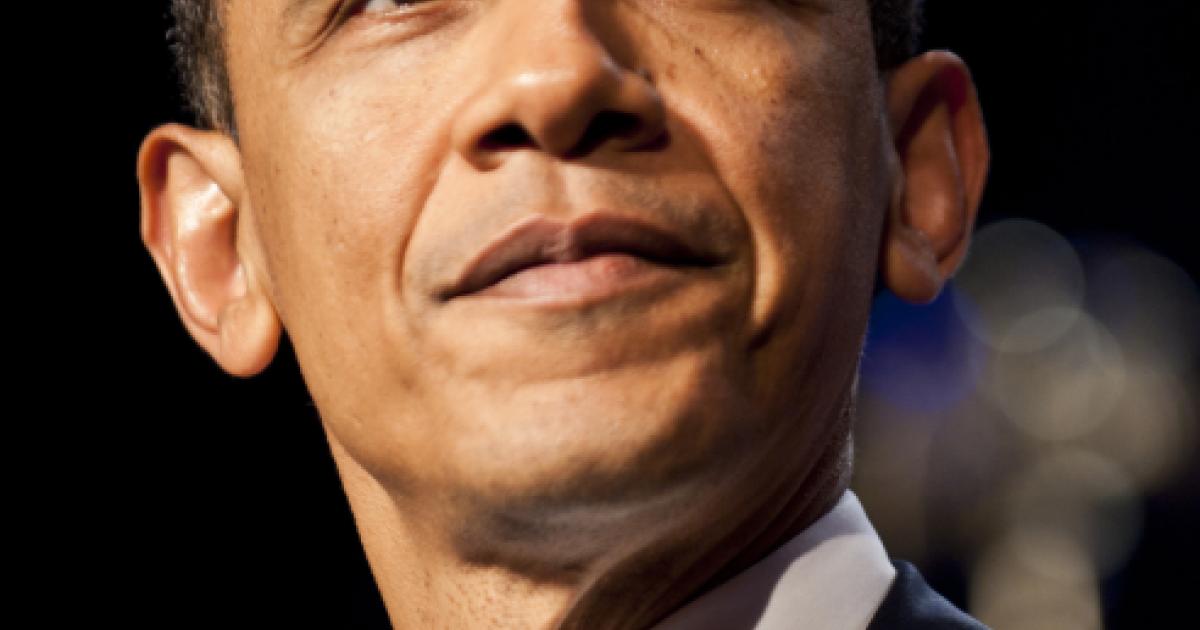 Throughout the course of the 2016 election, the conventional groupthink was that the renegade Donald Trump had irrevocably torn apart the Republican Party. His base populism supposedly sandbagged more experienced and electable Republican candidates, who were bewildered that a “conservative” would dare to pander to hoi polloi by promising deportations of illegal aliens, renegotiation of trade agreements that “ripped off” working people, and a messy attack on the reigning political correctness.

It was also a common complaint that Trump had neither political nor military experience. He trash-talked his way into the nomination, critics said, which led to defections among the outraged Republican elite. By August, a #NeverTrump movement had taken root among many conservatives, including some at National Review, The Weekly Standard, and the Wall Street Journal. Many neoconservatives who formerly supported President George W. Bush flipped parties, openly supporting the Clinton candidacy.

Trump’s Republican critics variously disparaged him as, at best, a Huey Long or Ross Perot, whose populist message was antithetical to conservative principles of unrestricted trade, open-border immigration, and proper personal comportment. At worse, a few Republican elites wrote Trump off as a dangerous fascist akin to Mussolini, Stalin, or Hitler.

For his part, Trump often sounded bombastic and vulgar. By October, after the Access Hollywood video went viral, many in the party were openly calling for him to step down. Former primary rivals like Jeb Bush and John Kasich reneged on their past oaths to support the eventual Republican nominee and turned on Trump with a vengeance.

By the end of the third debate, it seemed as if Trump had carjacked the Republican limousine and driven it off a cliff. His campaign seemed indifferent to the usual stuff of an election run—high-paid handlers, a ground game, polling, oppositional research, fundraising, social media, establishment endorsements, and celebrity guest appearances at campaign rallies. Pundits ridiculed his supposedly “shallow bench” of advisors, a liability that would necessitate him crawling back to the Republican elite for guidance at some point.

What was forgotten in all this hysteria was that Trump had brought to the race unique advantages, some of his own making, some from finessing naturally occurring phenomena. His advocacy for fair rather than free trade, his insistence on enforcement of federal immigration law, and promises to bring back jobs to the United States brought back formerly disaffected Reagan Democrats, white working-class union members, and blue-dog Democrats—the “missing Romney voters”—into the party. Because of that, the formidable wall of rich electoral blue states like Pennsylvania, Michigan, Wisconsin, Ohio, and North Carolina crumbled.

Beyond that, even Trump’s admitted crudity was seen by many as evidence of a street-fighting spirit sorely lacking in Republican candidates that had lost too magnanimously in 1992, 2008, and 2016 to vicious Democratic hit machines. Whatever Trump was, he would not lose nobly, but perhaps pull down the rotten walls of the Philistines with him. That Hillary Clinton never got beyond her email scandals, the pay-for-play Clinton Foundation wrongdoing, and the Wikileaks and Guccifer hackings reminded the electorate that whatever Trump was or had done, he at least had not brazenly broken federal law as a public servant, or colluded with the media and the Republican National Committee to undermine the integrity of the primaries and sabotage his Republican rivals.

Finally, the more Clinton Inc. talked about the Latino vote, the black vote, the gay vote, the woman vote, the more Americans tired of the same old identity politics pandering. What if minority bloc voters who had turned out for Obama might not be as sympathetic to a middle-aged, multimillionaire white woman? And what if the working white classes might flock to the politically incorrect populist Trump in a way that they would not to a leftist elitist like Hillary Clinton? In other words, the more Clinton played the identity politics card, the more she earned fewer returns for herself and more voters for Trump.

In the end, the #NeverTrump movement fizzled, and most of the party rightly saw, after putting aside the matter of his character, that Trump’s agenda was conservative in almost every area—immigration, energy, gun rights, taxes and regulation, abortion, health care, and military spending. In areas of doubt—foreign policy and entitlements—voters reasoned that sober and judicious Republican advisors would surround and enlighten Trump.

As a result, Republican voters, along with working class Democrats and Independents voted into power a Republican President, Republican Congress, and, in essence, a Republican judiciary. Trump’s cunning and energy, and his unique appeal to the disaffected white working class, did not destroy the Republican down ballot, but more likely saved it. Senators and Representatives followed in Trump’s wake, as did state legislatures and executive officers. Any Republican senatorial candidate who voted for him won election; any who did not, lost. Trump got a greater percentage of Latinos, blacks, and non-minority women than did Romney, and proved to be medicine rather than poison for Republican candidates. With hindsight, it is hard to fathom how any other Republican candidate might have defeated Clinton Inc.—or how, again with hindsight, the Party could be in a stronger, more unified position.

In contrast, the Democratic Party is torn and rent. Barack Obama entered office in 2009 with both houses of Congress, two likely Supreme Court picks, and the good will of the nation. By 2010 he had lost the House; by 2012, the Senate. And by 2016, Obama had ensured that his would-be successor could not win by running on his platform.

A failed health care law, non-existent economic growth, serial zero interest rates, near record labor non-participation rates, $20 trillion in national debt, a Middle East in ruins, failed reset and redlines, and the Iran deal were albatrosses around Democratic Party’s neck. Obama divided the country with the apology tour, the Cairo Speech, the beer summit, the rhetoric of disparagement (“you didn’t build that,” “punish our enemies,” etc.), the encouragement of the Black Lives Matter movement, and a series of anti-Constitutional executive orders.

In other words, even as Obama left the Democrats with ideological and political detritus, he also had established an electoral calculus built on his own transformative identity that neither had coattails nor was transferrable to other candidates. Indeed, his hard-left positions on redistribution, social issues, sanctuary cities, amnesty, foreign policy, and spending would likely doom candidates other than himself who embraced them.

The Bernie Sanders candidacy was the natural response, on the left, to Obama’s ideological presidency. But the cranky socialist septuagenarian mesmerized primary voters on platitudes that would have proven disastrous in a general election—before meekly whining about Clinton sabotage and then endorsing the ticket. What then has the Democratic Party become other than a hard left and elite progressive force, which without Obama’s personal appeal to bloc-voting minorities, resonates with only about 40 percent of the country?

The Democratic Party is now neither a centrist nor a coalition party. Instead, it finds itself at a dead-end: had Hillary Clinton emulated her husband’s pragmatic politics of the 1990s, she would have never won the nomination—even though she would have had a far better chance of winning the general election.

Wikileaks reminded us that the party is run by rich, snobbish, and often ethically bankrupt grandees. In John Podesta’s world, it’s normal and acceptable for Democratic apparatchiks to talk about their stock portfolios and name-drop the Hamptons, while making cruel asides about “needy” Latinos, medieval Catholics, and African-Americans with silly names—who are nonetheless expected to keep them in power. Such paradoxes are not sustainable. Nor is the liberal nexus of colluding journalists, compromised lobbyists, narcissistic Silicon Valley entrepreneurs, family dynasties, and Clintonian get-rich ethics.

The old blue-collar middle class was bewildered by the leftwing social agenda in which gay marriage, women in combat units, and transgendered restrooms went from possible to mandatory party positions in an eye blink. In a party in which “white privilege” was pro forma disparagement, those who were both white and without it grew furious that the elites with such privilege massaged the allegation to provide cover for their own entitlement.

In the aftermath of defeat, where goes the Democratic Party?

It is now a municipal party. It has no real power over the federal government or state houses. Its once feared cudgel of race/class/gender invective has become a false wolf call heard one too many times. The Sanders-Warren branch of the party, along with the now discredited Clinton strays, will hover over the party’s carcass. Meanwhile, President Obama will likely ride off into the sunset to a lucrative globe-trotting ex-presidency. His executive orders will systematically be dismantled by Donald Trump, leaving as his legacy a polarizing electoral formula that had a shelf life of just two terms.