The rising challenge posed by China’s active and expansionary foreign policy requires careful study and rebuttal. Its threat to long-standing norms of the liberal order are leading to pushback across the globe. 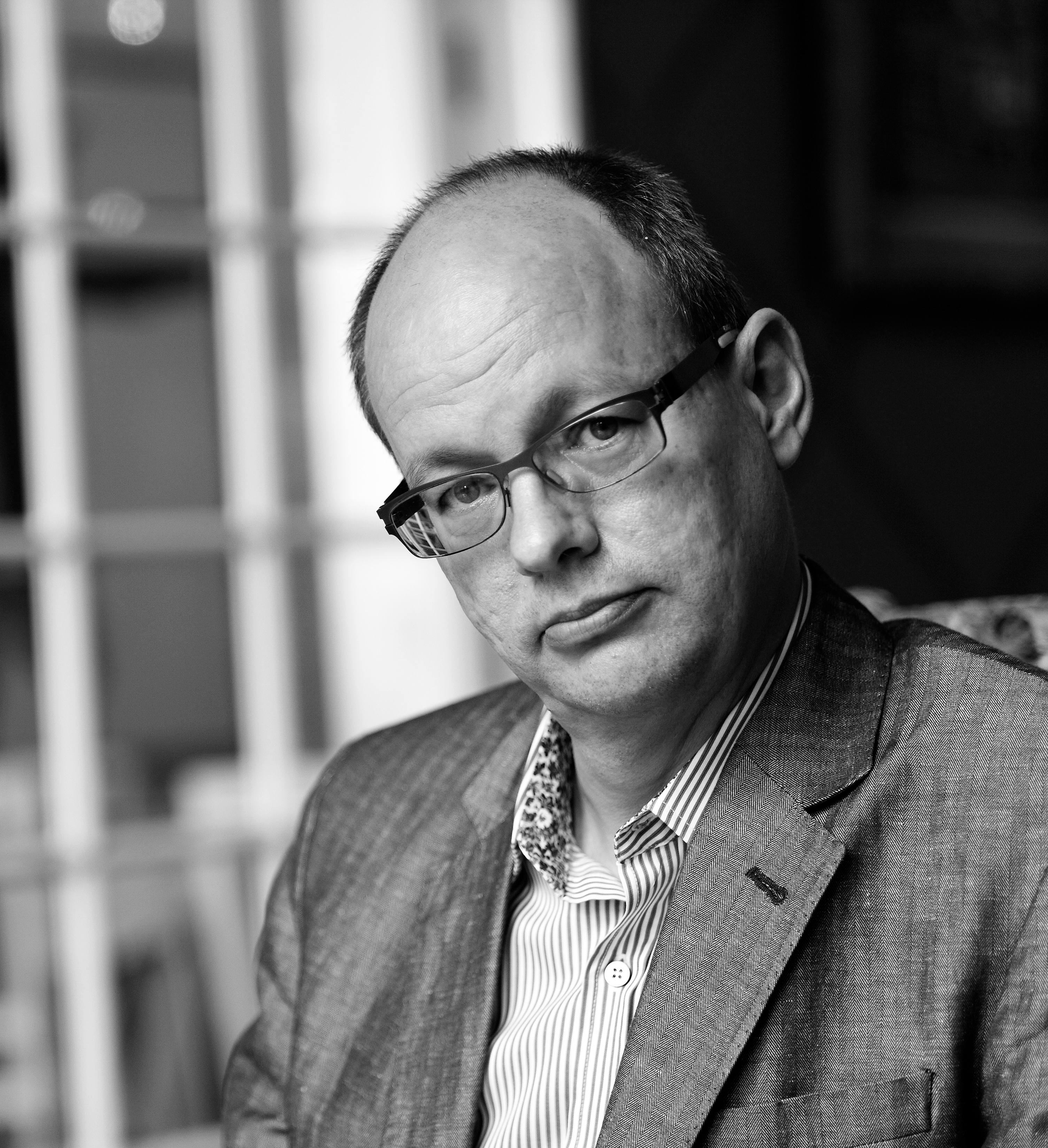 Frank Dikötter is chair professor of humanities at the University of Hong Kong and senior fellow at the Hoover Institution. Before moving to Asia in 2006, he was professor of the modern history of China at the School of Oriental and African Studies (SOAS), University of London. He was born in the Netherlands, educated in Switzerland, and received his PhD from the University of London in 1990. He holds an honorary doctorate from the University of Leiden. Frank has published a dozen books that have changed the way we look at the history of China, from the classic The Discourse of Race in Modern China (Stanford University Press, 1992) to China before Mao: The Age of Openness (University of California Press, 2007). His Narcotic Culture: A History of Drugs in China (University of Chicago Press, 2004) used archives from China, Europe, and the United States to challenge one of the cornerstones of current international drug policy, namely, the idea that opium changed China into a nation of addicts. Most recently he has published a People's Trilogy, using newly opened files from the Chinese Communist Party’s own archives to document the impact of communism on the lives of ordinary people under Mao. The first volume, Mao's Great Famine: The History of China’s Most Devastating Catastrophe, 1958-1962, won the 2011 BBC Samuel Johnson Prize for Non-Fiction, Britain’s most prestigious book award for non-fiction. It was selected as a Book of the Year by The Economist, the Independent, the Sunday Times, the London Evening Standard, The Telegraph, the New Statesman and the Globe and Mail, and has been translated into thirteen languages. The Tragedy of Liberation: A History of the Chinese Revolution 1945-1957, was shortlisted for the Orwell Prize in 2014. The Cultural Revolution: A People’s History, 1962-1976 concludes the trilogy and was published in May 2016. He is currently working on a history of the cult of personality seen through the lives of eight dictators, from Mussolini to Mao and Mengistu. 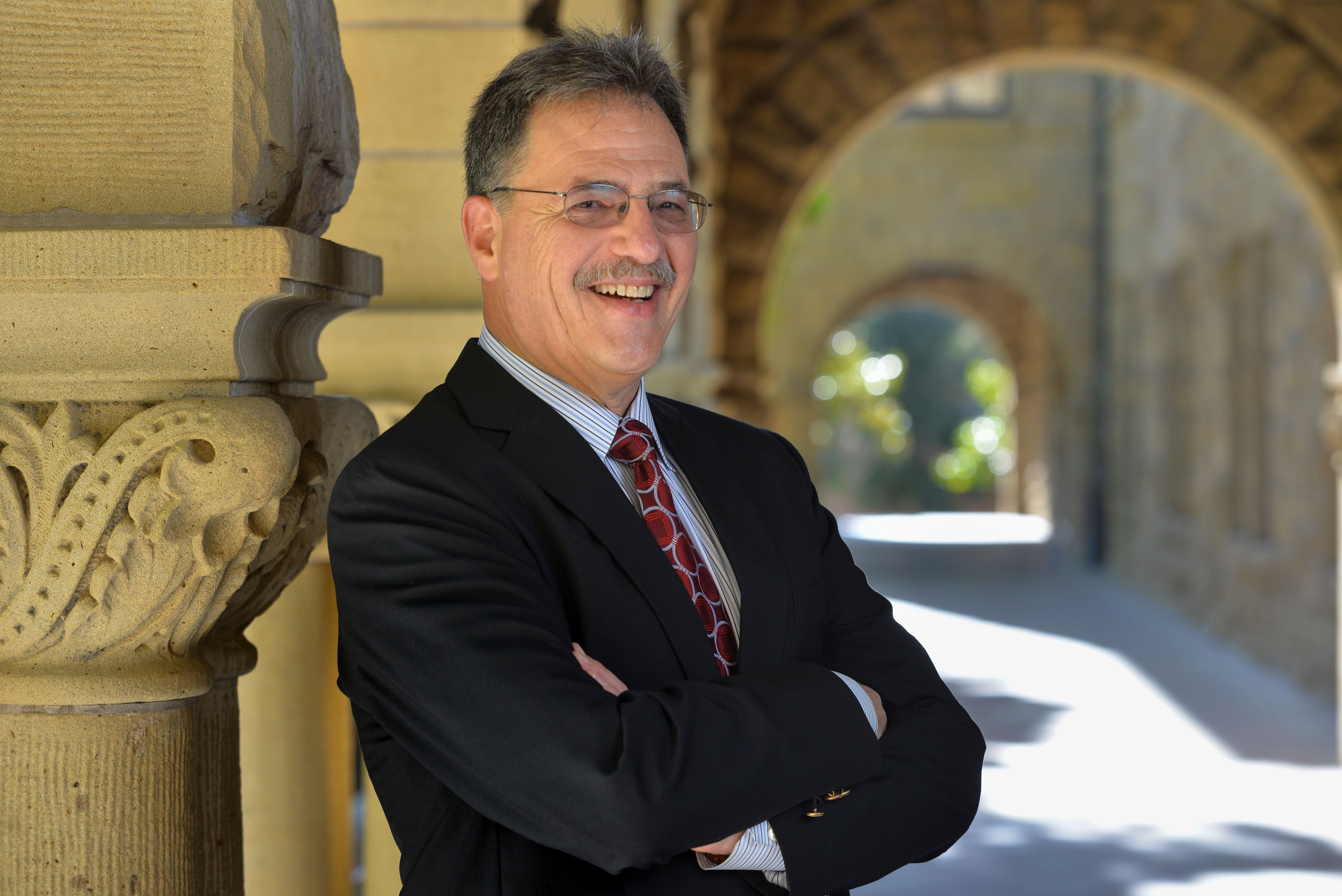 Larry Diamond is the William L. Clayton Senior Fellow at the Hoover Institution, the Mosbacher Senior Fellow in Global Democracy at the Freeman Spogli Institute for International Studies (FSI), and a Bass University Fellow in Undergraduate Education at Stanford University. He is also professor, by courtesy, of political science and sociology at Stanford. He co-chairs the Hoover Institution’s programs on China’s Global Sharp Power and on Taiwan in the Indo-Pacific Region.  At FSI, he leads the Program on Arab Reform and Democracy, based at the Center on Democracy, Development, and the Rule of Law, which he directed for more than six years.  He also co-leads (with Eileen Donahoe) the Global Digital Policy Incubator based at FSI’s Cyber Policy Center. He served from 1989-2021 as the founding coeditor of the Journal of Democracy and continues to serve as senior consultant to the National Endowment for Democracy. His research focuses on democratic trends and conditions around the world and on policies and reforms to defend and advance democracy. His latest edited book (with Orville Schell), China's Influence and American Interests (Hoover Press, 2019), urges a posture of constructive vigilance toward China’s global projection of “sharp power,” which it sees as a rising threat to democratic norms and institutions He offers a massive open online course (MOOC) on Comparative Democratic Development through the edX platform and is now writing a textbook to accompany it. Diamond’s book, Ill Winds: Saving Democracy from Russian Rage, Chinese Ambition, and American Complacency, analyzes the challenges confronting liberal democracy in the United States and around the world at this potential “hinge in history” and offers an agenda for strengthening and defending democracy at home and abroad. A paperback edition with a new preface was released by Penguin in April 2020. His other books include: In Search of Democracy (2016), The Spirit of Democracy (2008), Developing Democracy: Toward Consolidation (1999), Promoting Democracy in the 1990s (1995), and Class, Ethnicity, and Democracy in Nigeria (1989). He has also edited or coedited more than fifty books on democratic development around the world, including a forthcoming volume on the challenges confronting India’s democracy. During 2002–03, Diamond served as a consultant to the US Agency for International Development (USAID) and was a contributing author of its report, Foreign Aid in the National Interest. He has also advised and lectured to universities and think tanks around the world and to the World Bank, the United Nations, the State Department, and other governmental and nongovernmental agencies dealing with governance and development. During the first three months of 2004, Diamond served as a senior adviser on governance to the Coalition Provisional Authority in Baghdad. His 2005 book, Squandered Victory: The American Occupation and the Bungled Effort to Bring Democracy to Iraq, was one of the first books to critically analyze America's postwar engagement in Iraq. Among Diamond’s other edited books are Democracy in Decline?; Democratization and Authoritarianism in the Arab World; Will China Democratize?; and Liberation Technology: Social Media and the Struggle for Democracy, all edited with Marc F. Plattner; and Politics and Culture in Contemporary Iran, with Abbas Milani. With Juan J. Linz and Seymour Martin Lipset, he edited the series Democracy in Developing Countries, which helped to shape a new generation of comparative study of democratic development. 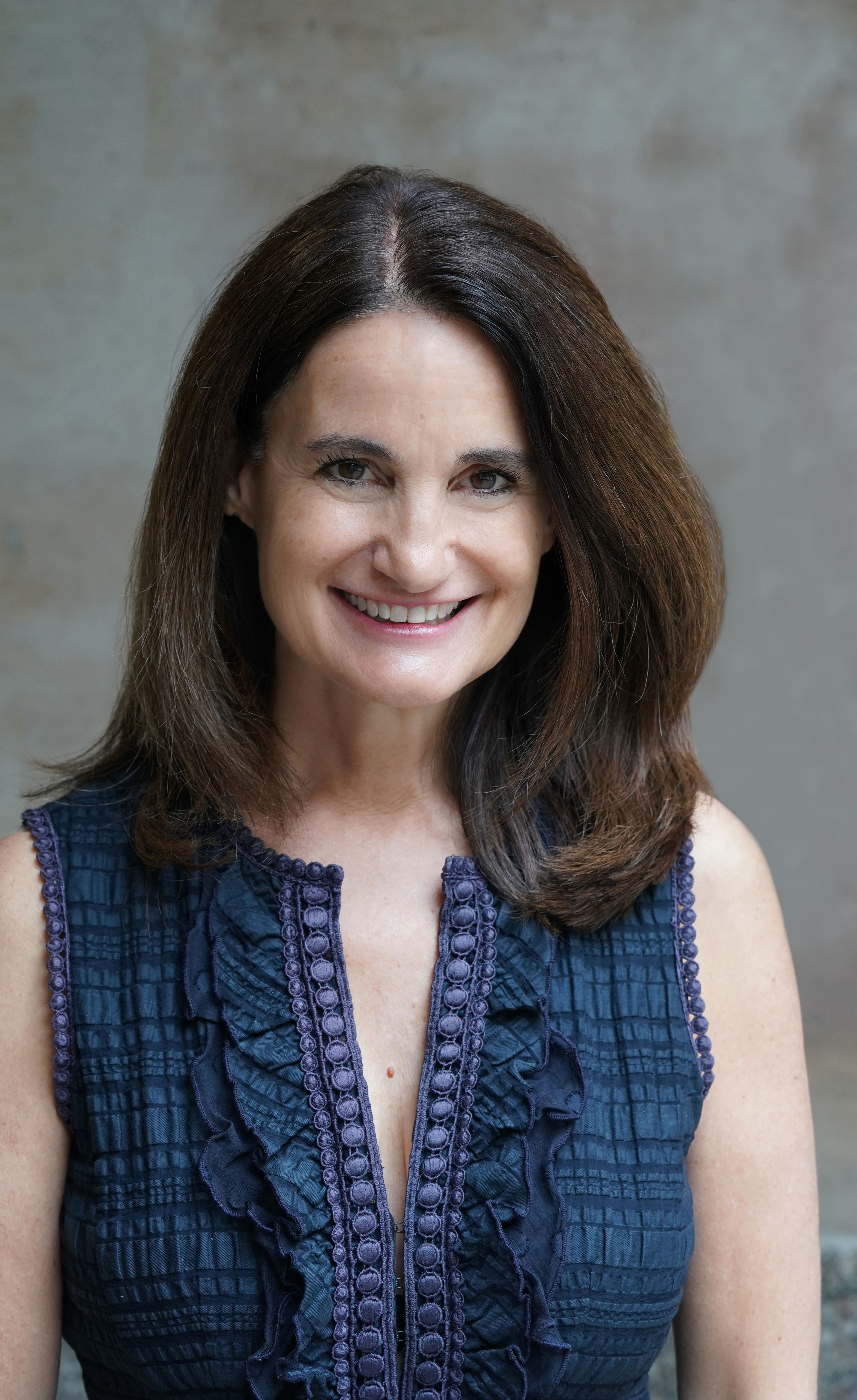 Elizabeth Economy is a senior fellow at the Hoover Institution at Stanford University and a senior fellow for China studies at the Council on Foreign Relations, where she previously served as the C.V. Starr senior fellow and director for Asia Studies for over a decade. Economy is currently on leave serving as a senior foreign advisor in the Department of Commerce for the current administration. Economy is an acclaimed author and expert on Chinese domestic and foreign policy. Her most recent book, The Third Revolution: Xi Jinping and the New Chinese State, (Oxford University Press, 2018; Thai edition, 2018; Chinese (Taiwan) edition, 2019) was shortlisted for the Lionel Gelber Prize, a prestigious literary award for foreign affairs books. She is also author of By All Means Necessary: How China's Resource Quest is Changing the World (Oxford University Press, 2014; Vietnamese, 2019) with Michael Levi, and The River Runs Black: The Environmental Challenge to China's Future (Cornell University Press, 2004; 2nd edition, 2010; Japanese edition, 2005; Chinese edition, 2011). The River Runs Black was named one of the top 50 sustainability books in 2008 by the University of Cambridge, won the 2005 International Convention on Asia Scholars Award for the best social sciences book published on Asia, and was listed as one of the top ten books of 2004 by the Globalist as well as one of the best business books of 2010 by Booz Allen Hamilton's strategy+business magazine. She also coedited China Joins the World: Progress and Prospects (Council on Foreign Relations Press, with Michel Oksenberg, 1999) and The Internationalization of Environmental Protection (Cambridge University Press, with Miranda Schreurs, 1997). She has published articles in foreign policy and scholarly journals including Foreign Affairs, Harvard Business Review, and Foreign Policy, and op-eds in the New York Times, the Washington Post, and the Wall Street Journal, among others. Economy is a frequent guest on nationally broadcast television and radio programs, has testified before Congress on numerous occasions, and regularly consults for U.S. government agencies and companies. She writes about topics involving China on CFR's Asia Program blog, Asia Unbound, which is syndicated by Forbes.com. In June 2018, Economy was named one of the "10 Names That Matter on China Policy" by Politico Magazine. Economy serves on the board of managers of Swarthmore College and the board of trustees of the Asia Foundation and the National Committee on U.S.-China Relations. She is a member of the Aspen Strategy Group. She was also on the advisory council of Network 20/20 and the science advisory council of the Stockholm Environment Forum. She served as a member of the World Economic Forum (WEF)’s Global Agenda Council on the United States from 2014 to 2016 and served as a member and then vice chair of WEF’s Global Agenda Council on the Future of China from 2008 to 2014. Economy also served on the board of the China-U.S. Center for Sustainable Development. She has taught undergraduate and graduate level courses at Columbia University, Johns Hopkins University's Paul H. Nitze School of Advanced International Studies, and the University of Washington's Jackson School of International Studies. Economy received her BA with honors from Swarthmore College, her AM from Stanford University, and her PhD from the University of Michigan. In 2008, she received an honorary doctor of laws degree from Vermont Law School. She lives in New York City with her husband and three children. 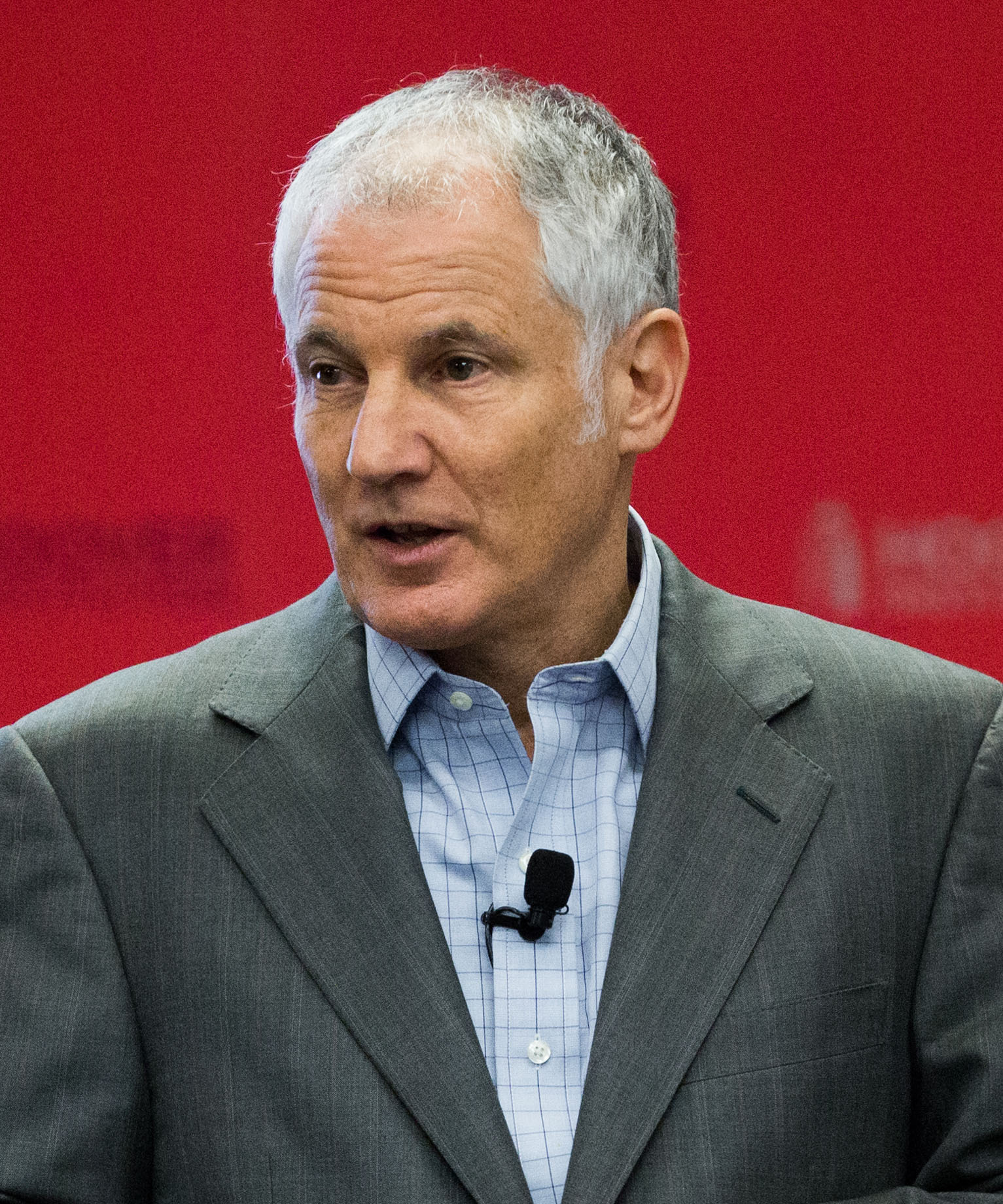 In addition to his Hoover fellowship, Stephen Kotkin is a senior fellow at Stanford’s Freeman Spogli Institute for International Studies. He is also the Birkelund Professor in History and International Affairs emeritus at the Princeton School of Public and International Affairs (formerly the Woodrow Wilson School), where he taught for 33 years. He earned his PhD at the University of California–Berkeley and has been conducting research in the Hoover Library & Archives for more than three decades. Kotkin’s research encompasses geopolitics and authoritarian regimes in history and in the present. His publications include Stalin: Waiting for Hitler, 1929–1941 (Penguin, 2017) and Stalin: Paradoxes of Power, 1878–1928 (Penguin, 2014), two parts of a planned three-volume history of Russian power in the world and of Stalin’s power in Russia. He has also written a history of the Stalin system’s rise from a street-level perspective, Magnetic Mountain: Stalinism as a Civilization (University of California 1995); and a trilogy analyzing Communism’s demise, of which two volumes have appeared thus far: Armageddon Averted: The Soviet Collapse 1970–2000 (Oxford, 2001; rev. ed. 2008) and Uncivil Society: 1989 and the Implosion of the Communist Establishment, with a contribution by Jan T. Gross (Modern Library, 2009). The third volume will be on the Soviet Union in the third world and Afghanistan. Kotkin’s publications and public lectures also often focus on Communist China. Kotkin has participated in numerous events of the National Intelligence Council, among other government bodies, and is a consultant in geopolitical risk to Conexus Financial and Mizuho Americas. He served as the lead book reviewer for the New York Times Sunday Business Section for a number of years and continues to write reviews and essays for Foreign Affairs, the Times Literary Supplement, and the Wall Street Journal, among other venues. He has been an American Council of Learned Societies Fellow, a National Endowment for the Humanities Fellow, and a Guggenheim Fellow. 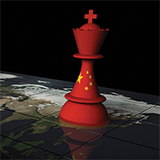 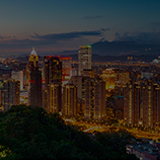