Answers to why the US-Russia relationship seems to be at a dangerous low these days can be found in a new book by Stanford scholar Michael McFaul. Friday, April 13, 2018 3 min read 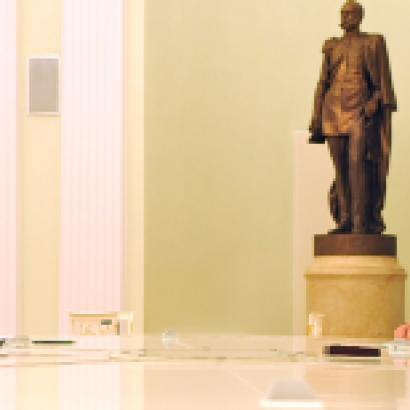 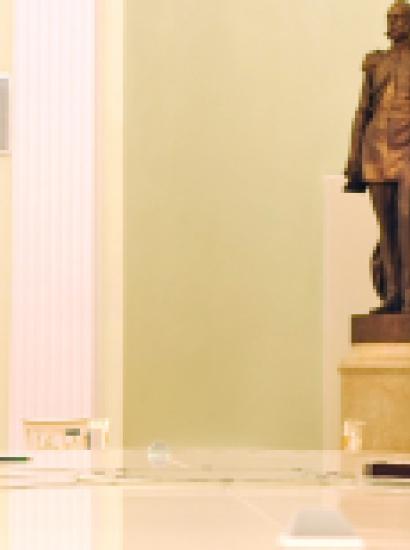 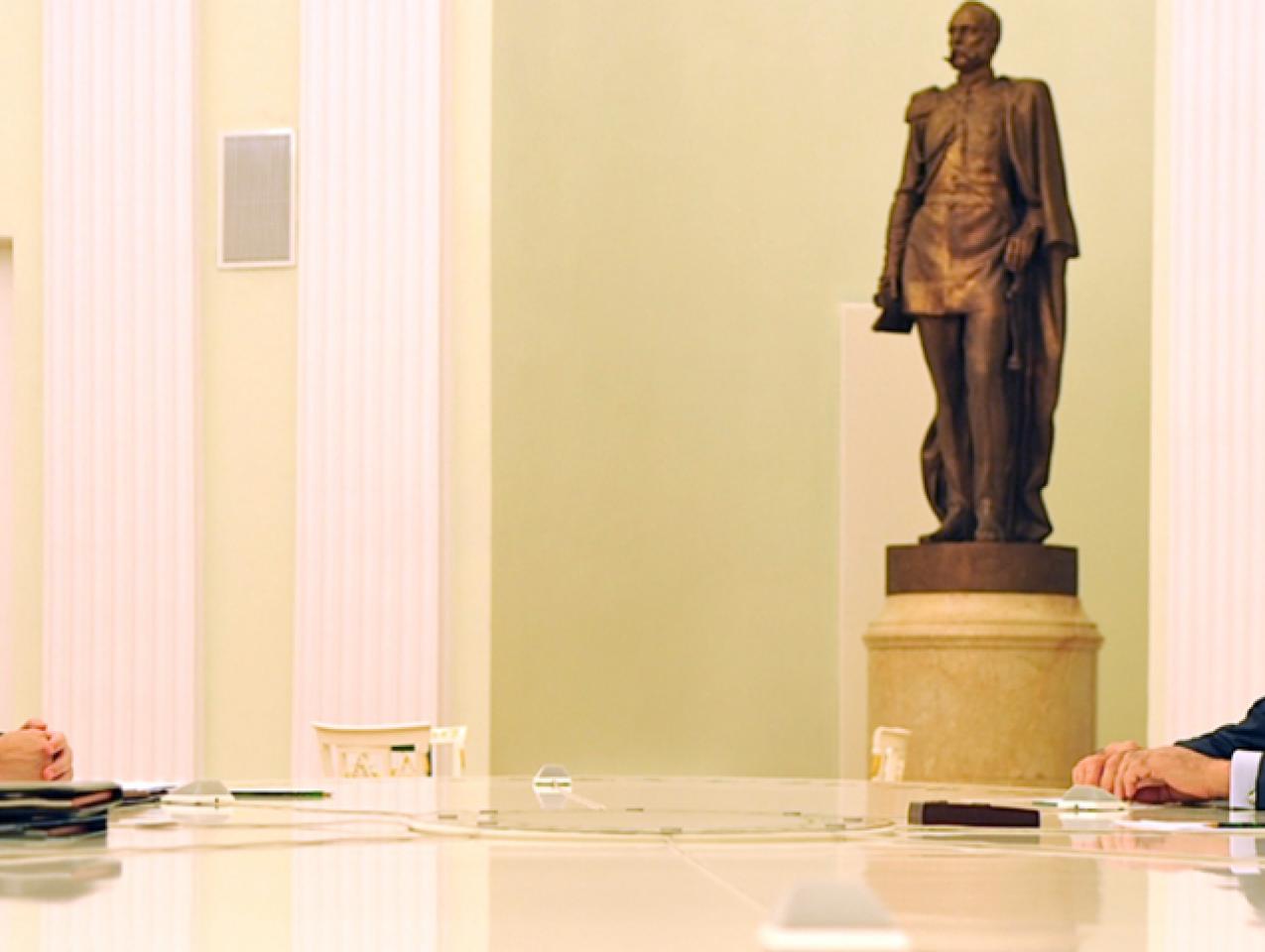 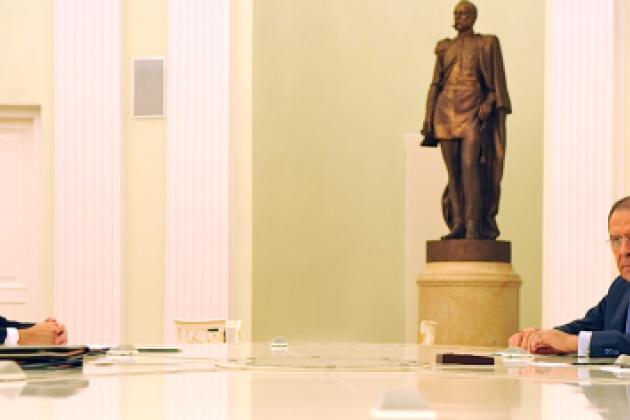 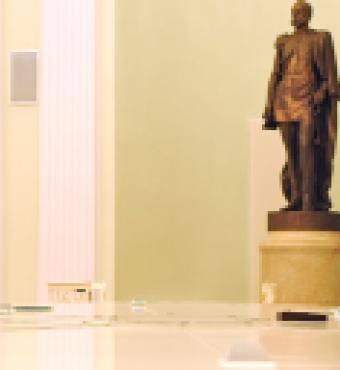 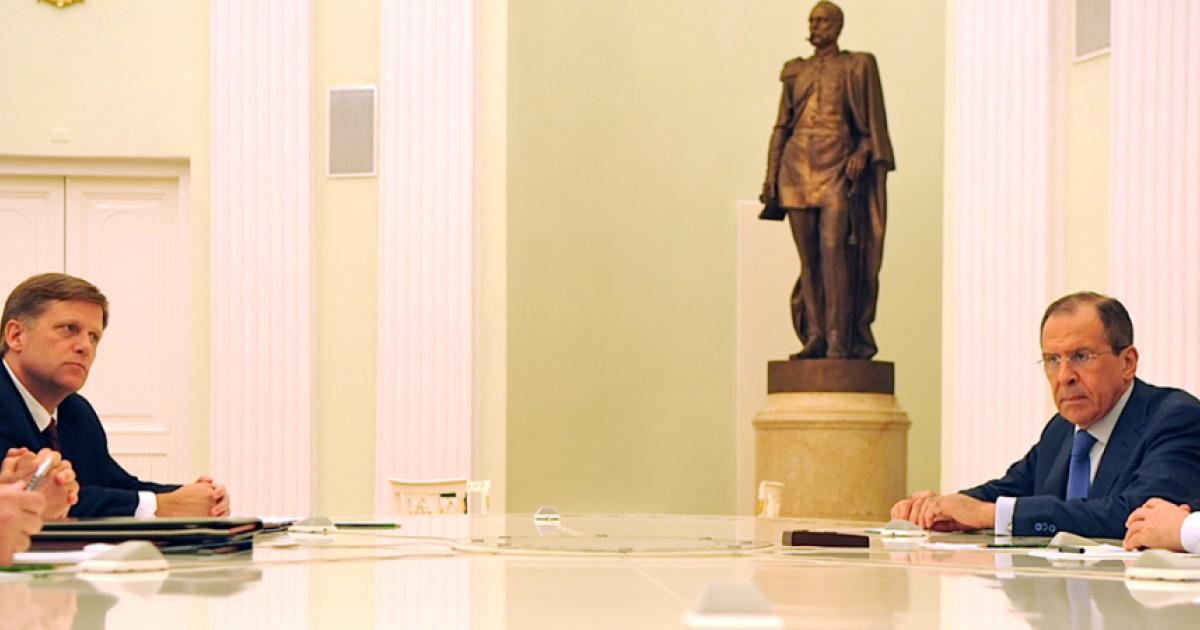 Answers to why the US-Russia relationship seems to be at a dangerous low these days can be found in a new book by Stanford scholar Michael McFaul.

McFaul’s new book, From Cold War to Hot Peace: An American Ambassador in Putin’s Russia, illuminates this geopolitical impasse as he reflects on his career as the Obama administration’s ambassador to Russia and his service on the National Security Council.

“From my days as a high school debater in Bozeman, Montana, in 1979 to my years as ambassador to Russia ending in 2014, I had argued that closer relations with Moscow served American national interests,” wrote McFaul, a senior fellow at the Hoover Institution and the director of the Freeman Spogli Institute for International Studies.

As a student at Stanford, McFaul, AB/AM ’86, took Russian language classes and traveled to what Ronald Reagan dubbed “the evil empire” in the summer of 1983 to attend a summer language program at Leningrad State University.

“When the Soviet Union collapsed in 1991, I again packed my bags and moved to Russia to help support market and democratic reforms there, believing that those changes would help bring our two countries closer together,” wrote McFaul, a political scientist.

In 2009, he went to work for President Obama at the National Security Council, and in 2012 he became the US ambassador to Russia, where he noted that he felt “animated by the belief that a more cooperative relationship served American national interests.”

McFaul was positive about a healthier US-Russia relationship as he began his duties in Moscow. In fact, he helped craft the US policy known as “reset,” which advocated a new and unprecedented collaboration between the longtime adversaries.

But that did not last for very long, said McFaul.

When McFaul began his ambassadorship, the Russian government took measures to discredit and undermine him. The tactics included dispatching protesters to his place of residence; slandering him on state media; and closely surveilling McFaul, his staff, and even family.

A particularly tense time for McFaul was during the Arab Spring in 2011, which saw the fall of several Middle Eastern autocrats and the Obama administration’s embrace of a seemingly democratic swell throughout the region. Russia’s then-Prime Minister Vladimir Putin found the US support for democracy in the Arab world— especially McFaul’s enthusiasm— as a threat to his own political system in Russia, according to McFaul. Putin possessed an entirely different view of “regime change” and US efforts to foster democracy.

In 2012, McFaul was appointed the US ambassador to Russia. He looked forward to the new challenge—but it was troubled from the beginning. The Russian government, led by President Putin after a power shift, was deeply influenced by foreign minister Sergey Lavrov, McFaul said. They were both very suspicious of the US, and McFaul believed they saw him as the enemy due to his support of democracy and human rights.

“I left Washington as Mr. Reset. I landed in Moscow as Mr. Revolutionary,” he wrote.

In December 2011 Putin’s party, United Russia, performed poorly in the parliamentary elections. Barely staying in power, it won only 49.3 percent of the vote— a significant drop from the 64.3 percent it had garnered four years earlier. Given its prior popularity, failing to win a majority of the popular vote represented a major setback for the ruling party. Serious allegations of election fraud on behalf of Putin’s party in 2011 soon dominated Russian media.

Russians, many of them young and connected by social media, took to the streets to protest the election. McFaul said that Putin’s first reaction to the demonstrators was anger and a sense of betrayal. “In his mind, he had made these young professionals rich, and now they had turned against him,” wrote McFaul.

Putin’s second reaction was fear. “He and his team were surprised by the size of the protests. Never before had so many Russians demonstrated against his rule. The message from the streets quickly turned radical, starting with outrage against falsification, but morphing into demands for the end of Putin’s regime,” wrote McFaul.

Putin, bedeviled by continuing demonstrations, seemed to believe the US was orchestrating the protests.

As a result, in 2014 McFaul announced he was stepping down and returning to the United States following the Winter Olympics in Sochi.

In his book, McFaul paints a sobering picture of the US-Russia relationship.

“To win reelection in 2012 and marginalize his domestic opponents, Putin needed the United States as an enemy again. He rejected deeper cooperation with us,” wrote McFaul. “As a result, our administration pivoted to a more confrontational policy after President Putin had rebuffed our attempts to engage with him.”

The United States, for its part, slowed down discussions about missile defense, enacted the Magnitsky Act to punish Russian officials responsible for the wrongful death of Russian lawyer Sergey Magnitsky, canceled the Moscow summit in 2013 and continued to criticize Putin’s autocratic tendencies, among other measures.

With the issue of Russian meddling in the 2016 US election dominating news narratives in America and continued aggression by Russia, which was recently blamed for the nerve agent attack of a Russian spy in London, prospects for a healthy US-Russia relationship seems bleak, said McFaul.

Despite his journey through dark times in Russia, McFaul still remains optimistic about the “long game” of US-Russia relations.

“I am still convinced that Russia will one day consolidate democracy and that the United States and Russia will be allies. I just do not know when that ‘one day’ will come,” he wrote.