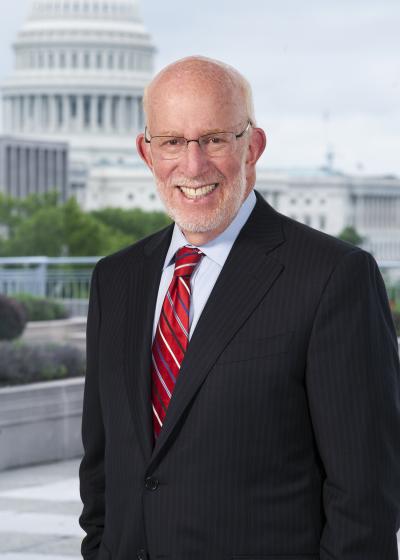 Ginsberg’s representations have ranged across a variety of election law and regulatory issues, including voting issues and elections, federal and state campaign finance laws, recounts and contests, government investigations, election administration, and redistricting. He served as cochair of the bipartisan Presidential Commission on Election Administration, which produced a much-lauded report on best practices and recommendations for state and local officials to make US elections run better.

His academic background includes being a lecturer in law at Stanford Law School, an adjunct professor at the Georgetown University Law Center, and a fellow at the Harvard Institute of Politics. Currently a CNN contributor, he appears frequently on television as an on-air commentator about politics and the law and has written numerous articles on US politics.

He served as national counsel to the 2000 and 2004 Bush-Cheney presidential campaigns and played a central role in the 2000 Florida recount. In 2012 and 2008, he served as national counsel to the Romney for President campaign. He has represented the campaigns and leadership PACs of numerous members of the Senate and House as well as national party committees, governors, and state officials. He was a partner at Jones Day from 2014 to 2020 and, before that, at Patton Boggs for 23 years.

Prior to entering law school, Ginsberg spent five years as a newspaper reporter at the Boston Globe, the Philadelphia Evening Bulletin, the Berkshire Eagle (Massachusetts), and the Riverside Press-Enterprise (California).