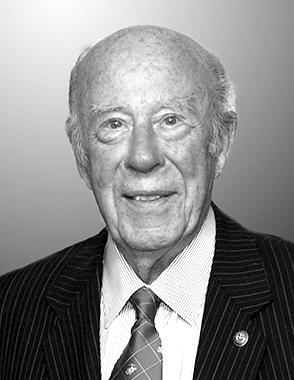 Shultz was the Thomas W. and Susan B. Ford Distinguished Fellow at the Hoover Institution. He had a distinguished career in government, in academia, and in the world of business. Shultz was one of two individuals who have held four different federal cabinet posts; he  taught at three of this country’s great universities; and for eight years he was president of a major engineering and construction company.

Shultz was born in New York City on December 13, 1920, and grew up in Englewood, New Jersey. He attended Princeton University, graduating in 1942 with a BA in economics. Shortly after graduation, he enlisted in the US Marine Corps and served through 1945. He then resumed his studies, this time at the Massachusetts Institute of Technology (MIT), where he earned a PhD in industrial economics in 1949. From 1948 to 1957 he taught at MIT, taking a leave of absence in 1955 to serve as a senior staff economist on President Eisenhower’s Council of Economic Advisers.

In 1957, Shultz joined the faculty of the University of Chicago’s Graduate School of Business as a professor of industrial relations. He was named dean five years later. From 1968 to 1969 he was a fellow at the Center for Advanced Study in the Behavioral Sciences at Stanford University. He returned to government when he was appointed secretary of labor by President Nixon in 1969. In June 1970, he became the first director of the newly formed Office of Management and Budget. In May 1972, he was named secretary of the Treasury, a post he held for two years. During this period, Shultz also served as chairman of the Council on Economic Policy, negotiated a series of trade protocols with the Soviet Union, and represented the United States at the Tokyo meeting on the General Agreement on Tariffs and Trade.

Shultz left government service in 1974 to become president and director of the Bechtel Group, where he remained until 1982. While at Bechtel, he maintained close ties with the academic world by joining the faculty of Stanford University.

Shultz held two key positions in the Reagan administration: chairman of the President’s Economic Policy Advisory Board (1981–82) and secretary of state (1982–89). As secretary of state, he played a key role in implementing a foreign policy that led to the successful conclusion of the Cold War and the development of strong relationships between the United States and the countries of the Asia-Pacific region including China, Japan, and the Association of Southeast Asian Nations.

After leaving office, Shultz rejoined the Bechtel Group as director and senior counselor. He also rejoined Stanford as professor of international economics at the Graduate School of Business and as a distinguished fellow at the Hoover Institution. In 2001, Shultz was named the Thomas W. and Susan B. Ford Distinguished Fellow at the Hoover Institution.

In January 1989, Shultz was awarded the Medal of Freedom, the nation’s highest civilian honor. He is also a recipient of the Seoul Peace Prize (1992), the West Point Sylvanus Thayer Award (1992), the Eisenhower Medal for Leadership and Service (2001), the Reagan Distinguished American Award (2002), and the Association for Diplomatic Studies and Training’s Ralph Bunche Award for Diplomatic Excellence (2002). Other honors awarded in 2002 include the Elliot Richardson Prize for Excellence and Integrity in Public Service, the James H. Doolittle Award, and the John Witherspoon Medal for Distinguished Statesmanship. The George Shultz National Foreign Affairs Training Center in Arlington, Virginia, was dedicated in a ceremony on May 29, 2002. Shultz was named a distinguished fellow of the American Economic Association in 2005 and received the American Spirit Award from the National World War II Museum in 2006. In 2007, he received the George Marshall Award from the United States Agency for International Development and the Truman Medal for Economic Policy. He received the Rumford Prize from the American Academy of Arts and Sciences in 2008 and the Commandant’s Leadership Award from the Marine Corps–Law Enforcement Foundation in 2009. In 2011, he received the Congressional Medal of Honor Society’s Distinguished Citizen Award and the first Economic Club of New York Award for Leadership Excellence. In 2012, he was presented with a Democracy Service Medal by the National Endowment for Democracy and received the Henry A. Kissinger Prize at the American Academy in Berlin. The Ronald Reagan Presidential Foundation dedicated the Global Issues and Reagan-Gorbachev Summits Galleries in his honor in June 2012.

Shultz’s publications include Thinking about the Future (Hoover Institution Press, June 2019); Learning from Experience (Hoover Institution Press, October 2016); Issues on My Mind: Strategies for the Future (Hoover Institution Press, 2013); The Nuclear Enterprise: High-Consequence Accidents: How to Enhance Safety and Minimize Risks in Nuclear Weapons and Reactors (Hoover Institution Press, 2012), coedited with Sidney Drell; Ideas & Action: Featuring 10 Commandments for Negotiations (2010); Ending Government Bailouts as We Know Them (Hoover Institution Press 2010), coedited with Kenneth E. Scott and John Taylor; Putting Our House in Order: A Citizen’s Guide to Social Security and Health Care Reform, with John B. Shoven (2008); Turmoil and Triumph: My Years as Secretary of State (1993); Economic Policy beyond the Headlines, with Kenneth Dam (1977); Workers and Wages in the Urban Labor Market, with Albert Rees (1970); Guidelines, Informal Controls, and the Marketplace, with Robert Aliber (1966); Strategies for the Displaced Worker: Confronting Economic Change, with Arnold Weber (1966); Management Organization and the Computer, with Thomas Whisler (eds.) (1960); Labor Problems: Cases and Readings, with John Coleman (1959); The Dynamics of a Labor Market, with Charles Myers (1951); Pressures on Wage Decisions (1951); "Case Study No. 10," with Robert P. Crisara, in Causes of Industrial Peace under Collective Bargaining (1951); and "Case Study No. 7," with Charles A. Myers, in Causes of Industrial Peace under Collective Bargaining (1950).

A Celebration of the Singular Legacy and Lasting Impact of George P. Shultz at 100

George Pratt Shultz has had a distinguished career in government, in academia, and in the world of business. He is one of two individuals who have held four different federal cabinet posts; he has taught at three of this country’s great universities; and for eight years he was president of a major engineering and construction company. Hear from friends and colleagues in testimony to the singular legacy of George P. Shultz at 100. 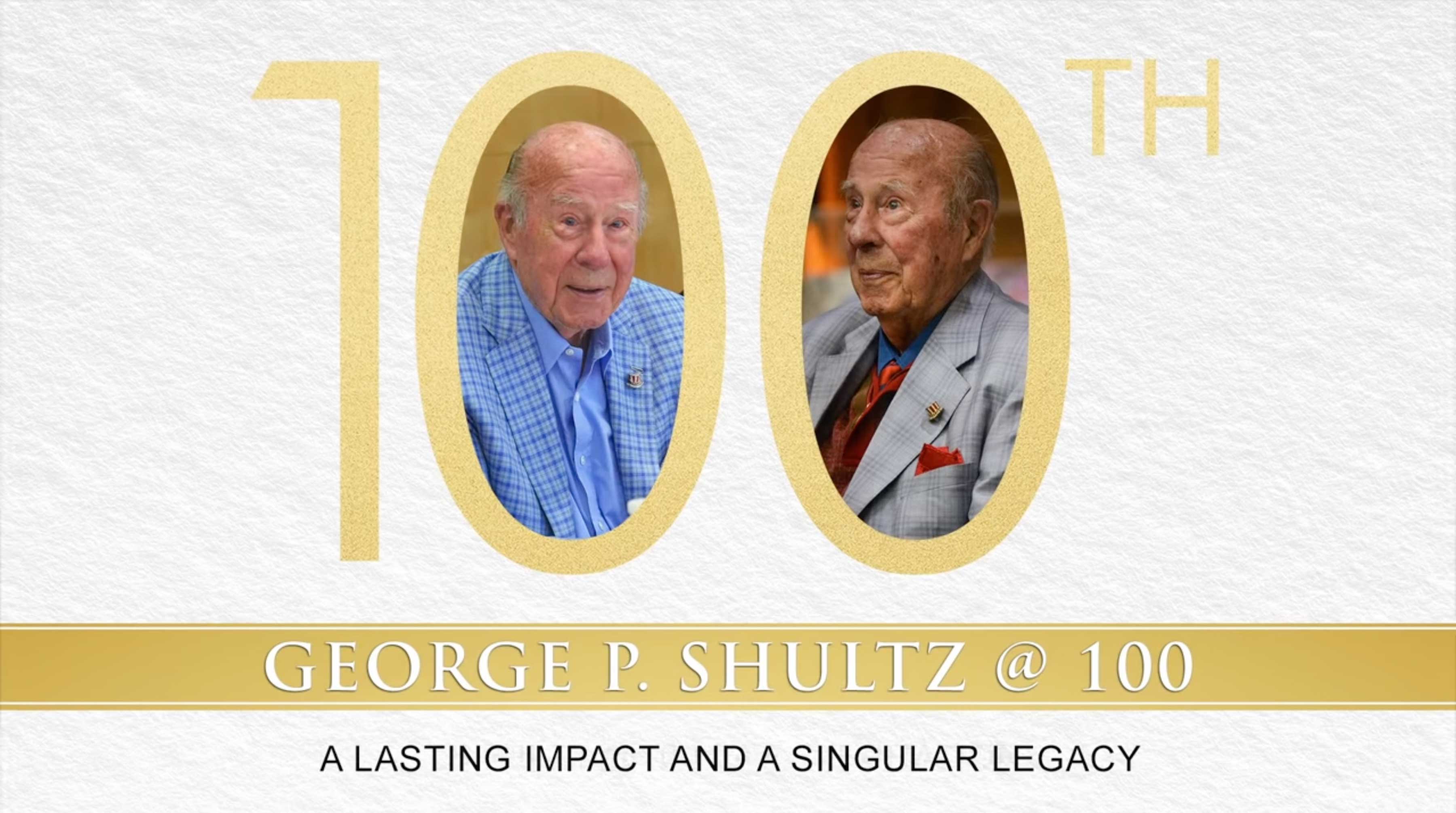 Thinking about the Future
Learn More