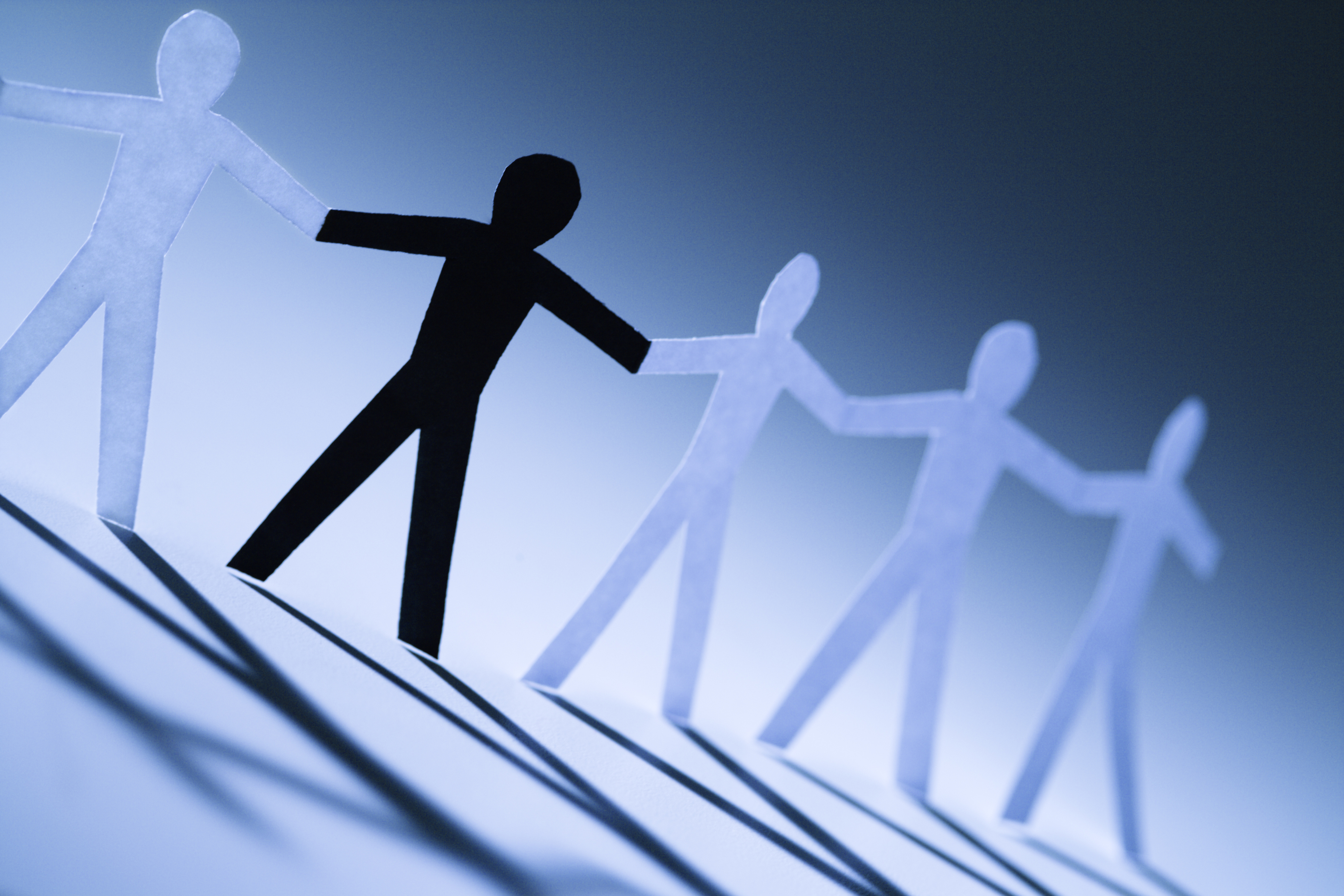 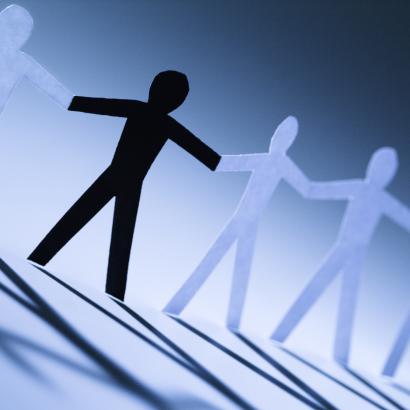 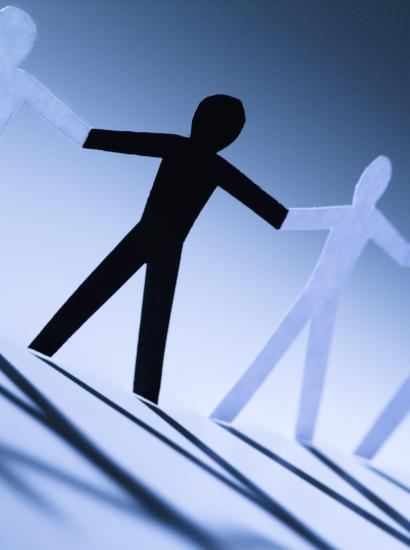 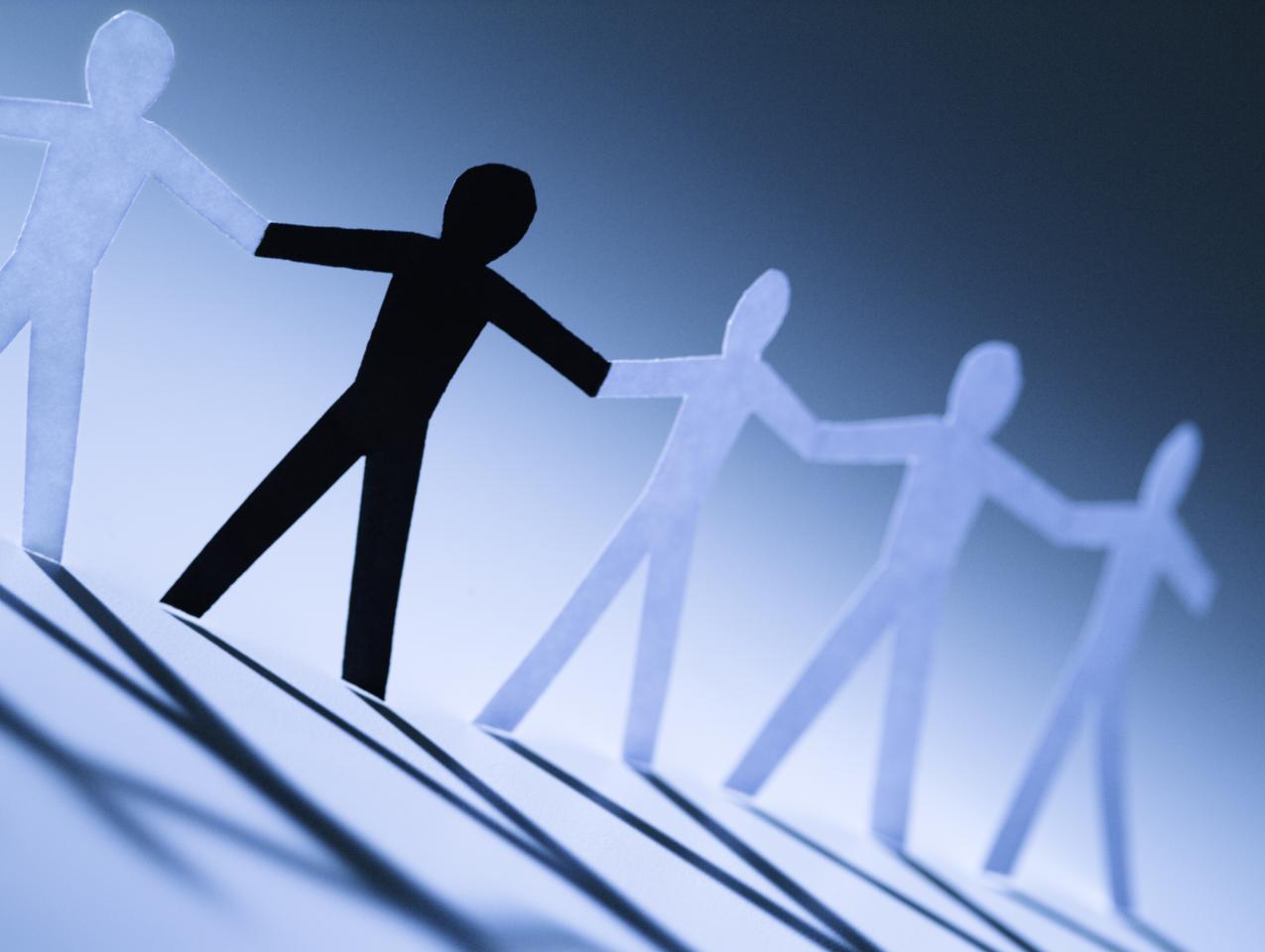 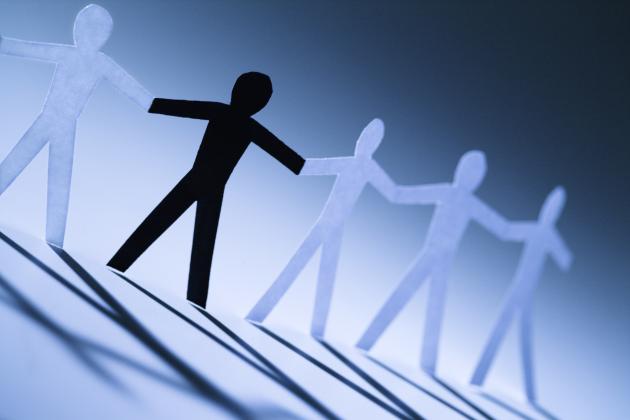 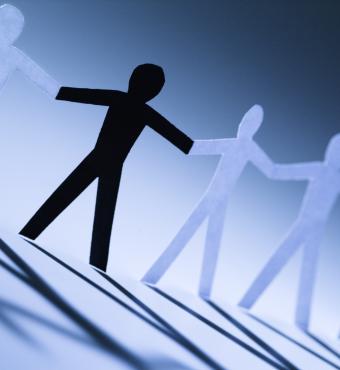 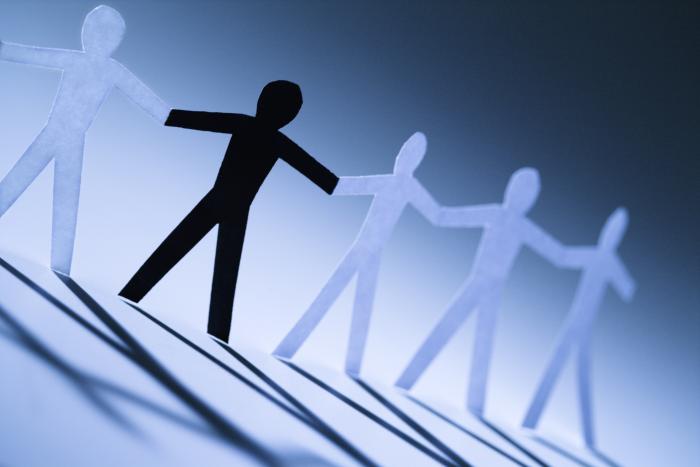 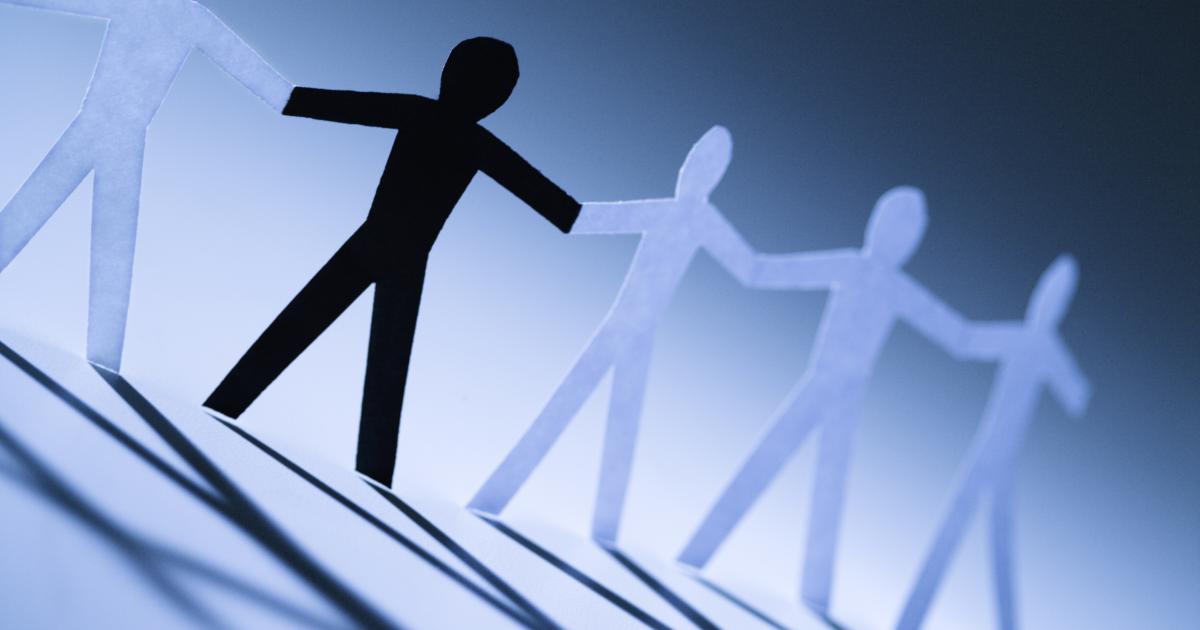 But then again, the system hasn’t had a banner year in decades, as it has failed millions of children along the way.

Politicians and teachers’ unions have hid these failures as much as possible, and when confronted with the Golden State’s poor education performance statistics, have blamed these failures on everything from 1978’s Proposition 13, which limited property tax increases, to racism. In other words: anything but themselves.

This year, however, the pandemic took the wraps off some chronically failing aspects of the system, particularly unions that pay lip service to student learning, but who make decisions that significantly depress the quality of K–12 education. These are decisions that quite literally damn some students to a life with little to no chance of competing for careers that they dream of. And now that these failures are more widely known, there is hope that Californians may respond and let policy makers know that they demand better.

The most obvious failure has been unions’ decisions to keep schools shuttered. This decision is not just a California failure, but California is among the worst among the states, ranking 49th in the country in terms of K–12 public school reopenings. It has been known for months that COVID-19 poses extremely little risk to children (the flu is much more deadly for kids, and we don’t lock down schools during flu season) and kids are very unlikely to spread the disease to others even if they are carrying the virus.

A sensible alternative to school lockdowns would have been a hybrid learning model in which low-risk students, faculty, and staff return to classrooms with proper ventilation and personal protection equipment. No state is better equipped for this than California, which has mild outdoor temperatures in many parts of the state year-round and which can thus utilize outdoor spaces for teaching. At a time when businesses and families were finding ways to cope with the pandemic, schools were remarkably quiet, lacking the activity generated by an organization working hard to adapt to the conditions around them. Instead, there were more locked fences than there were school employees reimagining how to modify their schools to deal with COVID-19.

What California kids have been receiving since March 2020 is “Zoom school,” which has led to learning declines and sharp increases in emotional health problems. Mental health-related emergency room cases increased 24 percent for five- to eleven-year-olds and 31 percent for twelve- to seventeen-year-olds since the pandemic began, as children struggle with isolation and impersonal learning. Math test scores have decreased by as much as 10 percent in year-over-year comparisons.

Months ago, the federal Centers for Disease Control and Prevention (CDC) stated that schools could safely reopen, provided masking, social distancing, and proper ventilation were applied. But despite the CDC’s recommendation, California’s major teachers’ unions are not cooperating much. Consequently, California, as previously mentioned, is next-to-last in the nation for school reopenings (here’s a national tracker of the fifty states).

What have unions wanted in order to reopen? They have been demanding that parents of school children, irrespective of their age and risk factors, and those living within the households of those working in schools be vaccinated at the same time as teachers. Managing public health seems to go beyond the scope of a labor union, yes? Not in this case.

There are also union demands for more money for them and for many other things—lots of things, including:

How underfunded are California schools? Adding in spending on teacher pensions, which is deferred compensation, and capitalizing state education bond financing payments, California K–12 spending per-pupil amounts to over $400,000 per year for a classroom with twenty students.

Will schools open in the fall? “Hopeful” is the adjective that is used frequently when addressing this question. California Governor Gavin Newsom has been understandably frustrated with the unions’ response. But Newsom is facing a recall, and even in the best of circumstances, a Democratic governor playing hardball with California teachers’ unions could be facing political suicide as these unions are among the most powerful lobbyists in the state and are among the biggest political donors to the state’s Democratic Party. So all children and parents can do is to keep their fingers crossed through the summer and remain “hopeful.”

And what has the K–12 education system been busying itself with since schools have been shuttered? Well, they haven’t exactly been moving the needle on trying to improve learning outcomes for California children, which are as low as 10 to 20 percent proficiency in grade level mathematics for Black and Hispanic children. Since mathematics and its subdisciplines of engineering and computer science build sequentially on its foundations, you can imagine that these kids will never have a chance at STEM careers.

Instead of focusing on learning outcomes, unions somehow have inserted themselves into Middle Eastern politics by writing resolutions condemning Israel in its latest conflict with Hamas, which lobbed  thirty-six missiles into Israel from the Gaza Strip in late April. This aggression led, not surprisingly, to rockets being launched from Israel into the Gaza Strip, where Hamas is located.

Chapter heads of the United Teachers of Los Angeles, the second largest school teachers’ union in the country, voted to support a resolution that explicitly calls for support for the Boycott, Divestment, and Sanctions (BDS) movement against Israel and an end to all US financial support for Israel. The reason? Because Israel defended itself against those thirty-six missiles that were launched by a terrorist organization that vows to destroy Israel and reject any negotiated peace settlement between Israel and the Palestinians. Not to be outdone, the United Educators of San Francisco did the same thing.

Unions are not the only ones within California’s K–12 system going off the rails. The state’s Department of Education (CDE) has been trying to create an ethnic studies curriculum for four years and voted to adopt the fourth draft, after three failures and more than 100,000 objections.

The reason for so many objections? The curriculum continues to be founded on critical race theory (CRT), which is the view that our legal, economic, and social institutions are inherently racist and are exploited by some Whites to retain their dominance by oppressing and marginalizing others. This includes the idea that capitalism was founded on slavery and that capitalism continues to be oppressive and is an important part of the White supremacist’s tool kit.

This theory is flat-out rejected by the fact that people of Asian descent—who are classified as “people of color” and who have experienced enormous discrimination—now have higher incomes and higher school achievement than Whites, all of this achieved within a capitalist society. Nowhere will you find this inconvenient fact mentioned within the CRT literature, nor will you find that assaults against Asians are most often perpetrated by people of color.

The CDE is captured by those with a vested interest in CRT, despite so many Californians believing that this is not in the best interest of their children. In choosing to vote unanimously for the fourth version of the curriculum, the CDE has accepted a model curriculum with inaccuracies and omissions, as well as themes that will push students away from their own individualities and into group-think that focuses on oppression and marginalization as the primary ills of today’s society.

This passage from the opening paragraph says it all: “This coursework, through its overarching study of the process and impact of the marginalization resulting from systems of power, is relevant and important for students of all backgrounds.”

We should teach students world and American history honestly, openly, and with the opportunity for students to engage and understand the past with the hope that we will continue to do better, treating each other as the individuals that we are. We have had many successes in this enterprise, as no matter how flawed today’s world is, it is more democratic, civil, and peaceful than in the past. And the economic success that people of color achieve in the United States is the envy of the rest of the world.

But California’s ethnic studies curriculum differs sharply from this vision. Some of the major principles of the curriculum are “critiquing empire-building and its relationship to white supremacy, racism, and other forms of power and oppression” and “challenging racist, bigoted, discriminatory, imperialist/colonial beliefs and practices on multiple levels.”

There is no better investment that California can make than in our children’s education. Pay the best teachers well instead of paying based on seniority. Implement innovative teaching methods and media so that children become excited about learning and can achieve at much higher levels. Incentivize school leaders to create better performing schools. But we will continue to fail the most vulnerable children if we pretend that the world’s fortunes and failures are built on a house of racist cards and that school teachers’ unions should dictate when schools can reopen.

We can and must do better than this.

Lee Ohanian, a Hoover Institution senior fellow and UCLA professor of economics, is a regular contributor to Hoover’s California on Your Mind web channel.