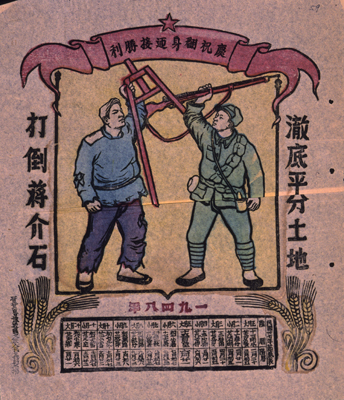 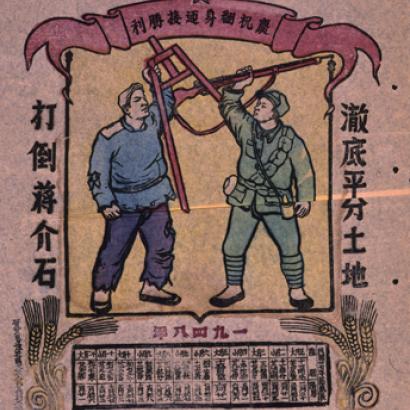 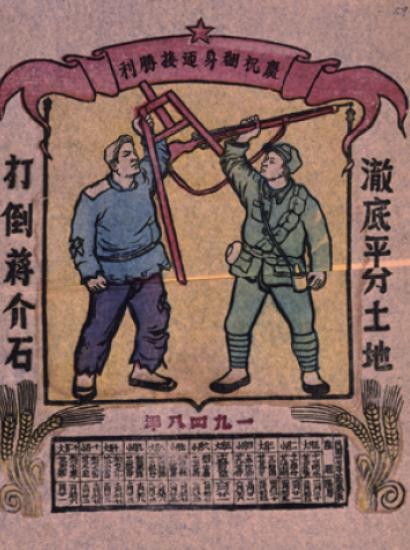 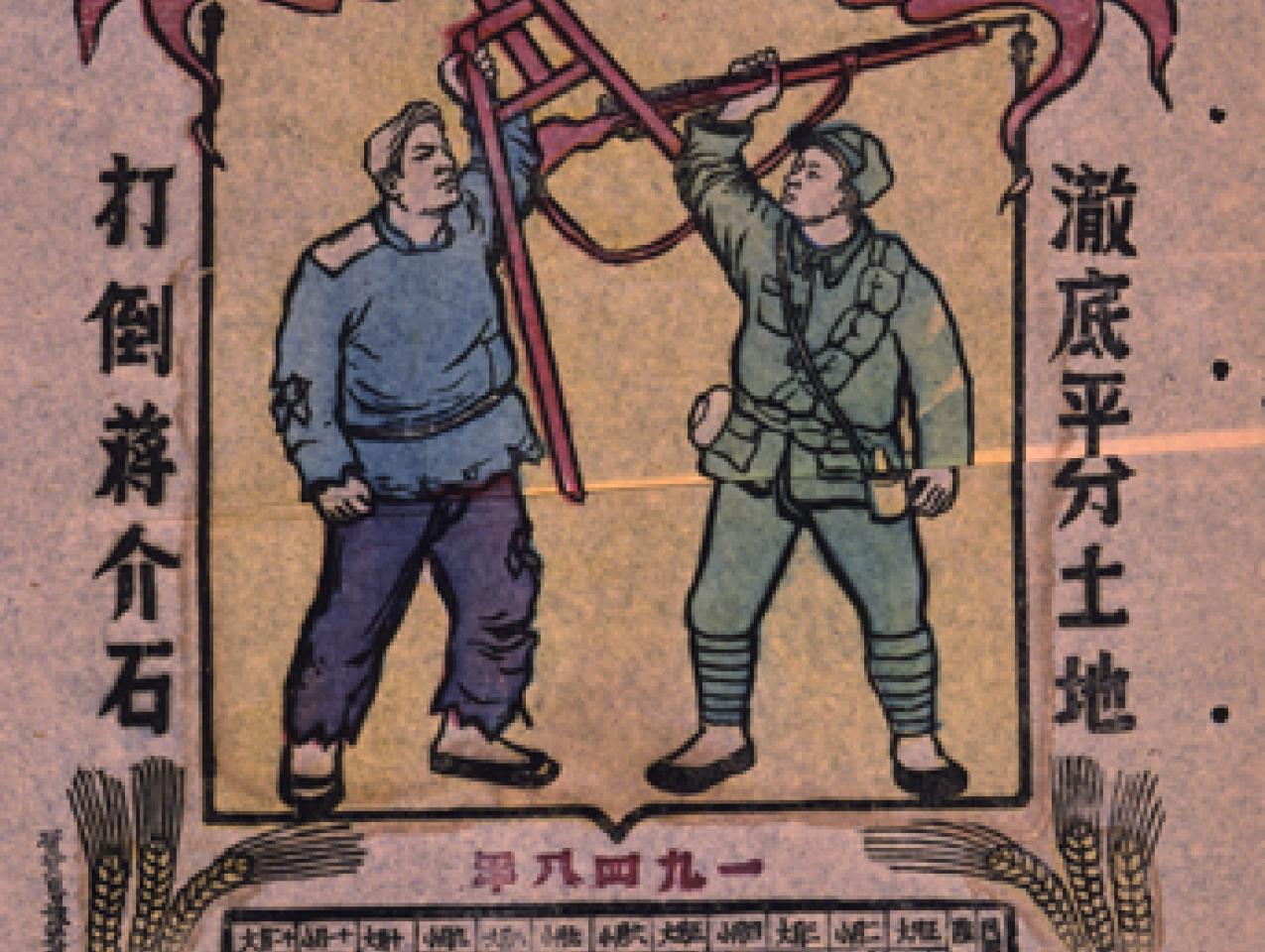 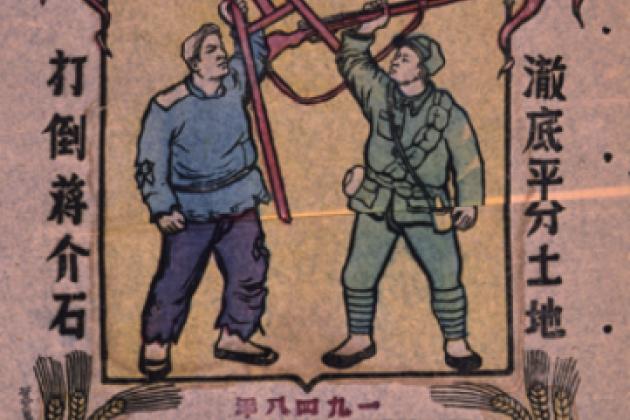 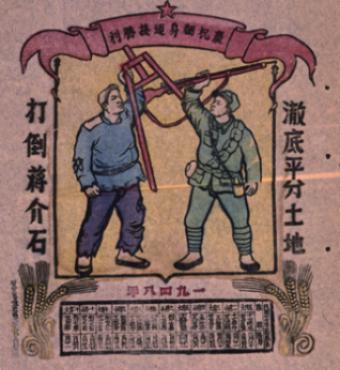 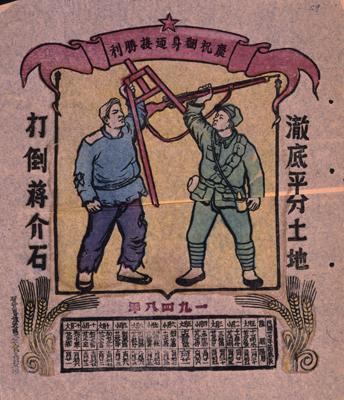 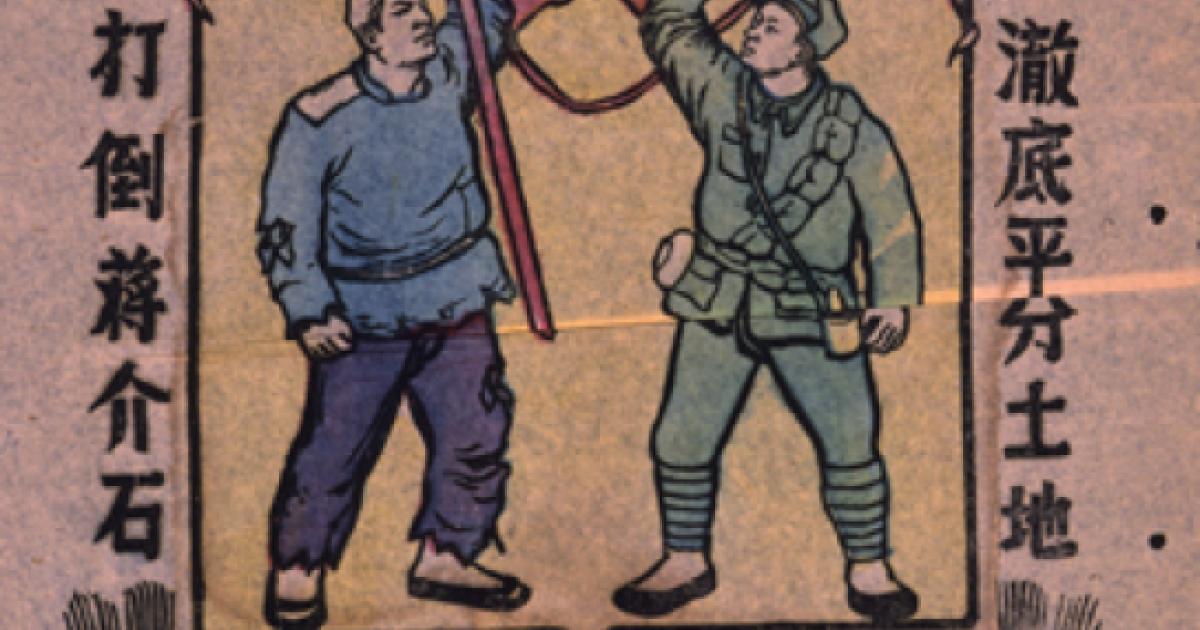 The logic of strategy and all that comes from it, including the idea of the “balance of power,” for example, is inherently universal, transcendental, and timeless, but each clan, tribe, nation, and state has its own peculiar political constructs—that is why seemingly homogeneous systems, for example parliamentary democracy, function in ways so radically different from country to country.

Equally, the elemental sense of the centrality of any polity takes very different forms, ranging from the quiet certitudes of the Kingdom of Denmark to that well-known Chinese construct, the Tianxia (whose logographs 天下 have been much seen in the Japanese press of late, their Kanji versions being identical). Literally “under heaven,” short for “all under heaven” or more meaningfully, “the rule of all humans,” it defines an ideal national and international system of ever-expanding concentric circles centered on a globally benevolent emperor, now Xi Jinping or more correctly perhaps, the seven-headed standing committee of the Politburo.

The innermost circle of the Tianxia is formed by the rest of the Politburo and top Beijing officialdom, while its outermost circle comprises the Solomon Islands along with the twenty or so other utterly benighted “outer barbarian” countries that still do not recognize Beijing, preferring Taipei. In between, all other Chinese from officials and tycoons to ordinary subjects and overseas Chinese fit in their own circles, further and further from the imperial coreas do foreign states both large and small, both near and far, both already respectful (too few) and those still arrogantly vainglorious. It is the long-range task of China’s external policy to bring each and every state into a proper relationship with the emperor—that is, a tributary relationship, in which they deliver goods and services if only as tokens of fealty, in exchange for security and prosperity, but even more for the privilege of proximity to the globally benevolent emperor1. All this is of course nothing more than an exceptionally elaborate rendition of universal ambitions that are merely grander for the greater—the Byzantine ranking of foreign potentates by their proximity to the emperor was only slightly less elaborate.

Nor is there anything peculiarly Chinese about the desire to bring other states into a tributary relationship—often better than a full incorporation, which may be unwanted for any number of reasons, and obviously superior to an alliance however close and secure but between equals, whereby there must be reciprocity, a quid for every quo, usually costly or irksome in some way. Hence from time immemorial, stronger clans, tribes, potentates, and entire nations have done their best to impose tributary relations on weaker clans, tribes, potentates and nations, obtaining goods and services for their forbearance and perhaps protection, or at least tokens of respectful subordination. Chinese emperors wanted no more than that, and unlike most recipients, not infrequently gave gifts more valuable than the tribute they received (as did many Byzantine emperors, by the way).

What is peculiar to China’s political culture, and of very great contemporary relevance is the centrality within it of a very specific doctrine on how to bring powerful foreigners—indeed foreigners initially more powerful than the empire—into a tributary relationship. Specialists concur that this doctrine emerged from the very protracted (3rd century BCE to 1st century CE) but ultimately successful struggle with the Xiongnú (匈奴) horse-nomad state,2 just possibly remote ancestors of Attila’s Huns, but definitely the inventors of the Steppe State political system that would be replicated by all their successors, and more adapted than replaced even by the Mongols3.

Formidable mounted archers and capable of sustained campaigning (a primary objective of the Steppe State), the Xiongnú ravaged and savaged and extorted tribute from the perpetually less martial, and certainly cavalry-poor Han until the latter finally felt able to resist again. Even then, 147 years of intermittent warfare ensued until Huhanye (呼韓邪), the paramount Chanyu (Qagan, Khan) of the Xiongnú, personally and formally submitted to the emperor Han Xuandi in 51 BCE, undertaking to pay homage, to leave a son at court as a hostage, and to deliver tribute, as befitted a vassal. That was a very great downfall from the familial status of earlier Chanyus of the epoch of Xiongnú predominance, who were themselves recognized as emperors, whose sons and heirs could have imperial daughters in marriage, and who from 200 BCE had received tribute from the Han, instead of the other way around.

It is this successful transformation of a once superior power first into an equal (signified by imperial marriages) and then into a subservient client-state that seems to have left an indelible residue in China’s tradition of statecraft. It was achieved with a specific “barbarian-handling” tool box first described by its early practitioner, the scholar and imperial advisor Lou Jing (婁敬) 199 BCE. His method was first applied when the Xiongnú were still very strong and the Han were not only tactically inferior (their chariots were totally obsolete for fighting mounted archers) but also beset by political divisions, so much so that a 198 BCE4 treaty required the payment of an annual tribute in kind (silk, grain, etc.), and the formal attestation of equality for the Chanyu embodied in a marriage alliance, formalized by imperial letters that make the equality fully explicit.

The first barbarian-handling tool is normally translated as “corruption” in English translations, but perhaps “addiction,” or more fully “induced economic dependence” are more accurate: the originally self-sufficient Xiongnú were to be made economically dependent on Han-produced goods, starting with silk and woolen cloths instead of their own rude furs and felt. At first supplied free as unrequited tribute, these goods could still be supplied later on when the Han were stronger, but only in exchange for services rendered.

The second tool of barbarian handling, is normally translated as “indoctrination”: the Xiongnú were to be persuaded to accept the authoritarian Confucian value system and the collectivistic behavioral norms of the Han, as opposed to the steppe value system, based on voluntary allegiance to a heroic (and successful in looting) fighting and migration leader. One immediate benefit was that once the Chanyu’s son and heir married an imperial daughter, he would be ethically subordinated to the emperor as his father-in-law—remaining so when he became Chanyu in turn.

The much larger, longer-term benefit of the second tool was to undermine the entire political culture of the Xiongnú, and make them psychologically well as economically dependent on the imperial radiance, which was willingly extended in brotherly fashion when the Han were weak, and then contemptuously withdrawn when the Xiongnú were reduced to vassalage. What happened between the Han and the Xiongnú from the equal treaty of 198 BCE to the vassalage treaty of 51 BCE, remained thereafter, and still remains today the most hopeful precedent for Han dealings with powerful and violent states—evidently the assigned role of the United States in the present Beijing world-view.

The method forms a logical sequence:
Stage One: start by conceding all that must be conceded to the superior power including tribute, in order to avoid damage and obtain whatever forbearance is offered. But this in itself entangles the ruling class of the still-superior power in webs of material dependence that reduce its independent vitality and strength.
Stage Two: offer equality in a privileged bipolarity that excludes all lesser powers, or “G-2” in current parlance. That neutralizes the still powerful Other party, and isolates the manipulated soon-to-be former equal from all its potential allies, preventing from balancing China with a coalition.
Stage Three: finally, when the formerly superior power has been weakened enough, withdraw all tokens of equality and impose subordination.

Until the Chinese government decided—very prematurely I believe—to awaken the world to its classically imperial territorial ambitions by demanding the cession of lands, reefs, rocks, and sea waters from India, Japan, Malaysia, the Philippines, and Vietnam (demands that disturb and damage the concurrent Tianxia narrative of an alternative and more harmonious state system, disseminated even within the confines of Stanford University 5), it was making much progress towards Stage Two, the stage of equality preparatory to the final stage of subordination.

Of this progress—now interrupted, one may hope—one example suffices, though Zbigniew Brzezinski and Robert Zoellick among many others have expressed similar notions: at the end Dr. Henry Kissinger’s very widely read On China, after 526 pages of historical retrospectives and personal reminiscences, definite prescriptions are offered, summarized in the heading “Toward a Pacific Community,” i.e. a harmonious US-Chinese “G-2” that logically proceed from his relentlessly benign assessment of Chinese intentions. Dr. Kissinger’s G-2 is identical to that relationship very persistently advocated by Chinese officials high and low, and by senior advisors such as Zhen Bijian (郑必坚) of “Peaceful Rise” fame.

That Stage Two could be achieved only by persuading the still-powerful Other party to accept equality and its limitations, most notably the isolation of the soon-to-be former equal from all its potential allies, preventing it from balancing China with a coalition. Indeed, Dr. Kissinger calls for the creation of a Chinese-American “commonwealth”: one “which would enable [sic] other major countries such as Japan, Indonesia, Vietnam, India and Australia to participate in the construction of a system perceived as joint rather than polarized between ‘Chinese’ and ‘American’ blocs.” But Japan, Indonesia, Vietnam, India, and Australia are hardly likely to share Dr. Kissinger's optimism. Deprived of American support in facing Chinese demands, forced to become the objects of a Chinese-American entente, today’s actual and potential allies would have to make their own accommodations, eliminating the one and only potential long-term counterweight to China, the coalescence of all lesser powers menaced by its expansionism. As the man said, history need not be remembered but must still be lived.

1. It was thus at Mao’s lying in state, which I attended: diplomats accredited to Beijing were brought in to view the body in clusters, each forming a circle of the Tianxia—the innermost and the first to join us, most privileged guests, were the ambassadors of Romania, the Khmer Rouge, North Vietnam (soon to be demoted), and North Korea, with the Russian only coming in at the very end, in the outermost circle at that time.

2. Described in a military report in Book 88 of the Hòu hànshu (Book of the Later Han) attributed to Fan Ye (John E. Hill, tr.) http://depts.washington.edu/silkroad/texts/hhshu/hou_han_shu.html.

5. Stanford University Tianxia Workshop: Culture, International Relations, and World History May 6-11, 2011. The workshop will gather together a small group of distinguished scholars to engage in sustained conversations on the theoretical implications and practical values of the traditional Chinese vision of world order, or tianxia (all under heaven). Varied discourses indebted to tianxia have resurfaced in modern China in quest of moral and cultural ways of relating to and articulating an international society. We believe that the Chinese vision may prove productive in exploring possibilities of world culture and literature in the tension-ridden yet interconnected world. [author’s emphasis] http://www.stanford.edu/dept/asianlang/cgi-bin/about/tianxia_workshop.php