The first atomic strike in 1945 changed the world forever. 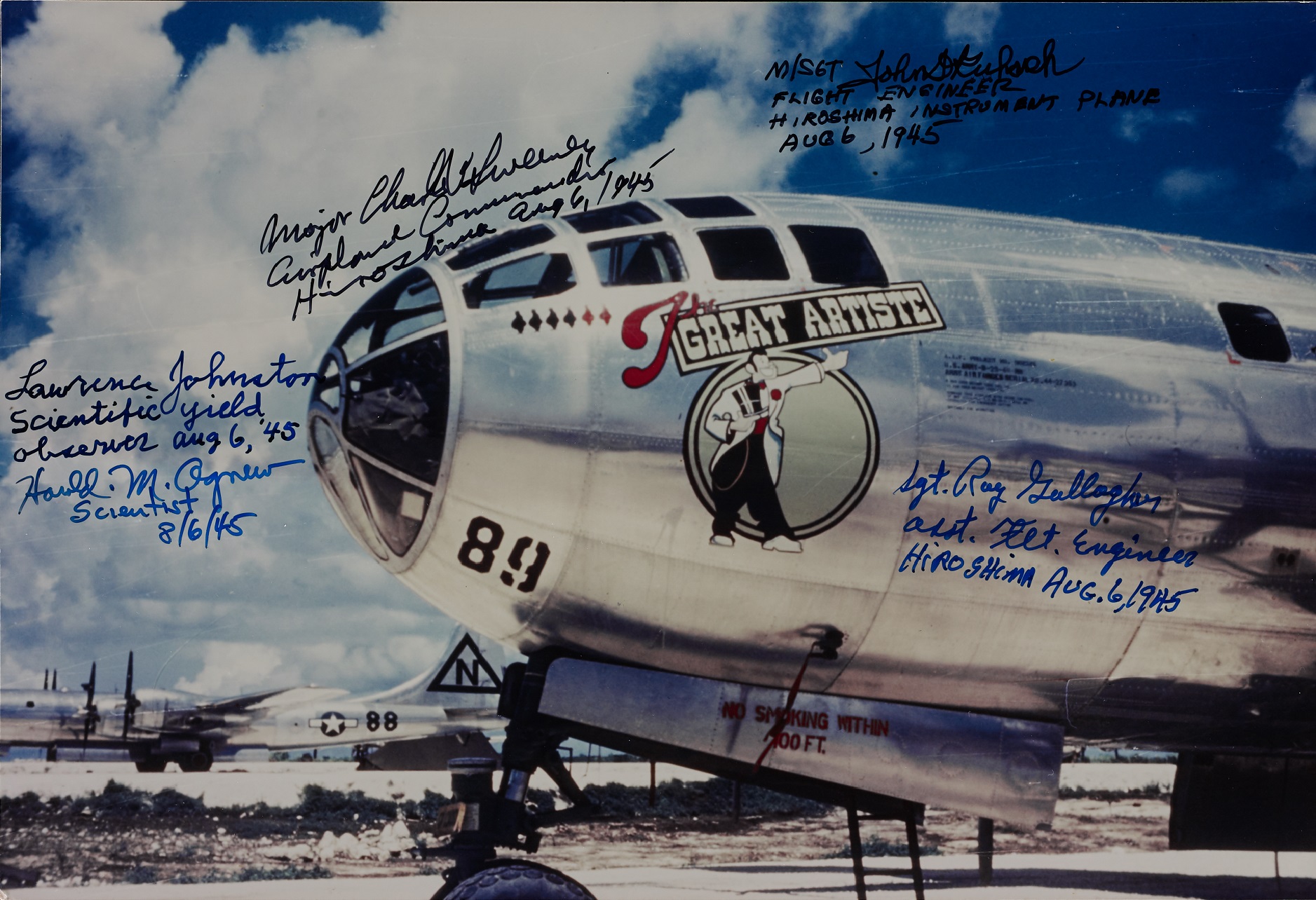 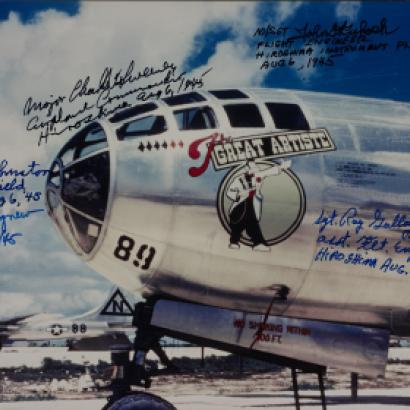 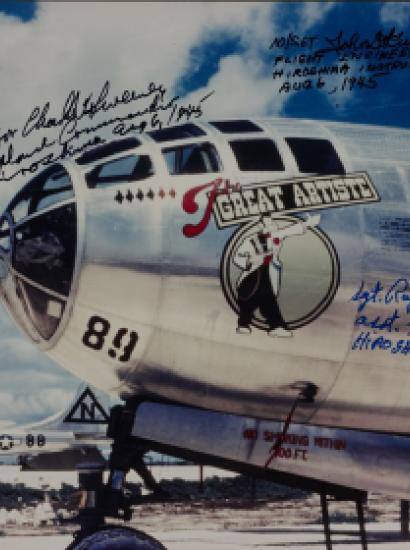 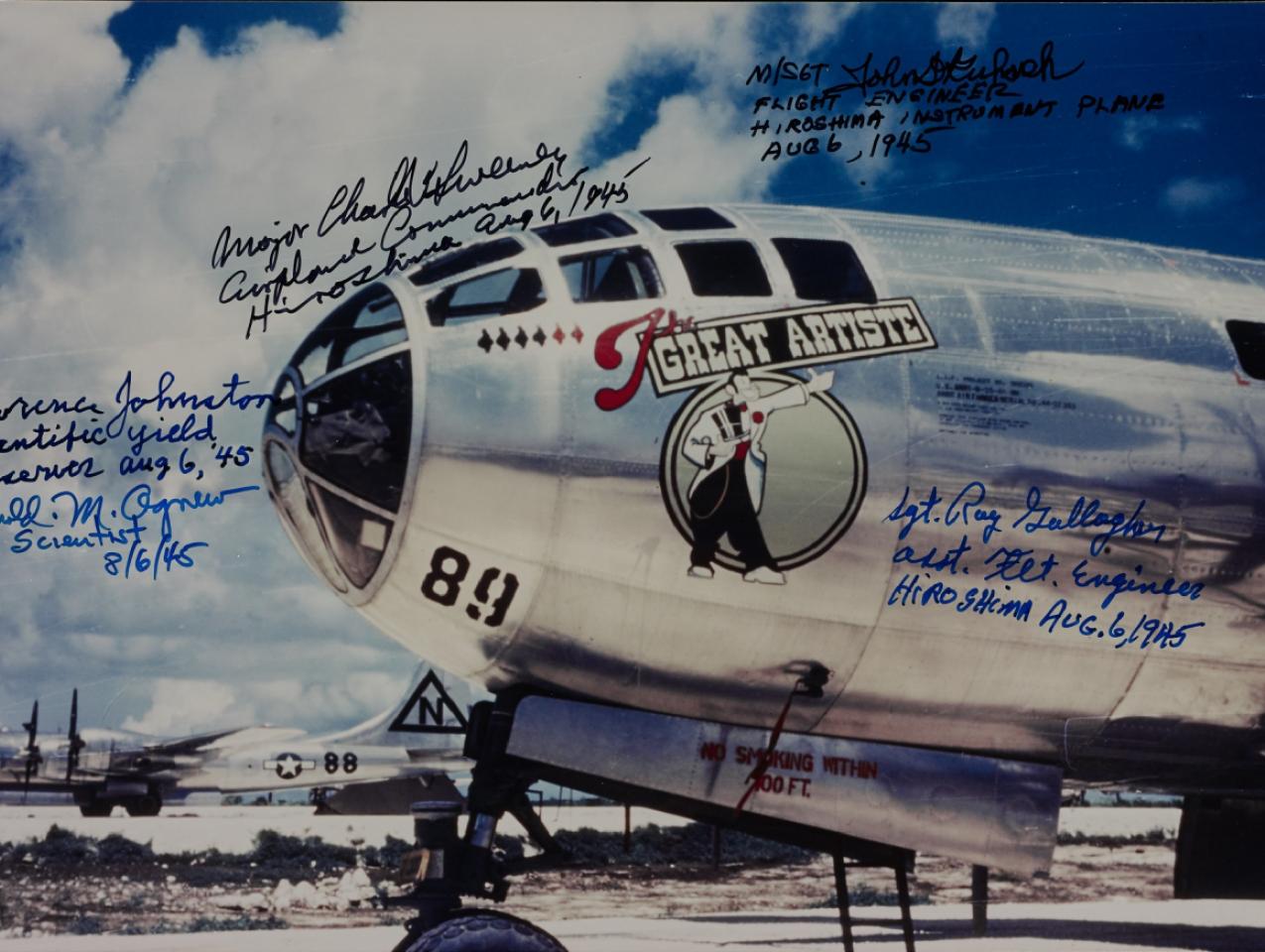 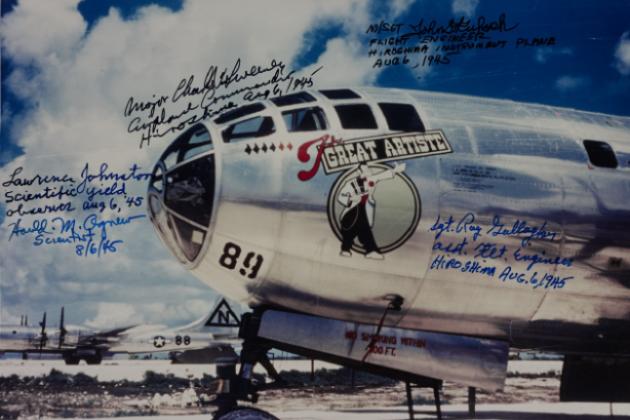 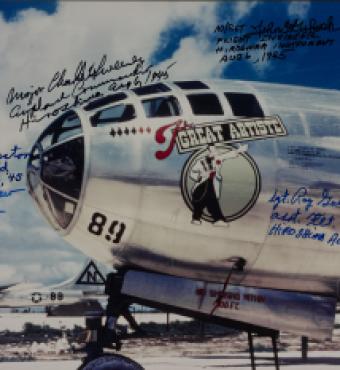 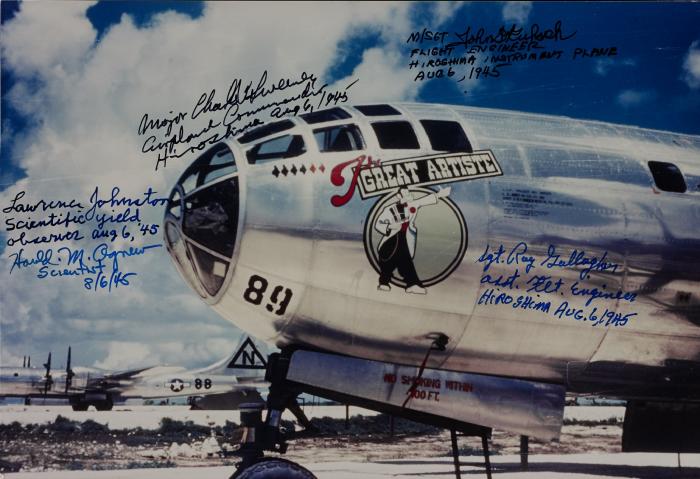 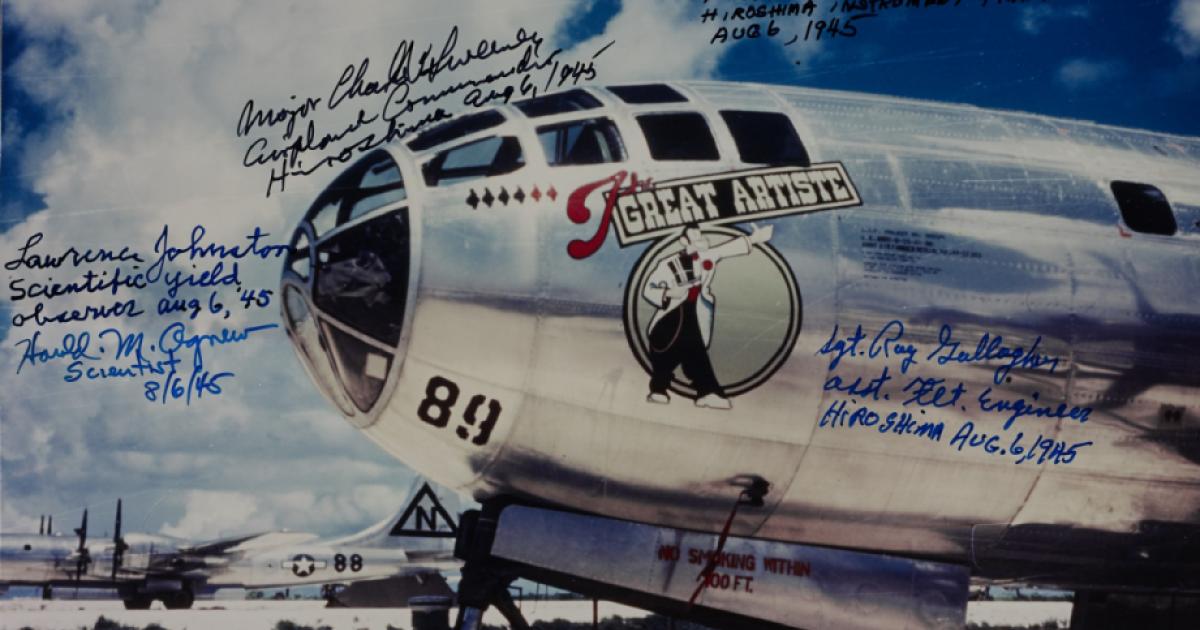 On August 6, 1945, the world changed forever when the first atomic bomb hit Hiroshima, Japan, killing thousands of people instantly. Three days later, a second atomic bomb was dropped on Nagasaki, decisively ending Japan’s involvement in World War II. Thousands of people died from radiation poisoning within a year. Since that earth-shattering day, the world has grappled with a controversial technology that not only poses strategic risks in its ability to wipe out humanity but also provides a potential solution to problems of sustainable energy.

The Hoover Institution has a long relationship with nuclear history. The Library & Archives house the original strike orders and footage taken of the nuclear strikes on Hiroshima and Nagasaki, acquired from Harold Agnew, along with his papers. Agnew worked at the Los Alamos Scientific Laboratory during World War II and was an observer on The Great Artiste, a B-29 that flew behind the Enola Gay on the first atomic strike mission. The Agnew atomic bomb footage is the most-requested motion picture film in Hoover’s collections. His papers include newspaper clippings from the time documenting how people grappled with the news of the attack. The clippings evince an air of newfound terror tinged with fascination about nuclear technology. The Library & Archives also house collections of newspapers from the Marshall Islands during the nuclear testing at Bikini Atoll in the 1940s and 1950s, and the papers of nuclear physicist Edward Teller and nuclear strategist Albert Wohlstetter, as well as some of the papers of physicist Sidney Drell.

Since the first atomic bomb dropped, world leaders have been forced to contend with the strategic reality of nuclear arms. Few understand this better than former secretary of state and Thomas W. and Susan B. Ford Distinguished Fellow George Shultz. In his book Learning from Experience, Shultz wrote about his vision for global nuclear disarmament:

Out of office and out of Washington, I and my good friends and colleagues Sid Drell, Henry Kissinger, Bill Perry, and Sam Nunn try to keep the flame burning so that when and if the global atmosphere improves, the ideas stand ready to help lessen our dependence on nuclear weapons with their ability to wipe out humanity.

Today, Hoover fellows including George Shultz, Admiral James O. Ellis Jr., Jim Timbie, Jeremy Carl, James Goodby, and many others continue to research and consider the risks of nuclear arms, while also recognizing the benefits of nuclear energy. Ellis and Shultz write, “Nuclear power alone will not solve our energy problems. But we do not think they can be solved without it. . . . One of us, between other jobs, built nuclear plants for a living; between other jobs, the other helped make them safer. In many respects, this is a personal topic for us both.” They acknowledge America’s strategic position as the world’s largest nuclear power generator. They argue that America needs to bring the country’s brightest minds and technologies to navigate nuclear energy research and development responsibly and ensure that is a part of a cleaner global energy system. Though the decades since the first atomic bomb was dropped have brought fear about such powerful weapons, it is perhaps to be hoped that the possibilities of nuclear energy can make the future bright.

Resources on nuclear energy, warfare, and disarmament by Hoover Fellows: