Brazil has suffered economic and political stagnation for a quarter of a century. Will the nation’s charismatic new president be able to make a difference? By Hoover fellows Stephen Haber, Herbert S. Klein, and Hoover senior associate director Richard Sousa.SIDEBAR: Live from Rio 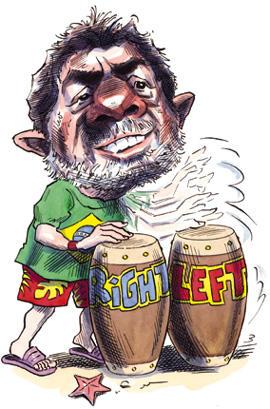 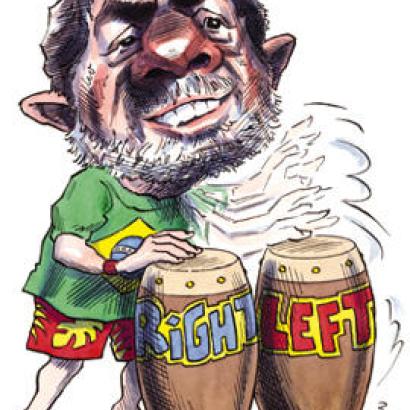 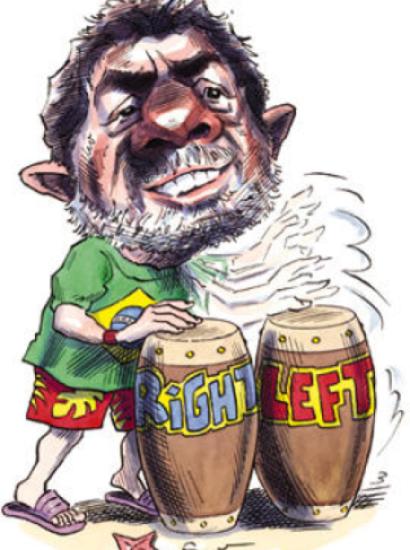 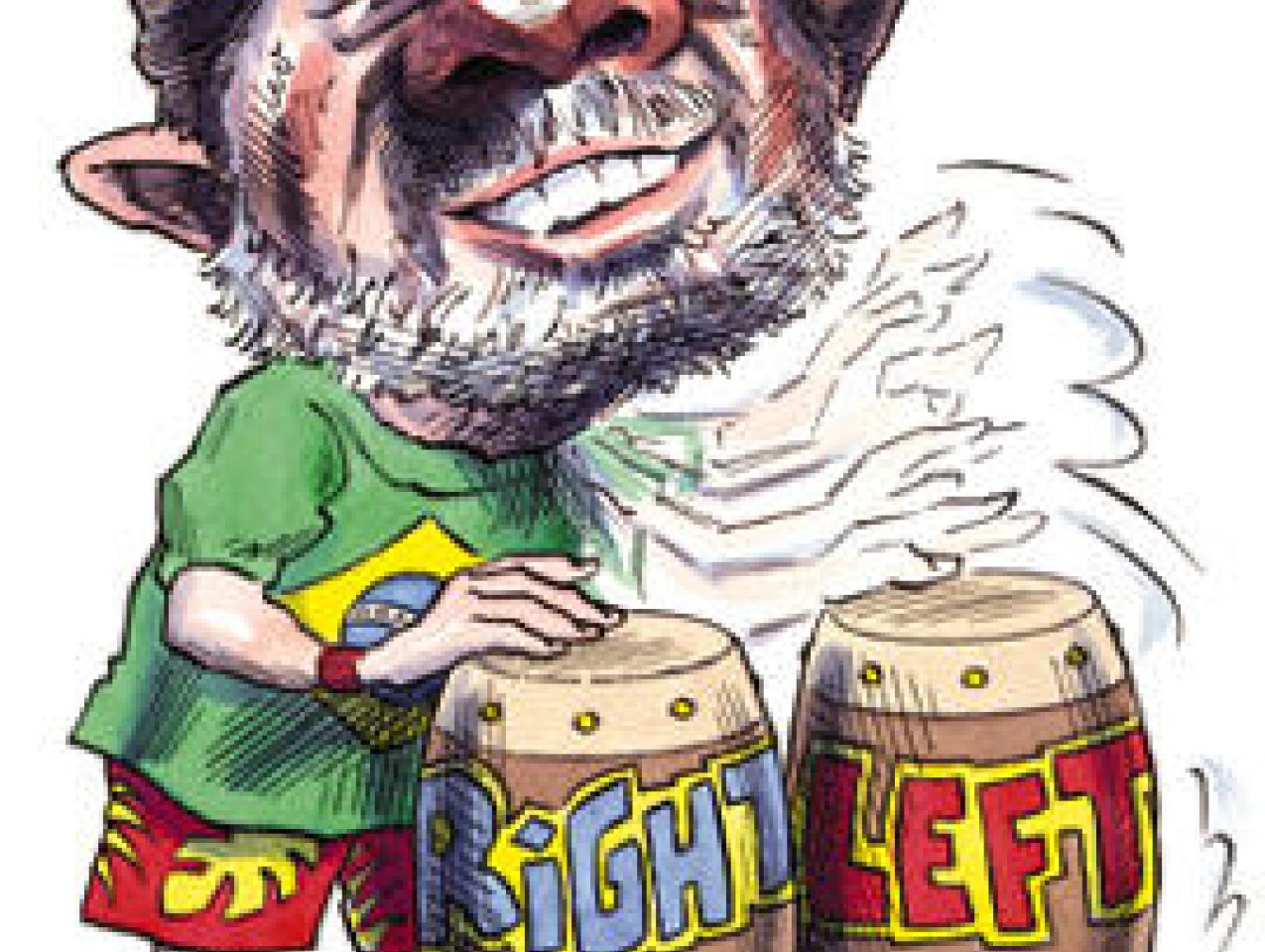 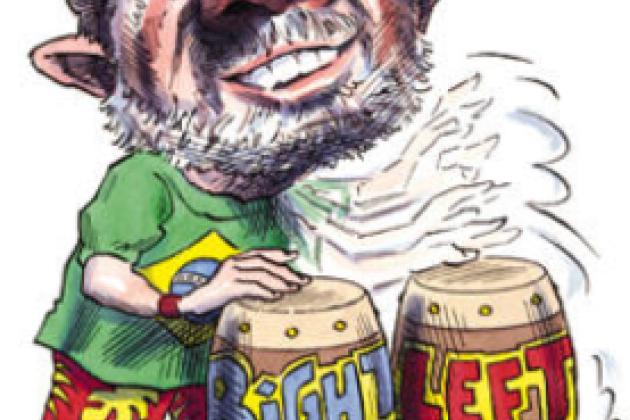 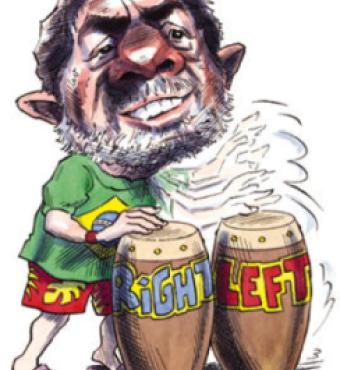 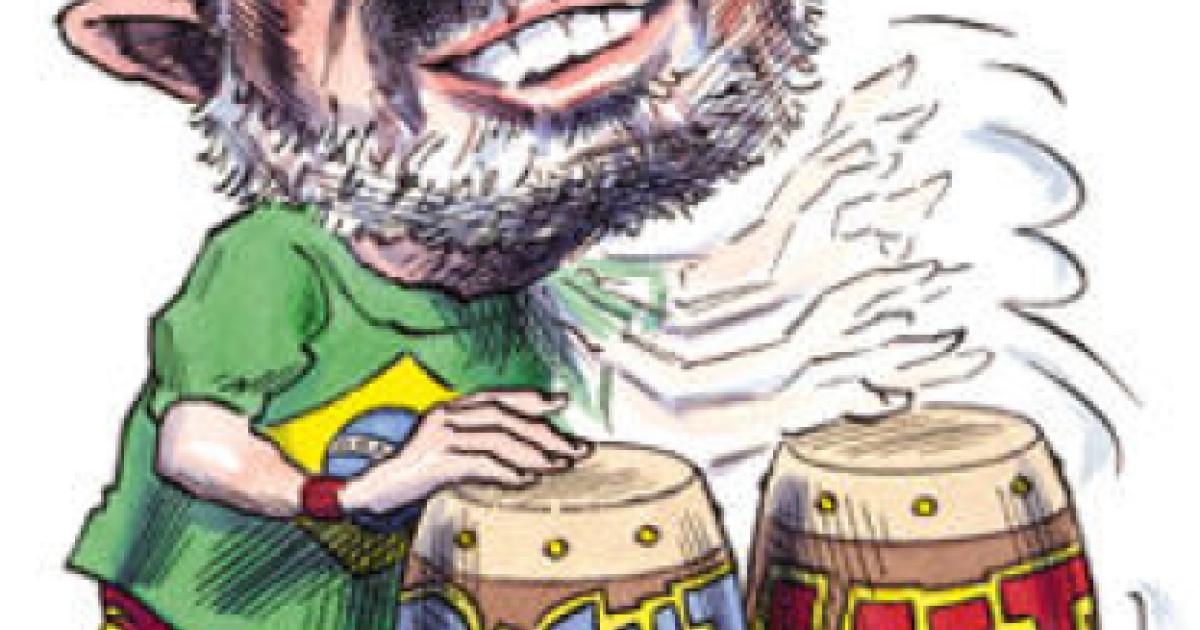 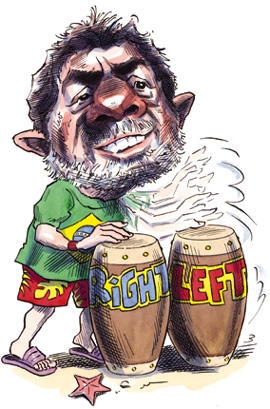 When Brazil’s voters went to the polls in October, they did something that no Latin American electorate had done in three decades: They voted in a socialist president, Luis Inácio Lula da Silva. Lula, as he is called in Brazil, has been a major political figure of the Left since the 1970s, when as a union leader he led a series of strikes that helped undermine the military government. He subsequently founded the Workers Party (Partido Trabalhisata—PT), ran unsuccessfully for president on three earlier occasions, and finally triumphed at the polls last fall. His victory over centrist Jose Serra—the handpicked successor to Fernando Henrique Cardoso, who had served as president for the previous eight years—was a landslide. Lula captured 61 percent of the total vote and carried all but one of Brazil’s 27 states.

The overwhelming electoral success of Lula and the PT should be understood as a consequence of decades of stalled growth and failed promises. Over the past eight years, the Cardoso government has promoted the privatization of government-owned firms, the relaxation of restrictions on trade, and the encouragement of foreign direct investment. Although the Cardoso government has managed to tame Brazil’s endemic hyperinflation, it has not succeeded in reigniting economic growth.

Indeed, real GDP per capita in Brazil is, at present, only slightly above its level in 1982. On top of stalled growth, Brazil has one of the most rigidly stratified societies on the planet. Income distribution is twice as unequal as in comparable European or Asian economies, and this figure is probably substantially understated. According to the latest statistics from the World Bank, only three African republics have greater income inequality than does Brazil. In short, for an entire generation Brazilians have not seen an improvement in either their absolute or their relative standard of living.

Lula’s electoral success therefore needs to be understood as a backlash against the inability of the so-called Washington consensus (a set of policy prescriptions focused on privatization, the relaxation of controls on foreign investment, and the reduction of trade barriers) to ignite sustained economic growth and restore the degree of social mobility that existed in Brazil during the boom period of the 1960s and 1970s. During the entire period of the Cardoso government, the minimum wage remained fixed despite moderate but steady inflation. Because many labor contracts are tied to the legal minimum, there has been a decline in the real wages of a broad segment of the population. During the past two years, unemployment has been rising steadily as a result of the general world economic crisis and especially as a result of the collapse of the neighboring Argentine economy this past year.

Lula’s victory, although an expression of discontent, should not be interpreted as a dramatic movement to the Left by the Brazilian electorate. Lula’s electoral success was the product of his party’s quite deliberate strategy of extending its base of support by adopting more centrist positions. Over the objections of the party’s more radical wing, the PT also changed its own internal rules so as to allow the moderates to frame the party’s platform. Thus, for example, the PT has accepted the stability plans of the Cardoso government and accepted most aspects of the country’s open economy model. Given the very strong negative reaction of the market to Lula’s increasing popularity during the campaign, the PT made clear its postelection economic policies in the months before the October election. It agreed to accept all international agreements and honor all foreign and domestic loans. It also promised to maintain an open market and not to de-privatize companies that had been sold to the public. It did suggest tighter regulations of the market activities of all companies and signaled that it would stop further privatizations. In general, however, the tone of the party was moderate. The move toward the center enabled the PT to expand its solid core of 30 percent of the vote, adding another 30 percent of the public who were dissatisfied with the current situation but who did not necessarily identify themselves with the party’s militant wing.

Lula’s success was also a product of the disorganization of most of the other major parties and their inability to provide a coherent platform aside from the promotion of personalities. This disorganization extended to the government’s own Social Democratic Party, as well as to the old Party of the Democratic Movement and the Liberal Party. The other choices available to voters were outsider, populist candidates who lacked the apparatus of a party to mount a serious challenge. In this context, the consistency and solidity of the PT—many of whose members had served as successful mayors—convinced most voters that a vote for Lula was the best available option.

One index of the degree to which Lula’s victory does not indicate a general turn to the Left in Brazil is the fact that the PT controls neither house of congress (Brazil has a bicameral legislature similar to that of the United States). In the Chamber of Deputies (Brazil’s lower house) the PT took 91 of 513 seats. This was an increase over the 1998 elections, when it gained 58 seats, but still requires the PT to look for coalition partners beyond the minority coalition it already has in order to govern. The results in the Senate were much the same—in fact, it came in third among the parties. Finally, the PT managed to win only one governorship, that of the politically unimportant and sparsely populated Mato Grosso do Sul. This all suggests that public support for the PT is tempered by minimal expectations and little desire for radical change.

The fact that Lula does not control either house of congress or hold sway among state governors means that he will be constrained in terms of what he can accomplish. Clearly, he will push for an aggressive tax reform in an attempt to capture a larger share of the income of the upper class. He will also seek to redistribute income by increasing the minimum wage and (perhaps) by lowering the tax rates of low-salary workers. He will also push to increase social expenditures for welfare and education. Whether he can actually obtain those goals, however, is far from certain. Even his more moderate predecessor Cardoso often found himself thwarted by opposition in congress. Lula will be forced to seek out coalition partners beyond the minority coalition he already heads, and as he does so his legislative agenda will inevitably be watered down.

The only area where Lula will be able to easily build consensus is in foreign policy. Brazil’s reluctance to support U.S. foreign policies, particularly those that call for the application of military force, has long and deep roots that go back to the support of the U.S. government for Brazil’s military dictatorships of the 1960s and 1970s. Regardless of which party is in power, Brazil remains determined to chart a course independent of U.S. foreign policy.

Available from the Hoover Press is Political Institutions and Economic Growth in Latin America, edited by Stephen Haber. To order, call 800-935-2882.