Time to Combat the Spreading Virus of Radical Islam

America’s clout in the Middle East is waning, but this is not the fruit of an inexorable process divorced from human will. Rather it reflects aggressive bids by other actors—Iran, Russia, Turkey, and a variety of Islamist factions—to enhance their power at the same time that America has pursued a policy of lowering its profile and shrinking its footprint. 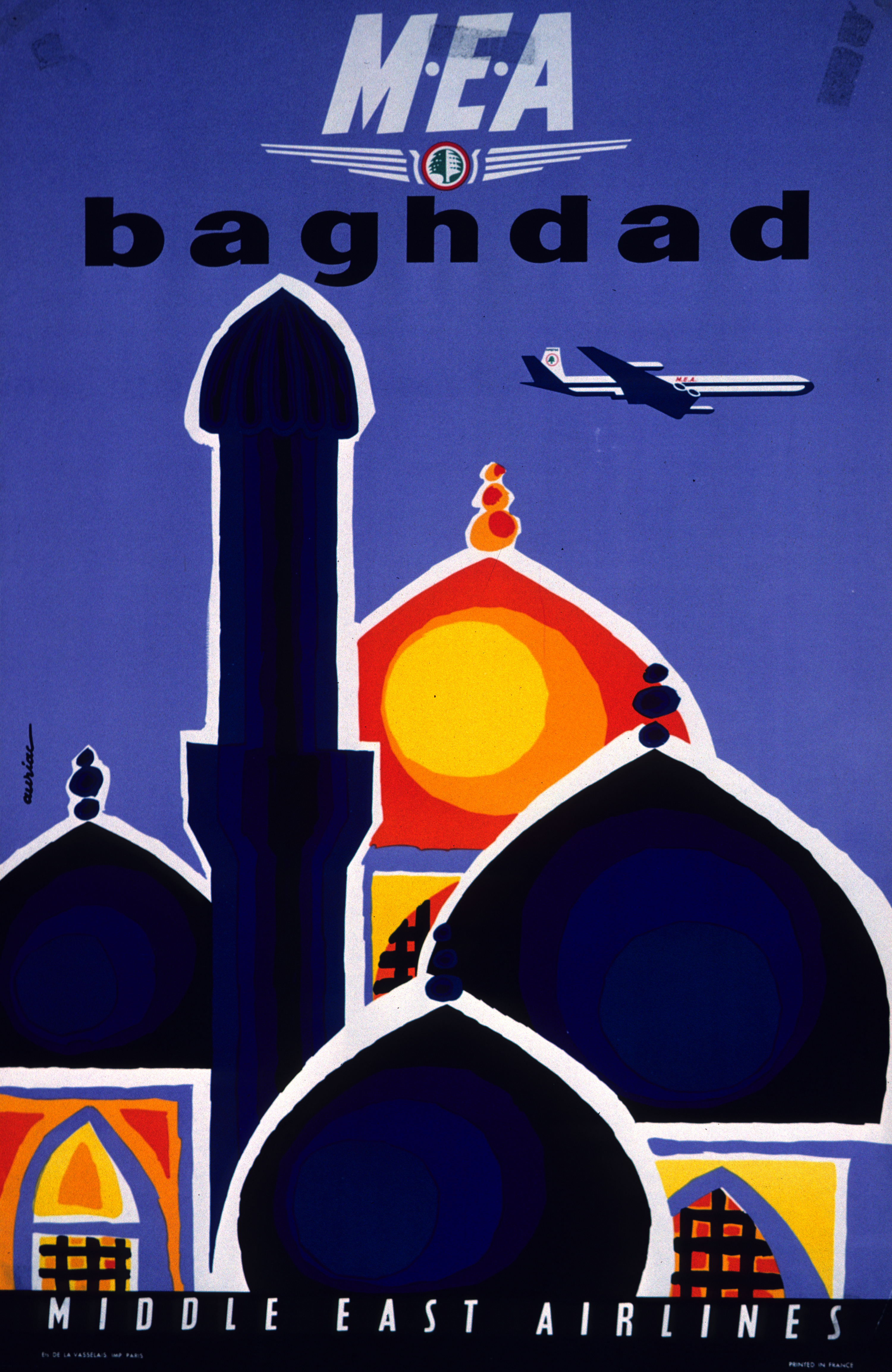 Time to Combat the Spreading Virus of Radical Islam 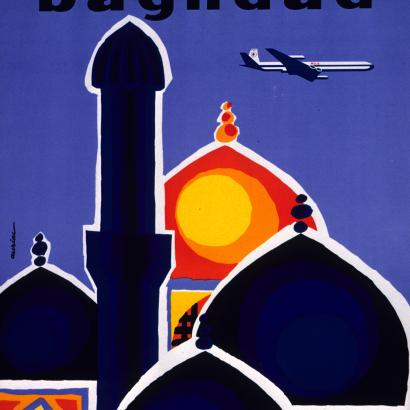 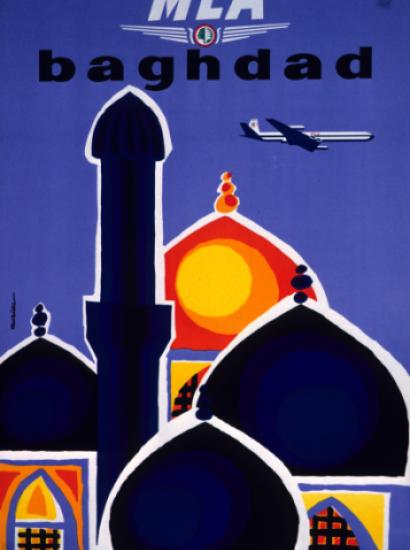 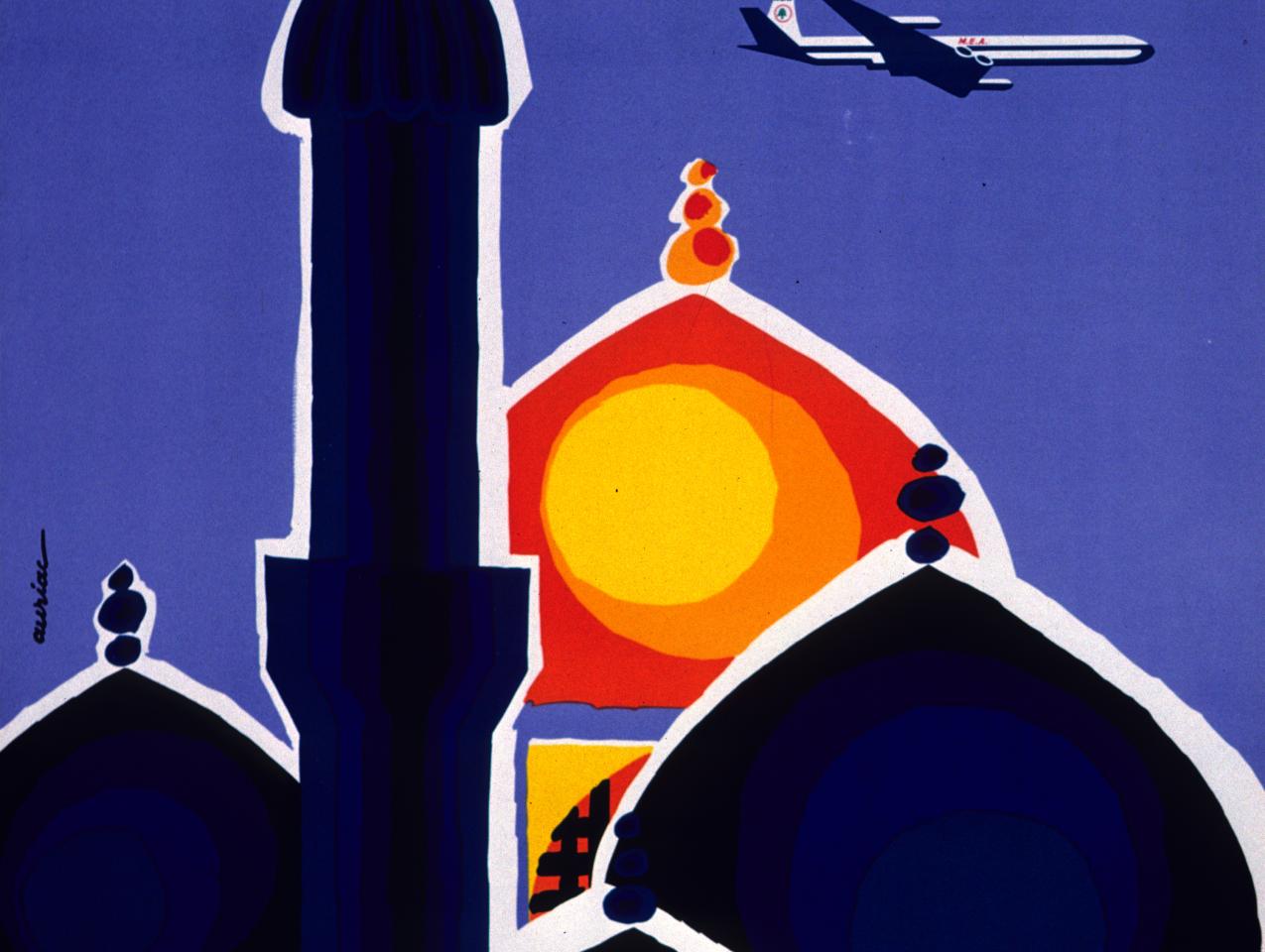 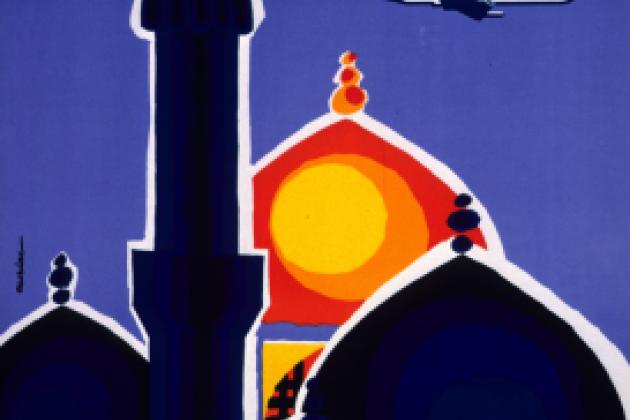 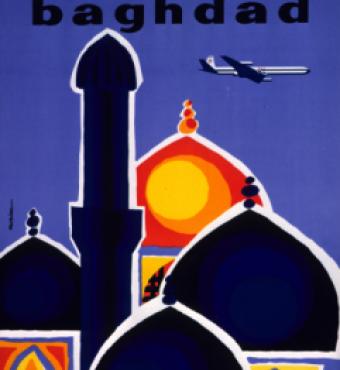 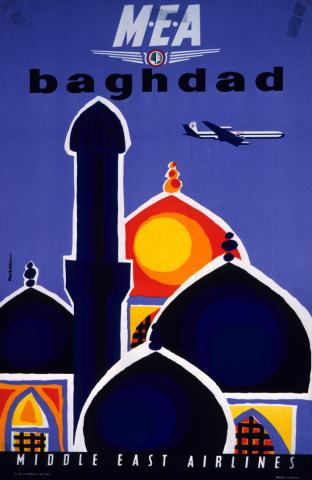 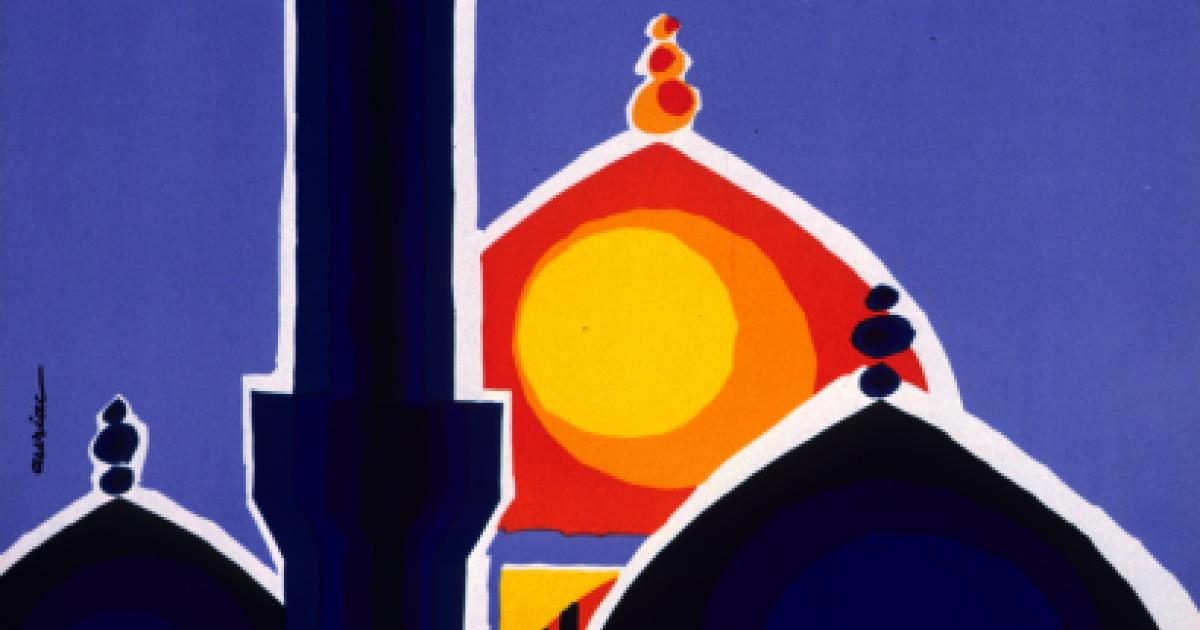 America’s clout in the Middle East is waning, but this is not the fruit of an inexorable process divorced from human will. Rather it reflects aggressive bids by other actors—Iran, Russia, Turkey, and a variety of Islamist factions—to enhance their power at the same time that America has pursued a policy of lowering its profile and shrinking its footprint. This approach was born of the belief that regional antipathy to America stemmed mostly from our own excessive assertiveness—too much military intervention and too much touting our own values.

After six years it is apparent that this strategy has failed. America’s relations with half a dozen or so regional states are more strained than before and nowhere have they improved. Attitudes toward America have deteriorated not only with governments, but with publics, too. Opinion polls show that America’s popularity is lower even than during the presidency of George W. Bush, whose invasion of Iraq was angrily opposed in the region.1

Indeed, President Barack Obama’s decision to authorize a prolonged air campaign over Iraq and Syria with the stated goal of “degrad[ing] and…destroy[ing]” the Islamic State (ISIS) constitutes an implicit acknowledgment that showing a more diffident and respectful face failed to advance America’s interests.

A new president is likely to wish to restore America’s standing in the Middle East. Some of the ground lost will be difficult to regain. Having casually dismissed allies and interests, we will find it harder to persuade others to rely on us. Nonetheless, our intrinsic strength, if exerted, is far greater than that of our foes and competitors. We can restore our position if we determine to do so.

The starting point is to identify the threats we face. The core reason for foreign policy is the existence of threats: either manifest ones that must be faced or potential ones that timely action might prevent from materializing. Were the world unthreatening, we might still engage abroad on behalf of our values, but the isolationists would have a strong case. Thanks to President Obama’s experiment, the hypothesis that a diminished foreign policy would make us safer by avoiding provocation has been tested, and it has failed. The task of reconstruction begins with the question: what is the threat (or threats)?

The answer—whether we focus on Iran, al-Qaeda, ISIS, Hamas, or others—is radical Islam. This is an ideology that aims at world domination through first conquering and harnessing the Muslim world, that is, uniting the Ummah in a new caliphate. Radical Islam was born with the Muslim Brotherhood in 1928 (although earlier roots can be traced, notably to Indian Deobandism). While in some sense revivalist, the thrust of this movement has been from the start less toward self-improvement than toward elevating the status and power of Islam vis-à-vis the infidel world.

In its first half century Islamism gathered adherents but exerted less influence than nationalism and other Western-born ideologies and lost out in political confrontations with military and other elites. This changed, however, with the triumph of Ayatollah Ruhollah Khomeini’s “Islamic revolution” in Iran, which electrified the Muslim world and infused radical Islam with immense new energy. The transition was analogous to the impact of Lenin’s conquest of Russia in 1917, which transformed socialism from a secondary force in world politics to one that largely shaped the history of the rest of the century.2

The effect was both material and psychological. In each case the resources of a formidable state were harnessed to a revolutionary ideology. And in each case the appearance of a flesh and blood model—“socialist power” or an “Islamic republic”—fired the imaginations of ideological soul mates far and wide. In the Russian case, even socialists who condemned Lenin’s methods felt renewed in their conviction that socialism was the wave of the future. Likewise, in the case of Iran, even Muslim radicals who loathed Shiism were reinforced in the belief that an Islamic theocracy, a caliphate, could in fact be created anew.

True, Sunni and Shiite Islamists are battling each other in Syria and Iraq with deadly ferocity, but each regards the Judeo-Christian world as the ultimate enemy. And each has already inflicted casualties on the U.S. and its allies. These casualties, even those of 9/11, might amount only to small beginnings. Should the Islamists—either Sunni or Shiite—succeed in conquering a large swath of the Muslim world, they would use it as a platform for their campaign against the West that would entail violence on a scale eclipsing anything we have experienced thus far.

What to do about it?  First, we must stop Iran’s nuclear program, and the only likely way to achieve this is by military means. Years of negotiations have only allowed Iran to creep ever closer to a bomb. Sanctions have damaged Iran’s economy but there is no indication that they have weakened its determination to join the nuclear club. Achieving this status would augment Iran’s power enormously. Like any other regime built on a revolutionary ideology, Iran’s will not forgo this out of economic considerations.

If we have not already lost the war against the Islamic State by the time a new president is inaugurated, military strategy must be revised from “no boots on the ground” to “whatever it takes to win.” This is very likely to mean the deployment of US ground forces to Iraq. We should also strengthen ties with Kurdistan and respond sympathetically to its push for greater autonomy. The Kurds are natural allies of the U.S., and the moral case for a Kurdish state is strong. The hope that Turkey might be pulled back into the role of ally to the West in substance as well as in form inhibits us from all-out support for Kurdish self-determination, which would tear Turkey apart. Nonetheless we should be more forthcoming in our solidarity with the Kurds.

In Syria, too, where pro-Western forces have been withering on the vine for want of support, there is a danger that the war will be lost by the time of a new U.S. administration. Nonetheless, if a base of operations can be maintained in southern Syria with the cooperation of Jordan and possibly Israel, then we can undertake a much more committed program of equipping and training a non-Islamist faction. Throughout the Iraq-Syria theater, which may soon encompass Lebanon as well, our goal cannot be to defeat one side in the war between Sunni and Shiite Islamists. We must aim to defeat both. If we cannot, it would be better to let them go on battling each other than to allow either one to consolidate power.

Our situation in this theater would be more favorable were there a friendly government in Turkey. President Erdogan has increasingly revealed himself to be a volatile, erratic, and in his own way militant, Islamist.<a href="#endnote3>3 Erdogan rules by dint of elections but the body politic is closely divided. We should strive to tilt it away from the Islamists by recreating U.S. information programs modeled after those of the Cold War. Some of these still exist but have atrophied. Of course heavy-handed propaganda can backfire, but in Italy, France, Germany, Austria, and Japan in the aftermath of World War II, the U.S. succeeded in waging the “war of ideas” against a formidable Soviet rival.4

A revitalized U.S. information capacity would have many targets beyond Turkey, including the entire Middle East. Special emphasis should be given to Iran, aiming to help revive the popular movement against the regime that was suppressed in 2009.

None of this is done most effectively by the State Department where such U.S. information programs as survive have been housed since the abolition of the U.S. Information Agency in 2000. The demands of diplomacy and of “public diplomacy” are different and often in conflict. Discretion is the soul of diplomacy, but “public diplomacy” demands just the opposite: frankness and outspokenness. To wage the contemporary war of ideas, the U.S. should remove this function from the State Department and establish an agency along the lines of the USIA.

The USIA always had as part of its mission encouraging democracy and liberal values. A new agency should do likewise, notwithstanding the disappointing failure of the 2011 Arab Spring. In the long run, the propagation of liberal values is essential to weakening the appeal of Islamism among Muslims. But in the short run, we are facing a difficult struggle, and we have allies—such as the governments of Egypt, Saudi Arabia, Jordan, and Morocco—that are neither liberal nor democratic. It would be sheer folly to push them away or to penalize them for their abuses in ways that run the risk of causing their downfall. When the shah was overthrown by Khomeini, with Washington’s acquiescence, the result was not only incalculable damage to America’s strategic position but also a reduction rather than increase in the freedom of the Iranian people.

We faced similar dilemmas in the Cold War in our alliances or friendly relations with the governments of Taiwan, South Korea, Portugal, Greece, Spain, and others. Although we were taxed with the charge of hypocrisy for keeping such allies in the name of the “free world,” and the accusation did bite, in the end our victory in the Cold War was a tremendous boon for freedom and democracy worldwide, and along the way each of these five countries as well as others sloughed off dictatorship and embraced democracy.

While acknowledging that most of the hopes raised by the Arab Spring have been dashed and dealing with the political implications of this, we should encourage the one ray of democratic hope that has continued to shine, namely, the transition of Tunisia, which could become a model for the region. We should be generous in our support for Tunisia and offer appropriate support to its secularists.

In the Cold War, we encouraged and collaborated with moderate Leftists against the Communists. It would be a false analogy to believe, as some have urged, that “moderate” Islamists offer an alternative to the more violent groups. Even the most moderate Islamists have foresworn violence only in their own countries (and usually for tactical reasons) while endorsing violence against Israel and U.S. forces in the Middle East. And Islamism of whatever stripe is posited on a fundamental antipathy between Islam and the West. It would be to our interest to encourage the thought that one can be a good Muslim and reject the political ideology of Islamism. To date, few voices or forces have expressed this thought, but to the extent they can be identified, we should encourage them.

In sum, America needs to build up its capacities to exercise hard and soft power, target Islamism, and do what it takes to stop Iran from becoming a nuclear weapons state.

2. Joshua Muravchik, Heaven on Earth: The Rise and Fall of Socialism (Encounter, 2002).

Be notified when an new issue is available.