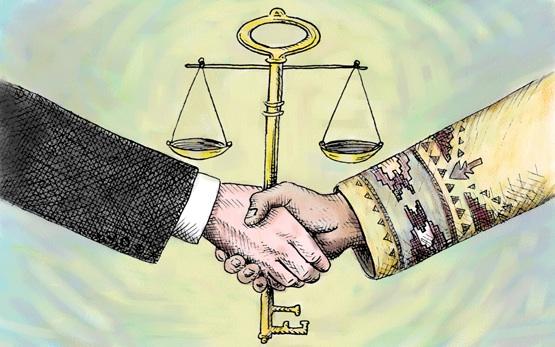 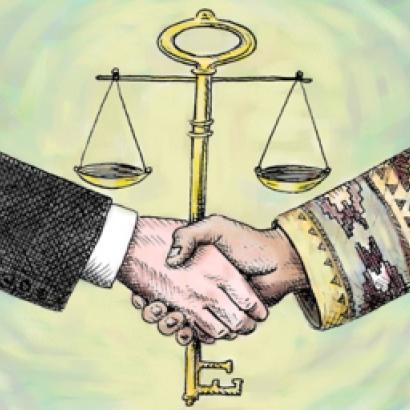 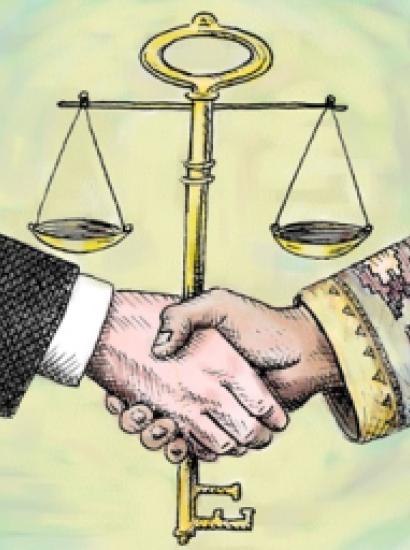 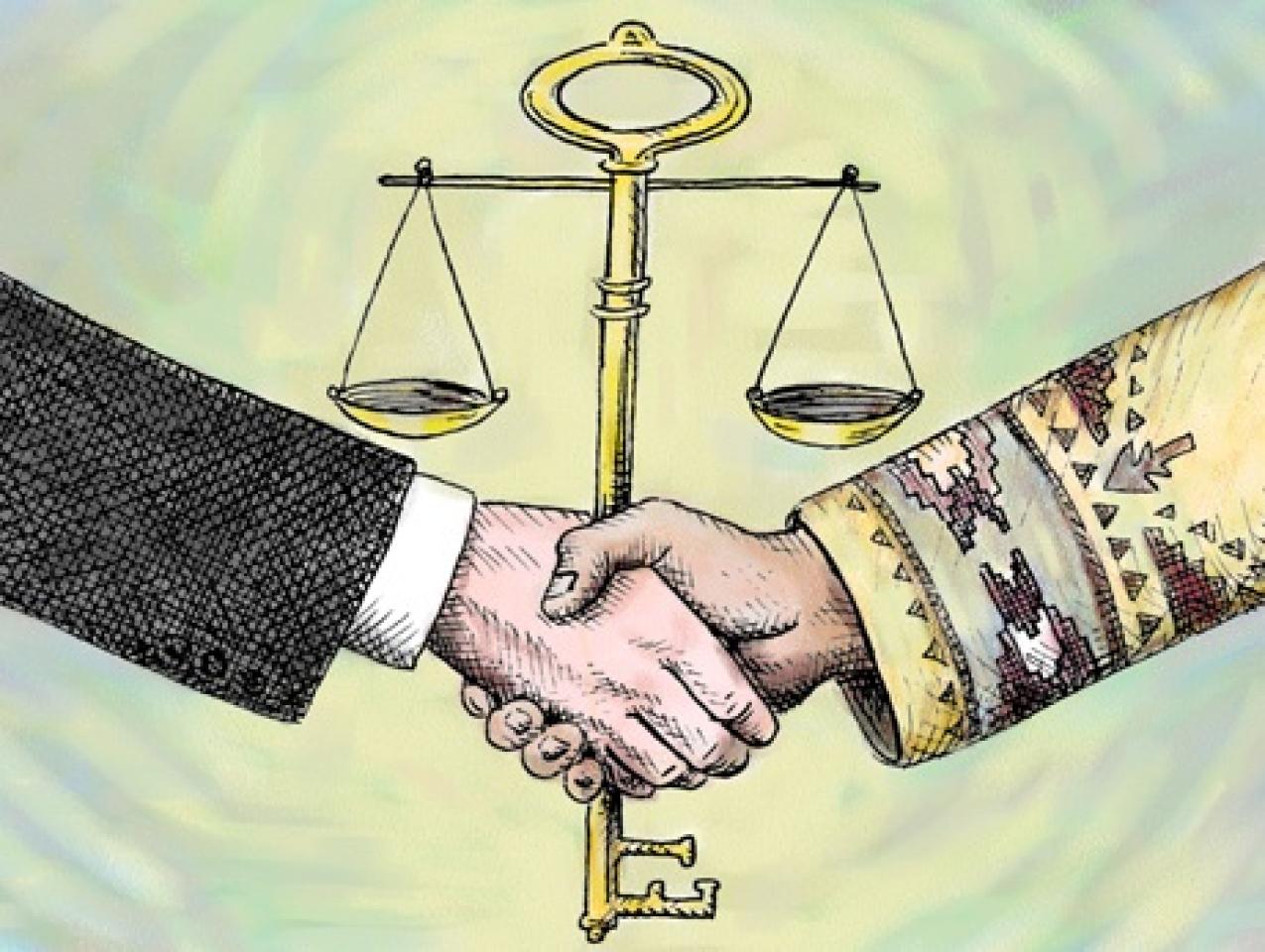 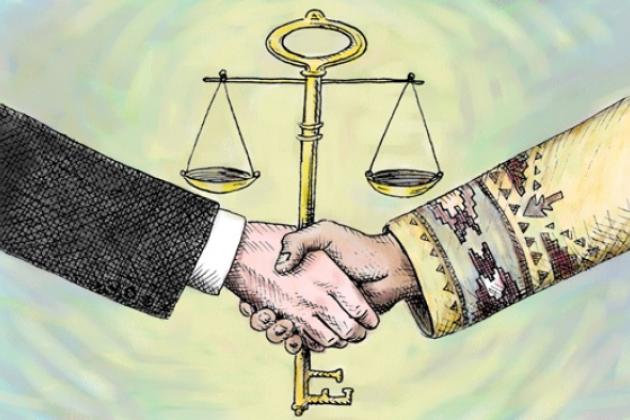 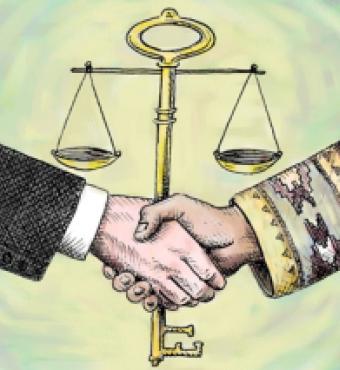 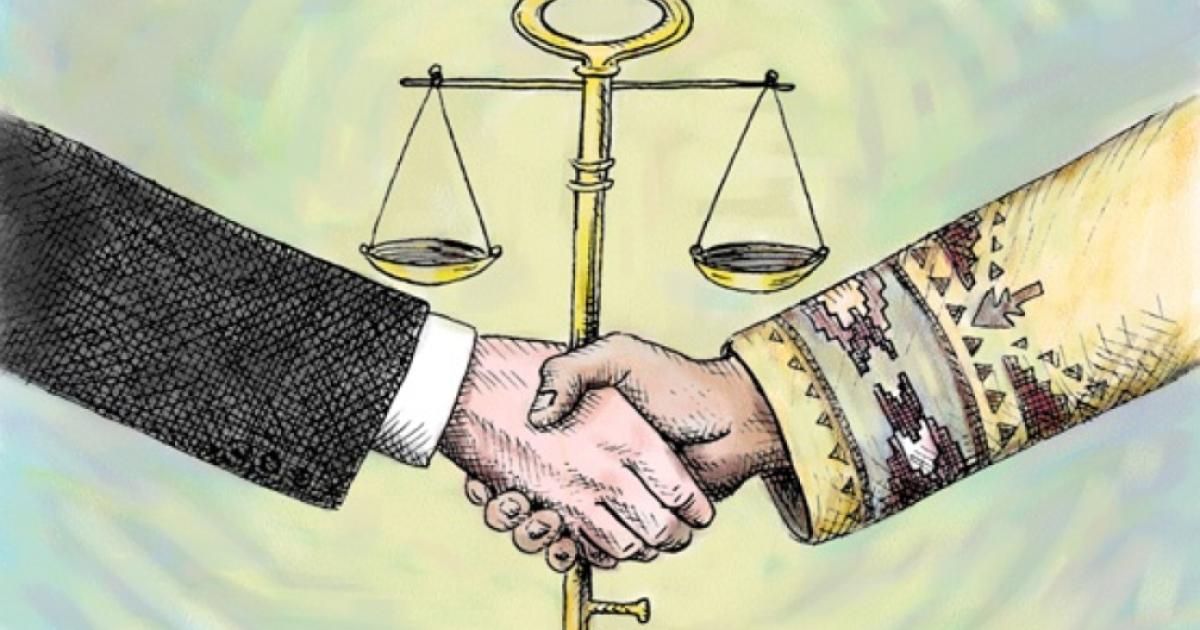 Since the publication of Adam Smith’s "The Wealth of Nations" economists have struggled to find the causes of economic growth. Though the complete development recipe remains elusive, nearly all economists agree that two ingredients are crucial—secure property rights and a stable rule of law.

The importance of these ingredients is no more apparent than on American Indian reservations, which are islands of poverty in a sea of prosperity. Despite billions of dollars generated by casinos on some reservations, per-capita income for American Indians living on reservations remains low. According to the 1999 census, reservation Indians earned $7,846 per capita compared to $14,267 for Indians living off reservations and to $21,587 for all U.S. citizens. The Crow Creek Reservation in South Dakota had the lowest per capita income at $4,043 and the Isabella Reservation in Michigan had the highest at $17,436. 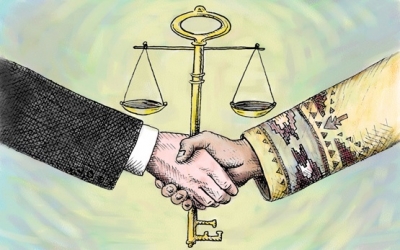 What explains such big differences? The simple answer is property rights and the rule of law. By comparing reservation economies with and without these institutions, we can get a sense of their importance. Before examining these data, let us consider how property rights and markets fit into Native American history.

One commonly cited explanation for the lack of growth among American Indian communities is the incompatibility between traditional cultures and modern markets. But before Indians ever made contact with modern European cultures, they employed market principles—most notably, property rights and trade.

When Indians in the Northeast discovered the high price they could get for beaver pelts in the 18th century they developed property rights to trapping territories in order to encourage stewardship and to prevent the "tragedy of the commons" from depleting beaver populations. Similarly in eastern Indian tribes, which practiced sedentary agriculture requiring long-term investment in cultivation, private garden plots were common. The Mahican Indians in the northeastern United States possessed hereditary rights to well-defined tracts of garden land along the rivers. The Hopi and Zuni branches of the Pueblo Indians had property rights to irrigated fields which were marked "by numerous boundary stones . . . placed at the corners and junction points" and "engraved on their faces with symbols of the appropriate clan," as anthropologist Daryll Forde wrote in the "Journal of Royal Anthropological Institute of Great Britain and Ireland" in 1931.

In the Pacific Northwest where salmon was an important part of their diet, Indians established property rights to fishing streams to encourage what law professor Bruce Johnsen called "stream-specific knowledge of salmon husbandry to maximize the long-run productivity." They also had property rights to "clam gardens" created by removing rocks on sandy beaches to make more room for clams. Anthropologist Judith Williams concludes that "private ownership would appear to be a key to the amount of work undertaken making a clam garden."

Reservation Indians earn far less than those Indians living off reservations. What explains this? The simple answer is property rights and the rule of law.

Throughout the continent, American Indians established extensive trade networks indicating their willingness to participate in markets. The best evidence of the extent of these networks is the fact that an axe made and traded by the Lewis and Clark Expedition during its stay in the Mandan village (in what is now North Dakota) in the winter of 1804-05 found its way to the west coast before the expedition itself a year after the trade.

Property Rights and the Rule of Law on Reservations

Though Native Americans were familiar with markets and property rights prior to European contact, their history since the reservation era of the late 19th century has been marked by a lack of secure property rights and a legal environment that is not conducive to markets. After the Supreme Court 1831 decision in Cherokee Nation v. Georgia, when Chief Justice Marshall called Indian tribes "domestic dependent nations" and concluded that their relationship with the federal government was "that of a ward to his guardian," American Indians have struggled, with mixed results, to gain tribal sovereignty and control of their own destiny.

To observe the impact of insecure property rights on reservation economies, you only need to drive through a western Indian reservation. One side of the fence is over grazed, lacks cultivation, and has a substandard house, while the other side is growing an irrigated crop and has well maintained buildings and equipment. You can be sure that the prosperous land is held in fee-simple private ownership, regardless of whether the private owner is Indian or non-Indian.

Land not owned privately is held in trust by the federal government, It can be assigned to individual Indians—individual trust land. Or it can be assigned to tribes—tribal trust lands. Of the over 50 million acres of land in Indian Country under the jurisdiction of the Bureau of Indian Affairs, approximately 75 percent is in tribal trust, 20 percent in individual trust, and 5 percent is privately owned (or fee simple).

Not only does trusteeship saddle Indian lands with bureaucratic oversight, it prevents Indians from using their land as collateral for borrowing. An analysis of agricultural productivity across the three tenure categories shows that individual Indian trust lands are 30 to 40 percent less productive than fee-simple lands and that tribal trust lands are 80 to 90 percent less productive. Moreover, as figure 1 shows, reservations with over 50 percent of the land privately owned had higher per capita incomes than those with less than 50 percent privately owned, and as figure 2 shows, they had higher growth rates.

Per Capita Income of American Indians, 1999 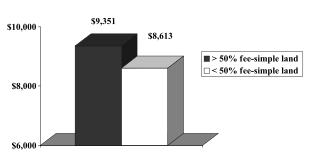 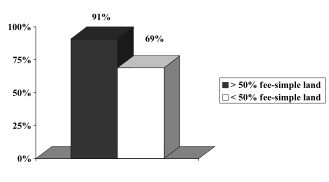 The importance of this to tribal economies is captured by law professors David H. Getches, Charles Wilkinson, and Robert A. Williams in "Cases and Materials on Federal Indian Law." They note that "there is a widespread feeling held by many non-Indians that tribal judges are biased against them. There are also complaints of incompetence, and even corruption in some tribal courts."

Jurisdiction also has a damaging effect on the availability of credit on reservations. This effect was presaged in the 1971 case of Kennerly v. District Court of Montana wherein the U.S. Supreme Court ruled that a dispute over a debt owed by a Blackfeet tribal member to a non-Indian store owner had to be resolved in a tribal court. This ruling caused Montana Supreme Court Justice John C. Harrison to observe that "A result of the Kennerly decision was to dry up credit sources throughout the state to responsible Indian citizens . . . ."

Some believe it is "not Indian" to be pro-business. But this is simply false. Before Indians made contact with modern European cultures, they employed market principles.

Economic development lessons from indigenous peoples mirror those from less developed countries where institutions go a long way toward explaining why poverty persists. In "The Mystery of Capital," Hernando De Soto points out that insecure property rights hinder investment by making it difficult for people to secure capital and by reducing the incentive to invest because it is hard to capture future returns. Empirical studies of what happened when squatters in Argentina secured property rights to homes show that as a result, investment in the homes increased, women participation in the labor force increased because women no longer had to stay home to guard their property, family size decreased, and investment in human capital increased. In short, secure property rights and the rule of law are indispensable to economic growth.

If American Indians or their indigenous counterparts elsewhere are to experience economic development, they will have to find institutions that strengthen their property rights and stabilize their rule of law. Bands in Canada are seeking to do this by changing the Indian Act to allow bands to take ownership of their reserves. As Manny Jules, chief of the Kamloops Indian Band for 16 years, puts it, "we want the same rights to own property that other citizens have." In 2006, Crow tribal member, Bill Yellowtail took on two standard objections to the creation of entrepreneurial institutions on reservations.

First, "it’s not-Indian" to be in business. But this is simply mistaken. To believe it would guarantee self-defeat, given the global socio-political-economic milieu, driven by profit, in which we exist. . . . The second objection is that individual enterprise contradicts our Indian sense of and commitment to the welfare of the whole, the tribe. Of course, our ancient ethic of the interdependence of all people and all things is one of the gifts that we Indians can offer Western philosophy whenever our neighbors are at last willing to acknowledge it. . . . But . . . the wherewithal for generosity and sharing must originate in initiative, enterprise, and creativity on somebody’s part.

Part of Yellowtail’s solution for reservation economies is to "give Indians permission to pursue that age-old but newly-remembered paradigm of entrepreneurial self-sufficiency." This can only happen if Indians have secure rights to property and a stable legal environment in which to pursue economic dignity.

Dominic Parker is a Senior Research Fellow at PERC and Assistant Professor of Economics in the Department of Agricultural Economics and Economics, Montana State University. Parker’s research focuses on the effects of property rights and governing institutions on economic development and natural resource management. Parker holds a Ph.D in economics from the University of California, Santa Barbara where he was a graduate student fellow of the National Science Foundation.
Additional resources