Heavy taxes for wasteful health expenditures is the road to economic ruin. 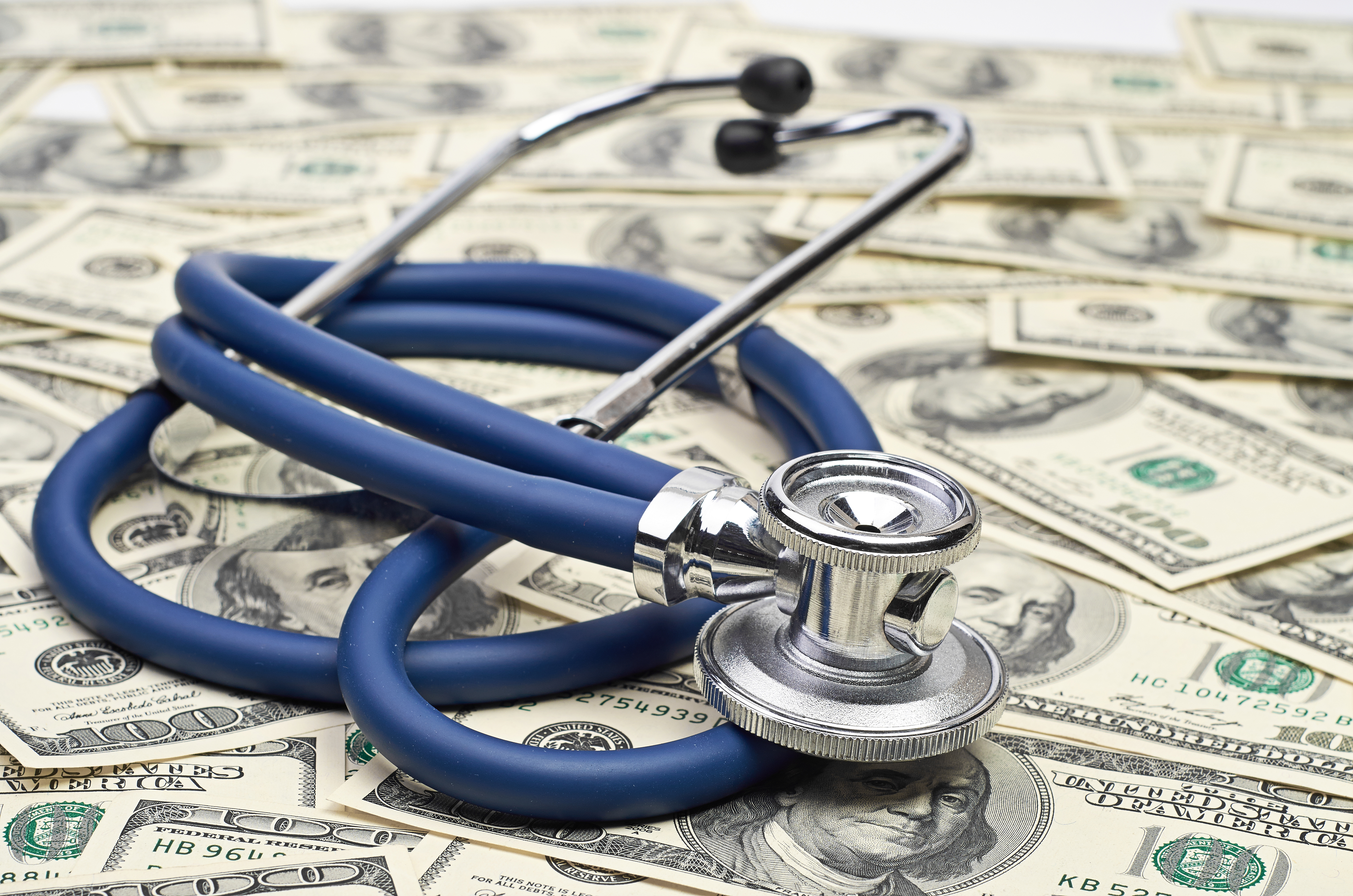 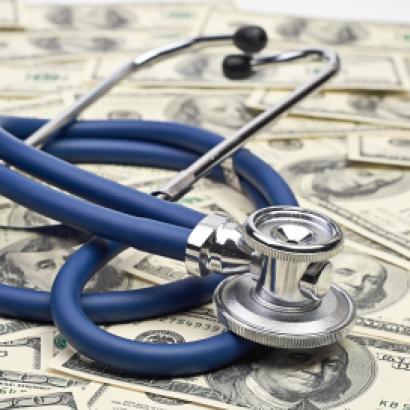 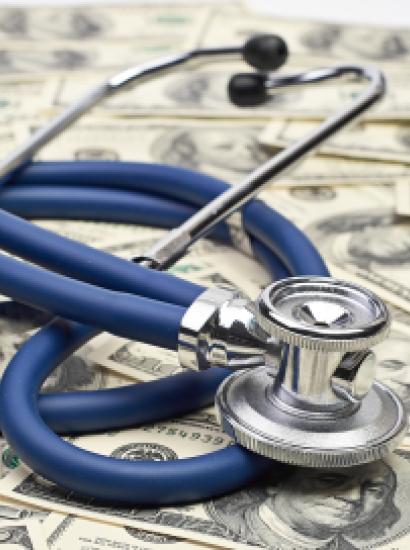 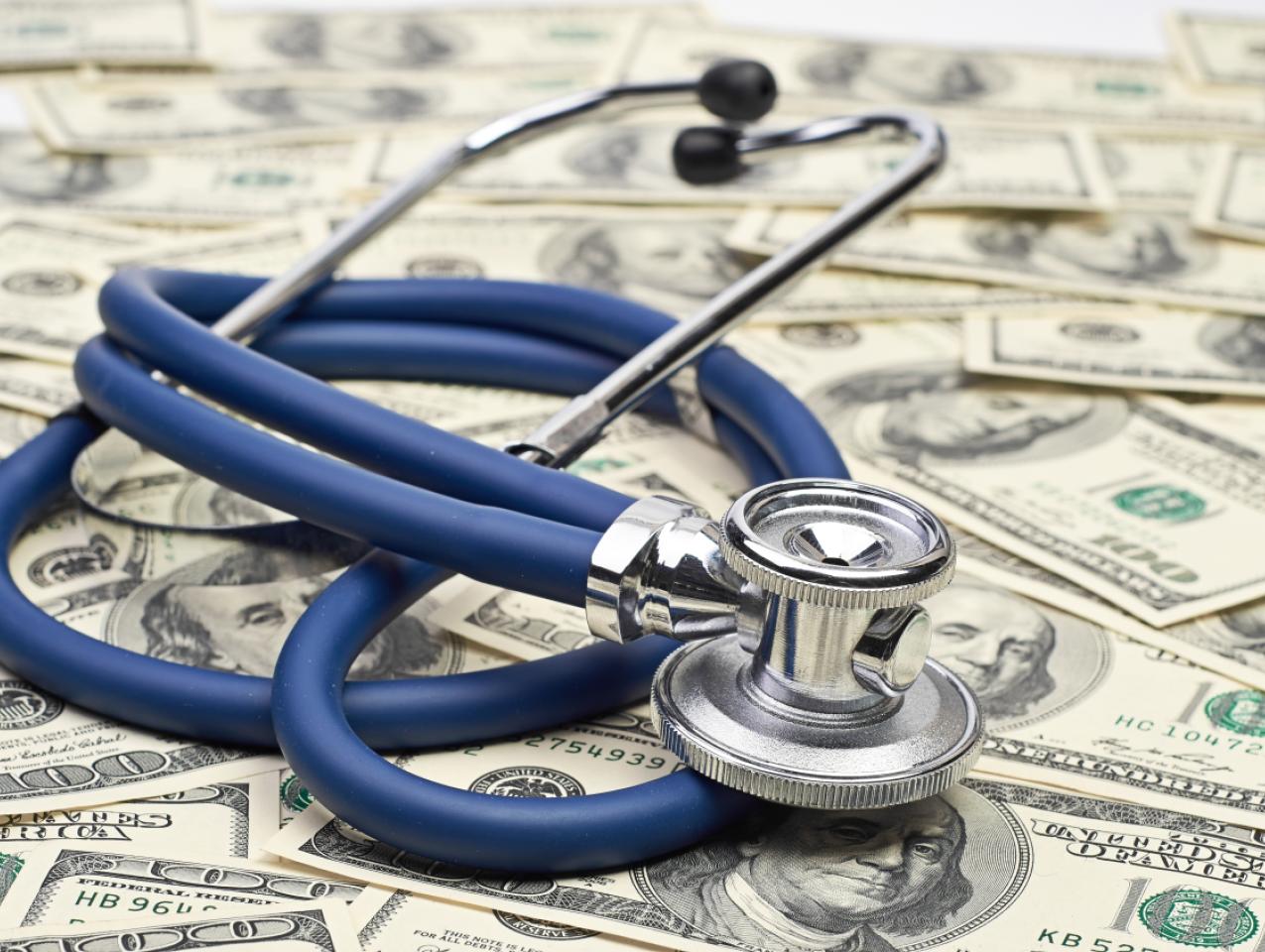 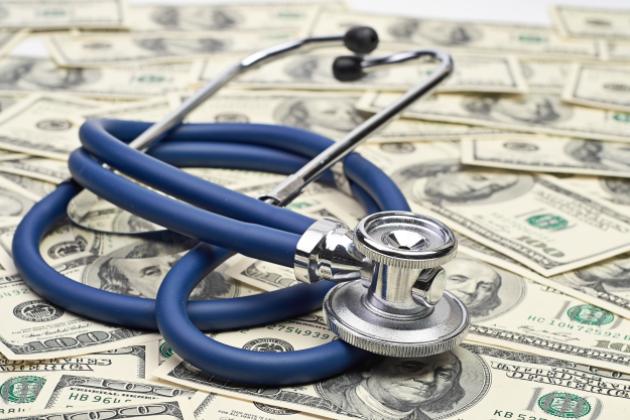 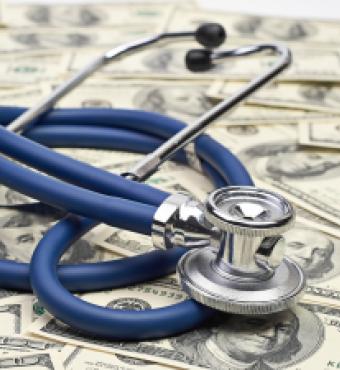 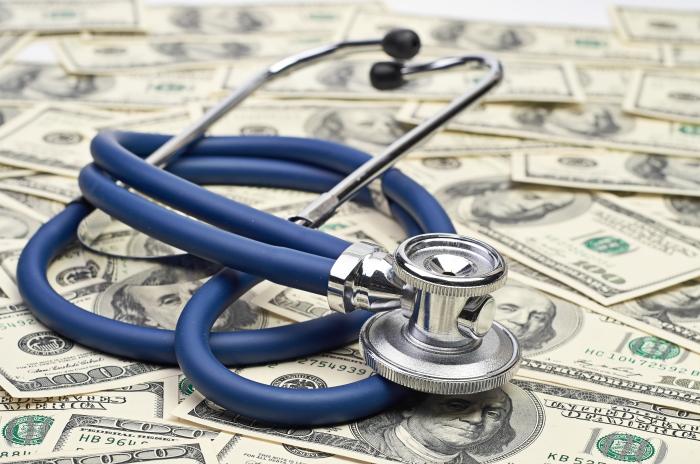 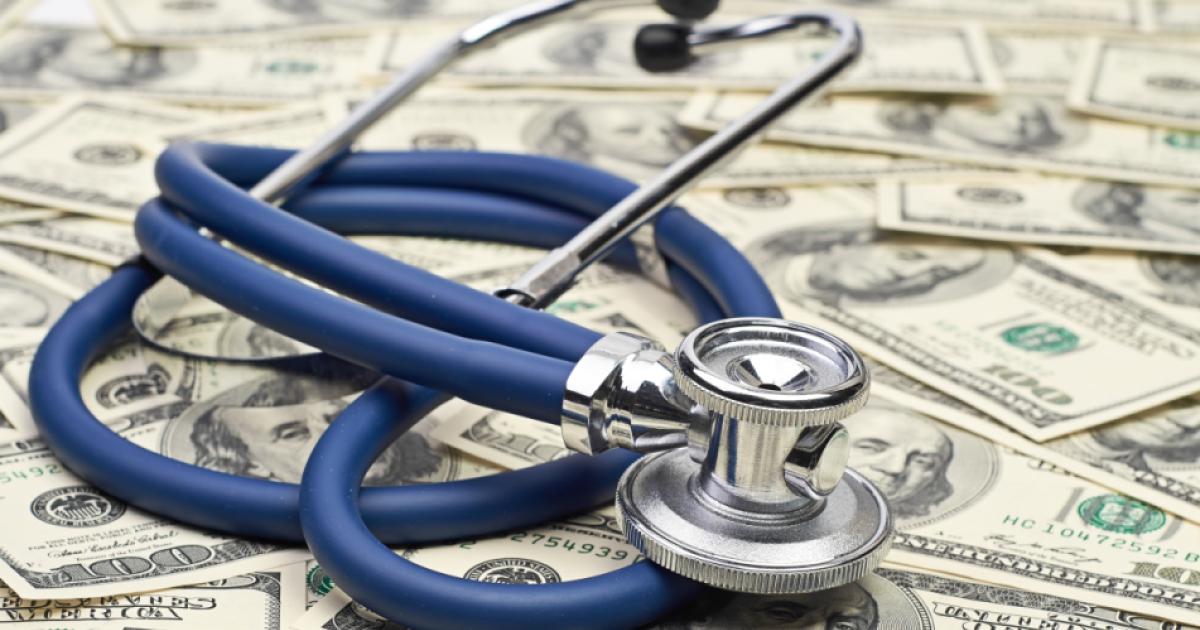 Elizabeth Warren recently rolled out her new “Medicare-for-All” plan with the strong claim that “Health Care Is A Basic Human Right.” She then backed up that claim with a story about how, when she was in middle school, her father had a heart attack and their health care expenditures nearly cost her family its home. From those two observations, she has crafted her massive entitlement system which will, when the dust settles, collapse. It will fail as individuals become unable to receive timely health care, and it will exacerbate the dislocations that plagued the Warren family. Why? Because her two points represent the worst way to think about health care, both on the revenue side and on the expenditure side.

On the first point, the stirring claim that health care is a “right” obscures all references to correlative duties. Under classical legal thought, a right to health care referred to the ability of a person to take his own money and spend it on health care with whatever health care providers that he chose. The correlative duties on the rest of the world were not to fund his care but to stand aside and let those contracts go forward as the parties chose. As in all areas of human endeavors, voluntary transactions normally generate gains for both sides. In health care markets, families and individuals are often unsure what contracts to make or why. But their best cure is to hire agents who can fill their knowledge gap, whether as personal advisors, employers, cooperatives, or religious or social groups.

Warren’s radical approach requires the negation of these traditional rights to acquire health care. Her positive right to health care necessarily imposes on someone else the correlative duty to supply that needed health care. But this broad task then faces two insuperable obstacles. First, on whom does the duty of provision apply? The Warren answer in large measure enables a government coterie to coerce employers, large corporations, and a select group of the ultra-rich to discharge that obligation. Once these payors are identified, the state will then set out the terms of coverage by running a planned economy, deciding what bundle of services will be provided and through which institutions. Friedrich Hayek’s prescient warning about the abuses of centralized power are recklessly thrown to the wind.

Warren’s model also discards private health care insurer’s exhaustive research to determine what kinds of conditions to cover and to what extent. Left to their own devices, these private insurers know that they will not last long if they require customers to make—either directly, or indirectly through health care plans—expenditures that are worth less than they cost. But no such constraint cabins these positive rights when the recipients don’t need to use their own resources to fund the health-care benefits they receive.

Under a positive rights regime, plan recipients no longer seek to conserve resources. They seek instead to take advantage of the system so long as they receive a net gain from treatment, whose cost to them at the time of service is zero. The result is that low priority cases work their way into the health care system, so that under “Medicare-for-All” the total demand for services increases while simultaneously the net benefit from their delivery falls. Health care is not special in this regard; the dangerous overconsumption of positive rights also occurs with housing and education.

Warren’s second mistake is to use personal history as the basis for social policy. All private care plans limit coverage, both in the aggregate and for particular procedures. Those limitations necessarily mean that in some defined class of cases, individuals will come up short after the fact, when with hindsight they would have purchased more coverage earlier. But Warren’s story forms a data set of one case. To get a balanced picture of the insurance market, it is also necessary to take into account the many winners—those individuals who bought limited coverage at lower cost and profited because those policies provided them with all the coverage they needed. Insurance is a large-numbers business, and Warren’s carefully selected anecdote invites going far beyond the already woolly thinking behind the expansive minimum essential benefit plans under the Affordable Care Act, which itself has caused so many dislocations in coverage.

The looming shipwreck should not come as a surprise to any careful student of institutional arrangements who knows that the law of unintended consequences lays waste to such noble dreams as universal health care. This point becomes painfully evident by looking at Warren’s naïve optimism on both funding and expenditures. The initial Warren ploy is to claim that her major redo will result in “not one penny in middle-class tax increases.” Well then, where will this money come from? Even if we could just confiscate the wealth of all of the 400 richest United States citizens, this would generate less than a $3 trillion down-payment on her $52 trillion plan. And of course, this one-time “gain” would be offset by a shrunken capital base in future years, not only from that select few, but also from the countless individuals and firms with whom these financial elites do business.

It is also, of course, possible to raise the corporate tax rate again, a move which technically does not fall on the shareholders. But this maneuver ignores that trillions of dollars in corporate wealth is owned by pension funds whose ordinary beneficiaries would see their annual payouts shrink. Taxes rarely remain where they are levied, and are instead passed forward and backward in a complex array of maneuvers to other parties along the chain of production and consumption. And a rise in corporate tax rates would hurt in yet another fashion. Corporate investments and wages are closely linked, so that as investment lags, wages fall. The recent steady improvement of wages across the income spectrum will quickly become a thing of the past.

Warren’s plan will also divert about 98 percent of the employer cost of health care to the national budget, where it will no longer be devoted exclusively to the employees of the firm but instead be spread among all members of society, representing yet another huge de facto tax on middle class employees, brought to you by the same people who are unable to run the Veteran’s Administration.

The size of these implicit taxes will be compounded by two other features of the Warren plan. First, she hopes to tax the unrealized appreciation of capital assets, an exaction that accrues without any sale of shares. That approach will force shareholders to either sell assets or borrow on them to pay their taxes. Second, taxing unrealized appreciation will present severe challenges of valuation for any financial asset without a readily determined market value. The ensuing administrative nightmare will be compounded if Warren imposes her perverse wealth tax—presently proposed at a rate of 6 percent at the top, double her previous amount. When added to the massive distortions that Warren has planned for labor and international trade, the entire system will quickly collapse under its own weight.

These major disruptions will also be felt on the buyer side of the market as well, where Warren once again attempts the impossible. She first wants to increase the amount of available coverage by offering everyone unlimited health care benefits, when and as they need it. At the same time, she will force tens of millions of people who like their current health care plans into an untested government network set up from scratch. Accordingly, physician salaries will plummet, and all sorts of other medical businesses, from practice groups to niche primary care operations like One Medical and CitiMD, will either close their doors or submit to government control. This creaky Warren edifice rests on the premise that the supply of medical services is wholly inelastic, such that if salaries plummet, the same number of physicians and other health care providers will soldier on as before, even if they can no longer make payments on their home mortgages.

Such passivity is not in the cards. Instead there will be a rush to the exit. Senior physicians will retire in droves when faced with higher taxes on smaller earnings. Foreign physicians will return home or look for greener pastures elsewhere. Young graduates will bypass medical careers altogether. Toronto and Vancouver will become destination spots for Americans that still have independent means to pay for medical services. And for the rest of the population, the laws of supply and demand will lead to the formation of queues as a wasteful means to ration services. And with queues come gray markets filled with buyers and sellers willing to work outside the system.

Let us hope this fiasco does not come to pass, for if it does, we can be sure that Warren and her inner circle, like the pigs in Orwell’s Animal Farm, will cheerfully exempt themselves from the planned misery they will plan to impose on others.