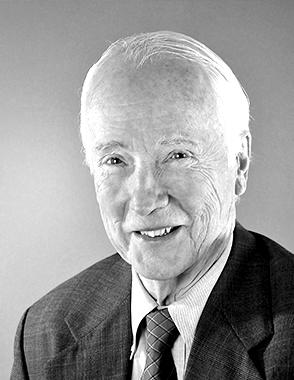 Scott was the chair and driving force behind the Resolution Project established at the Hoover Institution in the spring of 2009. Under Scott's leadership, this group developed the very influential Chapter 14 reform proposal, which is now part of legislation that has passed the House of Representatives.

He was also an active member of the Hoover Working Group on Economic Policy.

Scott joined the Stanford law faculty in 1968. From 1963 to 1968, he served as general counsel of the Federal Home Loan Bank Board in Washington, DC, and from 1961 to 1963 was chief deputy savings and loan commissioner of California. Before those appointments, Scott was in private practice with the firms of Sullivan and Cromwell in New York and Musick, Peeler and Garrett in Los Angeles. He earned an AB in economics in 1949 from the College of William and Mary and attended Princeton University as a Woodrow Wilson fellow, receiving an MA in political science in 1953. He graduated from the Stanford Law School in 1956 with an LLB and is a member of the state bar in New York, California, and the District of Columbia.