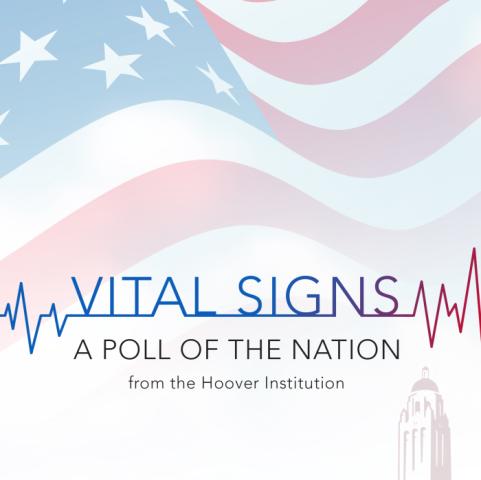 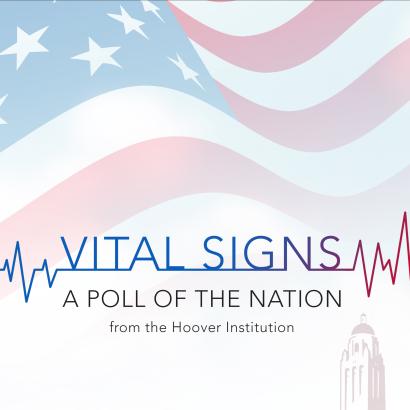 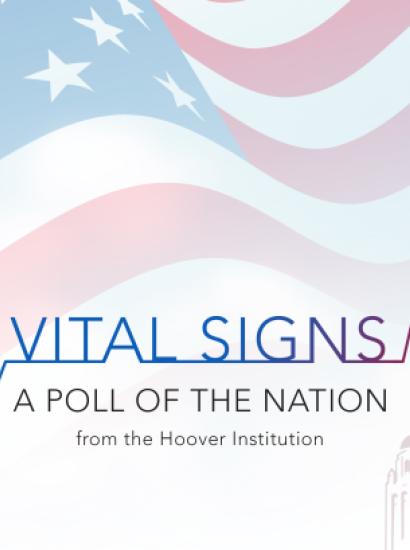 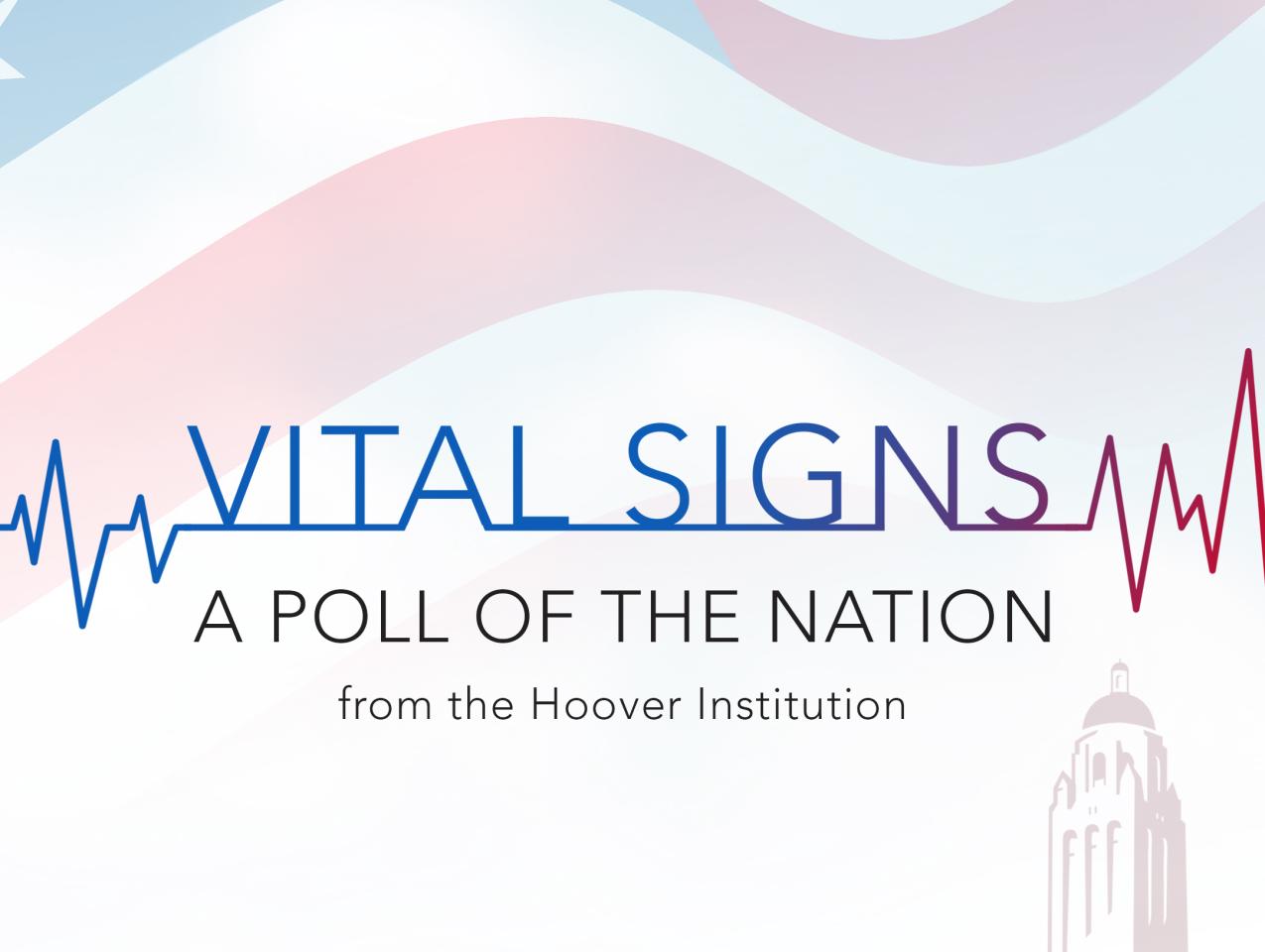 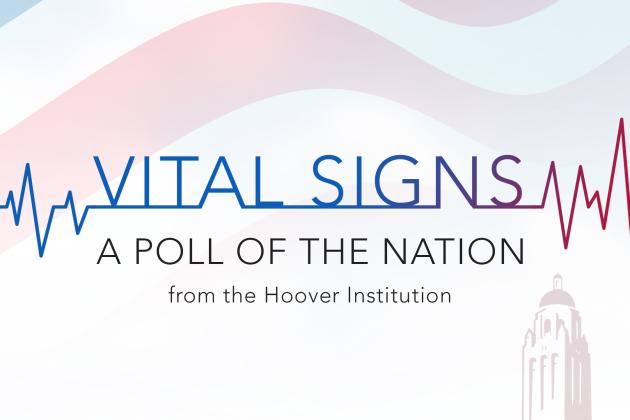 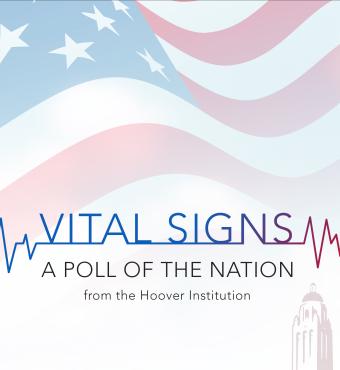 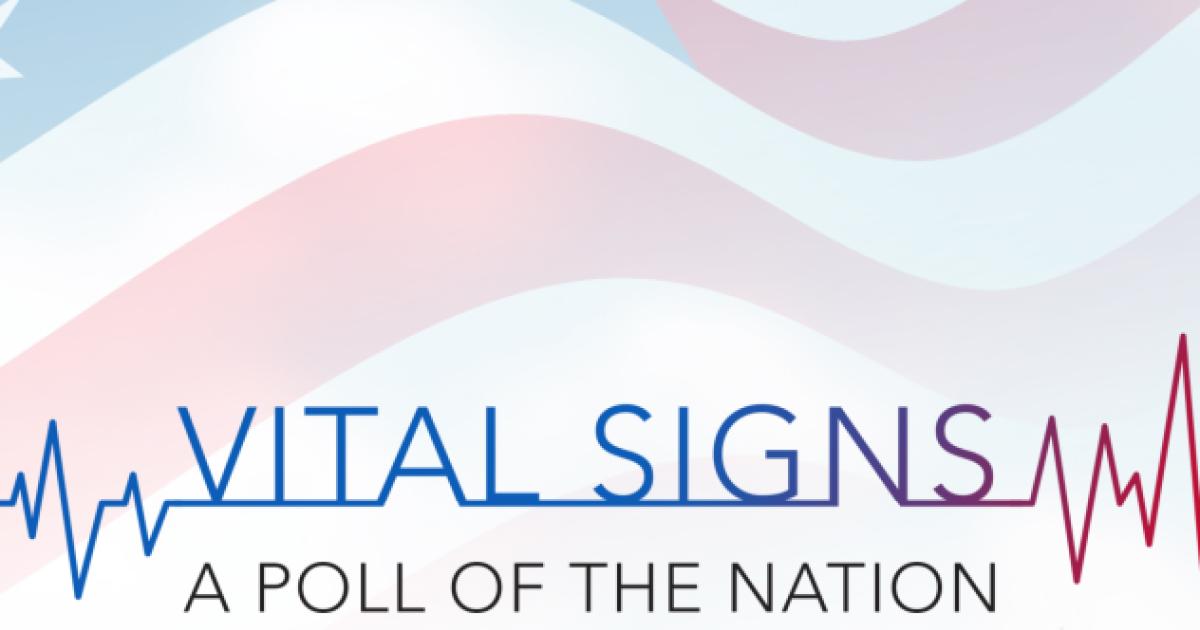 The Hoover Institution, in partnership with YouGov, has released its second annual Vital Signs national poll of the American electorate. The 2022 survey measures voters’ attitudes on the same themes as the initial poll in 2021: government power and liberty; social and environmental justice; and populism.

In this conversation, senior fellows David Brady and Douglas Rivers, managers of the Vital Signs project, analyze the findings of the survey, which demonstrate that Republicans and Democrats remain deeply divided on traditional issues such as the appropriate level of government intervention in the economy. They explain that although new divisions have opened on issues related to COVID-19-directed public health measures (including vaccine mandates), most Americans across the political spectrum agree that the coronavirus is here to stay and that the nation needs to learn to live with it.

Brady and Rivers show that significant proportions of both Republicans and Democrats share a general distrust of social and political institutions and don’t feel that their voice matters in the policy-making process. And while each side largely differs on the specific institutions that they trust and distrust, a majority of both parties express some or a lot of confidence in law enforcement. This is a drastic difference from the 2021 survey, in which Democrats expressed less confidence in the police.

Finally, Brady and Rivers describe the results of an additional theme of the 2022 poll (not included in last year’s survey), which examines how Democrats and Republicans perceive each other and whether partisan attitudes shape and impact personal relationships.

Will you describe the origins of the Vital Signs poll?

Douglas Rivers: In 2020, Condoleezza Rice asked David Brady and I to create an annual survey in which we would track issues that are relevant to the topics of research at the Hoover Institution, and in particular, policies that are related to the integrity of American democracy and the preservation of individual liberty. In February 2021, we published the first poll, which surveyed voters’ attitudes on issues including government power and liberty, social and environmental justice, and populism. This year, we conducted a second iteration on these themes and added an additional theme that covers how voters perceive members of the opposing major party.

What are some of the key differences in results between the 2022 and 2021 surveys?

David Brady: I think the one major change from 2021 to 2022 was that a large proportion of Democrats had backed off supporting the national movement to “defund the police.” Now, most Americans have some level of confidence in law enforcement. Throughout the entire country, far-left groups had advanced resolutions to defund the police, most of which did not pass. The reason they didn’t pass was because crime has dramatically risen nationally. This was not a winning issue for Democrats.

Douglas Rivers: The other big change was in attitudes about the pandemic. When we conducted the first survey, Donald Trump was still president. He had advanced policies that were in part responsible for the rapid development and deployment of vaccines. Despite this accomplishment, Republicans have turned against vaccine mandates. It’s become an issue of personal freedom. Support of the anti-vax movement has become stronger among Republicans and is almost nonexistent among Democrats. Just a few years ago, anti-vaxxers were a mix of far-left and far-right people. Now it has become a much more mainstream Republican view.

The interesting feature of the current polarization is that on most issues, such as abortion, people’s positions have not changed a whole lot over time. What has changed is that Republicans have become universally anti-abortion and Democrats pro–abortion rights. There are also some new issues that didn’t exist a few years ago, including the argument that the 2020 election was stolen and the public health policy response to the COVID-19 pandemic. In both cases, the parties have ended up on completely different sides. You can’t find a Democrat that believes that the election was stolen, and just a small proportion (5 percent) of them remain unvaccinated.

David Brady: I would add that there are more Americans who now agree that COVID-19 is here to stay and we must live with it. We conducted this year’s survey during the height of the Omicron wave. We found that people across the board are done with the pandemic. They want to reopen schools and relax mask mandates.

An interesting finding of the Vital Signs poll is that both sides of the political aisle felt that there was a high degree of discrimination against Blacks, Hispanics, and Asians. What do you think accounts for this convergence?

David Brady: I think it’s just a recognition of reality. However, the main difference between the parties on this issue of race is that a lot more Republicans think Whites are also discriminated against and Democrats do not.

In the poll, we didn’t go to any of the details about how much discrimination there was in our society and the ways in which it should be corrected. In such cases, I think we would see many differences. Republicans, for example, would not be in favor of affirmative action for admissions into colleges and universities.

The survey demonstrates that populism has become popular on both sides of the political aisle. Will you describe some of the differences and similarities between Democratic and Republican brands of populism and why, as you indicate, more independents are aligned with the Republican version?

David Brady: What we typically mean by populism is a distrust of the elite. It is the idea that the elite has advanced policies that are self-serving and destructive to the rest of the nation. It turns out that, when we asked voters if they believed the federal government is run for a few big interests, 76 percent of Republicans and 65 percent of Democrats agreed.

Another question posed was, Do you believe that politicians “lie most of the time or all the time about what they will do once elected?” Sixty-three percent of Republicans and 47 percent of Democrats responded in agreement. The difference here between members of both parties depends in part on who is holding political office. When Donald Trump was president, larger proportions of Democrats were suspicious of politicians than they are today.

I think that the most disturbing finding was how, across the board, many of our respondents believe that nothing they do will influence what happens in politics (59 percent of Democrats and 51 percent of Republicans).

Douglas Rivers: Both Democrats and Republicans are populist in the sense that they distrust the political process at the moment, primarily because they think the other party is somewhat illegitimate and corrupt. Beyond these general issues, there are specific institutions that garner significantly more support from one party over the other. For instance, Democrats tend to have positive views of universities and the media, whereas Republicans are extremely negative on those. The institutions Republicans have greater trust in are the military and, to a lesser extent, business. Democrats have tended to historically distrust the military, although these negative views have decreased in recent years.

In terms of policy issues that ignite populist sentiments, like immigration and trade, the parties have been very polarized. We didn’t include these issues in the poll, but it used to be that large numbers of Democrats were anti-trade and somewhat distrustful of immigration. However, since Trump ascended on the political scene six years ago, more and more Republicans have adopted anti-trade and anti-immigration positions, and the Democrats have moved in the opposite direction.

Is there a broad political consensus on trade issues that involve China?

Douglas Rivers: If you ask your average economist about trade, they will say it’s always a good thing. However, the public at large has been more distrustful.

Democrats and Republicans in Congress used to be fairly supportive of free trade. At one point, the Republican base was more supportive than the Democratic side. It’s now the opposite. Democrats became more pro-trade during the Trump administration. But that may just be their perception of Trump’s contempt for liberal values. With that said, a majority of Democrats still don’t support free trade with China given its aggressive behavior on the world stage and egregious human rights abuses.

Please tell our audience how respondents answered questions about how they perceive members of the opposite party.

Needless to say, members of both parties didn’t see themselves in those ways. Sixty-six percent of Democrats said that members of their own party were not socialists and less than 5 percent of Republicans said that the GOP was racist. We went on to ask the respondents if they would describe people who support the Democratic and Republican parties with any of the following words: patriotic, intelligent, honest, open-minded, generous, closed-minded, hypocritical, selfish, mean, or none of the above. It turns out that Republicans describe Democrats in not-so-friendly terms and Democrats describe Republicans very much the same way.

When asked whether they talk politics with friends of the opposite party, a majority (70 percent of partisans of both stripes) responded positively and said they had no problem expressing their views.

Douglas Rivers: Political scientists call this “affective polarization.” There is this view, which I think is exaggerated, that people hate others on the opposite side of the political aisle. When we asked in general what they think about Democrats and Republicans, the respondents’ negative perceptions—in my opinion—were shaped by polarizing figures whom they observe in the news media. However, the fact that a majority of respondents are willing to have friends in the opposite party demonstrates just how little politics occupies the average person’s life.

Does this polling reflect the relationships among members of US Congress?

David Brady: In Congress, there has always been a game of politics where partisan groups will describe each other as adversaries in order to raise money. However, it used to be that members spent much more time in Washington and built relationships with others on the opposite side of the aisle. Now it’s a Tuesday-to-Thursday club. They spend Tuesday, Wednesday, and Thursday in Washington and then fly back to their home districts. Many members don’t even have a home in Washington. Some actually sleep in their Capitol Hill offices. Bottom line, there is much less personal interaction and therefore much less friendship. On top of this, the public is so polarized that it is more difficult for politicians to find a middle ground.

Douglas Rivers: Plus, there are many junior members of Congress who spend lots of time on TV, and that’s something that didn’t happen fifty years ago. Politicians can now raise a lot of money by acting like a firebrand on TV. This is especially evident in the behavior of the most extreme members of both parties. I think this factor has led to much less of the cooperation that we saw when members of Congress were relatively anonymous and derived their power from committee chairmanships.