One of the most consequential policymakers of all time, having served three American presidents, George P. Shultz died Feb. 6 at age 100. Remembered as one of the most influential secretaries of state in our history, Shultz was a key player, alongside President Ronald Reagan, in changing the direction of history by using the tools of diplomacy to bring the Cold War to an end. He knew the value of one’s word, that “trust was the coin of the realm,” and stuck unwaveringly to a set of principles. This, combined with a keen intelligence, enabled him to not only imagine things thought impossible but also to bring them to fruition and forever change the course of human events. Sunday, February 7, 2021 3 min read 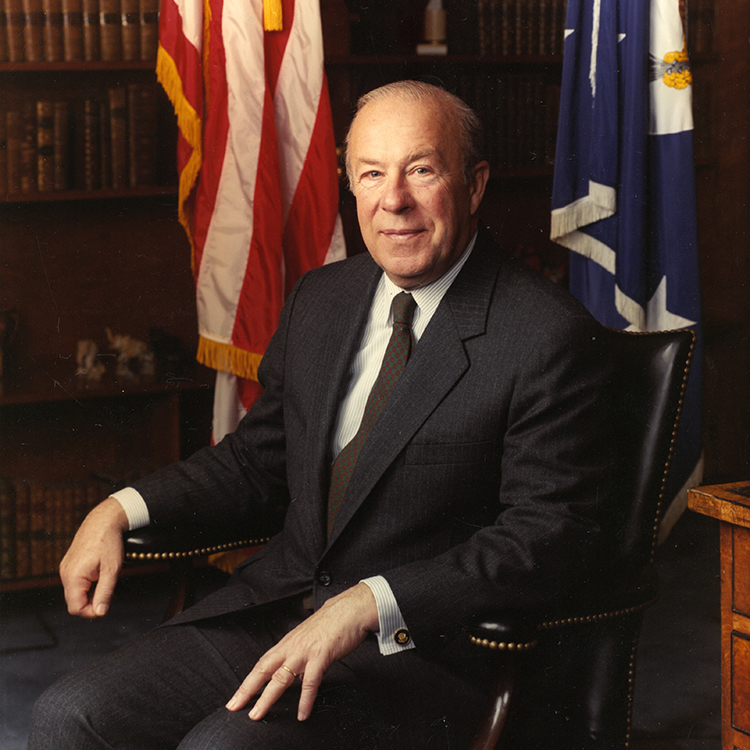 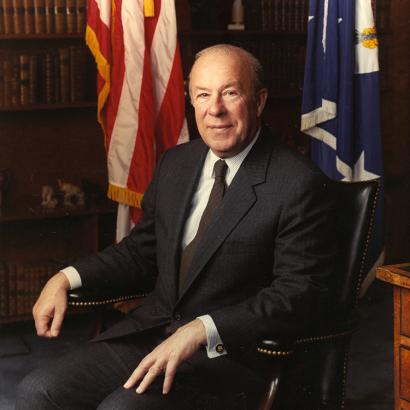 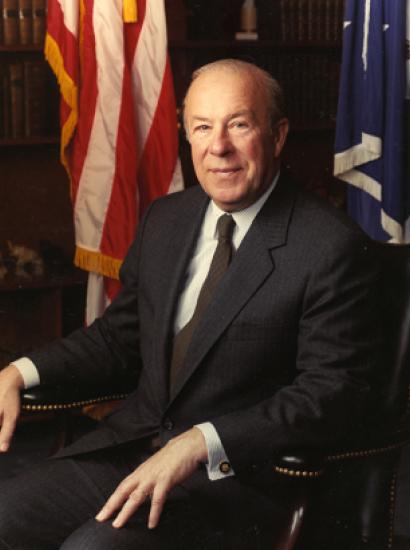 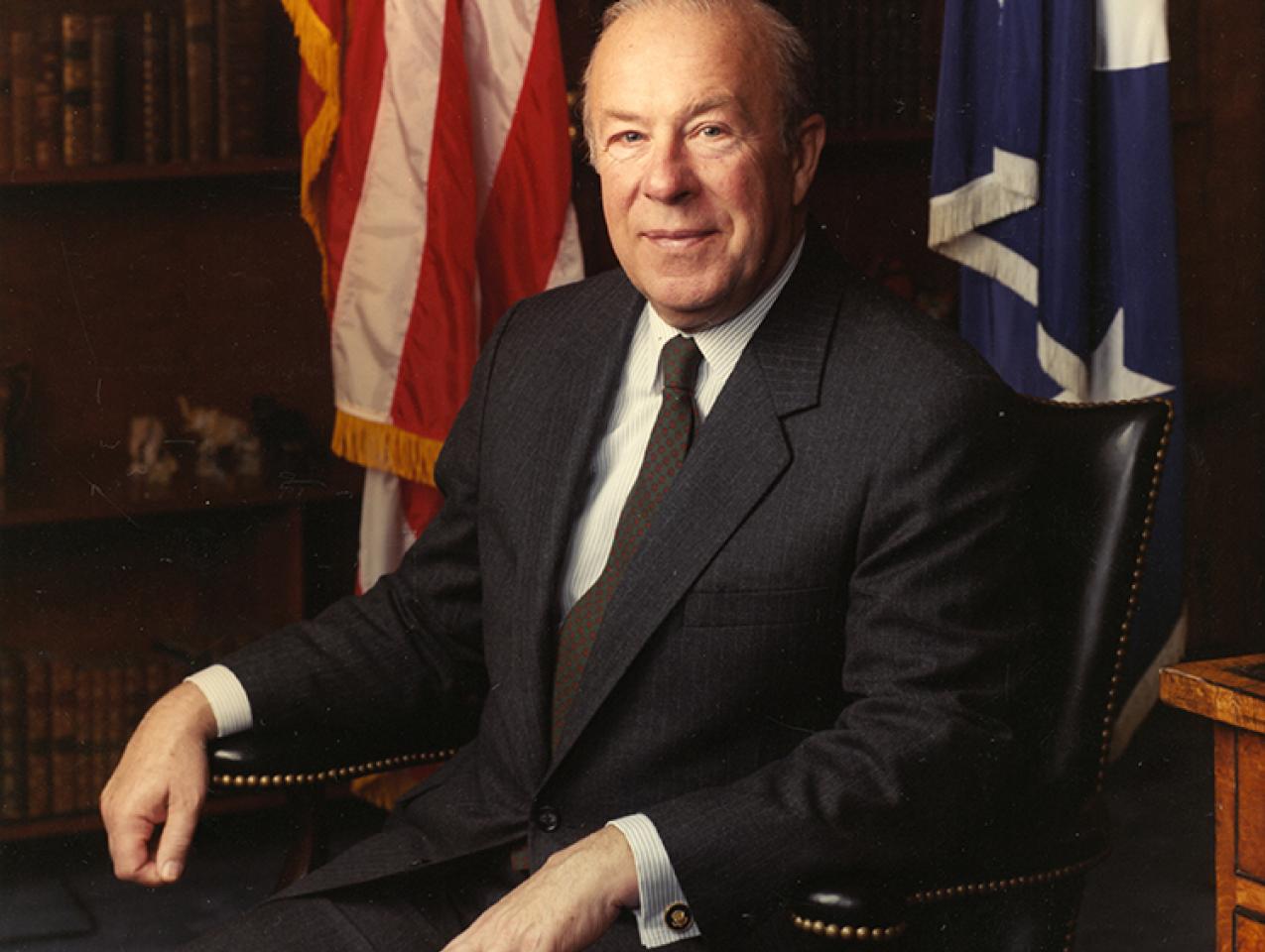 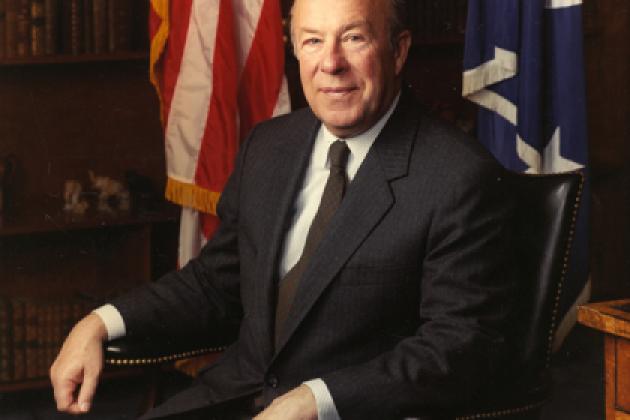 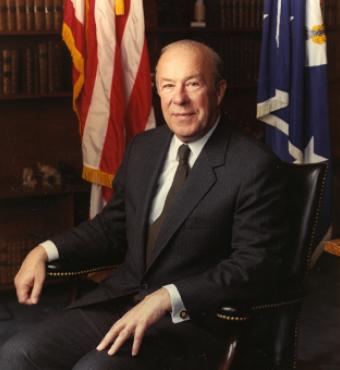 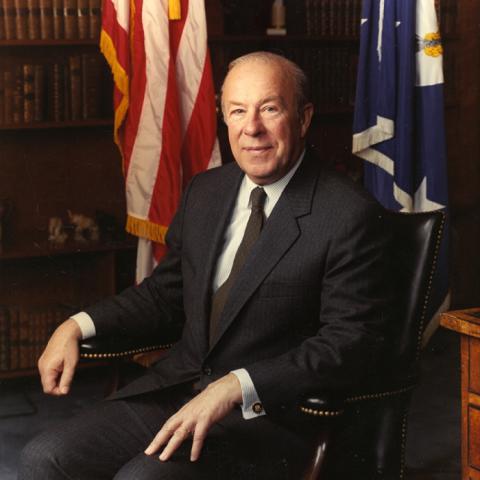 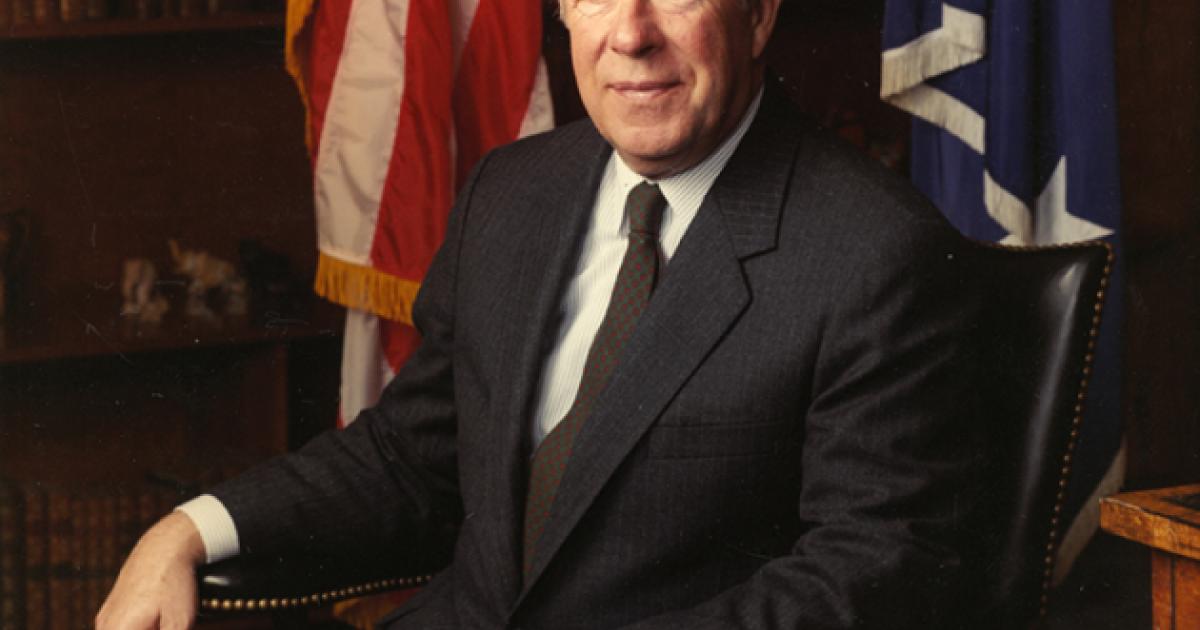 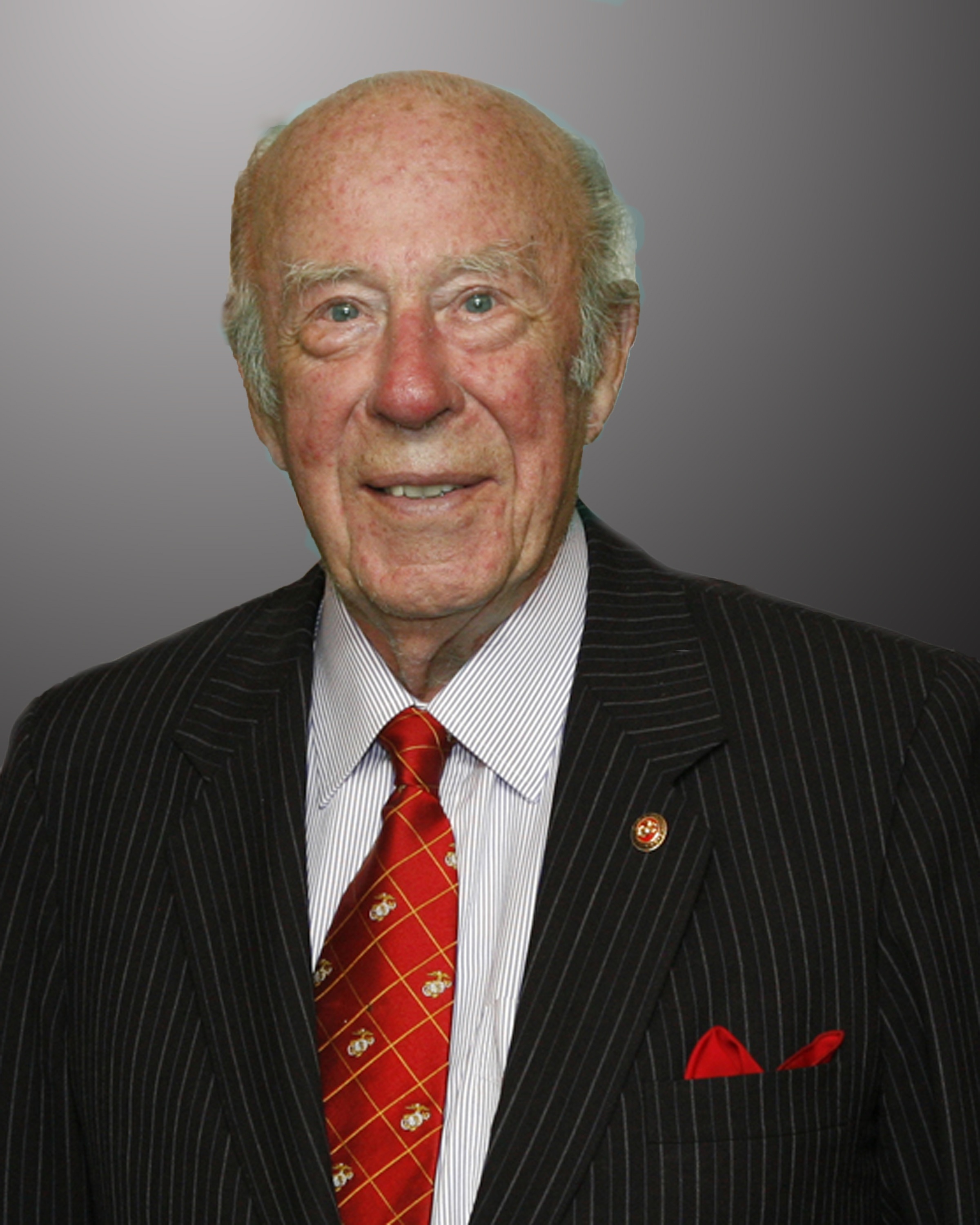 Hoover Institution (Stanford, CA) - One of the most consequential policymakers of all time, having served three American presidents, George P. Shultz died Feb. 6 at age 100. Remembered as one of the most influential secretaries of state in our history, Shultz was a key player, alongside President Ronald Reagan, in changing the direction of history by using the tools of diplomacy to bring the Cold War to an end. He knew the value of one’s word, that “trust was the coin of the realm,” and stuck unwaveringly to a set of principles. This, combined with a keen intelligence, enabled him to not only imagine things thought impossible but also to bring them to fruition and forever change the course of human events.

George Pratt Shultz, the Thomas W. and Susan B. Ford Distinguished Fellow at the Hoover Institution and professor emeritus at Stanford’s Graduate School of Business, had a distinguished career in government, in academia, and in the world of business. He is one of only two Americans to have held four different federal cabinet posts - State, Treasury, Labor, and Office of Management and Budget. He taught at three of this country’s great universities, and for eight years was president of a major engineering and construction company.

Condoleezza Rice, a fellow former Secretary of State and current director of the Hoover Institution, where Shultz served for more than 30 years until his passing, said, “Our colleague was a great American statesman and a true patriot in every sense of the word. He will be remembered in history as a man who made the world a better place.”

His colleagues at Hoover called him the “great convener” because he would assemble the greatest minds together to tackle the most difficult and vexing problems. He never shied away from trying to find solutions to challenges, whether they were on the global stage or just down the street. Many were not aware of Shultz’s quieter contributions or how deeply he cared about his local community, especially K-12 schools. He and his wife, Charlotte, worked tirelessly as leaders in the Bay Area, San Francisco and the Stanford community, concerned with questions of disparity, particularly in K-12 education. Fulfilling America’s promise of equality was a driving force for him and he believed deeply that only by delivering at home, could the United States lead with moral authority abroad.

Shultz was born in New York City on December 13, 1920, and grew up in Englewood, New Jersey. He graduated from Princeton University in 1942 with a bachelor’s degree in economics and shortly after that enlisted in the US Marine Corps where he served through 1945. He then resumed his studies, this time at the Massachusetts Institute of Technology (MIT), where he earned a PhD in Industrial Economics in 1949. In 1955 he served as a senior staff economist on President Eisenhower’s Council of Economic Advisers. Shultz taught at MIT and the University of Chicago Graduate School of Business, where he became dean in 1962.

He returned to government when he was appointed Secretary of Labor by President Nixon in 1969. In June 1970, he became the first director of the newly formed Office of Management and Budget. In May 1972, he was named Secretary of the Treasury, a post he held for two years. During this period, Shultz also served as chairman of the Council on Economic Policy, negotiated a series of trade protocols with the Soviet Union, and represented the United States at the Tokyo meeting on the General Agreement on Tariffs and Trade.

Shultz left government service in 1974 to become president and director of the Bechtel Group, where he remained until 1982. While at Bechtel, he maintained close ties with the academic world by joining the faculty of Stanford University.

Shultz held two key positions in the Reagan administration: chairman of the President’s Economic Policy Advisory Board (1981–82) and Secretary of State (1982–89). As Secretary of State, he played a key role in implementing a foreign policy that led to the successful conclusion of the Cold War and the development of strong relationships between the United States and the countries of the Asia-Pacific region including China, Japan, and the Association of Southeast Asian Nations.

After leaving office, Shultz rejoined the Bechtel Group as director and senior counselor. He also rejoined Stanford as professor of international economics at the Graduate School of Business and as a distinguished fellow at the Hoover Institution. In 2001, Shultz was named the Thomas W. and Susan B. Ford Distinguished Fellow at the Hoover Institution.

Throughout his life, Shultz had authored many books, earned countless awards - including the nation’s highest civilian honor, the Medal of Freedom in January 1989 – as well as numerous honorary degrees from some of the nation’s top universities. His memoir, Turmoil and Triumph: My Years as Secretary of State, is a comprehensive account of his service and stands as a model for post-government memoirs.

Over the past three decades, Shultz’s portfolio consisted of nuclear disarmament, climate change, developing a sensible energy policy, Arctic Ocean security, economics and international trade, plus how to better explain the value of free markets and fair treatment of labor for a nation trying to heal its social, racial and economic divides.

His recent initiative at the Hoover Institution, Governance in an Emerging New World, revealed Shultz’s penchant for open discussions on how governments, institutions and society can best respond to rapid changes. He hosted about a dozen “governance” events on the Stanford campus starting in 2018 and in November 2020 co-authored A Hinge of History: Governance in an Emerging New World, a companion publication offering key insights that emerged from the multiyear series of roundtables and expert contributions.

On December 13th, Shultz celebrated his 100th birthday (virtually) at the Hoover Institution where distinguished guests from all over the world came together to celebrate his singular legacy and lasting impact.

Before his centennial birthday, Shultz wrote an opinion piece for the Washington Post, entitled: The 10 Most Important Things I’ve Learned About Trust Over My 100 Years. He wrote:

“Dec. 13 marks my turning 100 years young. I’ve learned much over that time, but looking back, I’m struck that there is one lesson I learned early and then relearned over and over: Trust is the coin of the realm. When trust was in the room, whatever room that was — the family room, the schoolroom, the locker room, the office room, the government room or the military room — good things happened. When trust was not in the room, good things did not happen. Everything else is details.” 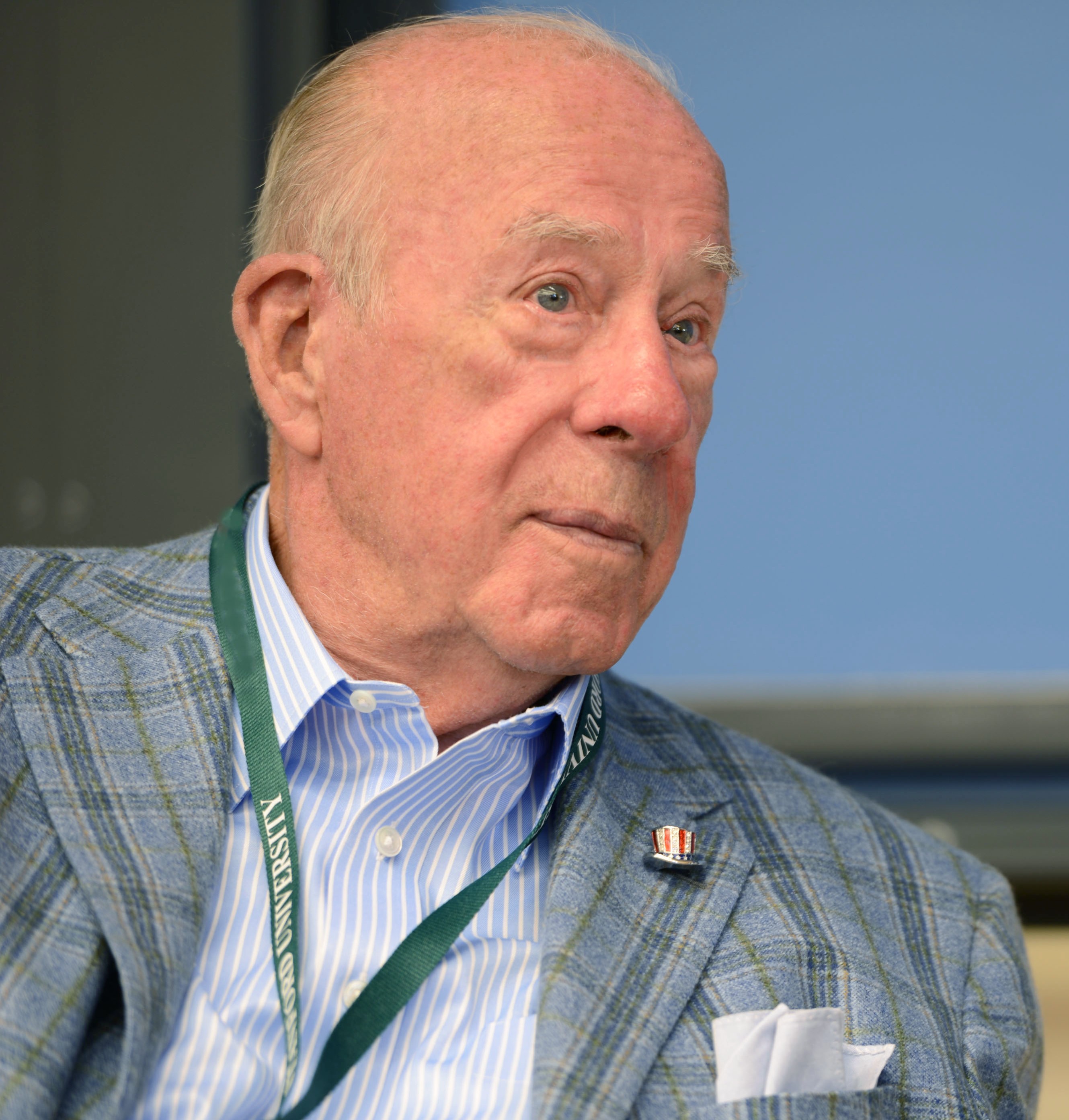 In remembrance and honor of George P. Shultz, the family suggests that charitable donations may be made to the George P. Shultz Program Fund at the Hoover Institution. The fund will make it possible to carry on his craft of turning ideas into action in the areas of national security, energy and climate, economics, education, and equality of opportunity.

Contributions may be sent to:

Donations may also be made online here.

We thank you for honoring this great man.