With California’s June 7 primary only a week away, a new poll of California voters conducted by the Hoover Institution Golden State Poll finds Hillary Clinton and Donald Trump with large leads in their respective primaries but cautionary signs lay ahead and good news for Democratic U.S. Senate hopefuls Kamala Harris and Loretta Sanchez. Tuesday, May 31, 2016 3 min read 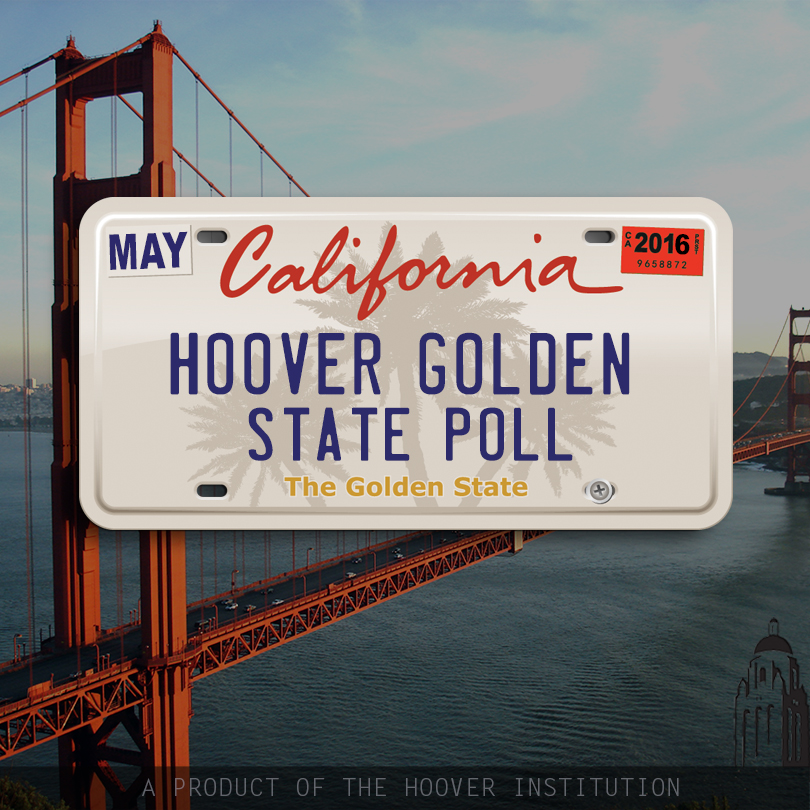 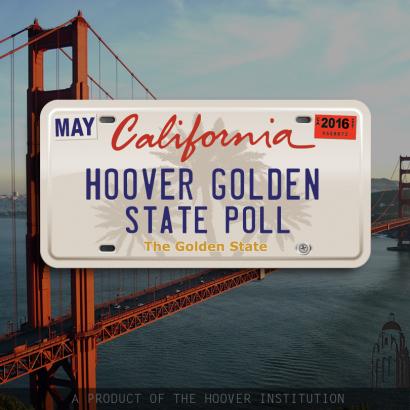 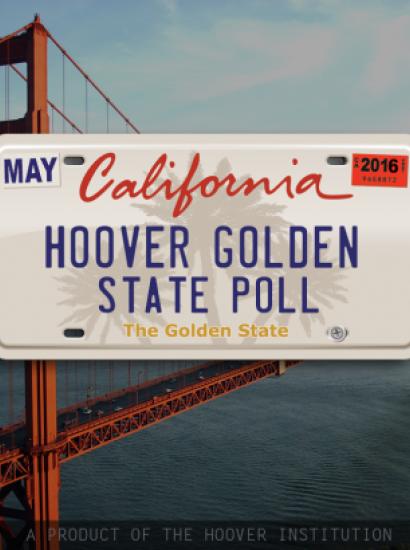 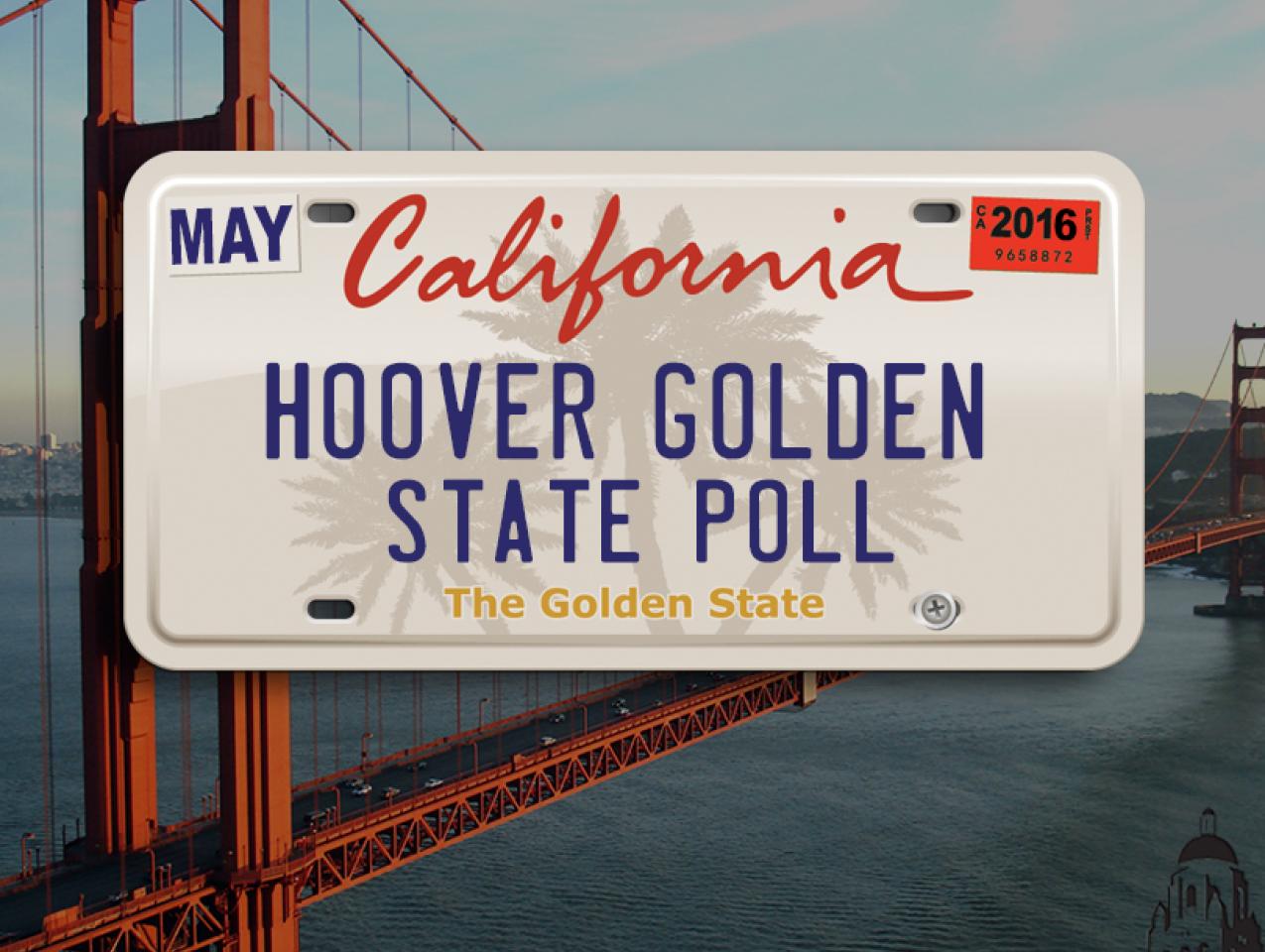 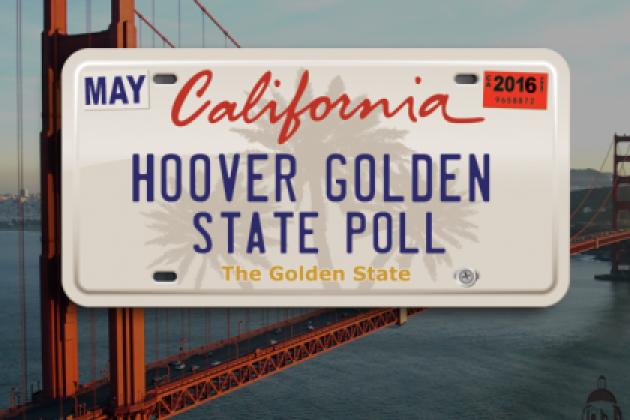 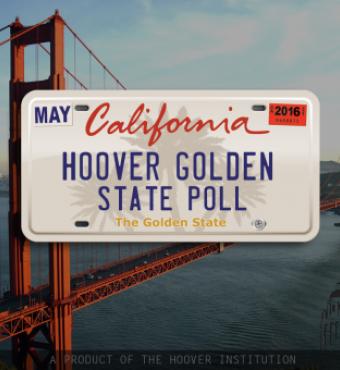 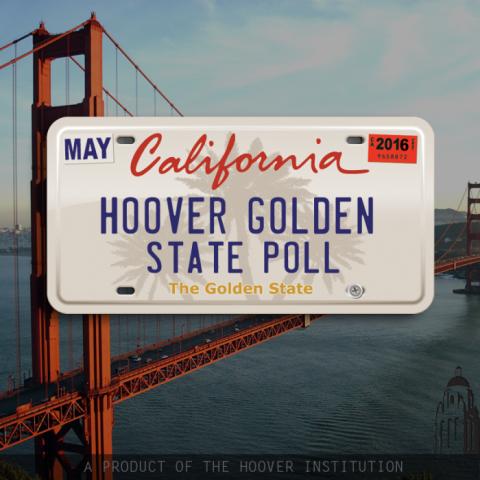 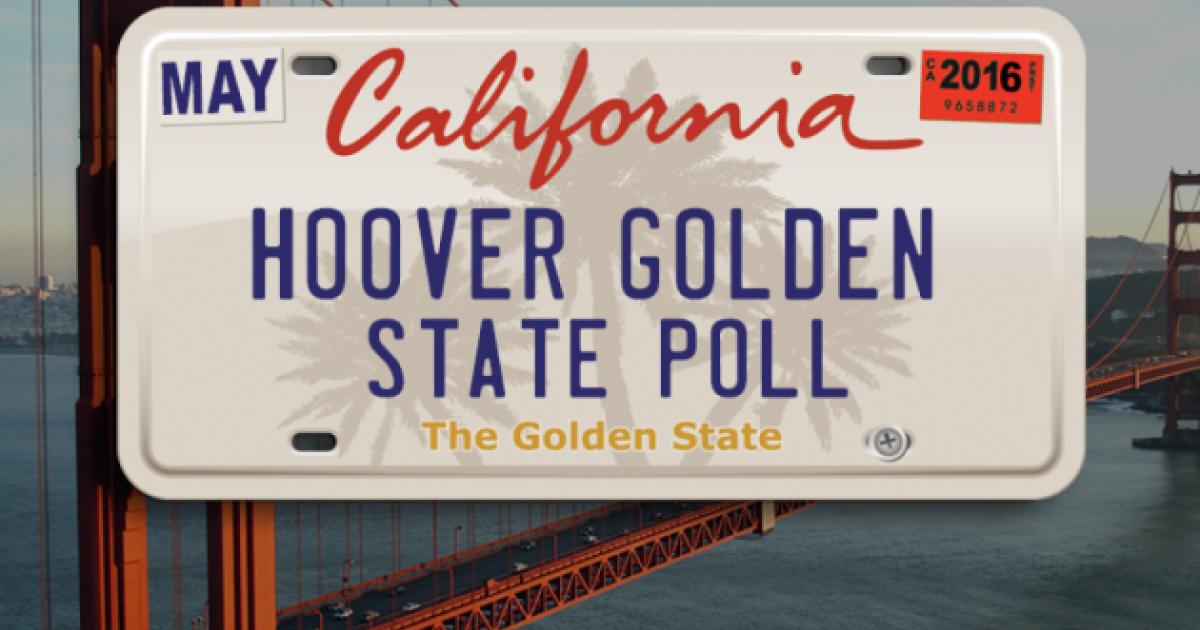 Trump receives 66 percent in the Republican contest. Why that lofty number is problematic: Mitt Romney, like Trump a nominee-in-waiting, received 79.5 percent of the vote in California’s 2012 GOP presidential primary.

Clinton, meanwhile, continues to struggle with younger primary voters – Sanders leads 61 percent to 30 percent among Californians under-30 and shows weakness among “no party preference” voters, trailing Sanders by 40 points.

Bruce Cain, the Spence and Cleone Eccles Family Director of Stanford University’s Bill Lane Center for the American West, said, "The huge age divide in the Democratic contest poses a serious strategic question for the Clinton campaign: spend a lot of money now to try to offset or reduce this gap to avoid an embarrassing primary outcome that will not affect the delegate count much, or be patient, save her money and address the problem in the fall."

Unity issues for both parties

Bill Whalen, a Hoover Institution research fellow involved in the polling, said, "The California primary may not carry the same drama and weight as it did a month ago, but this poll confirms trends that should concern both frontrunners. Republicans are slow to get on board with Donald Trump. Hillary Clinton struggles to unite her party and broaden her appeal.”

If these results hold up, under California’s open-primary rules, both Harris and Sanchez would advance to the general election.

The survey, which interviewed 1,700 adult (18 and up) Californians, was conducted from May 4 to May 16. The full poll results for the survey, which has a margin of error of +/- 3.47 percent for the full weighted sample, can be found here.

The May-June 2016 issue of Eureka, a Hoover Institution online publication focusing on policy, political and economic issues confronting California, will be released in conjunction with this survey. The new issue lays out the advantages and disadvantages of Prop. 14, explores future of political reform in California, and provides an in-depth analysis of the Golden State Poll’s results.

The Hoover Institution Golden State Poll is conducted quarterly by researchers at the Hoover Institution at Stanford University, in partnership with the survey research firm YouGov. The May 2016 Hoover investigators are: Carson Bruno; Lanhee Chen; Tammy Frisby; and Bill Whalen, with further guidance provided by Cain.