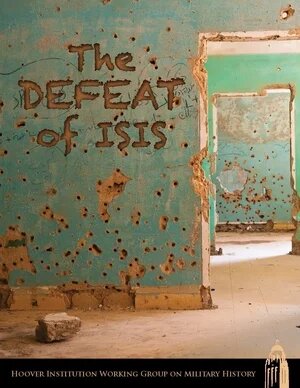 THE DEFEAT OF ISIS

The destruction of ISIS is practicable, but requires more than just periodic bombing—and yet less than large infusions of conventional troops on the ground in the Middle East. Past American failures were not attributable so much to flaws in counter-insurgency doctrines or the inability of special forces and US military trainers and advisors to defeat terrorists and insurrectionists, as due to the absence of a consistent strategy, of a broad bipartisan political consensus, and of policies of intervention plainly articulated to the American people as cost-effective, achievable—and in the American national interest.

Implementing Stability in Iraq and Syria
by Max Boot

The Destruction of ISIS
by Peter R. Mansoor

Preventing Operational Atrophy in the Long War
by Vince Goulding 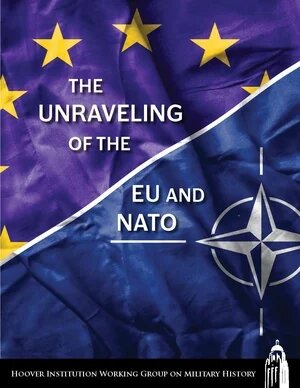 THE UNRAVELING OF THE EU AND NATO

Criticism of both the European Union and NATO should not be seen as necessarily synonymous with advocacy for the end of either. Instead, needed reform is critical to save both organizations. In the case of the European Union, more decentralization, federalism, and democracy among EU members might arrest the unfortunate top-heavy and inflexible bureaucracies that have led to financial, immigration, and border disputes that could result in a continental wide version of Brexit. NATO’s problem may be somewhat the opposite: at present there may not be enough cohesion, military investment, and commonality among the disparate members, or sufficient centralized control, to marshall the necessary resources to deter threats to the Western alliance.

EU and NATO: Obsolete or Obstinate?
by Josef Joffe

A Future for NATO and the European Union
by Paul Rahe THE PROTECTION OF US ALLIES

This essay series considers whether alliances are different from merely ad hoc and temporary coalitions of those willing to share the burden of fighting in particular places for a set time. If they are, how should the United States strengthen its current alliances and reassure our long-time allies across the globe that we still entertain mutual concerns that will translate into shared efforts to protect friends and punish enemies? Furthermore, if traditional U.S. security guarantees to our major allies are insufficient, do they have the ability to develop their own deterrent forces?

A Single British Soldier: On Extended Deterrence and Security Guarantees for America's Allies
by Josef Joffe

The Protection of US Allies
by Andrew Roberts FROM TACTICAL SUCCESS TO STRATEGIC VICTORY

Since the Vietnam War, the United States has found it difficult to translate tactical successes on the battlefield against an array of enemies into long-term strategic advantage. A variety of reasons may explain this half-century phenomenon—from the growth in the number of nuclear powers and attendant deterrence, a change in attitudes among Western publics about the costs, utility, and morality of using armed force, to the informational revolution through social media, the Internet, and telecommunications that can bring even insignificant battles instantly to the attention and assessment of the entire world.

How We Fight in the Twenty-First Century: Winning Battles While Losing Wars
by Bing West

Why America Can't Win Its Wars
by Peter R. Mansoor The ultimate fear of Americans is a repeat of the 9/11 attacks, over a decade after the devastating attacks on our airliners, the World Trade Center, and the Pentagon. Are we still safe from another attack, or has our vigilance slipped both here and abroad, out of complacency, naiveté about the ongoing threats we still face, or the enemy’s ability to expand and innovate?

What Terrorism Could Have in Store for America
by Mark Moyar

ISIS: A Threat?
by Williamson Murray ALLIES AND ENEMIES IN THE WAR ON TERROR

We seem to have a static view of our friends and opponents in the war against terrorism. In fact, allies and enemies are fluid in their efforts to help, to hinder or to just ignore the U.S. Their attitudes abroad constantly shift as a result of the perceived strength and will of the U.S. at any given time to defeat radical Islamic terror.

Realism about Allies: What the U.S. Can Expect from Middle Eastern Partners
by Frederick W. Kagan

Is Iran an Ally or Enemy?
by Bing West China’s neighbors seem to be weighing three choices in the face of an ascendant China: Should they look to an increasingly diffident U.S. for traditional guarantees of their security? Should they step up their own defenses, including the possibility of going nuclear? Or should they make concessions to Chinese aggression in realigning their foreign policy with the perceived new superpower?