In 2018, the United States faced many issues at home and abroad: immigration, trade, Supreme Court justices, health care reform and Medicare for All (M4A), socialism, entitlement spending, the Middle East, Russia, North Korea, China, and the midterm elections, as well as infrastructure, deficits and debt, and tax reform. Throughout it all, in publications across the country, Hoover fellows offered their solid, creative, thoughtful, and scholarly insight, ideas, and policy recommendations. Here is a selection of their work. Friday, December 21, 2018 7 min read 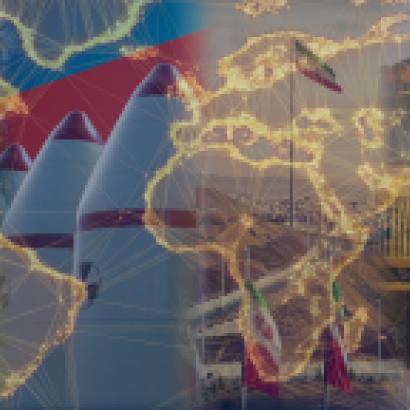 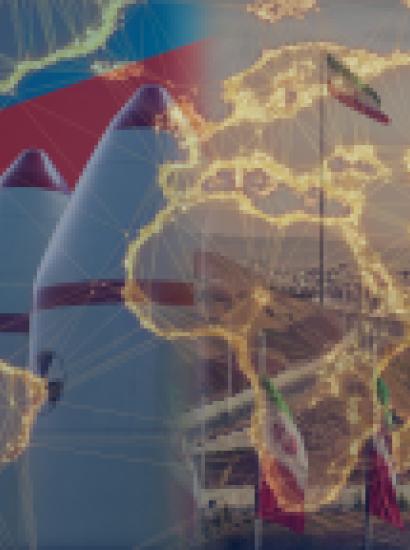 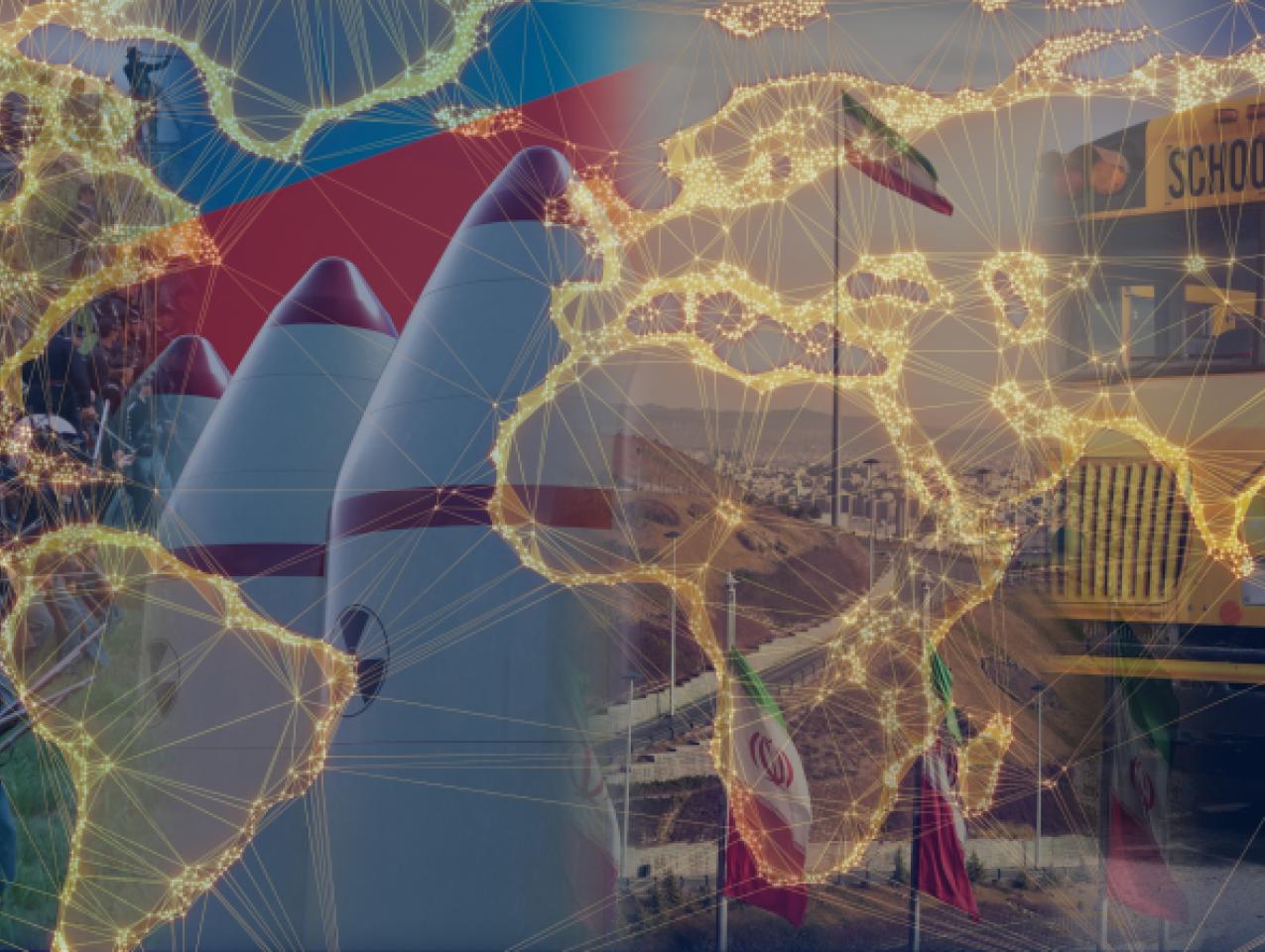 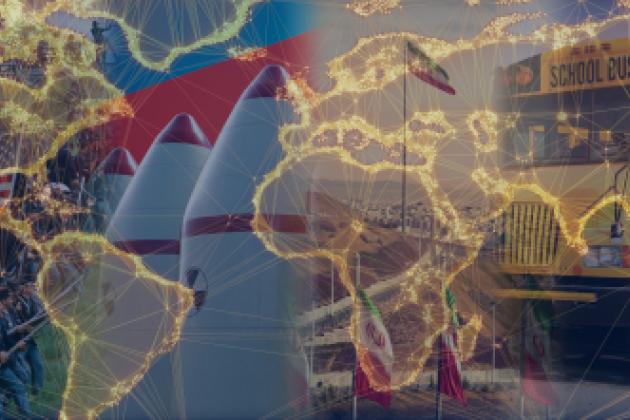 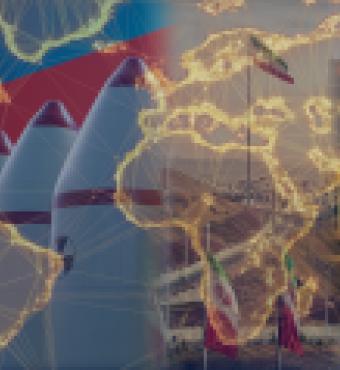 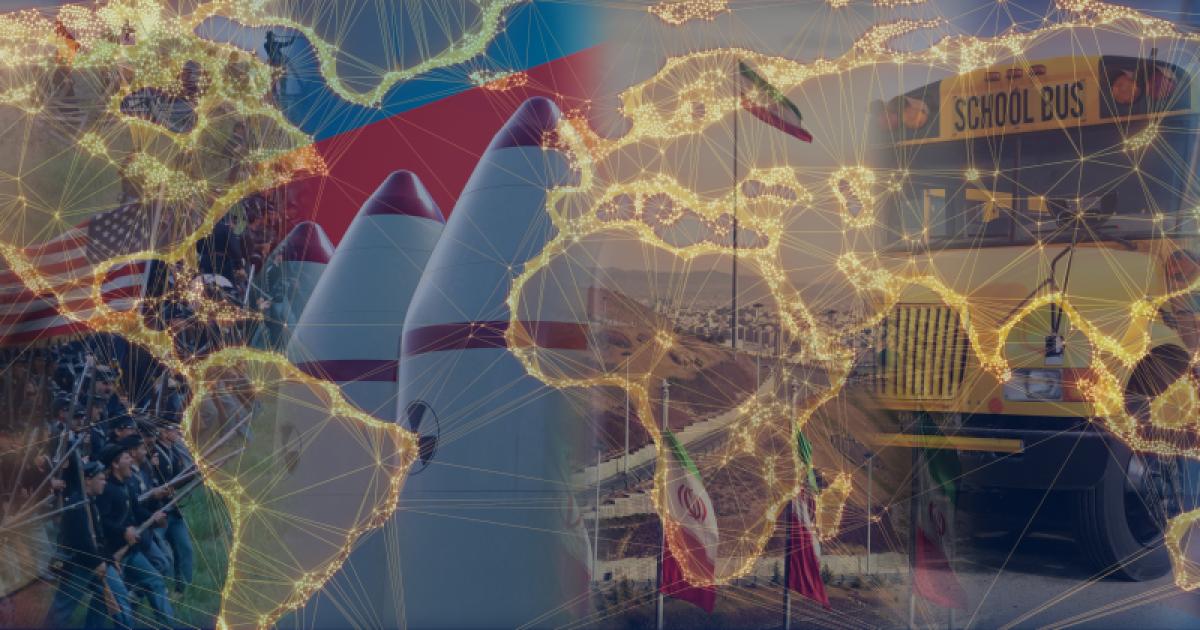 In 2018, the United States faced many issues at home and abroad: immigration, trade, Supreme Court justices, health care reform and Medicare for All, socialism, entitlement spending, the Middle East, Russia, North Korea, China, and the midterm elections, as well as infrastructure, deficits and debt, and tax reform. Throughout it all, in publications across the country, Hoover fellows offered their solid, creative, thoughtful, and scholarly insight, ideas, and policy recommendations. Here is a selection of their work in reverse chronological order.

THE GRACIOUS TOUGHNESS OF MY OLD BOSS, GEORGE H. W. BUSH
by Peter M. Robinson via the New York Post, December 3, 2018
Graciousness and toughness. Contradictory attributes though they may seem, they existed in equal, remarkably abundant measure in George Herbert Walker Bush.

IMAGINE WHAT WE COULD CURE
by J. J. Plecs, John H. Cochrane via The Wall Street Journal, November 25, 2018
The discovery that cigarettes cause cancer greatly improved human health. But that discovery didn’t happen in a lab or spring from clinical trials. It came from careful analysis of mounds of data.

GEORGE WASHINGTON WAS A MASTER OF DECEPTION
by Amy Zegart via The Atlantic, November 25, 2018
As we celebrate Thanksgiving weekend, a holiday first declared by George Washington’s presidential proclamation in 1789, it is worth remembering that deception played a pivotal role in America’s birth.

MORAL BANKRUPTCY
by Thomas Sowell via Creators Syndicate, November 19, 2018
People who follow politics, even casually, learn not to expect high moral standards from politicians. But there are some outrages that show a new low, even for politicians.

THE PRESENT AMERICAN REVOLUTION
by Victor Davis Hanson via National Review, November 13, 2018
The revolution of 1776 sought to turn a colony of Great Britain into a new independent republic based on constitutionally protected freedom. It succeeded with the creation of the United States.

THE FALSE PROMISE OF “MEDICARE FOR ALL”
by Scott W. Atlas via The Wall Street Journal, November 12, 2018
Cost is only part of the problem. Single-payer systems create long waits and delays on new drugs.

CONSERVATISM AND POPULISM GO BACK CENTURIES
by Peter Berkowitz via The Wall Street Journal, November 6, 2018
Of all the strange and remarkable features of politics in the Trump era, among the least surprising is the alliance between conservatism and populism.

BACKLASH BUILDS AGAINST BEIJING
by Michael Auslin via The Wall Street Journal, October 30, 2018
China wants to displace the United States as leader of the world, but it faces dissent at home and abroad.

THE PROBLEM WITH SOFT SOCIALISM
by Richard A. Epstein via Defining Ideas, October 29, 2018
The president’s Council of Economic Advisors warns of the perils of collective ownership.

HOW CLOSE IS THE UNITED STATES TO A CIVIL WAR?
by Niall Ferguson quoting Victor Davis Hanson, Morris P. Fiorina via the Boston Globe, October 29, 2018
At the beginning of the Cold War, the artist wife of the physicist Alexander Langsdorf came up with the image of the “doomsday clock.”

WE MUST PRESERVE THIS NUCLEAR TREATY
by George P. Shultz via The New York Times, October 25, 2018
This is the time to expand, not abandon, an important nuclear weapons agreement with Russia.

THE FAULT LIES IN R-STAR AND IN OURSELVES
by Kevin Warsh via The Wall Street Journal, September 25, 2018
The American financial system was at grave risk of collapse in September 2008. It was among the darkest economic periods in our nation’s history. All of us who were then on the front lines at the Federal Reserve and the Treasury have since repaired to less strenuous confines.

WHY THE LEFT IS CONSUMED WITH HATE
by Shelby Steele via The Wall Street Journal, September 23, 2018
Lacking worthy menaces to fight, it is driven to find a replacement for racism. Failing this, what is left?

RUBIO’S FAMILY-LEAVE BENEFIT WILL GO THE WAY OF ALL ENTITLEMENTS
by John F. Cogan via The Wall Street Journal, September 4, 2018
From Civil War pensions to Medicare and Medicaid, they always start modest, then bust the budget.

THE GOOD TIMES CAN ROLL ON
by Edward C. Prescott and Lee Ohanian via The Wall Street Journal, August 23, 2018
The economy isn’t on a “sugar high.” Pro-market policy improved incentives to work and invest.

THE ORIGINS OF OUR SECOND CIVIL WAR
By Victor Davis Hanson via National Review, July 31, 2018
Globalism, the tech boom, illegal immigration, campus radicalism, the new racialism … Are they leading us toward an 1861?

THE US NEEDS A RUSSIA STRATEGY NOW MORE THAN EVER
by Michael McFaul via Foreign Affairs, July 18, 2018
US president Donald Trump shocked the world earlier this week when, standing side by side with Russian president Vladimir Putin, he refused to accept the basic facts of the Kremlin’s interference in the 2016 US presidential election.

AMERICA CAN RIDE THE TWENTY-FIRST CENTURY’S WAVES OF CHANGE
by George P. Shultz via The Wall Street Journal, June 27, 2018
Fasten your seat belt. From work to warfare to welfare, technology is transforming the world.

THE ANTI-WOMAN VIOLENCE FEMINISTS ARE AFRAID TO CONFRONT
by Ayaan Hirsi Ali via the New York Post, May 24, 2018
Virtually every issue has become a partisan football in America’s politicized age of anti-Trump hysteria.

A DEBT CRISIS IS ON THE HORIZON
by Michael J. Boskin, John H. Cochrane, John F. Cogan, George P. Shultz, John B. Taylor via The Washington Post, March 27, 2018
For years, economists have warned of major increases in future public debt burdens. That future is on our doorstep.

PENSION ABUSE IN CALIFORNIA
by Richard A. Epstein via Defining Ideas, March 19, 2018
One of the main themes in the blockbuster case of Janus v. AFSCME—currently before the US Supreme Court—is the risk of having unions sit on both sides of the table in public-sector contract negotiations.

WILL SAUDI ARABIA FREE ITS WOMEN?
by Ayaan Hirsi Ali via The Wall Street Journal, March 7, 2018
Imagine the humiliation of a middle-aged mother having to ask a young son’s approval for life decisions.

HOW CALIFORNIA CAN STAVE OFF DAY ZERO
by Terry Anderson, Henry I. Miller via City Journal, March 1, 2018
Allowing markets to allocate water would result in more efficient use—and greater supply.

A BETTER WAY TO END BIG BANK BAILOUTS
by John B. Taylor via Economics One, February 22, 2018
The Report calls for a “more robust, effective, bankruptcy process for financial companies” along the lines of the “Chapter 14” proposal of the Hoover Institution Resolution Project, of which we are members, now written into legislation making its way through the House and Senate.

WHY AMERICA IS GOING BROKE
by John F. Cogan via The Wall Street Journal, February 21, 2018
The federal deficit is big and getting bigger. President Trump’s budget estimates a deficit of nearly $900 billion for 2018 and nearly $1 trillion (with total spending of $4.4 trillion) for 2019.

WHY SOCIALISM FAILS
by Paul R. Gregory via Defining Ideas, January 10, 2018
The Soviet disaster shows that modern economies are too complex to plan.

IN PRAISE OF HIERARCHY
by Niall Ferguson via The Wall Street Journal, January 5, 2018
Established, traditional order is under assault from freewheeling, networked disruptors as never before. But society craves centralized leadership, too.