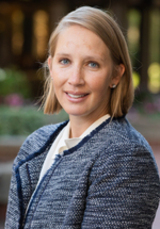 Megan Andros served for five years in the US Army. She received her bachelor’s degree from the United States Military Academy and her master’s in public service from Carnegie Mellon University. She is senior program officer at the Heinz Endowments and is responsible for the foundation’s veterans and Military Families Initiative.

CHALLENGE ADDRESSED: The health and human service sectors of the economy represent $6 trillion in annual expenses and 20 percent of US GDP. They operate independently from one another even though social, behavioral, and environmental factors account for as much as 60 percent of an individual’s health outcomes. Federal mandates and significant resources are driving these sectors together and encouraging the growth of networks across the country focused on addressing social determinants of health like access to healthful food, transportation, and stable housing. Despite data that suggests there is a right way to build and operate a network, the components of care coordination that are shown to drive improved health outcomes have not been mandated in enacted or proposed legislation connected with care coordination. My practical experience as a funder and hands-on partner of PAServes, a coordinated-care network for military veterans in Pittsburgh, Pennsylvania, gives me an in-depth understanding of this network’s operations and access to more than 23,000 referral records, and positions me well to propose much-needed federal care-coordination standards. 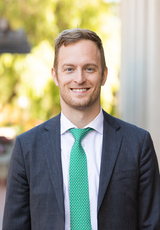 Philip Caruso received his bachelor’s degree from Cornell University, a master’s from Air Command and Staff College, and an MBA and juris doctorate from Harvard University. He is a senior associate at Onex Partners, a New York–based private equity platform focused on mid- to large-cap companies. He also chairs the board of directors at No One Left Behind, a nonprofit focused on advocacy and resettlement assistance for Iraqis and Afghans seeking immigrant visas.

CHALLENGE ADDRESSED: The United States currently offers Special Immigrant Visas (SIVs)—which facilitate permanent residency—to foreign nationals in Iraq and Afghanistan who were employed by the US government and who face the risk of physical harm or death in connection with that employment. The largest two of the three programs are temporary.

CAPSTONE GOAL: To improve US national security by extending the SIV program to foreign nationals who are employed by the US government worldwide, and making this a permanent program. Such a program would: 1) uphold America’s moral obligation to its partners and allies abroad; 2) demonstrate to current allies and partners that the United States will not abandon them, thereby improving the ability to build alliances and partnerships to achieve foreign policy objectives in countries worldwide; and 3) bring valuable language, cultural, and foreign policy expertise into the country for potential future service to the US government. 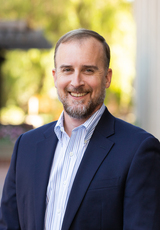 George “Donnie” Hasseltine served in the US Marine Corps for over two decades. He received his bachelor’s degree from the Virginia Military Institute, a master’s from Naval War College, and executive master’s in cybersecurity from Brown University. He is the chief security officer at Xenon Partners, a San Francisco–based private equity firm specializing in the software industry.

CHALLENGE ADDRESSED: In any given year, the average Californian is unlikely to experience wildfire loss, but currently—or in the very near future—they are likely to experience disruption of the insurance market caused by the increasing number and intensity of wildfires.

CAPSTONE GOAL: The development and circulation of a comprehensive solution to wildfire-caused disruptions of the insurance marketplace in the form of three distinct but interconnected proposals for government, the insurance industry, and homeowners. (Project with Dave Winnacker) 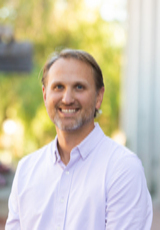 Peter Koziol served in the US Navy for six years. He received his bachelor’s degree from the US Naval Academy, a master’s in international relations from Georgetown University, and an MBA from Stanford University. Based in Utah, he works as a portfolio manager for Bienville Capital, focusing on global macro- and cryptocurrencies.

CHALLENGE ADDRESSED: China is waging economic and technological war on the United States in the biggest threat to our national security. Two components of China’s strategy require an immediate, whole-of-government approach to prevent major lasting damage. First, the rollout of China’s central bank digital currency (CBDC)—the digital yuan—presents the risk of a competitive, censor-prone currency as well as the accelerating roll-out of an authoritarian tech stack across the developing world via the Belt and Road Initiative. Second, within the current US-China private investment relationship, trillions of dollars in Western capital are vulnerable to being nationalized inside the closed Chinese economic system.

CAPSTONE GOAL: To leverage my professional experience, expertise, and network in the financial sector and in national security, this project will seek to inform and advocate for new approaches to the emerging economic challenges posed by the Chinese Communist Party (CCP). 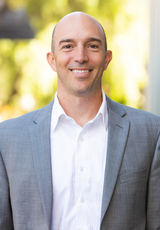 Nick Mastronardi served in the US Air Force for ten years. He received his bachelor’s degree from Notre Dame University and a PhD in economics from the University of Texas–Austin. He is the CEO of Polco, a Wisconsin-based civic engagement and advanced policy polling company.

CHALLENGE ADDRESSED: In cities and counties across the country, there is an unfortunate trend of polarization, division, and apathy when it comes to civic engagement. Americans today have grown accustomed to low expectations from their state and local governments, and residents know very little about the programs, outcomes, and returns on investment. Advances in communications technology, data, analytics, and visualization capabilities have the power to turn the trend around. These indicators capture and measure current public opinion, satisfaction, and trust, providing a means to identify what programs are working and which ones are not.

CAPSTONE GOAL: To usher in better data-driven governance by public officials that reverses the trend of citizen apathy, polarization and diminished confidence in government. 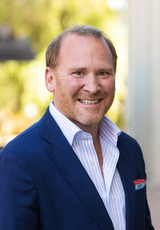 Robert Murray served for 25 years in the US Air Force. He received his bachelor’s degree from Northwestern University, a master’s in strategic studies from Johns Hopkins School of Advanced International and Strategic Studies, and an MBA from the Wharton School of Business at the University of Pennsylvania. He is the chief executive of Terranet Ventures, a New York–based private equity firm specializing in cybersecurity, digital currency, and other IT issues in the United States & overseas.

Blockchain in the Heartland: Galvanizing Local Economies by Delivering Digital    Currencies and Other Web3 Technologies to Small Businesses

CHALLENGE ADDRESSED: Small US businesses are under siege from the combination of problems brought about by the COVID-19 pandemic; accelerating market dominance of national chains; disruption of small business ecosystems by e-commerce behemoths such as Amazon and Doordash; and rising financial transaction costs from banks, web-hosting providers, and credit card companies. Decades of research across many locations reveals that diminished local spending and small business profitability means diminished local economic growth: for each dollar spent there by consumers, local retail establishments deliver three to four times the economic value to a local community than chain competitors. Just a 10 percent reallocation of consumers’ purchases away from national retailers and back into their local communities can yield a local GDP boost of 3 to 5 percent. When local businesses are distressed, local economies lose—and ultimately, so does the vitality of the American heartland and liberal economies everywhere.

CAPSTONE GOAL: To launch a blockchain-based “Shop Local Marketplace” platform, in conjunction with multiple national small business organizations who have already signed onto the project. This platform will provide small businesses across the United States with the Web3 technology needed to grow and flourish individually, initially by attracting non-local customers at little to no cost to the business through a national online registry and basic Web3 tools and applications. 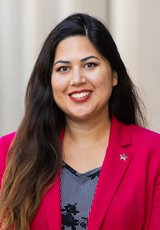 Mary Kate Soliva served in the US Army with a combined service of twelve years. She received her bachelor’s and MPA degrees from the University of Guam and is currently pursuing a doctorate in criminal justice from Saint Leo University, where she is the president of Student Veterans of America. She is transitioning from her service as a noncommissioned army officer specializing in psychological operations.

Bridging the Gap: Strengthening Guam’s Counter–Human Trafficking Efforts between the US Military and Civil Society

CHALLENGE ADDRESSED: In Guam, a lack in awareness, education, and training is contributing to a lackadaisical attitude and belief that human trafficking is not a problem. However, illicit massage parlors selling sex and using forced labor thrive due to various contributing cultural factors. Police in Guam have limited resources, funding, and personnel needed to tackle human trafficking. The Council on Foreign Relations and others have identified human trafficking as not only an affront to human rights and dignity but also a security concern, fueling conflict, bolstering corrupt regimes, and destabilizing communities. To counter the problem more effectively, the US military and Guam stakeholders need to project their power and influence to advance understanding of sex trafficking island wide. 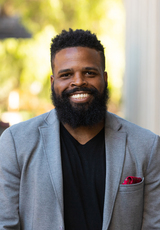 Mike Steadman served in the US Marine Corps for five years. He received his bachelor’s degree from the US Naval Academy and a master’s in American studies from Rutgers University. He is the founder and CEO of both Iron Bound Boxing and Iron Bound Media, which are based in Newark, New Jersey.

CHALLENGE ADDRESSED: Newark, New Jersey, faces an unemployment rate of 7.8 percent (70 percent higher than the national average), and 37 percent of Newark residents live below the poverty line (twice the national average). Fewer than one in five jobs in the city are held by Newark residents, despite it being the headquarters city for corporations such as Audible, Prudential, and energy utility PSE&G. With the economic devastation caused by the pandemic and the increased requirement for technological literacy, the future of work for the city’s youth and young adults is urgent.

CAPSTONE GOAL: To raise support and awareness for the IRONBOUND Courage Academy, an innovative capacity building program for urban youth and young adults, especially from low-income families. The Courage Academy will be a co-located boxing gym and small business incubator space that will provide entrepreneurship teaching and job training to expand the employment opportunities available to urban youth. The Courage Academy is an extension of IRONBOUND Boxing which excels at building kids up mentally, physically, and spiritually. 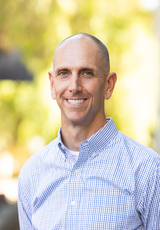 Dave Winnacker has served in the US Marine Corps since 1997 in active-duty and reserve capacities. He received his bachelor’s degree in history from the University of California–Santa Barbara and is the fire chief for the Moraga-Orinda Fire Protection District in California.

CHALLENGE ADDRESSED: In any given year, the average Californian is unlikely to experience wildfire loss, but currently—or in the very near future—they are likely to experience disruption of the insurance market caused by the increasing number and intensity of wildfires.

CAPSTONE GOAL: The development and circulation of a comprehensive solution to wildfire-caused disruptions of the insurance marketplace in the form of three distinct but interconnected proposals for government, the insurance industry, and homeowners. (Project with Donnie Hasseltine)